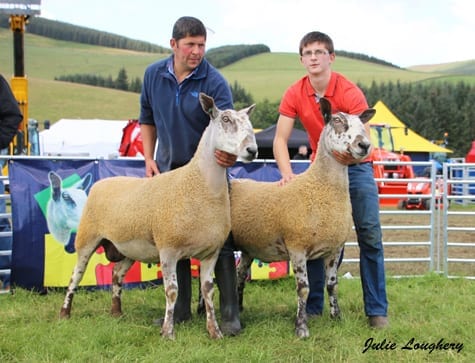 The 2015 Scottish Region Progeny Show was kindly hosted by Peebles Show on Saturday 15th August. With the very heavy rain the previous day we arrived to what was a very muddy show field, but the sun shone and the mud dried up for what turned out to be a very successful day for the show and the Bluefaced Leicester Association.

In a first for an agricultural show in Scotland the decision was taken to have two completely separate classes for the Bluefaced Leicesters – the traditional type and the crossing type. This proved to be a very popular decision with members bringing forward a bumper entry of 270 sheep in total for our two judges to find their respective champions from.  There were 160 in the traditional section and 110 in the crossing type section.

In the crossing type ring Graham Loughery awarded his champion to an eye catching homebred gimmer from M R Thornborrow & Sons, Dawyck and she is sired by 2904/F10 Penhill.  The reserve champion was awarded to the first prize ram lamb from J Wight & Sons, Midlock and he is sired by 980/E1 Hewgill.

In the progeny classes Graham awarded his overall champion group to J Wight & Sons, Midlock with their pair of homebred aged ewes 1538/E89 and 1538/D109, and they were sired by the 980/C2 Hewgill. The reserve group was also awarded to the Wight family, Midlock with their group of three ram lambs and this group were all sired by the 980/E1 Hewgill.

In the Mule section the judge was Mr John McDougall.  In the open classes he awarded his champion to an outstanding gimmer from Andrew Campbell, Drimsynie, and she was sired by the £8000 E038 Marriforth Batman which Andrew bought in Hawes two years ago. Reserve champion was awarded to Wallace Parker, Old Hall, with his aged ewe.

This rounded off a tremendous day all round for all exhibitors and our judges.

Aged Ewe Two Shear Or Over

Progeny Show - Pair Of Ewes Sired By The Same Sire 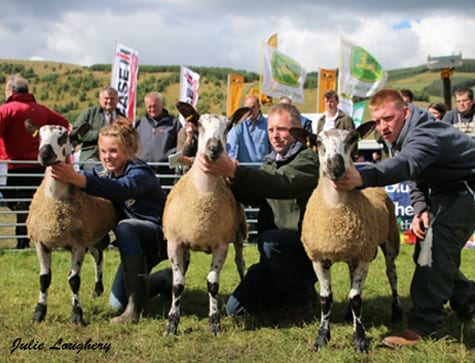 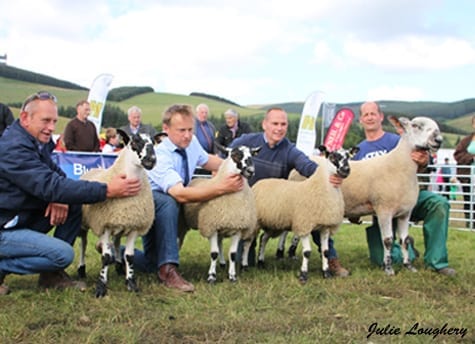 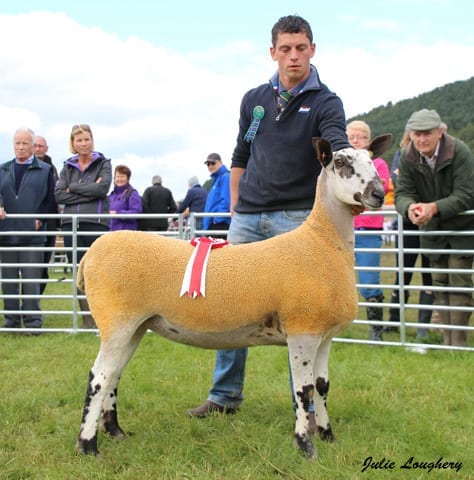 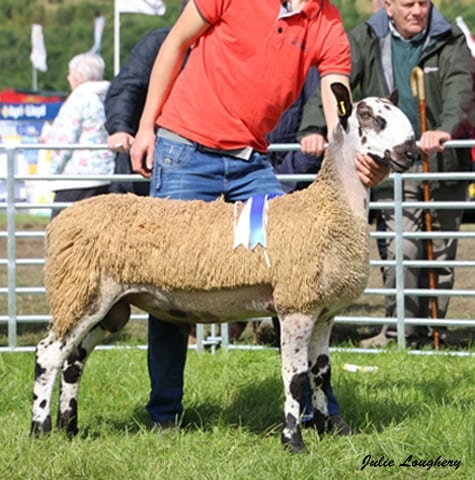 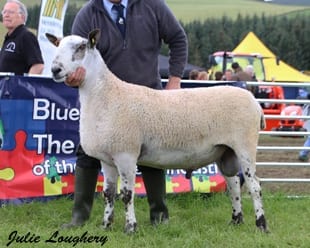 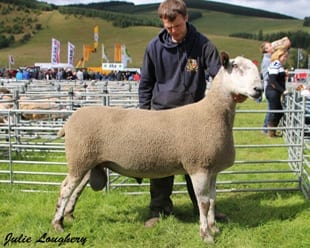 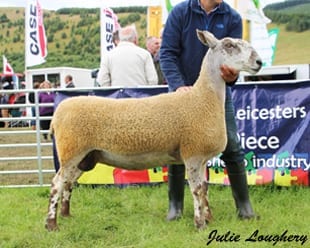 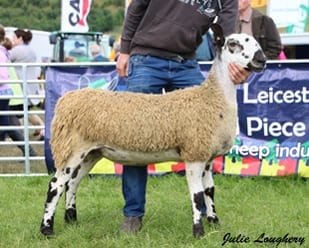 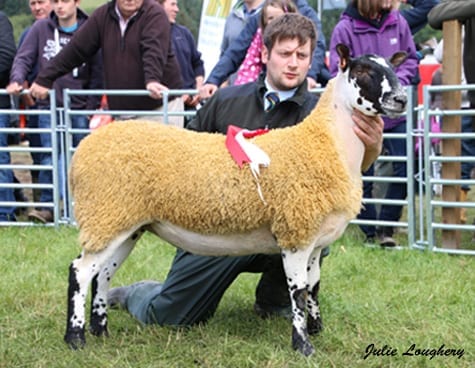 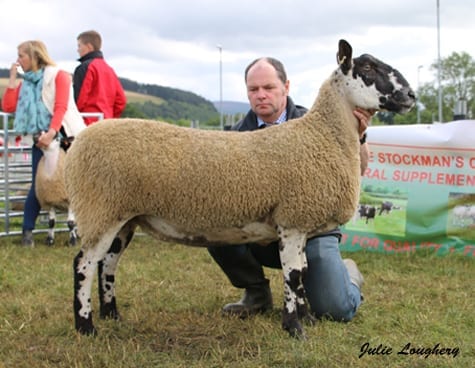 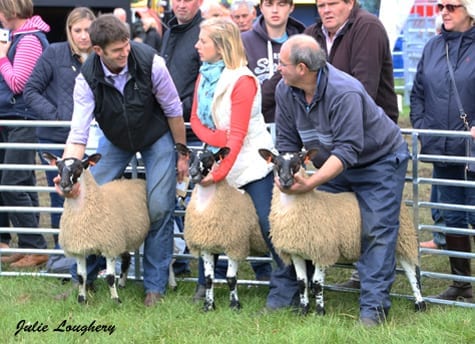 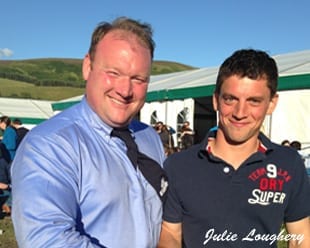 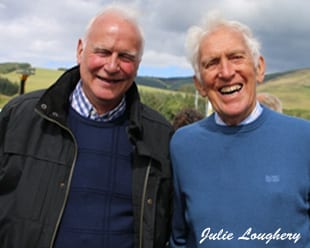