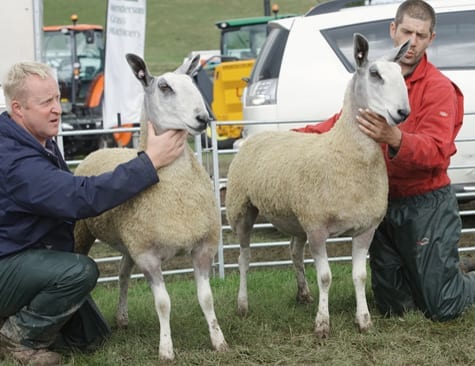 The 2016 Scottish Region Progeny Show was kindly hosted by Peebles Show on Saturday 13th August. As in 2015 with very heavy rain in the days running up to the show, we arrived to a very muddy show field, but the sun came out, and it turned out to be another very successful day for the Bluefaced Leicester Association. Our judge in the traditional ring was the highly respected member of the Association, Mr Clark Lamont from Castle Douglas.

With a quality selection of sheep put forward for judging, Clark Lamont awarded his Champion in the open classes to an outstanding two crop ewe from R A McClymont & Son, Kirkstead. She is the same ewe who carried home the Overall Championship at this show last year, and is a homebred ewe sired by the 6,800 gns Shrewbridge D17 bought at Builth Wells, and out of a homebred ewe by a £2200 Carry House. She also went on to be awarded overall Reserve Interbreed sheep on the day. The Reserve Champion was awarded to a ram lamb from M & N Gray, Espley sired by the £8500 F2 Ashes tup bought at Carlisle, and out of a homebred ewe by a Grugoer sire. He was first prize at the Royal Highland Show and is destined to be offered for sale at the Association sale at Builth Wells this September.

In the progeny section, Clark awarded his Champion group to R A McClymont & Son, Kirkstead with a pair of gimmers sired by the 6,800 gns Shrewbridge D17 bought at Builth Wells. One of these gimmers stood first in her class at the Royal Highland Show. The reserve group was awarded to M & N Gray, Espley with a pair of tup lambs sired by the £8,500 F2 Ashes bought at Carlisle, and one of these lambs was the Reserve Champion at the show. 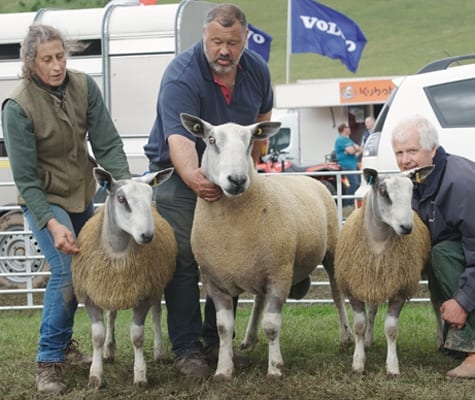 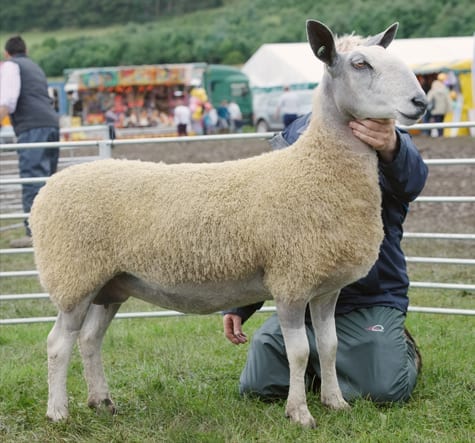