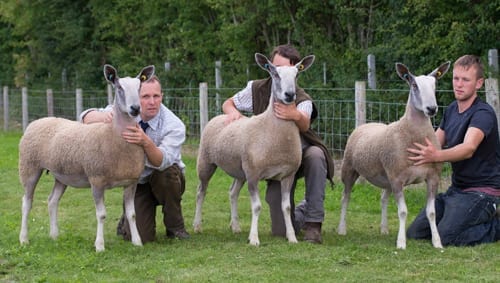 Welshpool Progeny Show has become one of the highlights of the Bluefaced Leicester calendar attracting quality sheep in good numbers with a similar entry to last year. The weather was dry and bright, not too hot perfect for showing sheep. A number of tup buyers walked the pens as it was also sale day there. It was encouraging to see new breeders including Stuart Lane showing for the first time.

Judge Andrew Hewson, Parton Flock gave the champion ticket to M C Roberts, Myfyrian flock, Anglesey for a ewe lamb sired by homebred tup Myfyrian C1, who was champion at this event in 2010. C1 also sired the ewe lamb that was champion here in 2011. C1 was sold at Builth Wells for 4800 gns. Myrfyn retained a half share in him with the other half going to Alan Clarke, Mossermains flock.

Winning the shearling ram class was S A Harding with a Long Mynd tup bought at Carlise last year for £7500 after winning the championship at the pre sale show. He was sired by Cassington C1 “Elite Plus” and out of a ewe by Cassington W2.

Reserve overall and male champion was Elfyn Owen, Cernyw Flock with a two shear Howlea ram bought as a lamb from Carlisle. This ram was champion at Denbigh and Flint County show the previous week.

Winning the ram lamb class was Phil May, Derwenlas flock with a lamb by a home bred sire 2280/D3 which was champion male at the Royal Welsh in 2012 and 2013 and will be offered for sale at Builth this year.

There was a massive yearling ewe class, the biggest class of the day. The reserve female champion was from Aled Jones, Craig yr Orsedd flock with a sharp embryo yearling ewe by the renowned sire Arkleby B1 and out of W41 Craig yr Orsedd. This ewe reared the top price Leicester at Builth sale in 2006, 3363/Y12 achieving £1940 and whose twin brother was retained and achieved Elite plus status.

Champion group were three very strong yearling ewes by Arkleby B1 E+, including the winner of the yearling ewe class. These three ewes had won their class as lambs shown with their sire at last year’s progeny show. It is intended to flush embryos from at least one of these gimmers as they have been outstanding since they were born.

Three ram lambs from Phil May’s Derwenlas flock were the reserve progeny group. These were by the same home bred sire 2280/D3 that sired the first prize lamb.

Elfyn Owen’s recorded ram lamb was sired using AI by the homebred L20 E+. This lamb had an amazing carcase and is typical of the L20 stamp, a ram which was widely used in the Sire Reference Scheme. Recorded progeny group of a ram lamb and ewe lamb with their sire was won again this year by Aled Jones, Craig yr Orsedd flock with Arkleby B1, the ewe lamb being a full sister to the first prize yearling ewe.

Champion in the Mule section was from renowned Bluefaced Leicester and Mule breeder Stephen Abberley, Old Hemley flock. It was a coloured type ewe lamb by Marriforth D4 that caught the eye of judge Mr Jones, Deri Flock. Reserve champion was Miss D Williams, Daisy flock with a white-faced type Mule ewe lamb by the Craig Yr Orsedd tup E15 bought out of Carlisle last year for £1200. This tup also sired the reserve progeny group for Miss Williams. Champion in the Mule progeny section was Michael James, Duhonw flock with three smart ewe lambs by Old Hemley D7 bought at Hawes in 2011 for £6500 and sired by Tanhouse Farms C2.

Progeny Show - Three Ram Lambs With Or Without Their Sire

Prgeny Show - Three Ewe Lambs With Or Without Their Sire

One Mule Ewe Lamb (any other type) 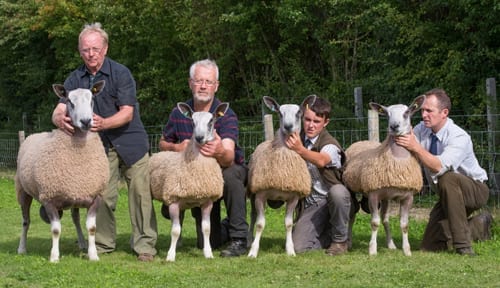 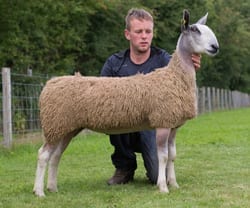 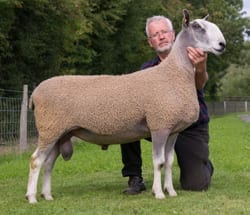 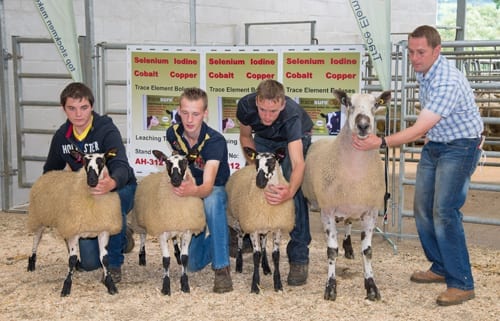 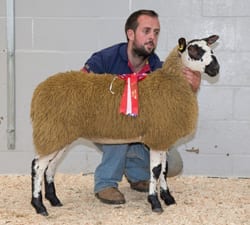 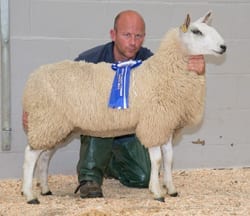 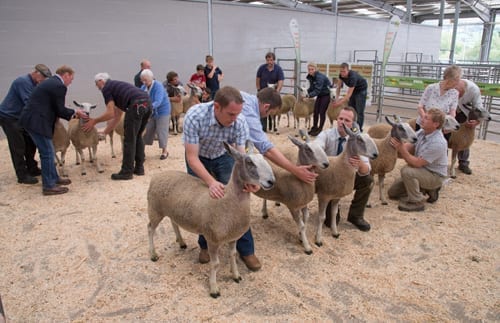 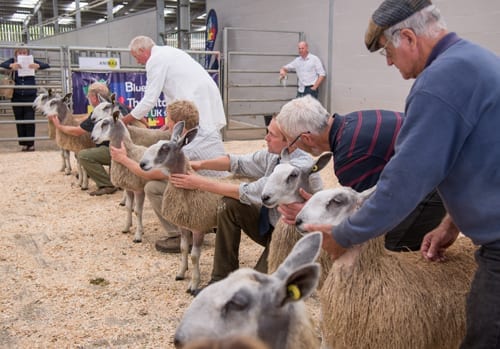 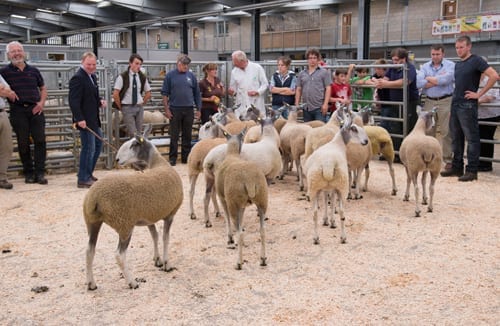 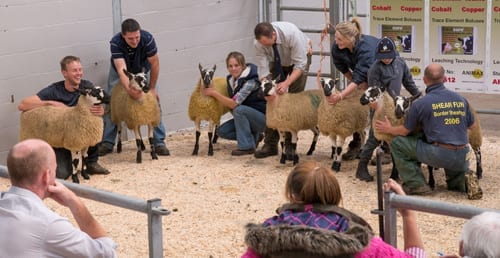 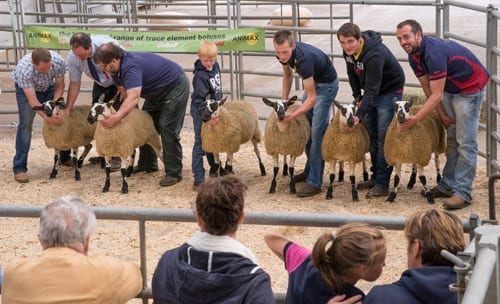