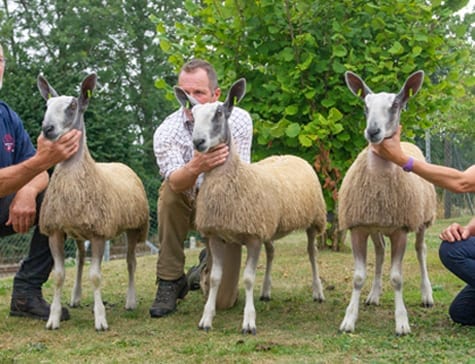 Bluefaced Leicester Section
In the individual classes, Alan awarded his overall Champion to his female Champion, an outstanding shearling gimmer shown by Jacqui McLeod, Wanstead. She was bought as a ewe lamb from Jacqui’s neighbour Mick Jones, and is 4609/K016 Fairview. She is sired by the 3649/G002 Wanstead, and out of a Shrewbridge ewe 3114/F035 which is sired by the D4 Lowes Fell.

She has brought Jacqui tremendous success this summer taking the Overall Breed Championship at Eglwsbach Show, finishing third in the Interbreed Championship, and at the Royal Welsh Show she won her shearling gimmer class and then went on to take the reserve female championship. She will be kept in the Wanstead flock to hopefully go on and breed future show champions for Jacqui.

Taking the reserve overall Champion crown for the second year in a row was the reserve female champion the eye catching homebred aged ewe from Elfyn Owen, 1070/G057 Cernyw ‘Gloria’. She is sired by 4264/D003 Howlea, and out of a homebred ewe sired by 1070/Y001 Cernyw. She has also seen success again in the show ring this year taking the Overall female Championship at the Royal Welsh Show, following that she took the Overall Championship and Overall Interbreed Championship at Anglesey Show

Completing the female section Aled Jones, Craig yr Orsedd took the honours in the ewe lamb class with a sharp homebred lamb by the homebred tup 3363/J25 Craig Yr Orsedd and she is out of a homebred ewe.

The male Champion was awarded to an outstanding homebred shearling ram from T R Harris, Bonvilston 2906/K30, and is sired by 2864/G2 Cendy, and out of a homebred ewe sired by the Broomhills 7/B4.

The reserve male Champion also came from the Bonvilston flock of T R Harris. This aged ram 2864/G2 was bred by Caleb Thomas, Cendy flock and is sired by the 3363/B4 Craig yr Orsedd. In 2016 he won the Overall breed Championship at the Royal Welsh Show.

Tudor Harris also took the red rosette in the ram lamb class with an eye catching homebred lamb 2906/L001. He is sired by the T1 Cocklaw out of Shrewbridge 3114/A69 who is the mother of the homebred ram 2906/C1 which was sold for 4000 gns as a four year old at the NSA Wales & Border Ram Sales at Builth Wells in 2013 to the Burndale Flock in the North of England, and he later went on to sire the Overall Breed Champion in the traditional section at the Royal Highland Show in 2016 and repeating the success in 2018.

In the progeny classes Alan awarded his champion group to Aled Jones, Craig Yr Orsedd with his group of three ewe lambs. The lambs were sired by 4425/J1 Logie Durno which was bought by Aled for 4200 gns at the NSA Wales and Border Ram Sales, Builth Wells in 2017. He is by the G4 Street which was a 2200 gns purchase out of Carlisle and out of a ewe by E24 Myfyrian Blue Dragon.

The Reserve Champion progeny group was awarded to the three shearling ewes by the same sire from Elfyn Owen, Cernyw. The homebred shearling ewes were sired by the Performance Recorded 1257/G5 Cassington which is being offered for sale at the forthcoming NSA Wales & Border Ram Sales – Builth Wells on the 17th September.

Mule Section
With only a small but select show of Mules forward, Alan McClymont also took on the task of judging the Mule classes. He found his breed champion in the first prize ewe lamb (coloured type) from the Myfyrian flock of Myrfyn & Jayne Roberts. This strong ewe lamb is sired by a Carry House ram. Will Jones, Gwenthriw took the Reserve Championship with a shearling ewe.

In the progeny section, the champion group was awarded to Elfyn Owen’s group of three Mule ewe lambs (whitefaced type) shown with their sire 1257/G5 Cassington. In the young handlers section the Overall Champion was awarded to Master William Jones, from the Blue Force flock.

Progeny Group - Three Ram Lambs With Or Without Sire

Progeny Group - Three Ewe Lambs With Or Without Sire

One Mule Ewe Lamb (Other Type) 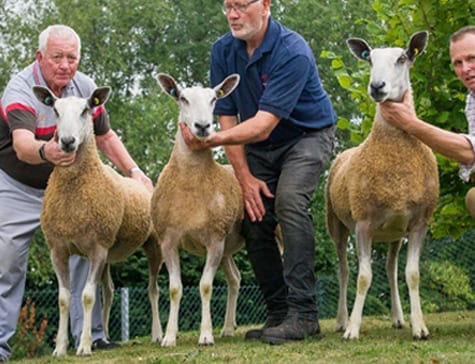 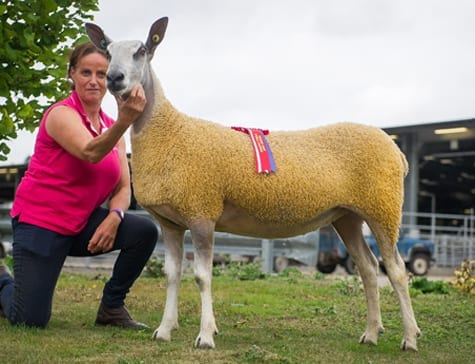 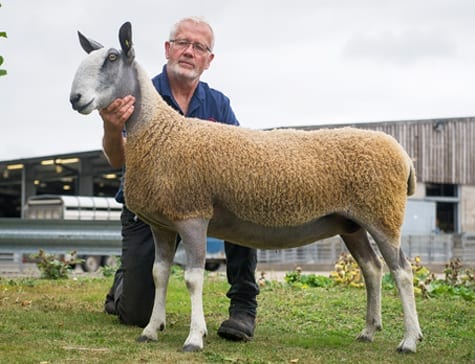 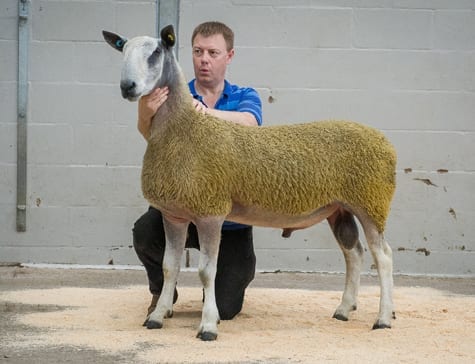 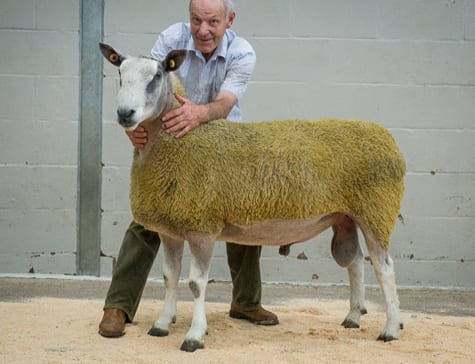 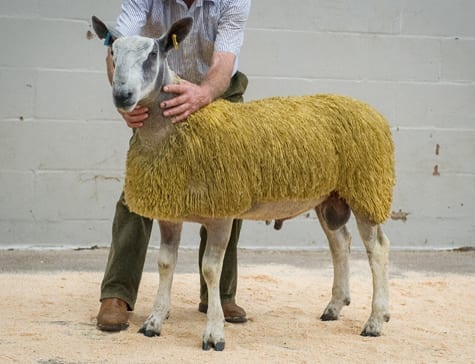 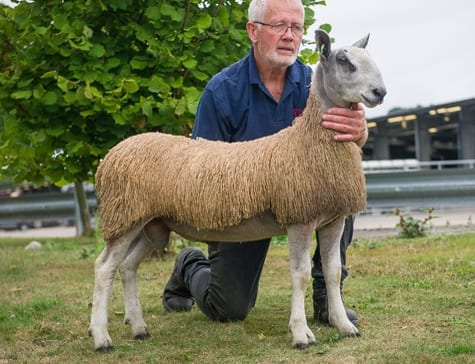 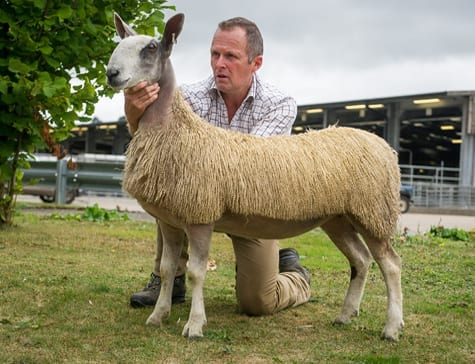 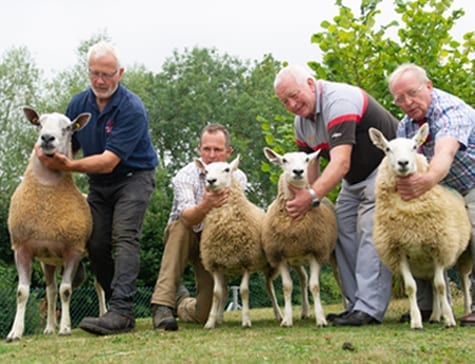 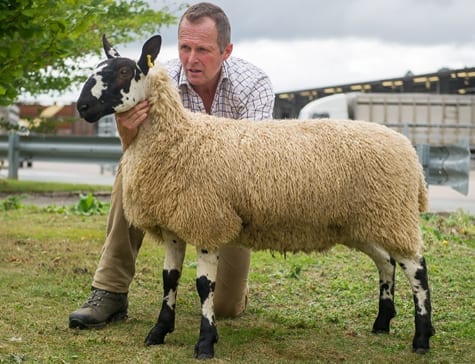 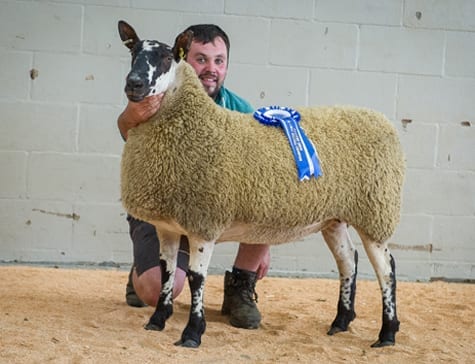