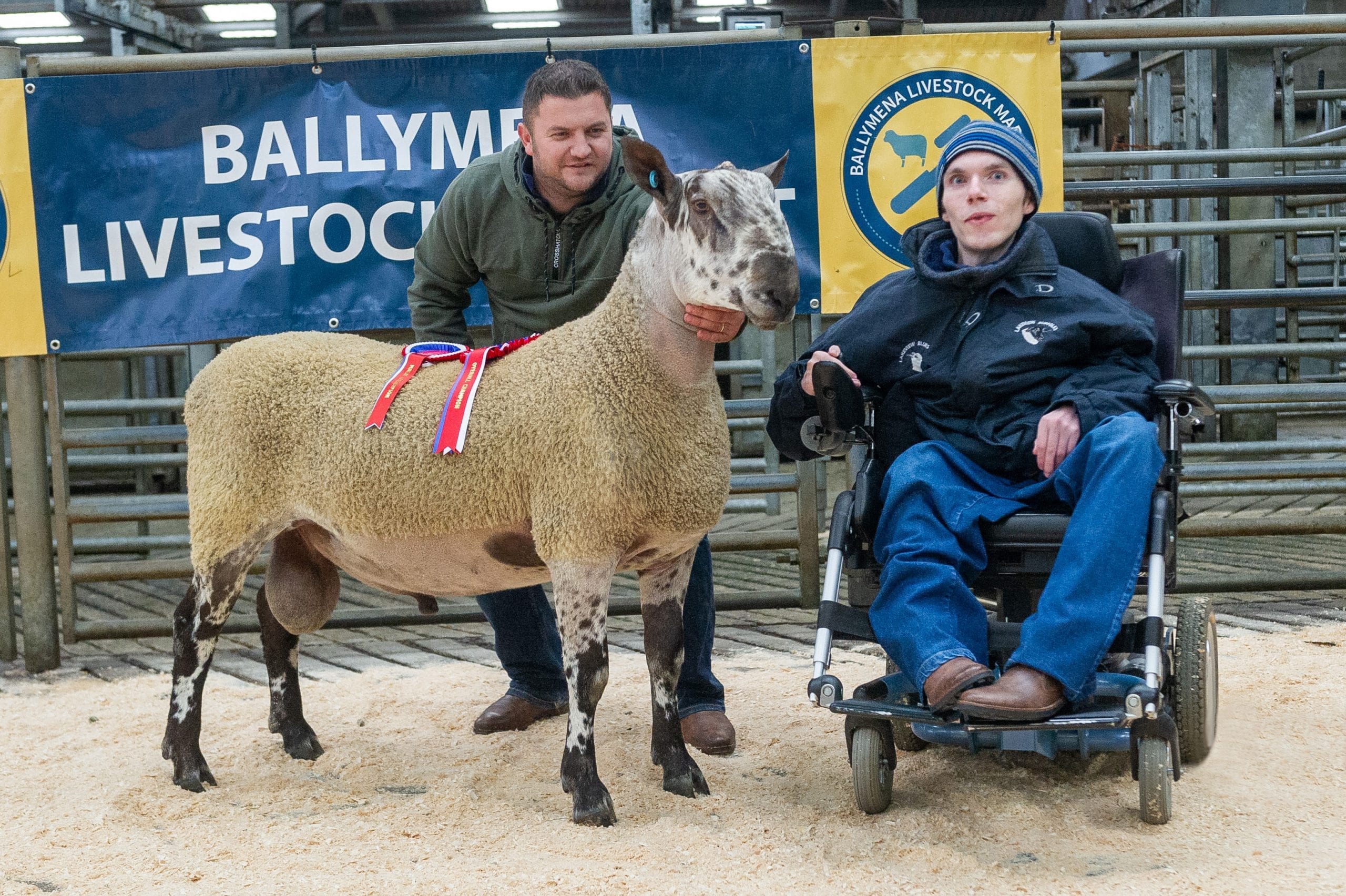 Once again Bluefaced Leicester Sheep in Ballymena were in great demand.   Averages fell slightly on the year but with 70 more sheep forward a good crowd, plenty of buyers this resulted in a tremendous clearance rate.

Topping the days trade was a cracking April born tup lamb from the Holmview Flock of J Adams & Sons, this lamb was 1st prize in the presale show and reserve overall, judged by Tom Willoughby, Penhill, by J1 Carryhouse in a 3 way split to Hugh Henry, Starbog, William & Michael Smyth, Foyleview and G & J Loughery, Temain at 7000gns.   The Holmview flock enjoyed a fantastic day also receiving 3800gns for another Carryhouse Son, selling to Graham Cooke, Gortin and R & S Hayes, Castledamph, and another 3200gns to Kieran McGrath, Donegal.   Joe Adams & sons were also awarded the Kerr memorial cup for the best pen of sheep an average just short of 2000gns for 12 lambs.   Michelle Wright also had a day to remember selling 2 ram lambs at 3000gns 1st being a J2 Dawyck son, selling to Craig Thornbrough buying back some of his own blood, and a K17 Drummuck son to Paul Samon, Tipperary, next in the lamb section Misty Burn received 2800gns for his G1 highberries son finding a new home with Brendan Blaney, Teivebuaile Farm.

The Female section was topped by G&J Loughery with a K5 Hegwill daughter selling across the water to Tom Willoughby, Penhill for 1200gns,   Declan McKillop, Giants Causeway received 1100gns twice and 1000gns for 3 females. 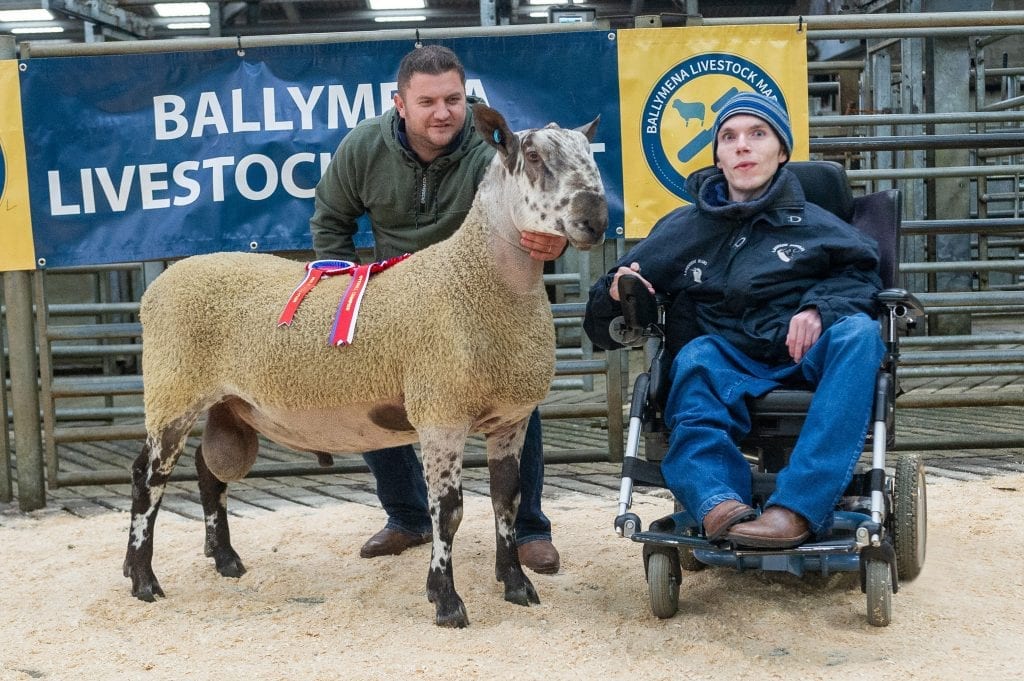 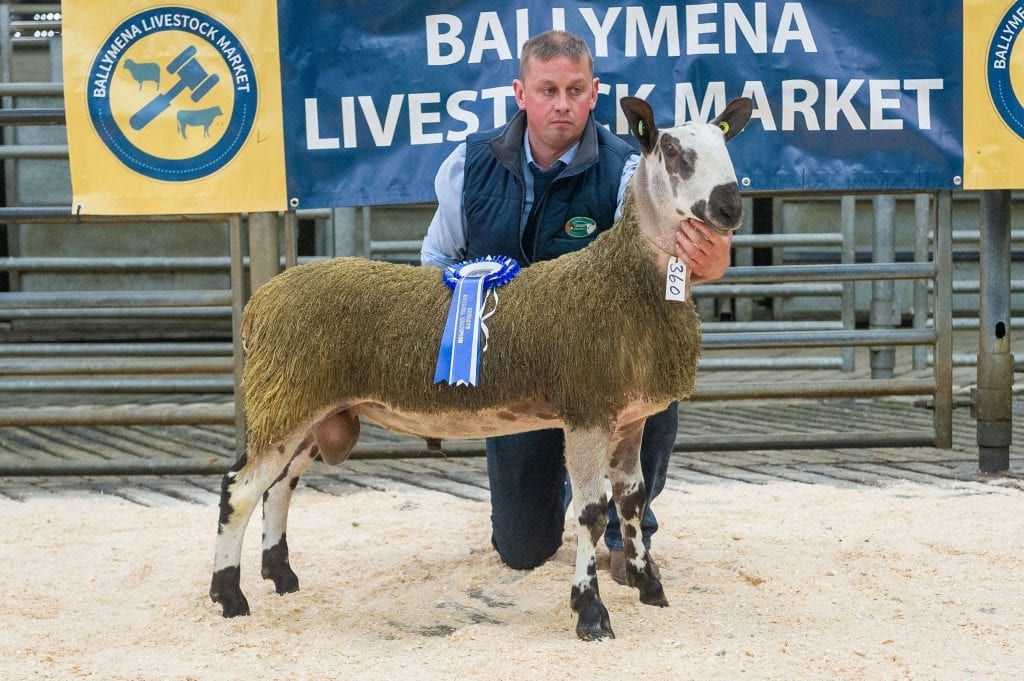 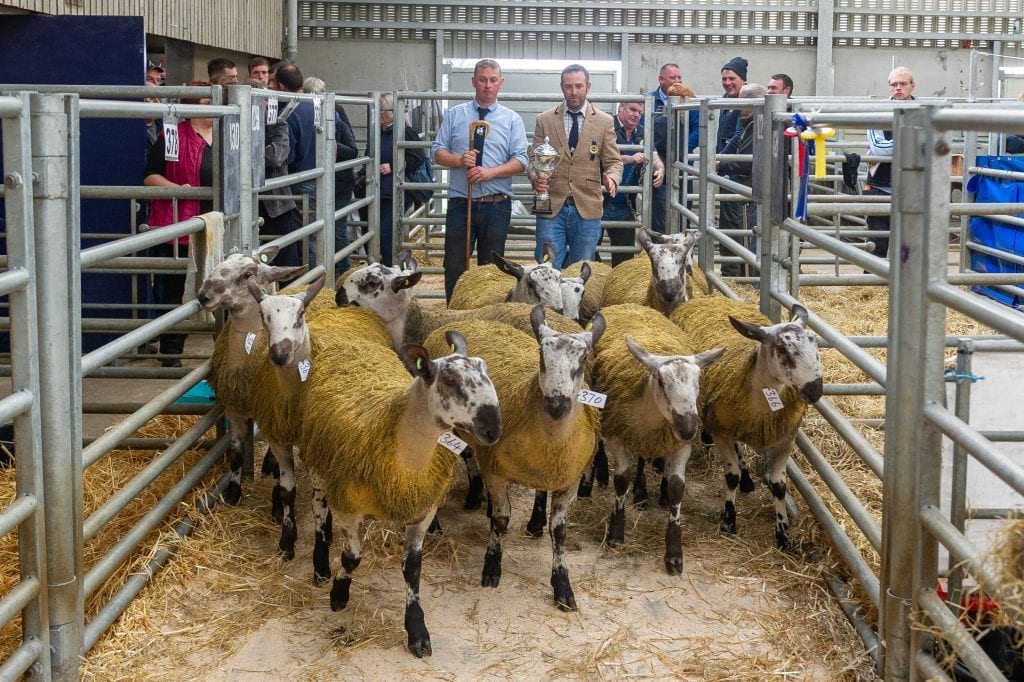 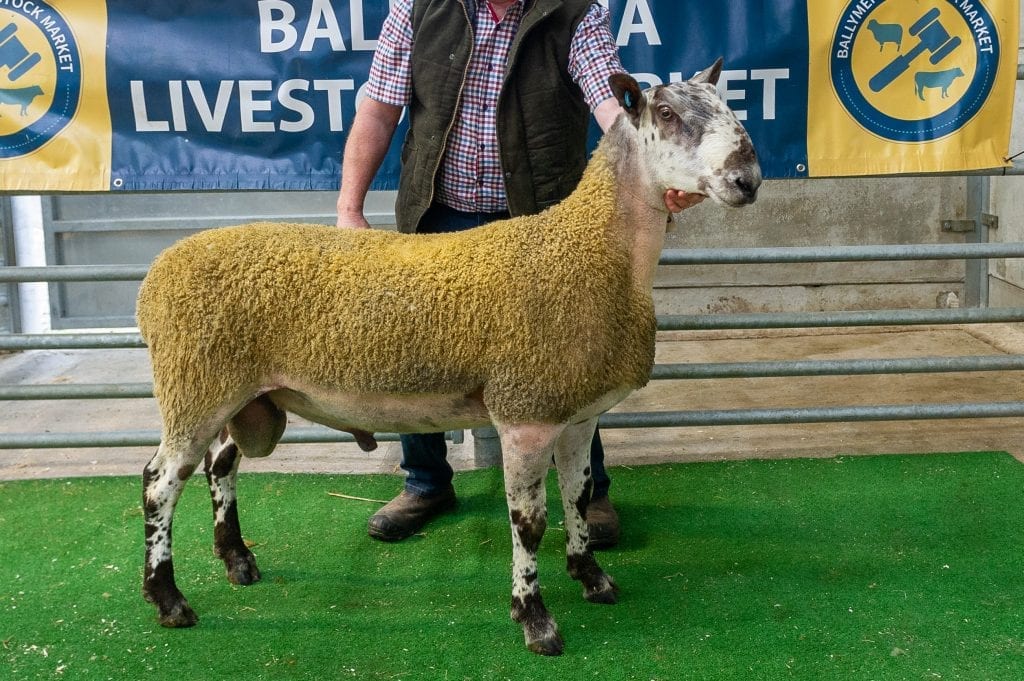 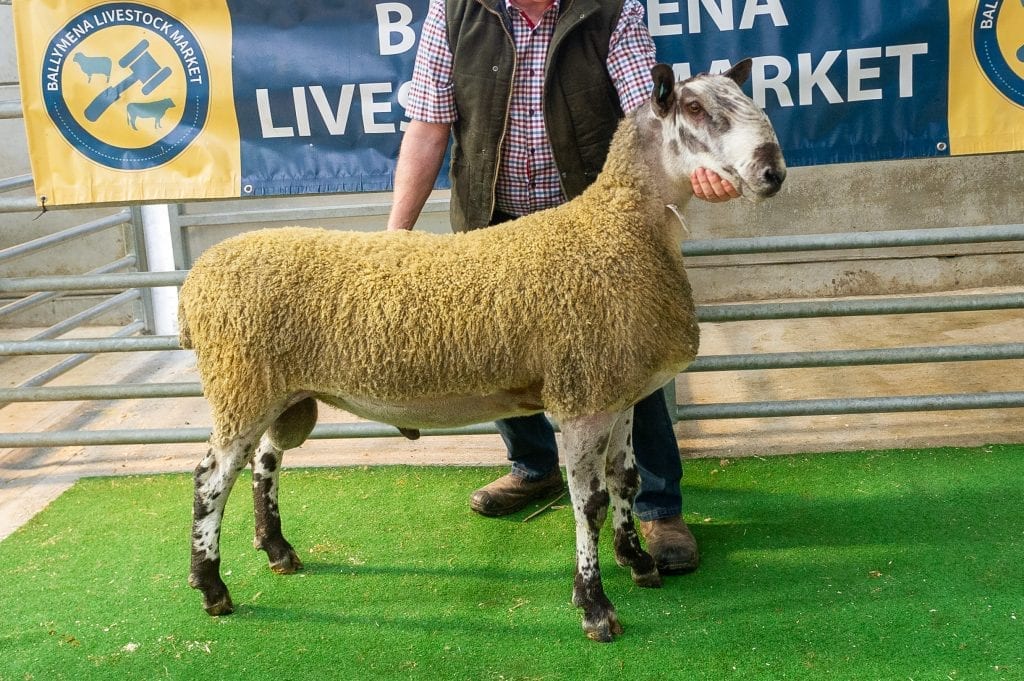 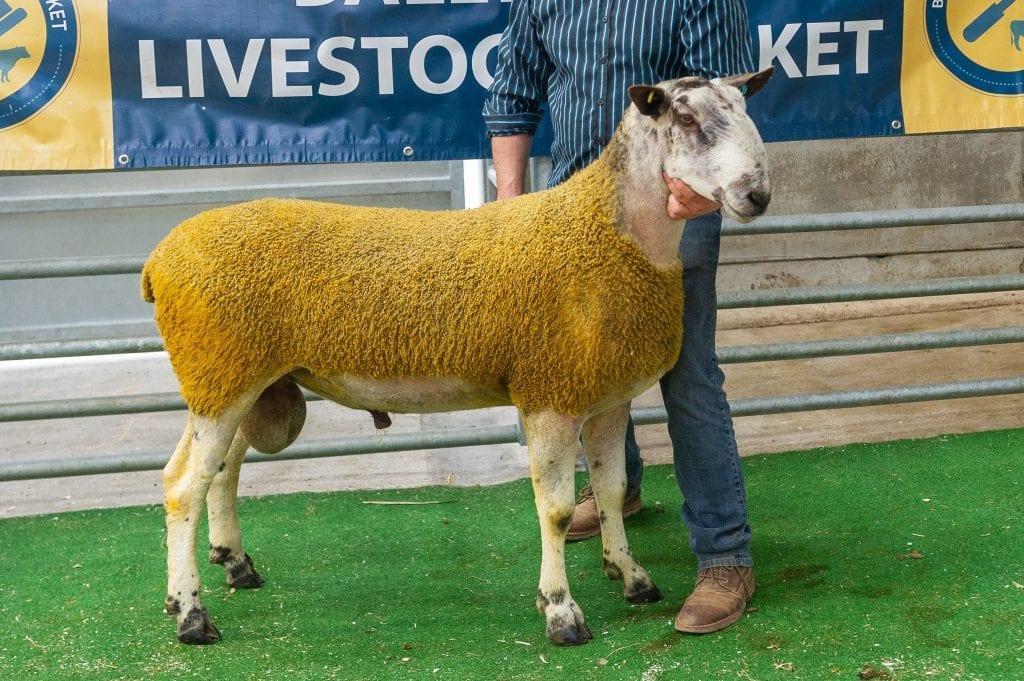 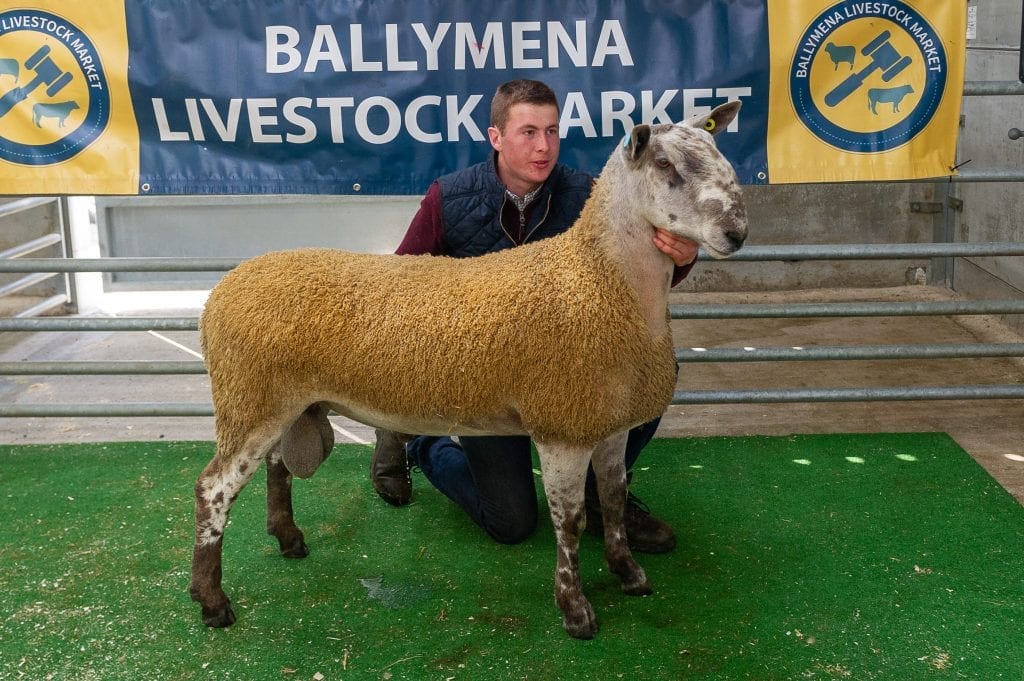 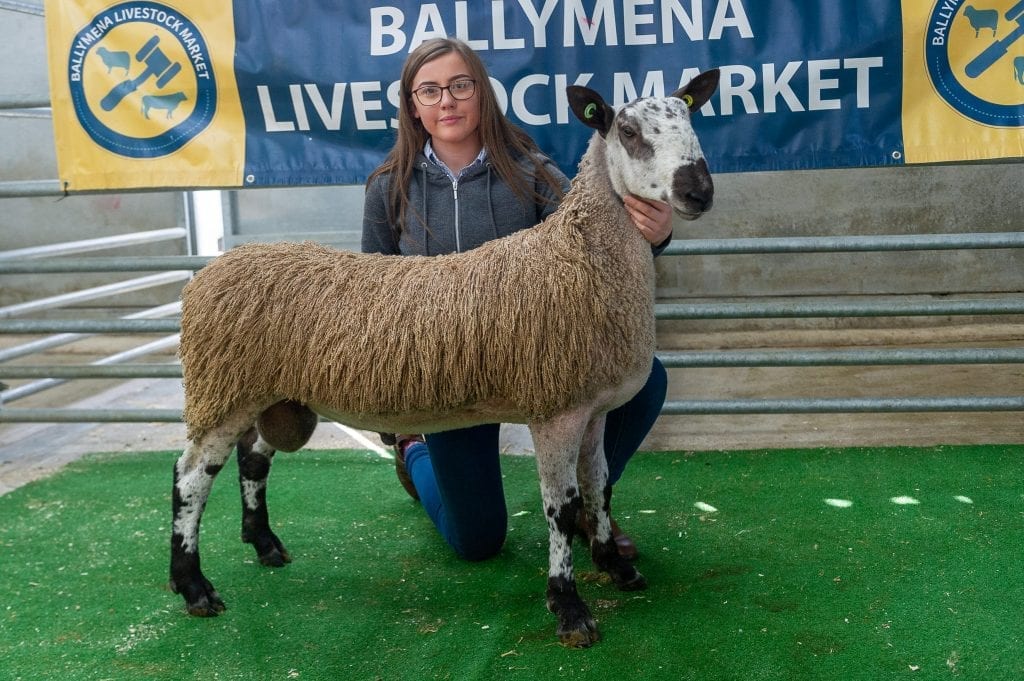 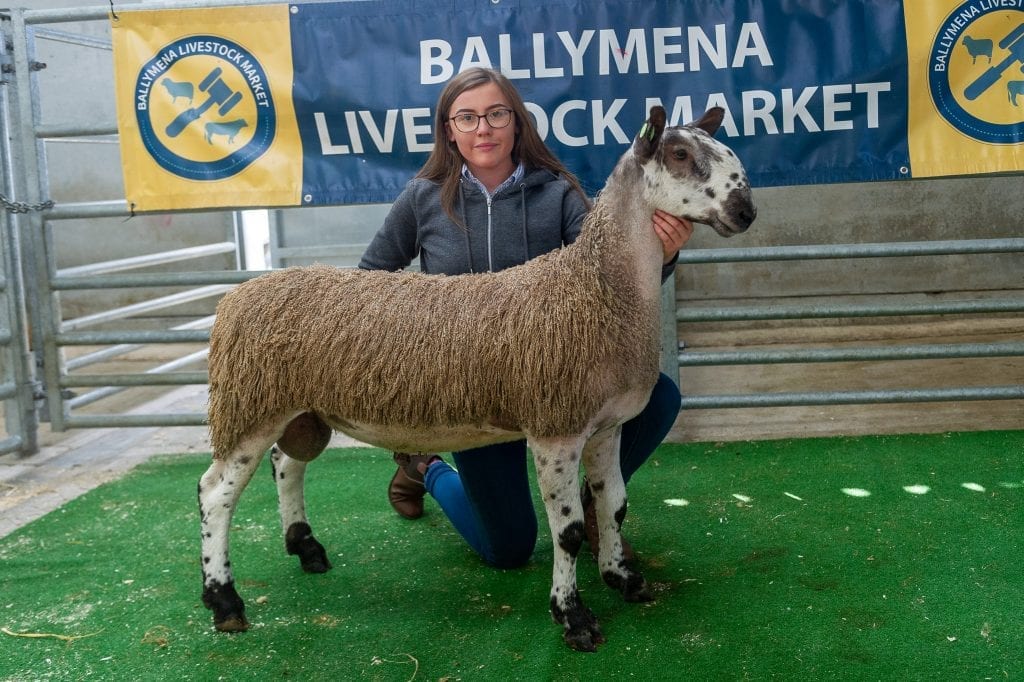 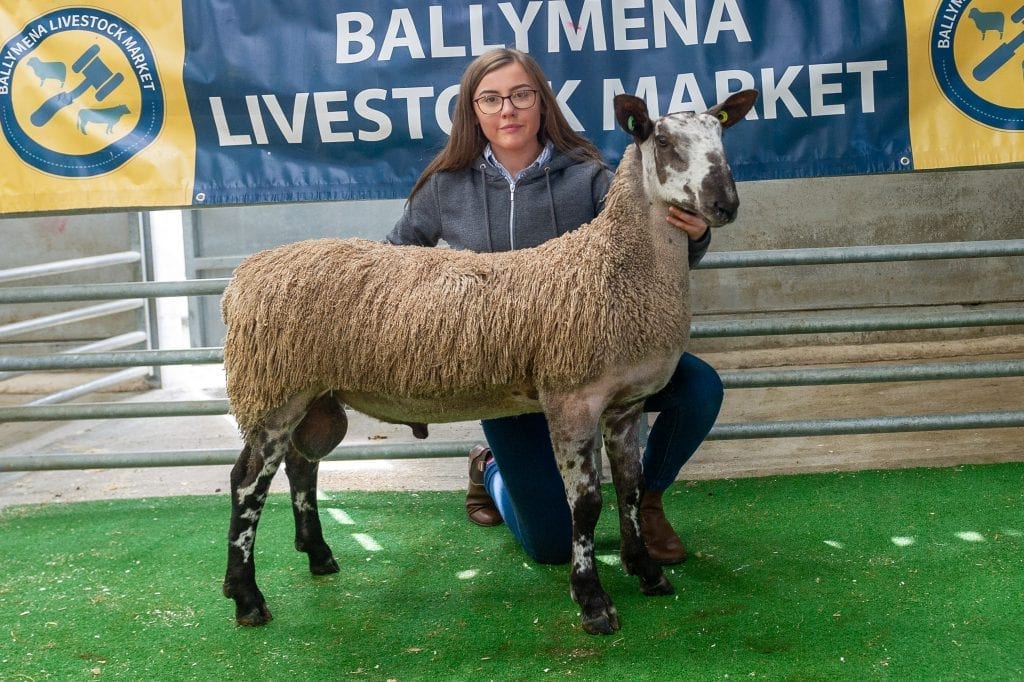 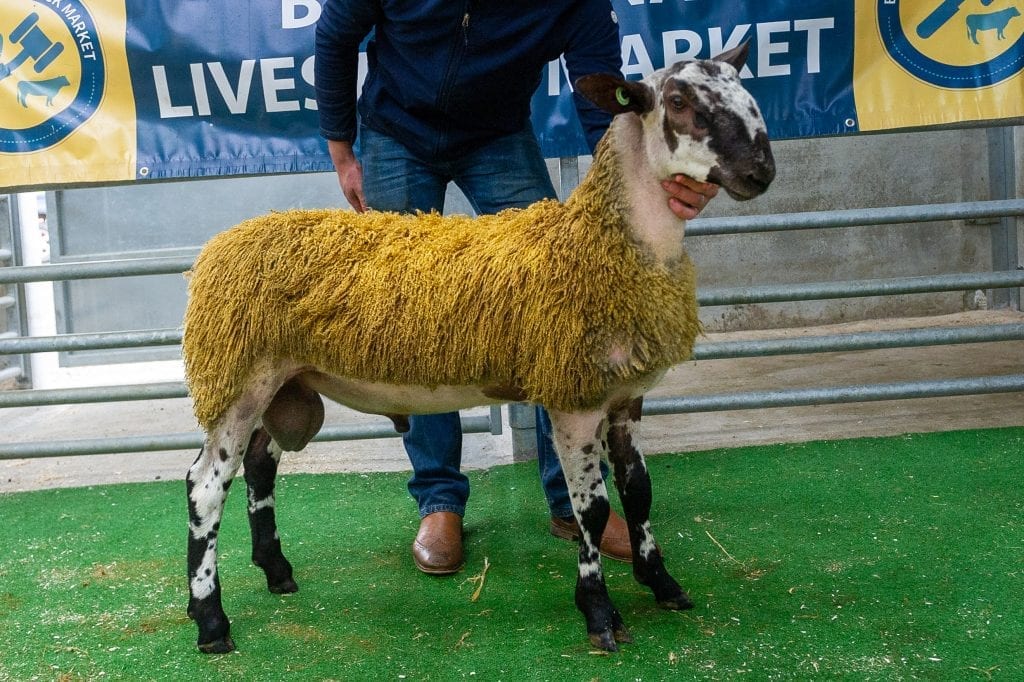 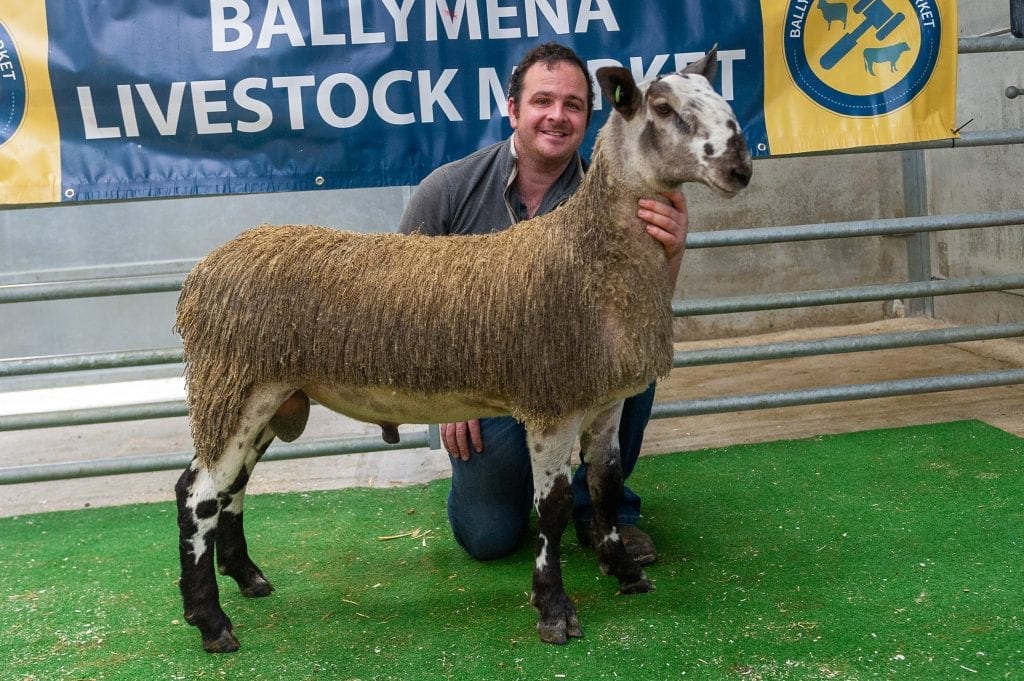 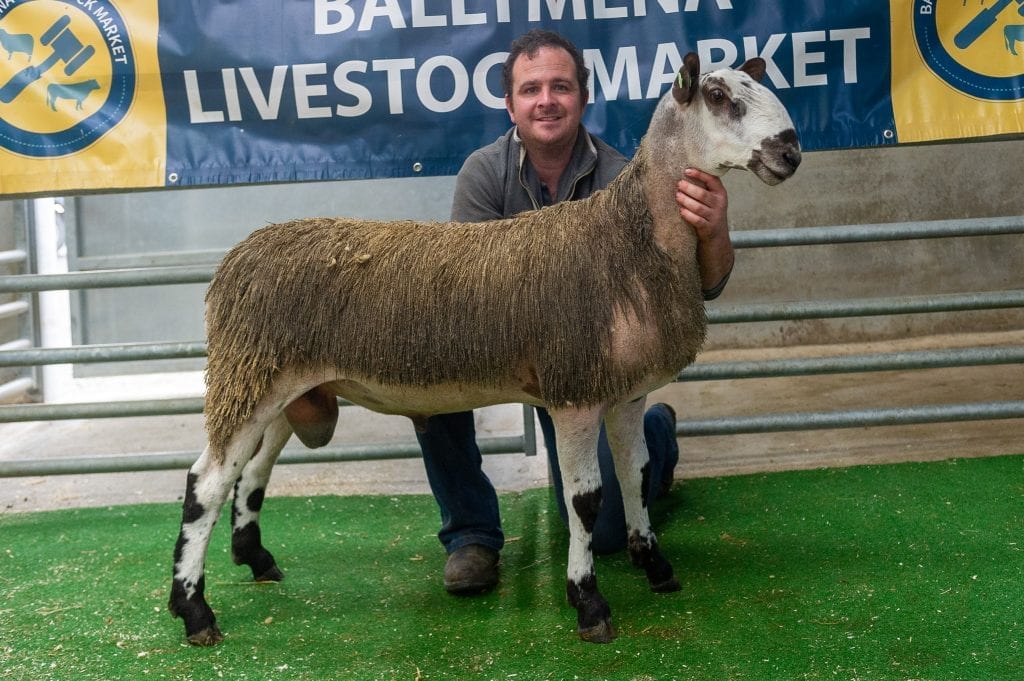 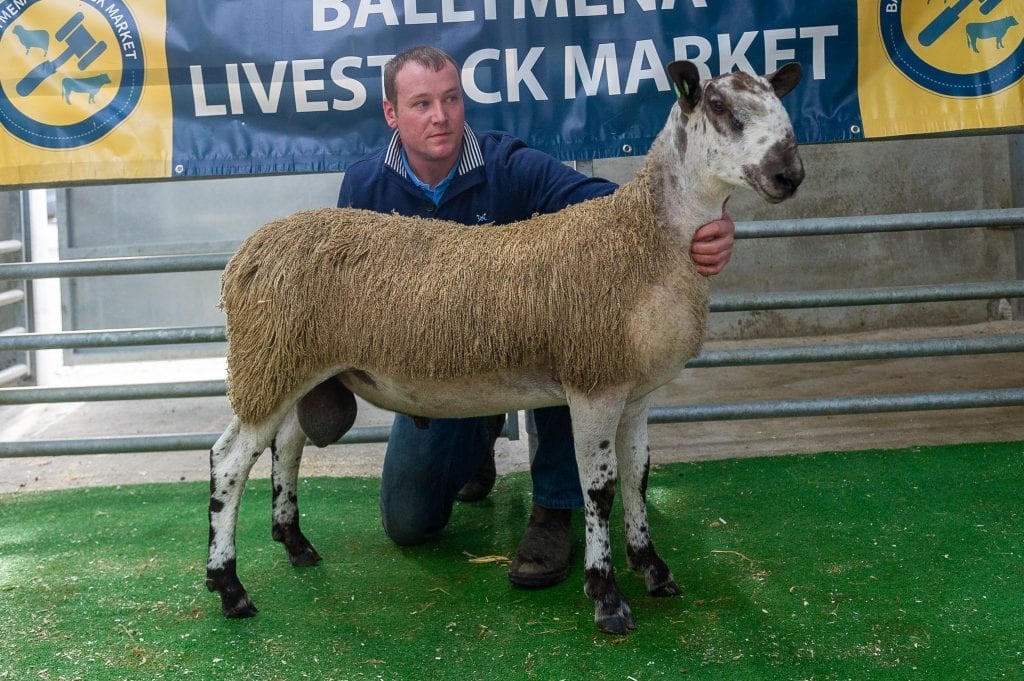 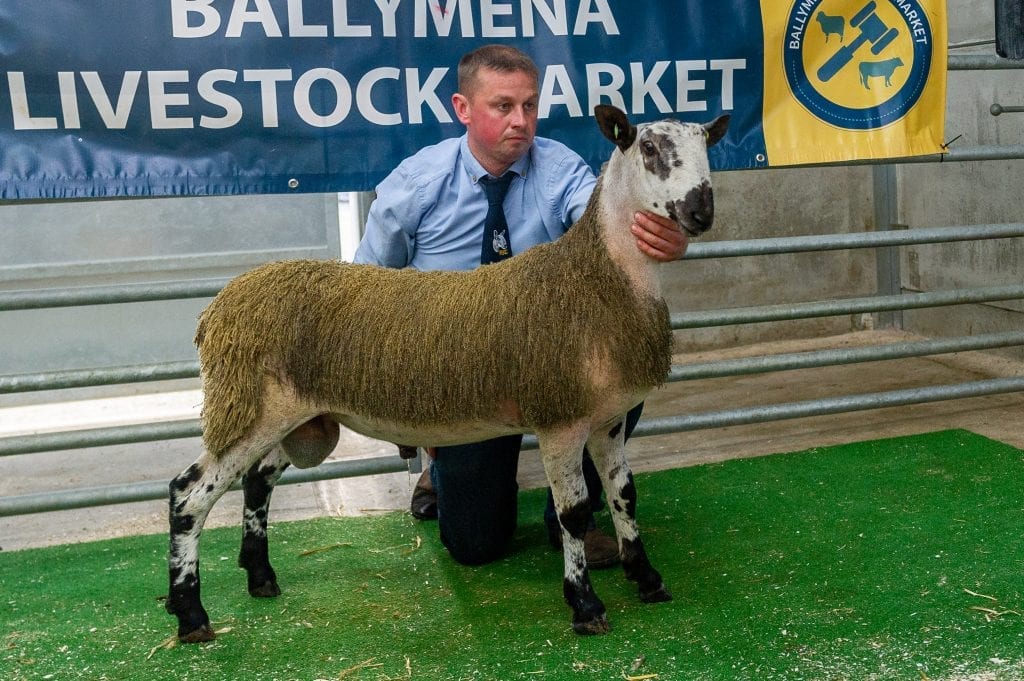 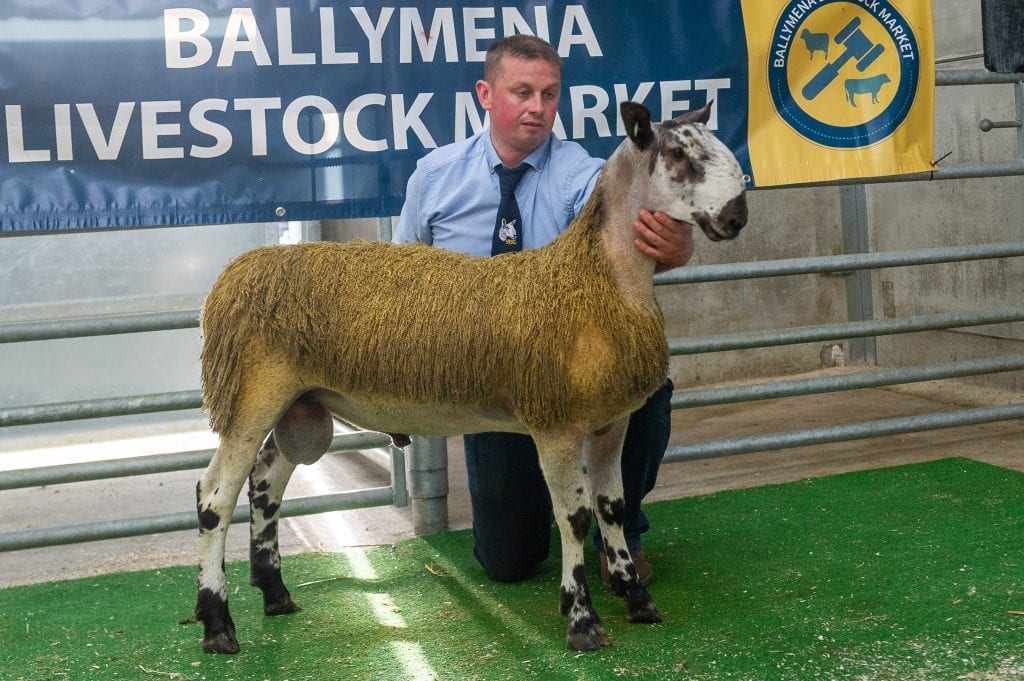 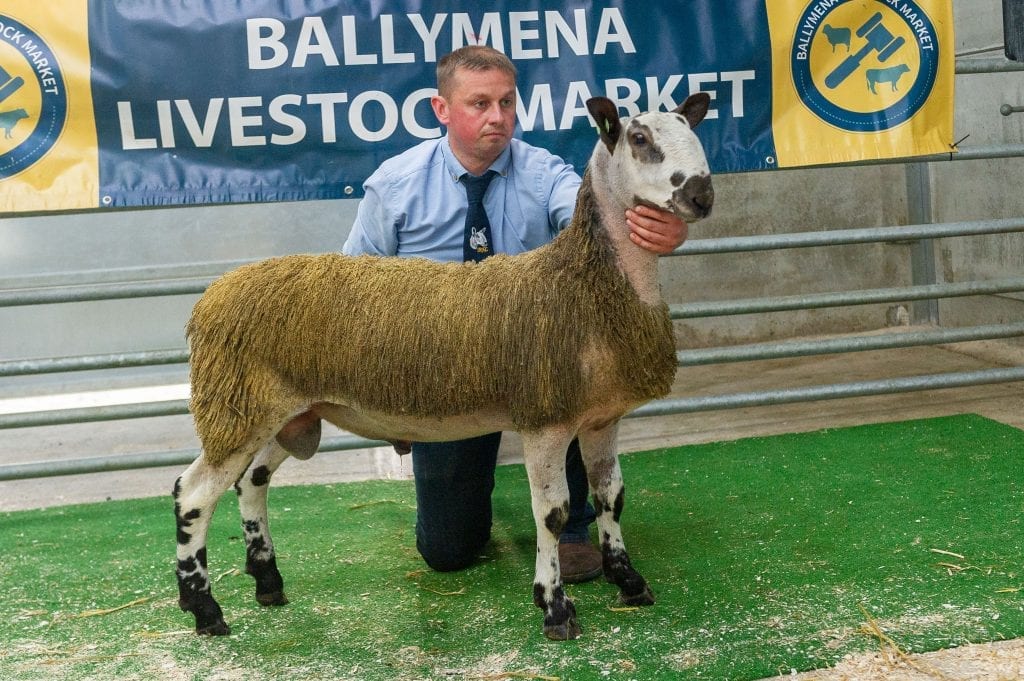 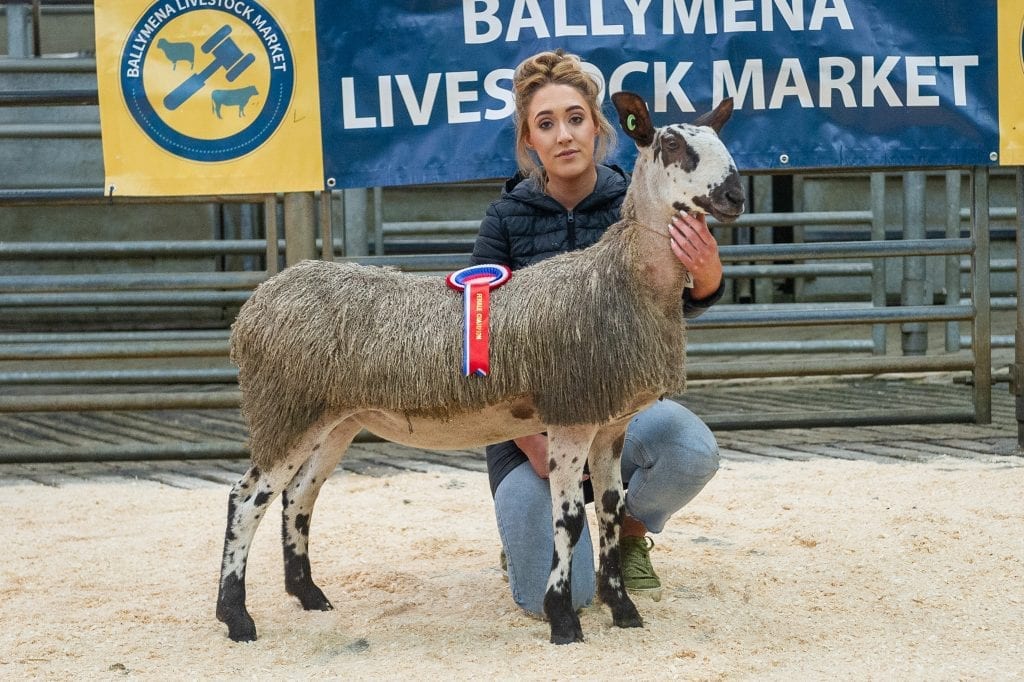 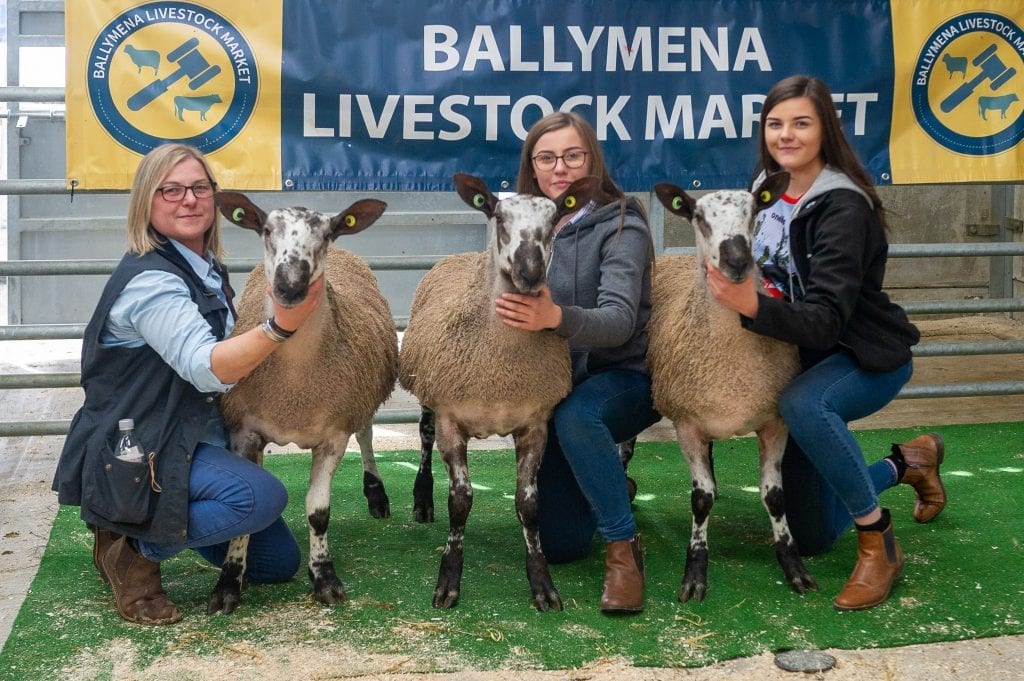 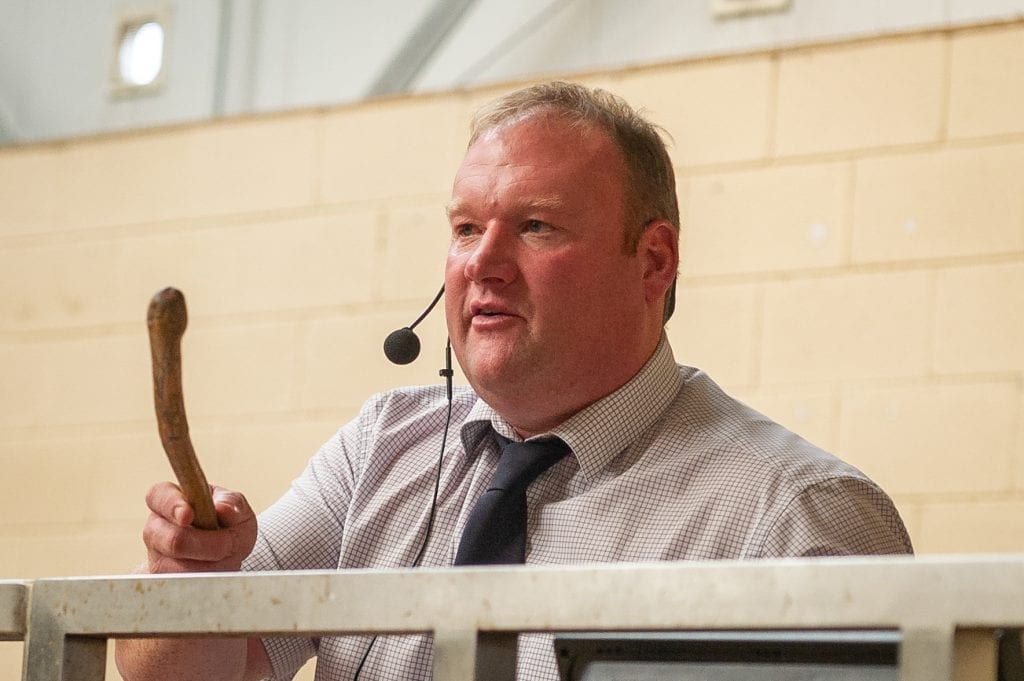