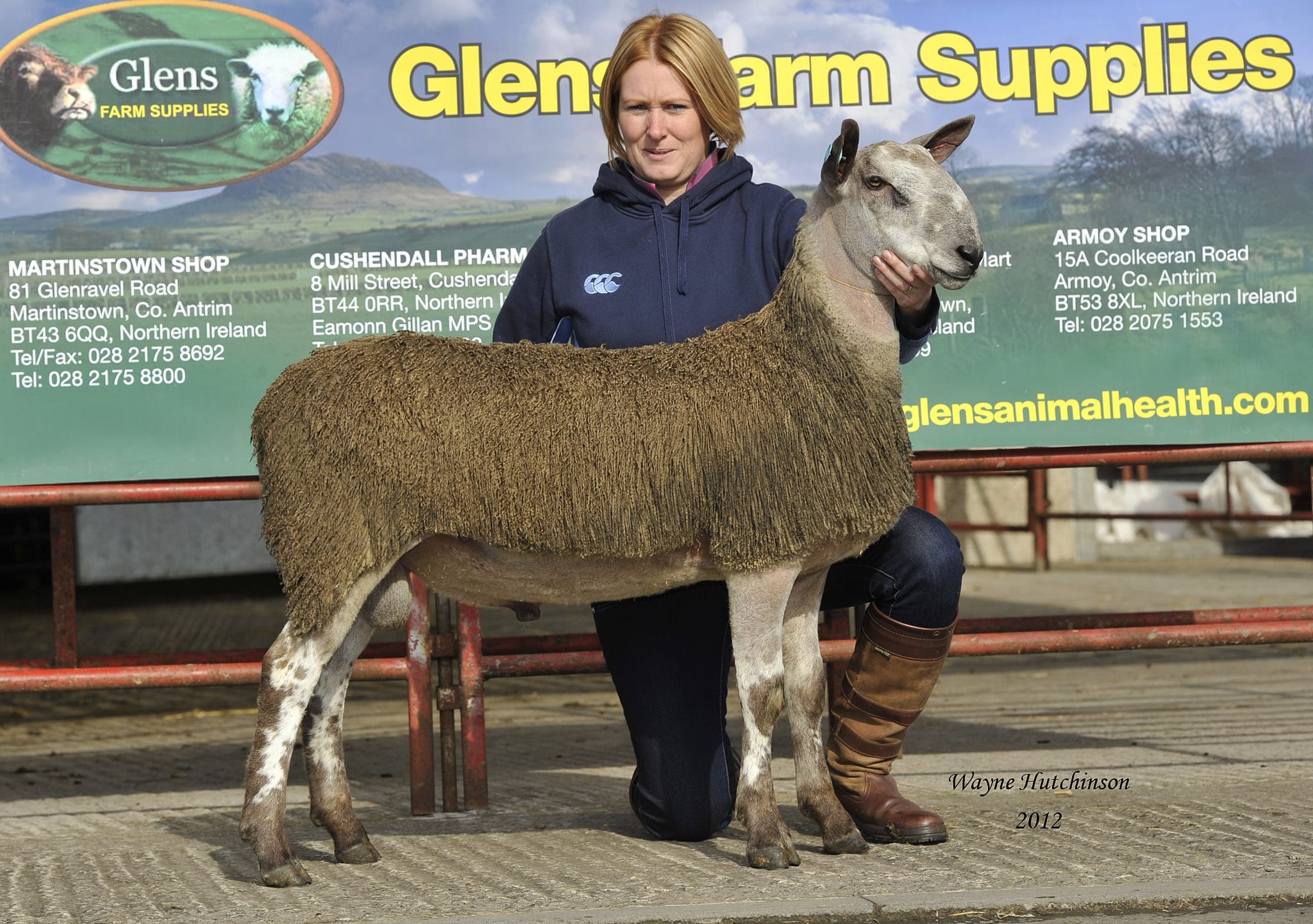 Expectations were dimmed somewhat at Ballymena after a rather lacklustre Mule trade in Northern Ireland this back end with many breeders having to settle with averages well down on the year, but the breeders needn’t have worried as there was still a strong trade for Bluefaced Leicester rams.

Buyers were picky, but big strong commercial sheep were selling well, and topping the trade was a sheep well chosen by judge John Kerr, who saw his first prize shearling from John Holden sell for 3000 gns. This home bred shearling was by the A5 Old Hemley owned by Michael James and Pete Webster. John having bought some semen after seeing the quality of the stock coming forwards by the tup. The mother of the tup was bought off John Kerr as a gimmer lamb at the Carlisle female sale a few years ago and by the X24 Craigskean. This powerful, well made tup found a new home at the Holmview, run by J Adams & Sons.

There was a new name in the catalogue this year as Hugh Henry debuted his Starbog flock at Ballymena, and he had a cracking day too. His first tup lamb was a well brought out sheep, full sister to the first prize gimmer lamb at Balmoral, and another sister won five championships over the summer. Expectations were riding high for this son of C3 Firth, a son of the Tanhouse tup which is doing so well and out of a ewe bought at the Craigskean dispersal for £3800. The hammer fell at 2500 gns with Michael Robinson the final bidder.

John Blaney, Tievebeuile Farm had a great pen of tup lambs, and had the trade to back up the looks as his pen topper was bid to 2300 gns. This lamb was again sired by some bought in semen, this time Z14 Hewgill was the sire and out of a ewe bought from Carrick Rock as a lamb. Robert Graham and Michelle Wright were the final bidders, after catching their eye at the Balmoral Show where he took first place in his class.

A batch of sheep reached the 2000 gns mark at the sale. The first pair to hit this level came from the same pen of sheep, as Robert Loughridge, Orravale, enjoyed a strong trade. His first to make 2000 gns was a powerful shearling by the B41 Midlock and out of a ewe by the 5800 gns Tanhouse. It sold to B Blaney. His second to make this was a powerful shearling by his home bred Y1 Orravale and out of a Midlock bred ewe by the Controversy tup. J Forbes was the buyer of this ram.

Midlock Controversy was also behind the breeding of the next 2000 gns tup, the second tup lamb into the ring from the Glenane flock. The McKeegans who run 15 pure ewes bought some Controversy semen and used it on a ewe bought from Hewgill by the M8 Hewgill. Full of crossing bloodlines it was in demand and some quick bidding saw it reach 2000 gns very quickly, with T S Hammond, Sandholes, the final bidder.

The next to reach the figure was the days reserve champion from Graham and Julie Loughery, Temain. They had a great day at the sale with a much talked about pen of lambs, and made a great double, taking the championship and reserve championship with lambs by their lamb C1 Temain, they sold two years ago for 6000 gns. The reserve was out of a ewe bought for £2300 at the Craigskean dispersal sale and sold to Michelle Wright, Mullaghwee. The champion, from the same pen, was out of a ewe bought privately from the Firth flock and by the Midlock Controversy tup. The stylish lamb sold to J & S Harkin from the aptly named J & S flock based in Omagh.

Last of the 2000 gns tups came from Seamus Laverty, Orraview, when his tup lamb by B11 Cottage, which has done well, with a great showing in the Antrim Progeny Show, sold back over the water to Jimmy Bell, Cottage, who was buying some of his own bloodlines back in. This cracking lamb was out of a ewe Seamus bought as a lamb from the Coombe Crag dispersal.

Trade on the whole was strong for the best of sheep, with buyers looking to put some power and conformation into their flocks, and despite the setback of lower gimmer lamb prices, buyers seemed keen to reinvest in new genetics. 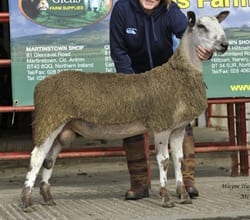 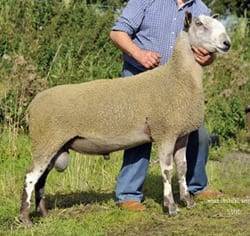 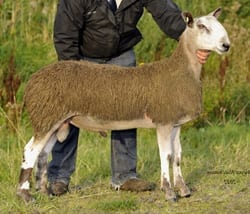 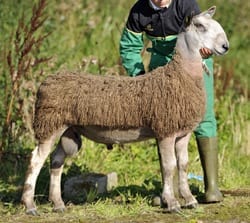 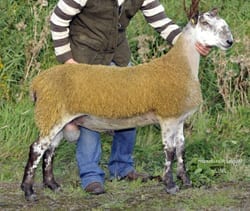 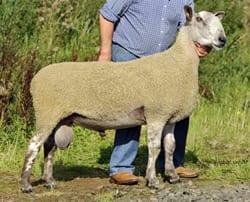 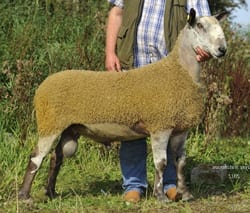 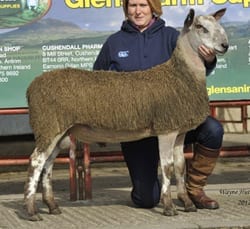 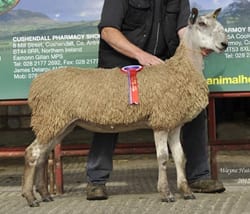 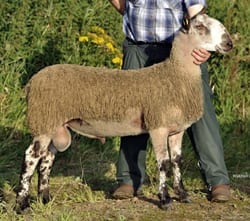