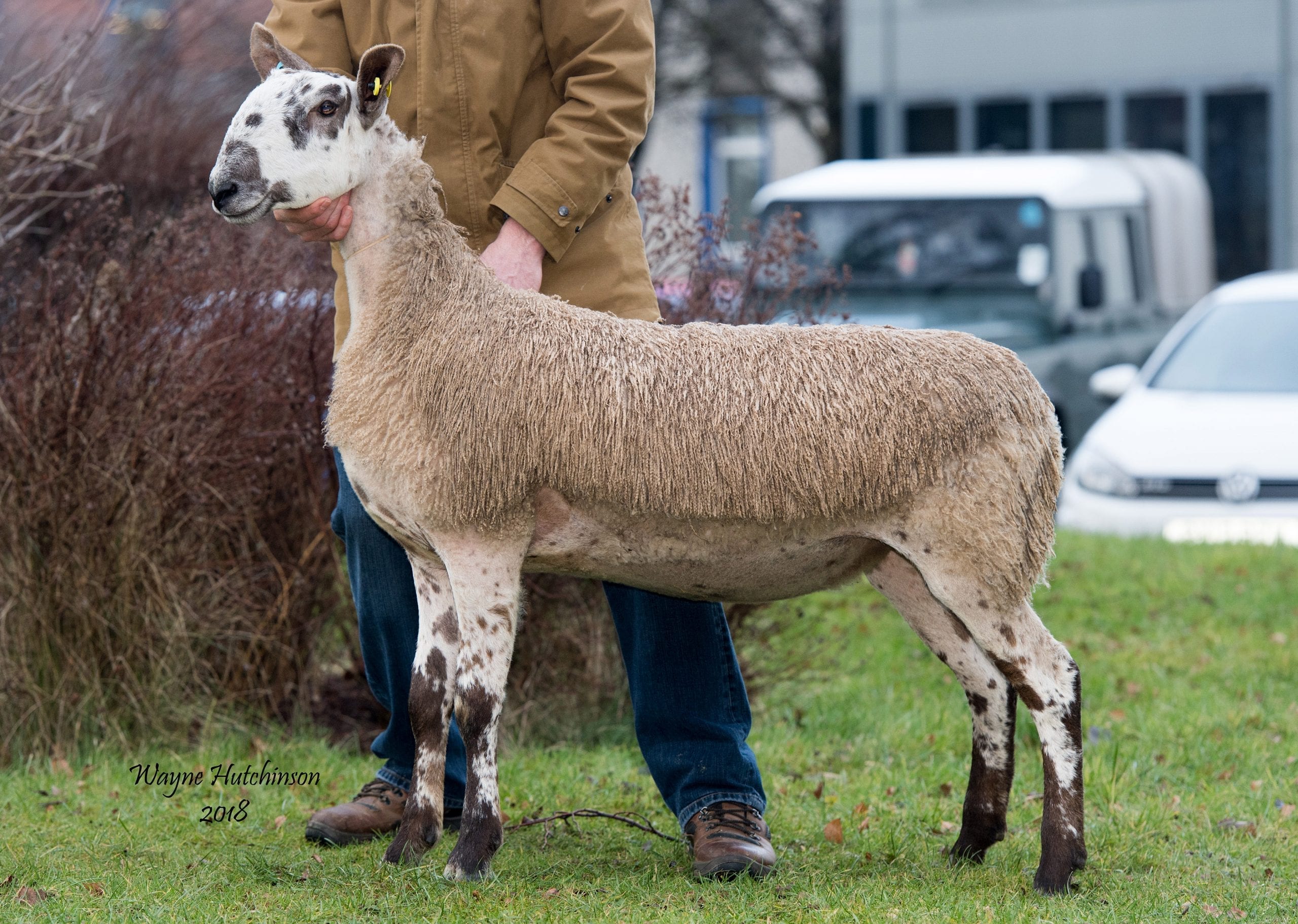 It was standing room around the ring at Carlisle, as a cracking entry of sheep went under the hammer at Borderway Mart, with some great sheep and bloodlines on offer over the course of the sale. A total of 157 sheep were sold with the average jumping on the year to £185, with a massive jump in the gimmer shearlings of over £300, showing the demand for the breed is as strong as ever, if not more so. Trade started strong and held up to the very end, with the traditional champion fourth into the ring from Dewi Williams from the Elian flock making 1000 gns.
Topping the day’s trade, late in the sale was a monster of a gimmer from Derek Hall and the Firth flock. This corker is by the £6000 G37 Midlock which has done exceptionally well within the flock, both on the pures and has bred some exceptional Mule lambs too. She was out of a good breeding ewe by the B4 Tanhouse Farm which has done very well over the years, both for the Firth flock and also notably for the Midlock flock too. She was carrying twins to the £34,000 H1 Kirkby Redgate which has been proving to be a good line since they bought him a couple of years back. The bids fairly fizzed in and the hammer fell at 6500 gns, the best trade for the Firth gimmers since they started breeding them some 38 years ago. She was sold in a two-way split to the Campbell Clan of Amy and Colin Campbell for their Glenrath and Easter Happrew flocks, respectively, near Peebles. Firth’s first gimmer into the ring, again full of power and conformation sold for 4500 gns, carrying triplets to the H1 Kirkby Redgate again. This one was by G1 Nunscleugh that they bought for £3200 at Hawes and out of a ewe by E1 Hewgill, which goes back to some powerful Midlock bloodlines. She was snapped up by Alistair Christie, Ballymoney, who had got up off his sickbed to make it over to the sale as, as he put it, “Had paid for the tickets over so didn’t want to see them go to waste”!!

Midlock have gained a strong following at this sale over the years by bringing forward some cracking gimmer shearlings which have not only sold well, but gone on to deliver the goods, with one sold last year going on to breed a 15,000 gns tup lamb at the Ballymena sale. Not surprisingly that buyer, Dominic McCrystal was looking to tap into that vein again, and he picked out the first prize gimmer, Midlock’s second through the ring. This long, stretchy sheep was by the £23,000 Carry House and out of a ewe by E1 Barf House, which goes back to a great breeding ewe who is consistent in breeding hard, clean colours. She was carrying three to the H1 Kirkby Redgate again, and it took a bid of 5500 gns to secure her trip back over the water to Maghera. Midlock also took the 2nd prize in the gimmers and she was first into the ring. This was by the H1 Kirkby Redgate out of a really strong family which has taken championships and bred tups to £8500, with its mother a full sister to Midlock Gmac. This was carrying a pair to K57 Midlock to a bit of an exclusive line, the only one to be offered in lamb to him. He is out of the same ewe as the record breaking £37,000 Midlock lamb sold last autumn at Hawes. She was knocked down at 3500 gns to L Harden, Enniskillen.

A brace of gimmer hoggs made 5000 gns, with the first coming early in the sale from Richard Hutchinson and the Kirkby Redgate flock who had a cracking sale right through. His first lamb was a bit special, a real modern type. By the £3000 J1 Sealhouses which has bred tups to £15,000, this is the first female offered for sale by him, and out of a ewe by the G1 Hewgill which has done really well for them, with four Mule lambs in their top pen at Kirkby Stephen last year. His lambs have won at The Yorkshire and Smithfield. She sold to Lee Beacom, Co. Tyrone. Richard’s next lamb just fell shy of 5000 gns, with the bidding stopping at 4800 gns. This smart, well-bred lamb was by the G17 Marriforth, sire to the aforementioned H1 Kirkby Redgate, and out of a ewe by G1 Hewgill again, which is full sister to the 11,000 gns hogg they sold for in 2016. She was bought by A & J Riley, Roweltown, Carlisle. Kirkby Redgate also saw a daughter of the G1 Hewgill, H3 Kirkby Redgate sell for 3800 gns in lamb to the G17 Marriforth, to P Davies, Hilltop Farm, Durham, after it took the Reserve Champion on the day, as well as another pair for 3000 gns, so all in all quite a good day at the office for Richard.

Not all the money Richard made went straight home however, when later in the sale he swapped his 5000 gns sale for an investment of the same amount into a sharp gimmer hogg from M/s Lord’s Hewgill flock. This lamb stood second to the day’s champion, and was the same way bred as the hogg at Hawes just a few days earlier, by the H45 Hewgill and out of a ewe by E47 Hewgill.

The crossing champion of the day, judged by Chris Pye, Abbeystead, came from the noted Riddings flock, which over the years has had a massive influence on the breed. The champion is by the Carry House Jackpot which was the sire to the Champion and the £23,000 tup lambs at Hawes last year and is proving to be quite a breeder and out of a ewe by the F3 Scarrowmanick which has proved himself within the flock over the years. She sold for 4200 gns, the highest price for the Riddings flock within the females, to M/s Bennett, Hollins Farm, Penrith. They have retained her full sister as they think so much of these bloodlines. Riddings also sold a daughter of the Riddings Domino, and out of a Midlock Badger for 3800 gns to M Wright, Ballymena.

Alec and Anders Brown from the Macqueston flock, Thornhill, enjoyed a great day at the sale. They presented some of the best turned out sheep on the day and their pen leader was a real eye catcher. She is by the G19 Highberries which was bought with Midlock and Cottage and out of a ewe by C13 Firth. It is the full sister to a lamb they sold for £2500 at Kirkby Stephen last year. They sold to their best yet for a female to Midlock for 4000 gns.

The Pedley family from Yore House enjoyed a successful day at the sale too, having to wait until very late in the sale. They managed to cash in on a very special ewe lamb, which had been successfully shown last year, winning Interbreed Champion at the Moorcock Show last September, following in the footsteps of its full sister who did the same, as well as Champion Bluefaced Leicester at Kilnsey Show and Reserve at Penrith. This cocky lamb is by the H2 Drimsynie, and out of a ewe by B2 Duhonw, which has done very well within the flock. It was bid to 3800 gns and heads over the water to Lee Beacom, who was once again splashing the cash on the best sheep possible! 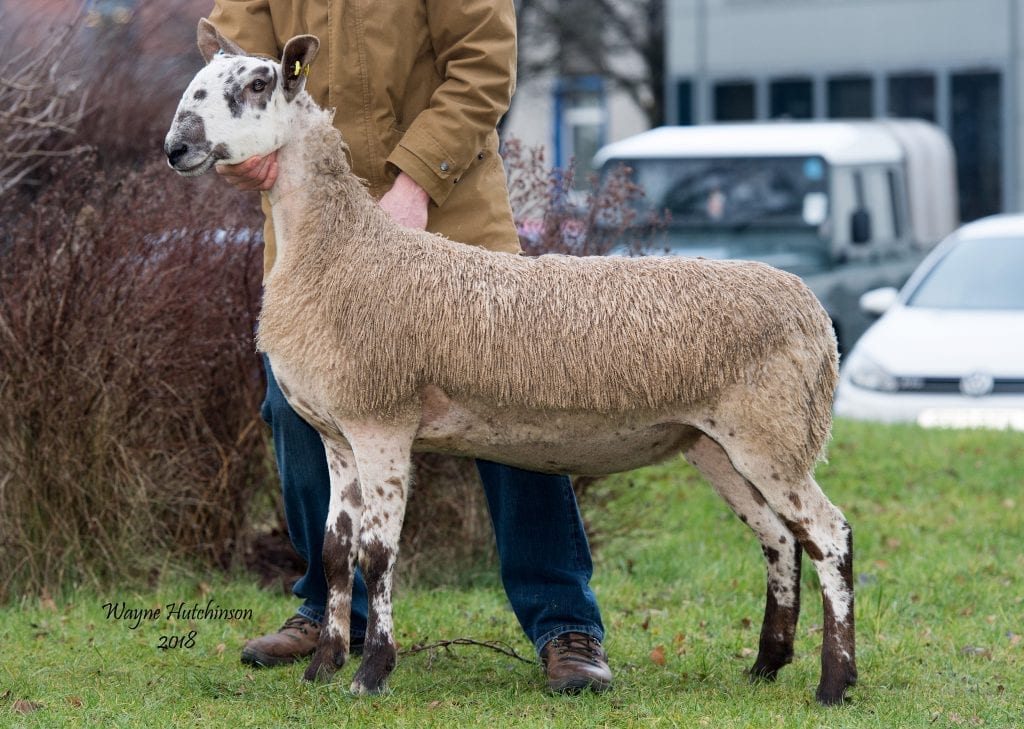 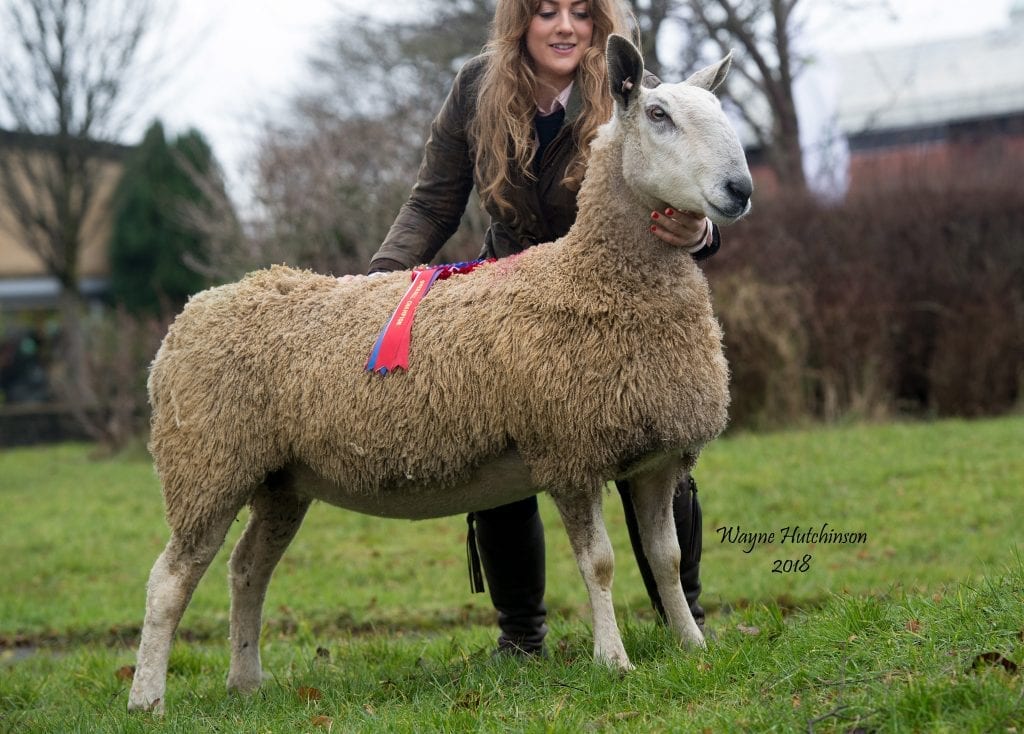 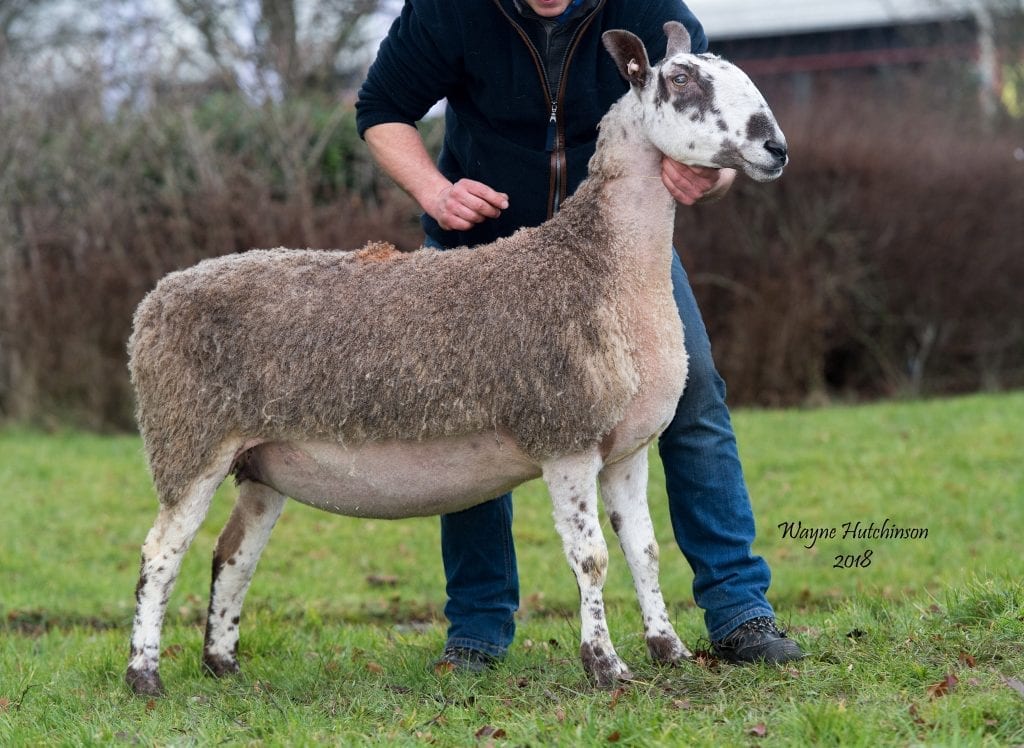 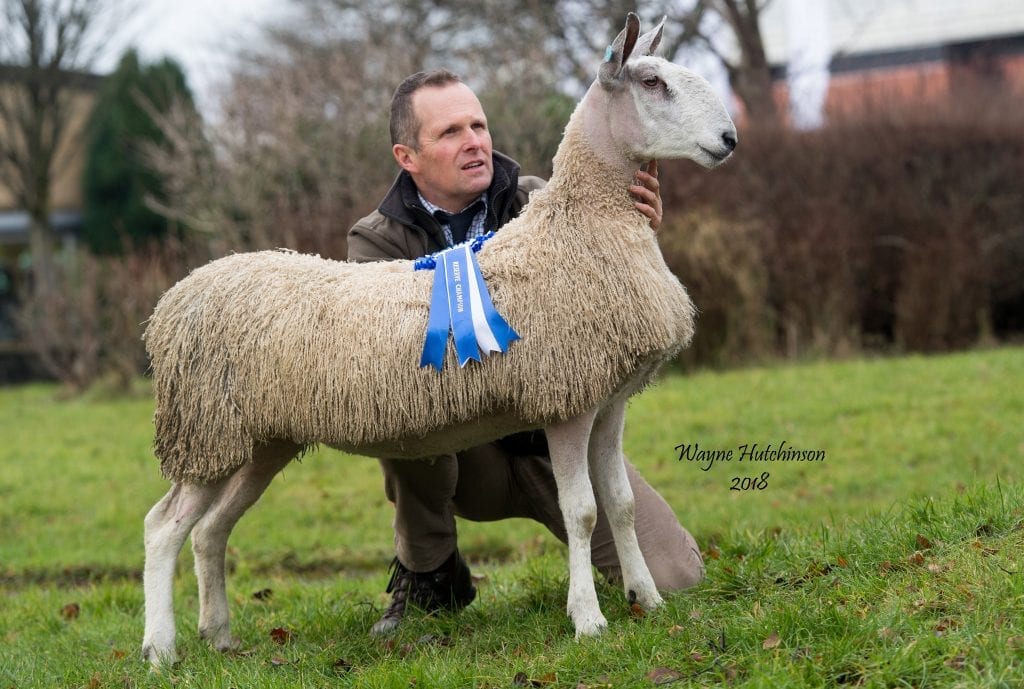 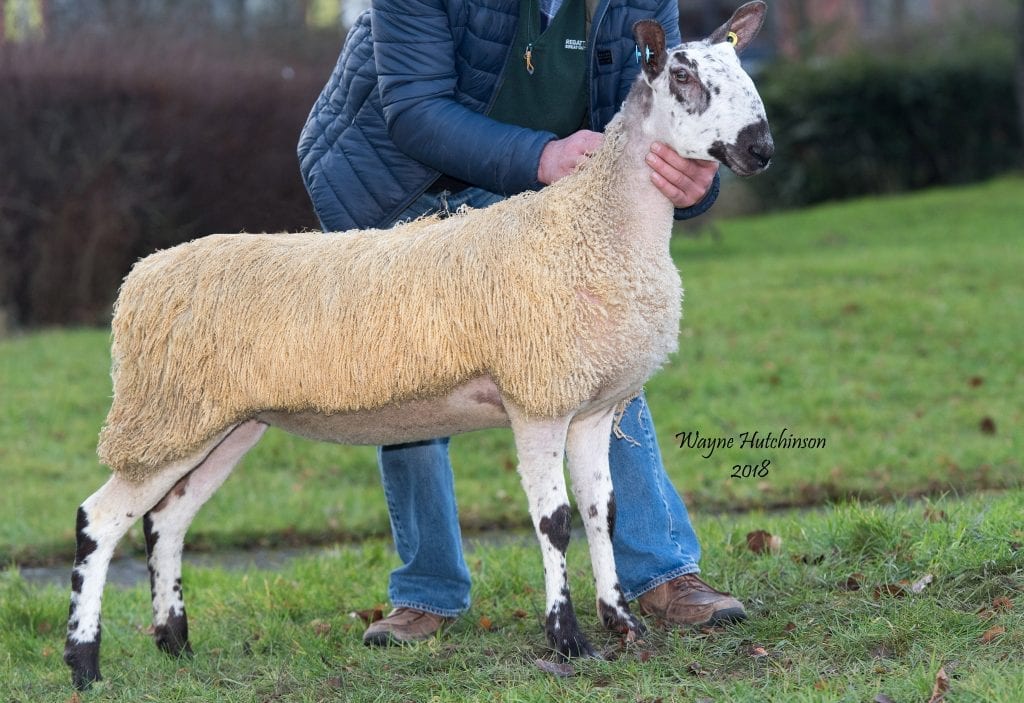 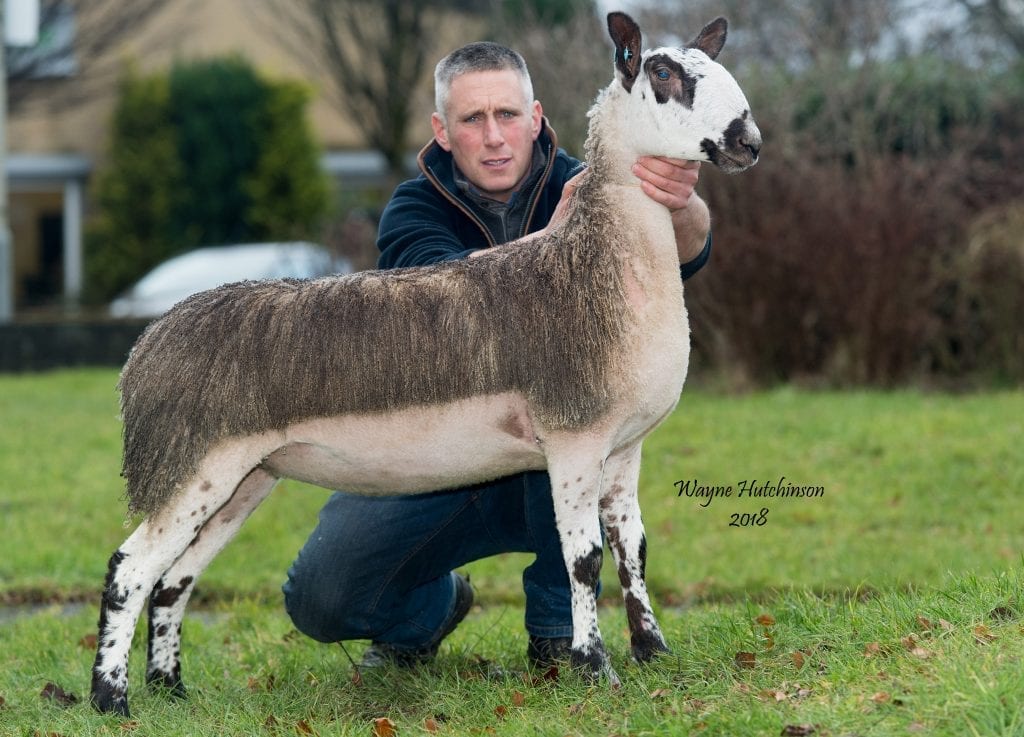 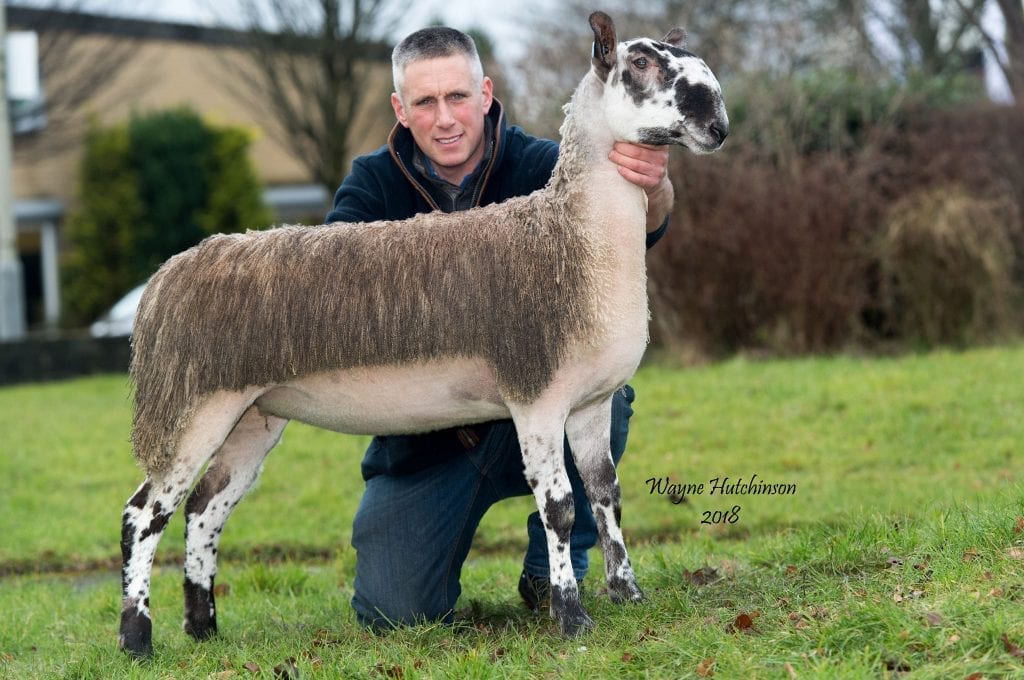 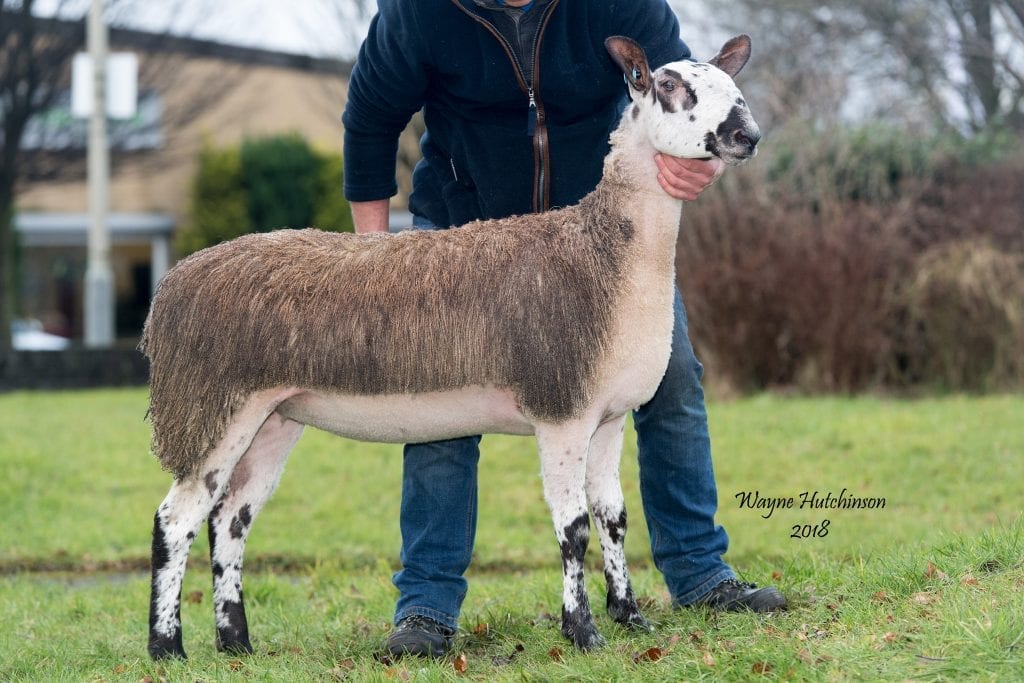 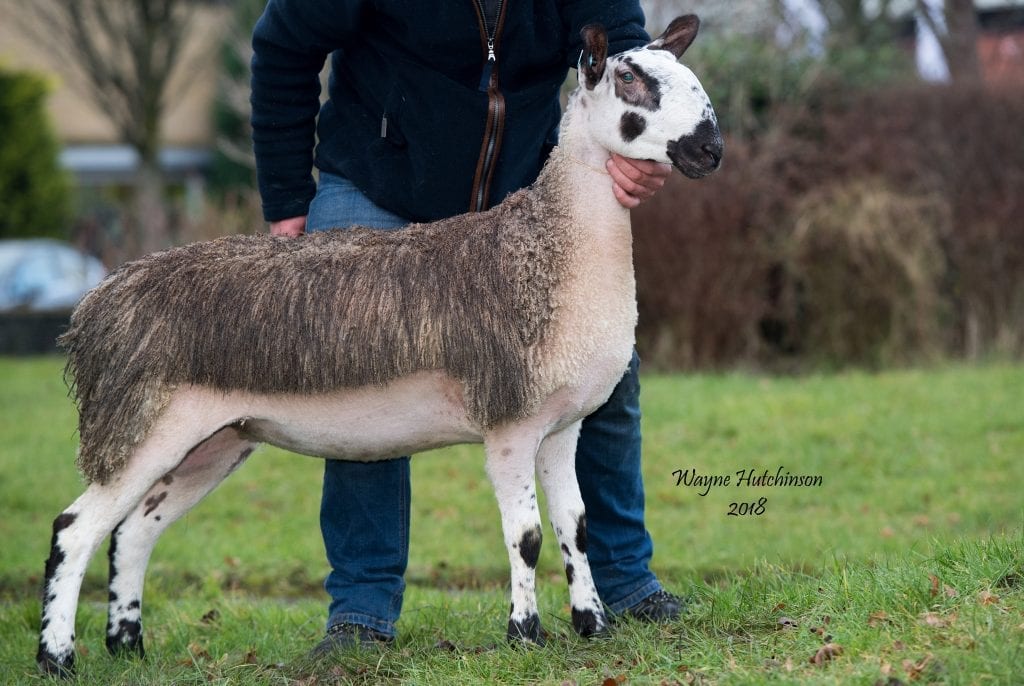 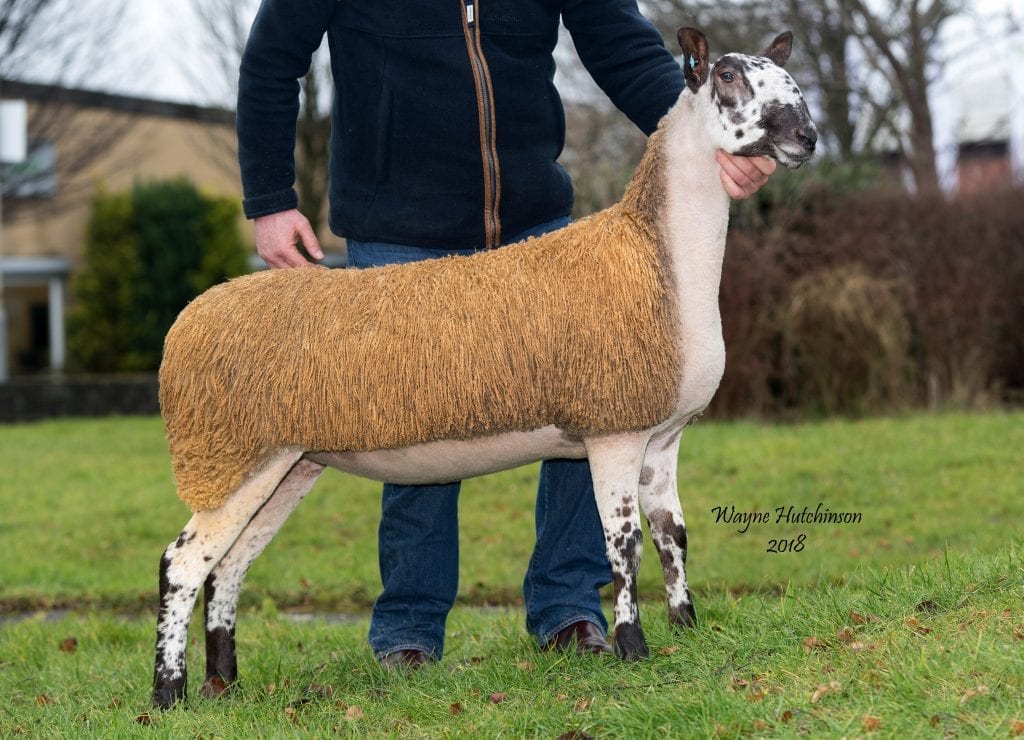 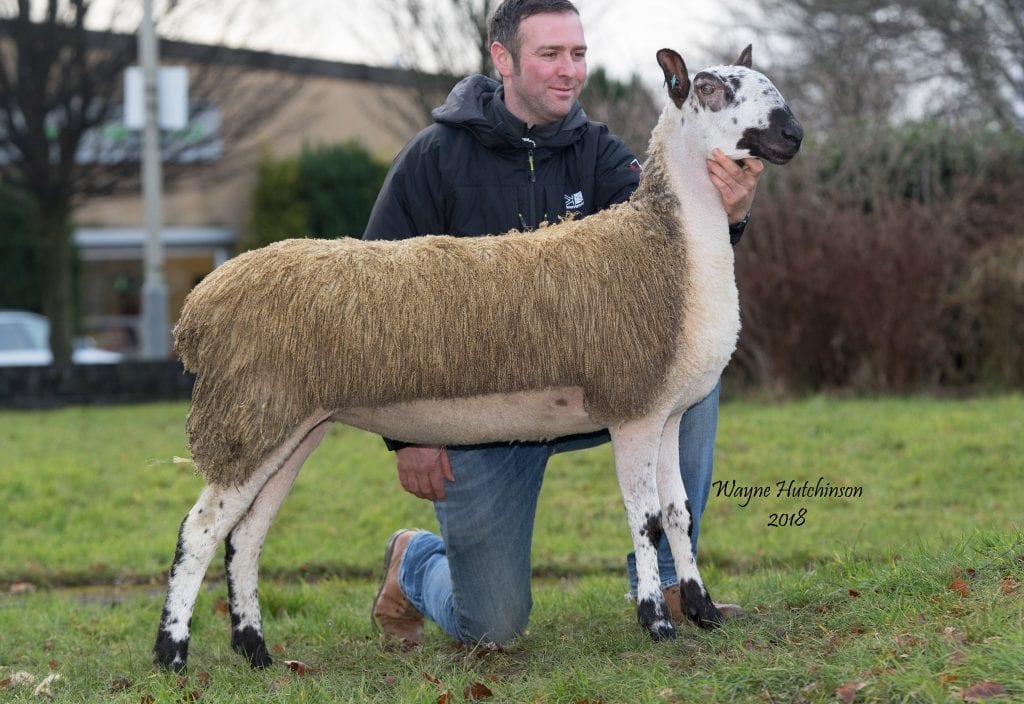 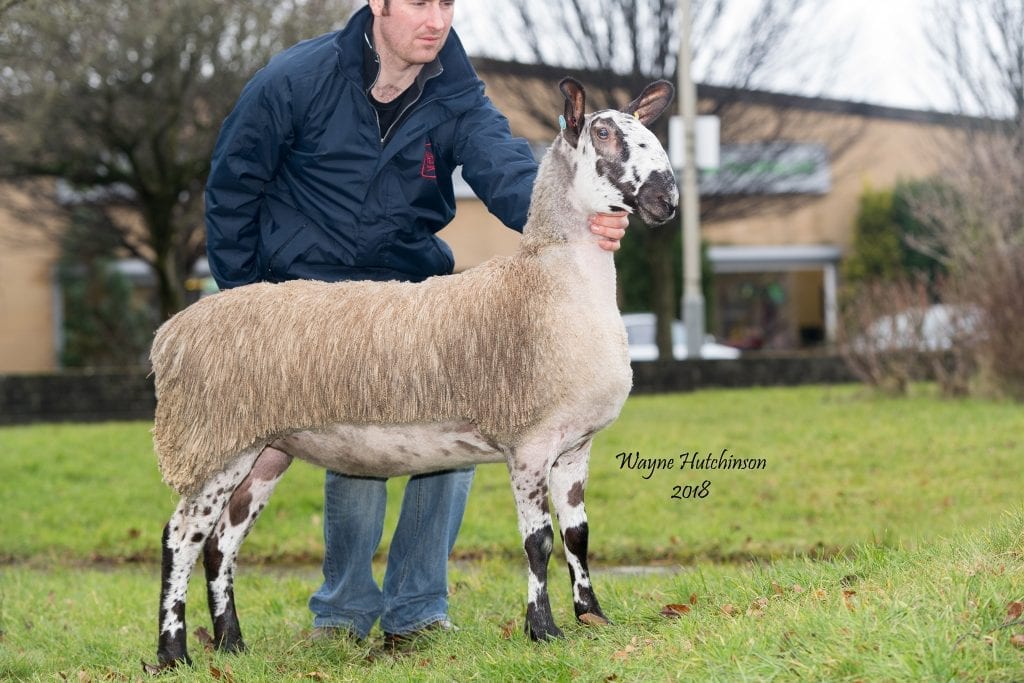 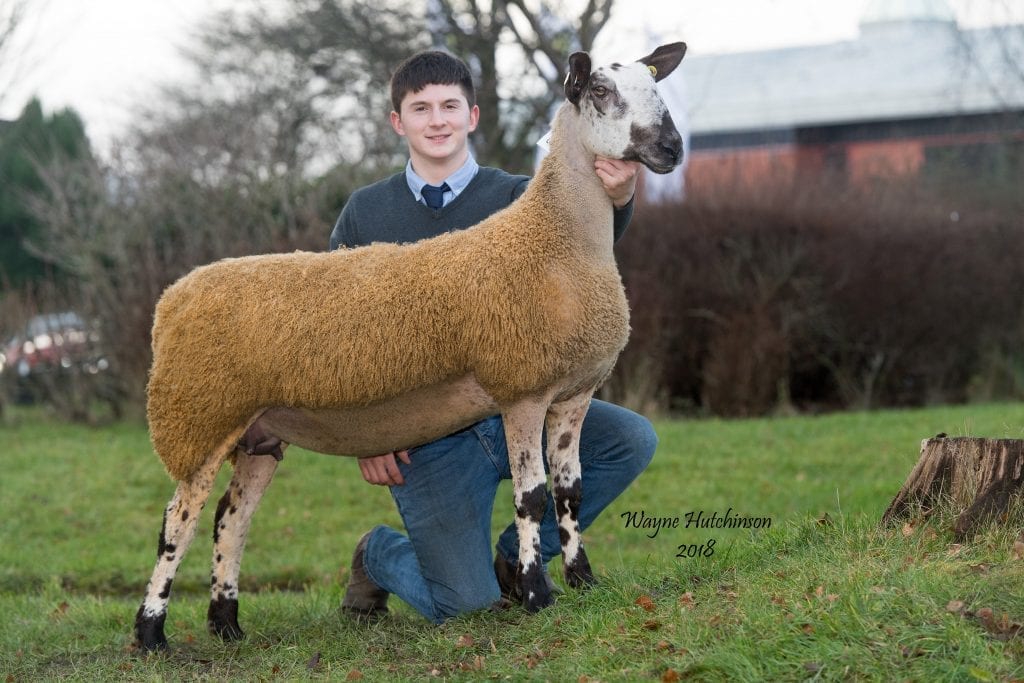 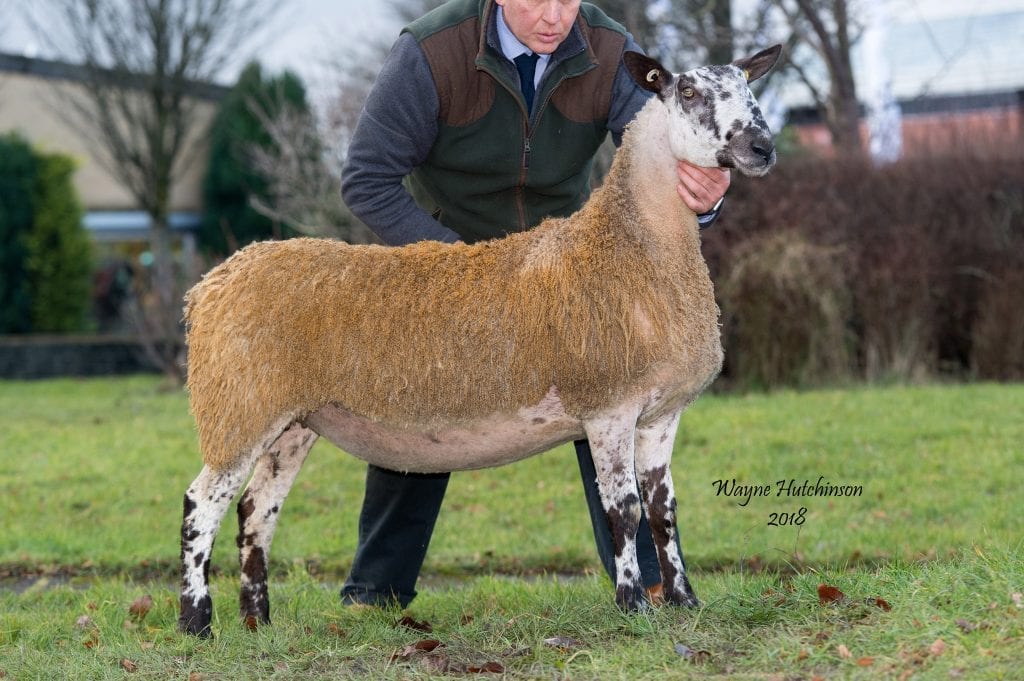 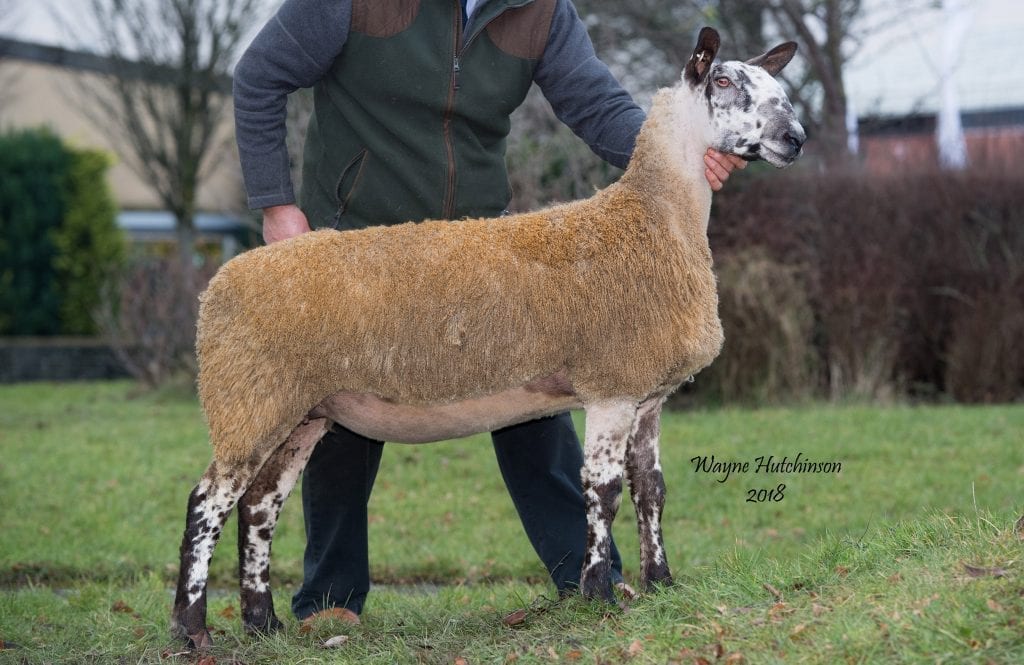 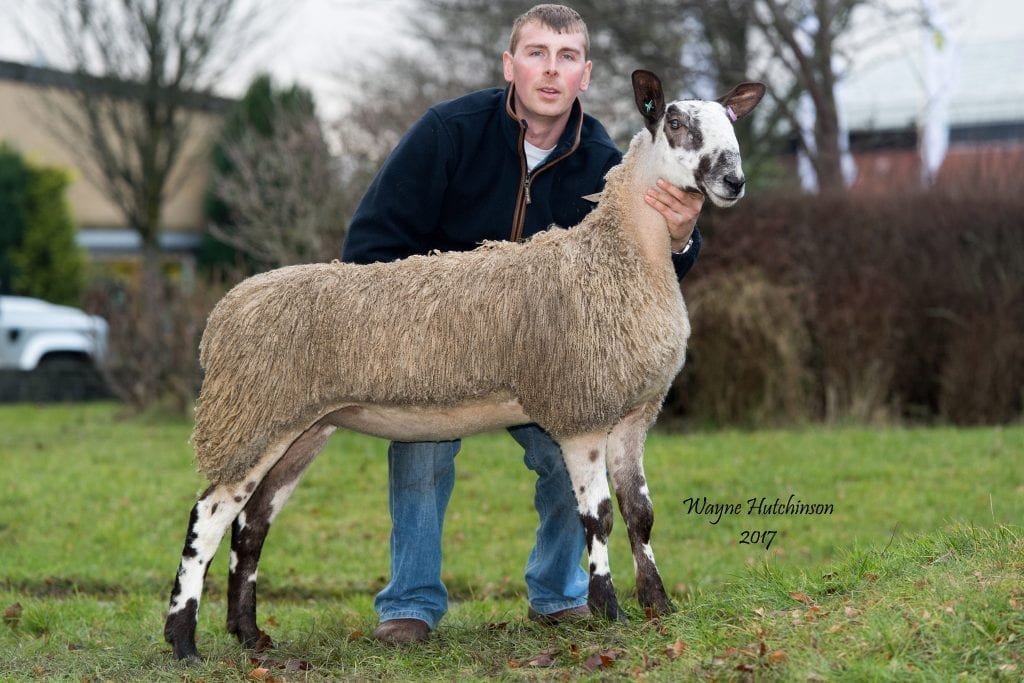