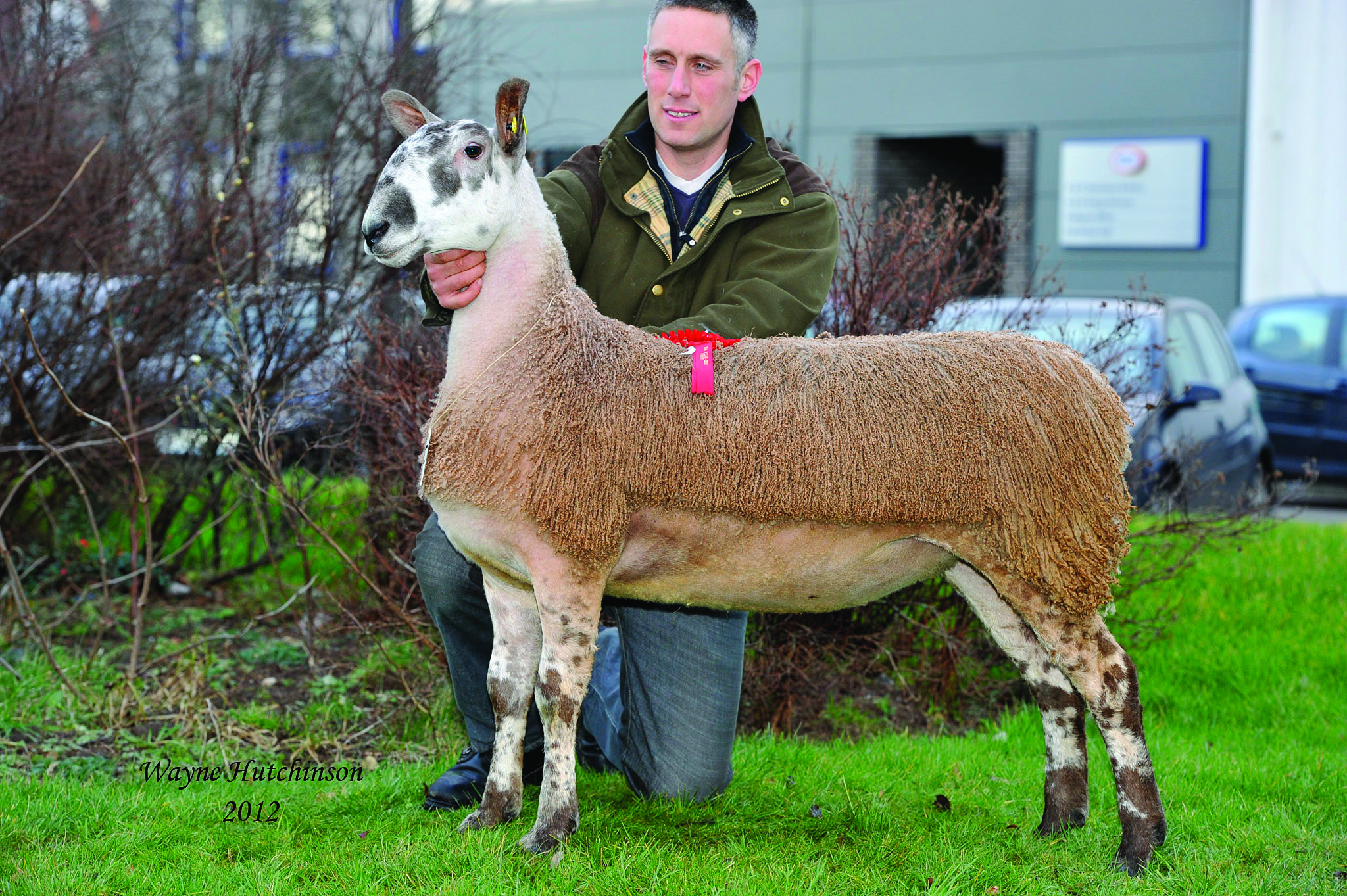 Once again it was a cracking sale at Carlisle as some of the best female Bluefaced Leicesters went under the hammer. A bumper crowd saw a bumper trade with averages rising across the ewes and gimmer section, but a slight decrease in the gimmer lamb section, although 18 more were sold than last year.

Taking the overall championship was, once again, Richard Hutchinson from the Kirkby Redgate flock with a very powerful gimmer lamb which caught the eye right from the start. She was by the A5 Gragareth, which is leaving his mark on the flock, and out of a ewe by the Y25 Hewgill. The judge, James Herdman, had no hesitation in awarding it the championship, and his pick was justified when she came into the ring, selling for the days joint top price of 8000 gns to Paul Brown, Oak House, Ravenstonedale. The Kirkby Redgate pen was busy throughout the day, and also sales of 4000 gns for the 3rd prize gimmer lamb, by Y25 Hewgill and out of a ewe by the £10,000 W1 Keer, selling to Robert Wallace, Macherquhat, Ayrshire. They also took first prize in the ewe class with B37 Kirkby Redgate, with the same combination of breeding and carrying twins to the A5 Gragareth, which sold to Messrs Park & Mills, S P Dalpeddar flock for 2600 gns.

Another purchase heading towards Ravenstonedale, near Kirkby Stephen, was a gimmer lamb from the noted Hewgill flock, when George Shields, from the Skeughdale landed his target. He had been thwarted at the Hawes sale, being the underbidder to three Hewgill lambs, but was in no mood to back off at Carlisle, landing a daughter of the B41 Hewgill, which is rapidly becoming something of an iconic sire, for 8000 gns, and out of a ewe by Z14, the same combination as the reserve champion from the same pen which sold for 1800 gns, selling to Andrew Campbell, who has had an exciting weekend building up his flock in Argyll, landing several top notch sheep.

Buyers were patient throughout the day, and it was just as well they were as it was some of the later lots which attracted the money, indeed the penultimate sheep into the ring which attracted the third highest bid of the day when Lewis Forster from West Nubbock landed a sharp gimmer lamb from P Smith of The Dyke for 4400 gns. This lamb had home breeding on both sides. Sired by Y7 The Dyke and out of a ewe by X2 The Dyke.

Midlock’s annual consignment for this sale always attracts the buyers, with the flock building up an excellent reputation customers are keen to buy into some of the best bloodlines available, and this year was no different, with the flock meeting a very strong demand, with 22 sheep forward, only one didn’t break the four figure barrier, and they topped out at 3500 gns with a corker of a gimmer, combining power and style with some excellent back breeding. C106 Midlock was by the A13 Kirkby Redgate and out of a ewe by N25 Nunscleugh and carrying triplets to the legendry W25 Midlock Controversey, which is behind so many of the top modern bloodlines around in the breed today. Buying this gimmer shearling was D Jarvie, Cherry Field, Perthshire, who forked out 3500 gns.

Gordon Rawsthorne from the noted Lunesdale flock, considered by many to be one of the main pioneers of the modern type of Leicester, had a couple of gimmer lambs on offer, and the pick of these sold for 3100 gns to J Lee, Morley Hill. This sharp gimmer lamb was by the £6000 B1 Highberries, which is doing well in the Lunesdale flock, and out of a ewe by the M1 Star Green, which has been behind some of the best Lunesdale breeding over the decade or so.

Following on from their success at Hawes the Booth’s from the Smearsett flock, Austwick had a good trade when they sold an in lamb gimmer shearling out of the W2 Lunesdale sired ewe, which was also the mother to the £8000 tup lamb and full sister to a gimmer lamb they sold at Hawes for £2700 last week. This modern type of a sheep, by A1 Hundith and carrying twins to C1 Shafthill, and sold for 3000 gns to Ellis Bros, Addingham.

A whole host of sheep sold in between the 1000-2000 gns mark, reflecting a buoyant trade in the sheep market as a whole, and in particular the Mule / Bluefaced Leicester section, with the success of each other going hand in hand, and with the demand for the Mule ewe seemingly unquenchable, the future looks bright for the Bluefaced Leicester Association too, who this year celebrate their 50th anniversary, and the way things have panned out in the opening sales of this year, it could certainly be an anniversary year to remember! 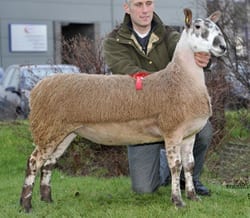 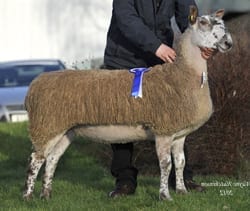 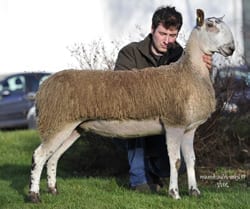 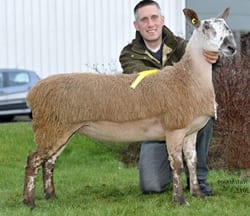 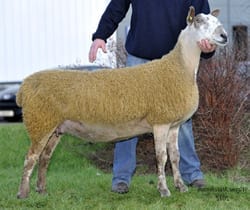 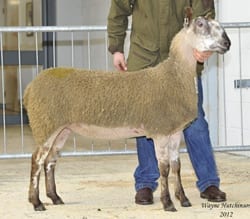 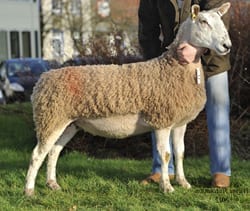 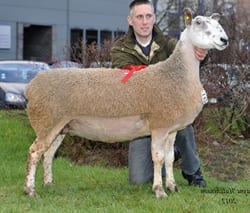 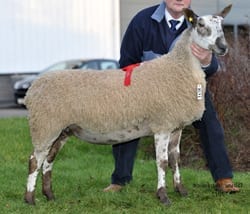