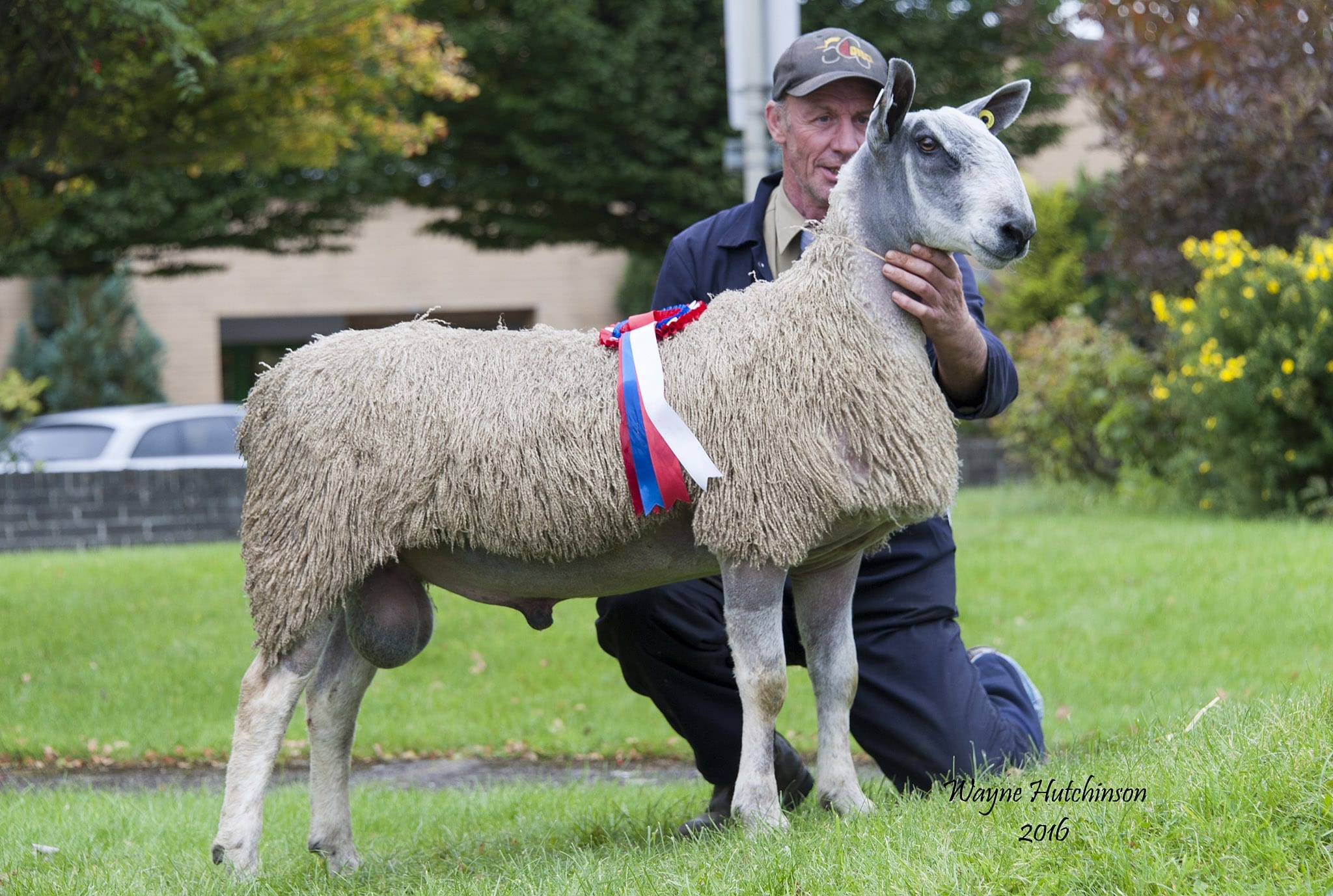 The curtain came down on the Bluefaced Leicester season at Carlisle last week, and what a great season it has been for the breed. With more sheep than ever on offer and averages up at most sales, and several million pounds changing hands in the past few weeks, it is no mistake to say that the breed is right at the heart of the British sheep industry, whichever side of the breed you are at.

Traditional
The highlight from the traditional section came very late in the day….not quite the last tup into the ring, but certainly in the last consignment. It was the fourth of the Street pack which was the star turn here. Shown in the pre-sale show, it went on to rattle up the bids, making £5,200 by the time the hammer fell. This February born son of D4 Ashes, which only cost the Street flock a mere £640, was out of a ewe by A2 Piel View, which has left a lot of good females in the flock. His new home will be up in Northumberland with Derek Henderson, Burndale, who will be hoping it passes some of the strength and power he carried, along with a fantastic skin, into his flock.

Two tups hit the £3,400 mark. The first of these came from the Piel View flock, based on Walney Island, just off the coast of southern Cumbria. They have built a great reputation with their flock over the past few years, and were always going to be a pen to watch. Their first lamb, J1 Piel View, had previously taken the Male Champion at Penrith Show, whilst its mother, by F9 Myfyrian, stood first in its class at the Yorkshire Show too. With quality like this it was something special. He is by the H4 Auchry, which only served four ewes last year, but has had other tups to £2300, £1,350 and a gimmer which took the Res. Interbreed at Penrith Show. Needless to say he will be getting quite a few more ewes this year. He was sold to M/s Coltherd, Foulshiels. The Piel View flock levelled at £2231.25 for their four lambs.

The second tup to hit £3,400 came from Phil Howell, Long Mynd, who had travelled up from Shropshire with his consignment. He runs 19 ewes alongside the main farm business, and this boy was out of a ewe by C1 Myfyrian which he had been bought off Mosser Mains as a ewe lamb. He had been so taken with the C1 Myfyrian when Mosser Mains bought him, he was keen to buy some female bloodlines in, and this tup justified that decision. He is by G1 Daisy, which they bought privately, and was out of the flock’s show ewe. He had a tremendous skin and caught the eye of many top breeders, but the breeder most determined to land him turned out to be the Mosser Main flock, buying some of their breeding back in….it’s a bit like swap shop! The Long Mynd flock also took the Female Champion and Reserve Overall Champion with another G1 Daisy sired sheep. This one was the very last female into the ring and sold for £1,200, selling to W & L McKendrick, Burnhead Farm, Cupar.

The Champion of the day, judged by Caroline MacGillivray, came from the Mosser Mains flock, based in west Cumbria, run by Alan and Jane Clark. He was a strong powerful tup with a great mouth and skin, and it made their day when he went on to take the Championship ticket after winning his class, making it a first for the flock, after coming close several times previously. He is by the £6,500 G2 Street shared with the Myfyrian flock, and out of a ewe by E1 Red Cottage, which has done well, breeding the Champion at Longtown in both 2014 and 2015. J1 Mosser Mains had also taken the Breed Championship at Cockermouth earlier this year, and sold to Lee Beacom from Lakeview Blues over in Co. Tyrone for £3,200.

Elfyn Owen was first in the recorded lamb section with his powerful lamb, J2 Cernyw by the G1 Cernyw Gladiator, which is the flock’s main stock sire, by Muscleman and out of a ewe by X1 Llwygy. He sold for £2,500 to Phillipshaugh Estate, Selkirk. 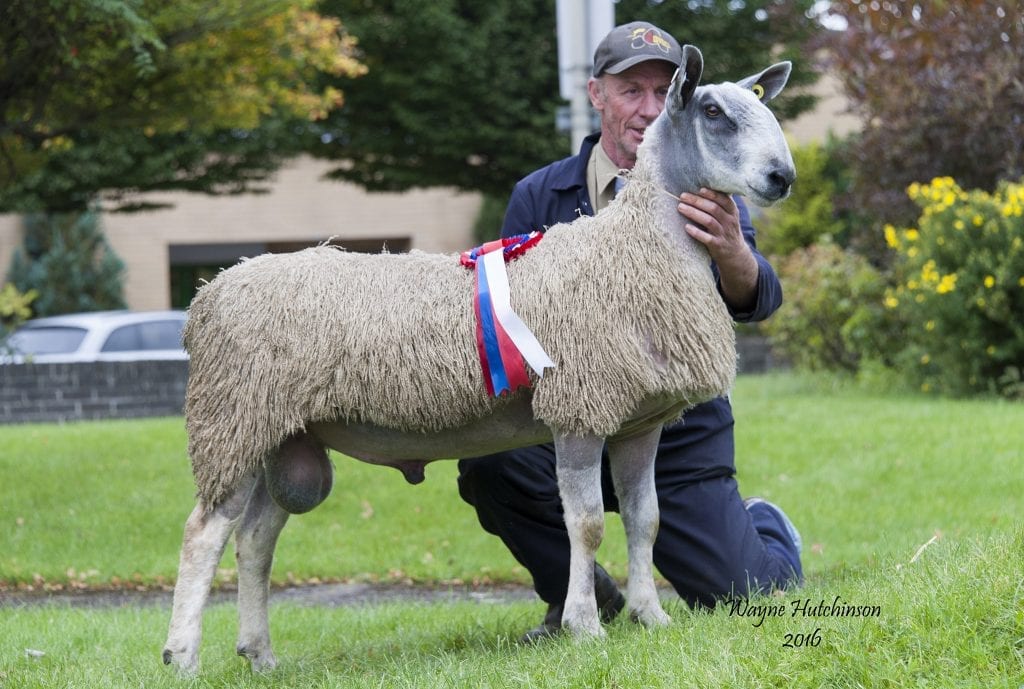 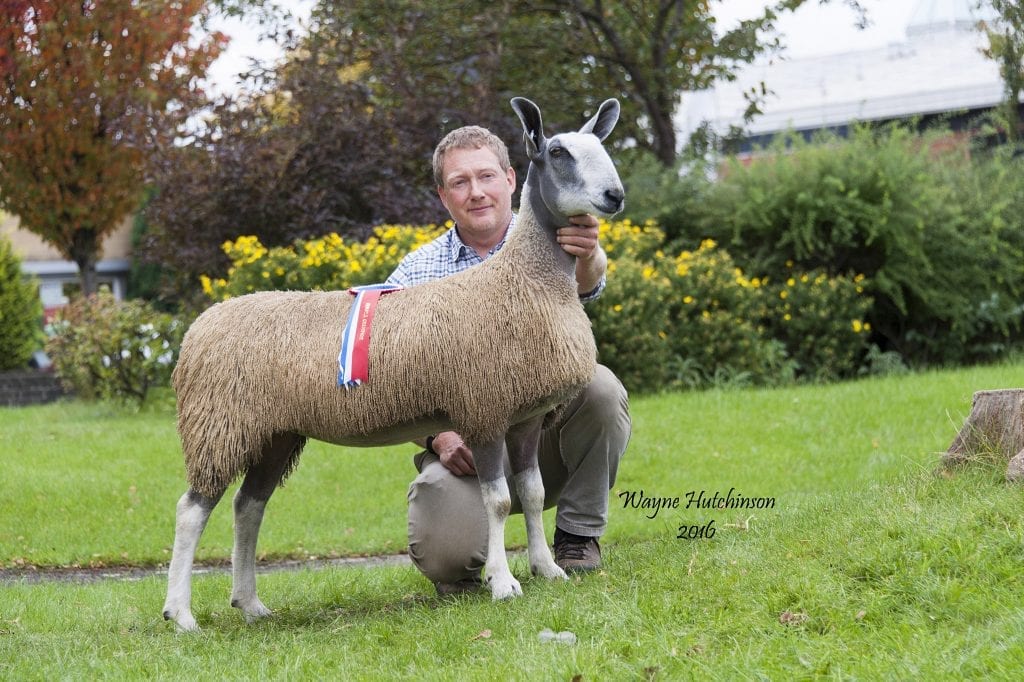 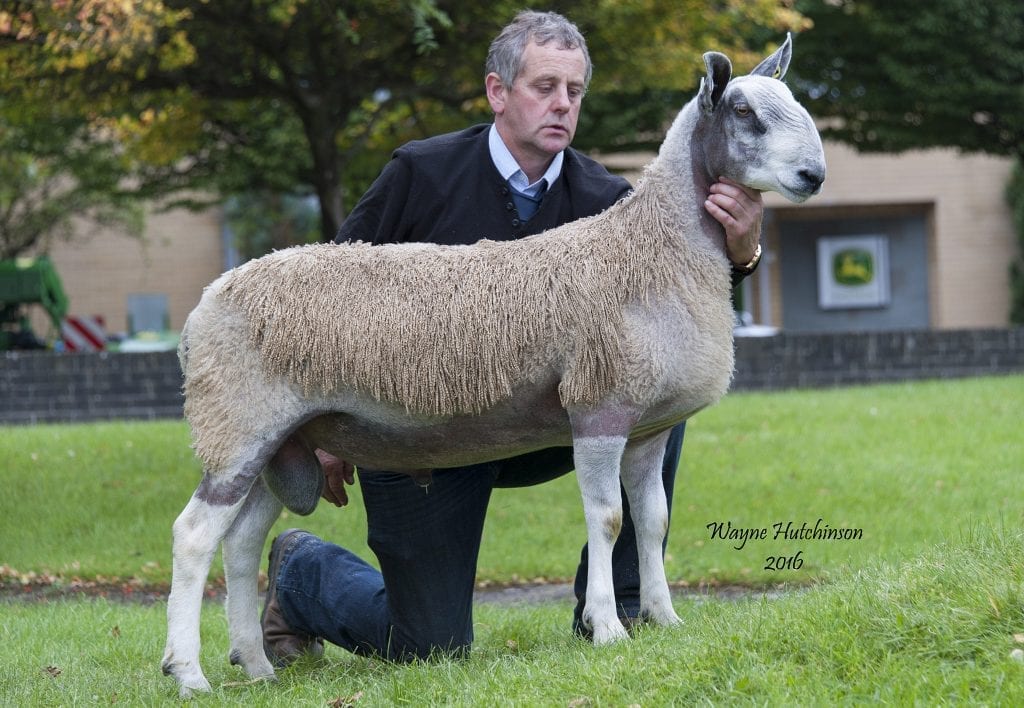 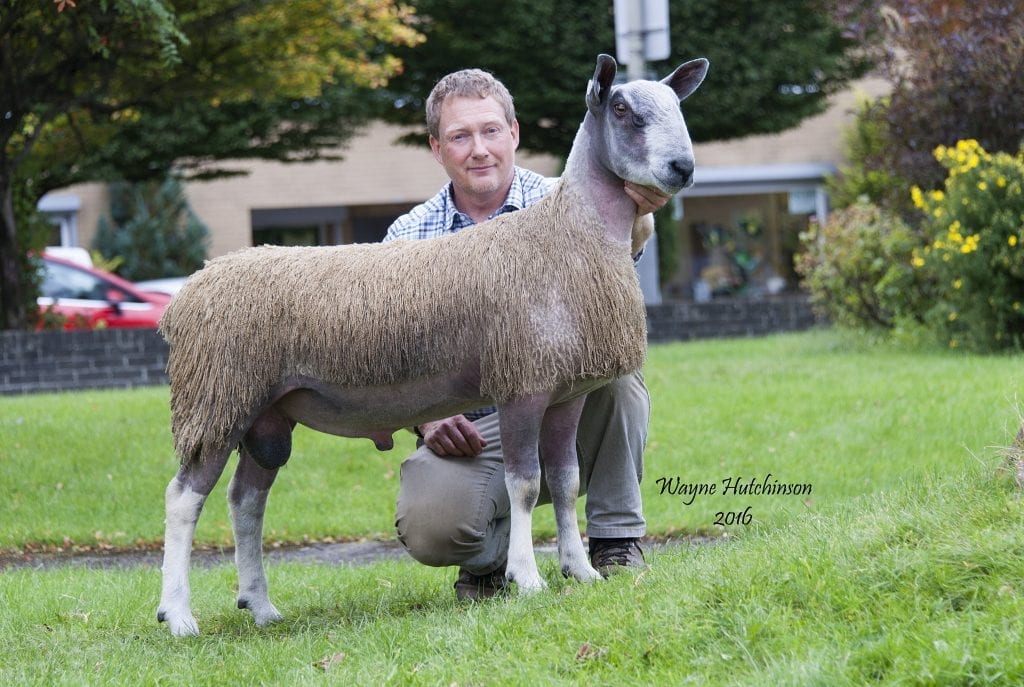 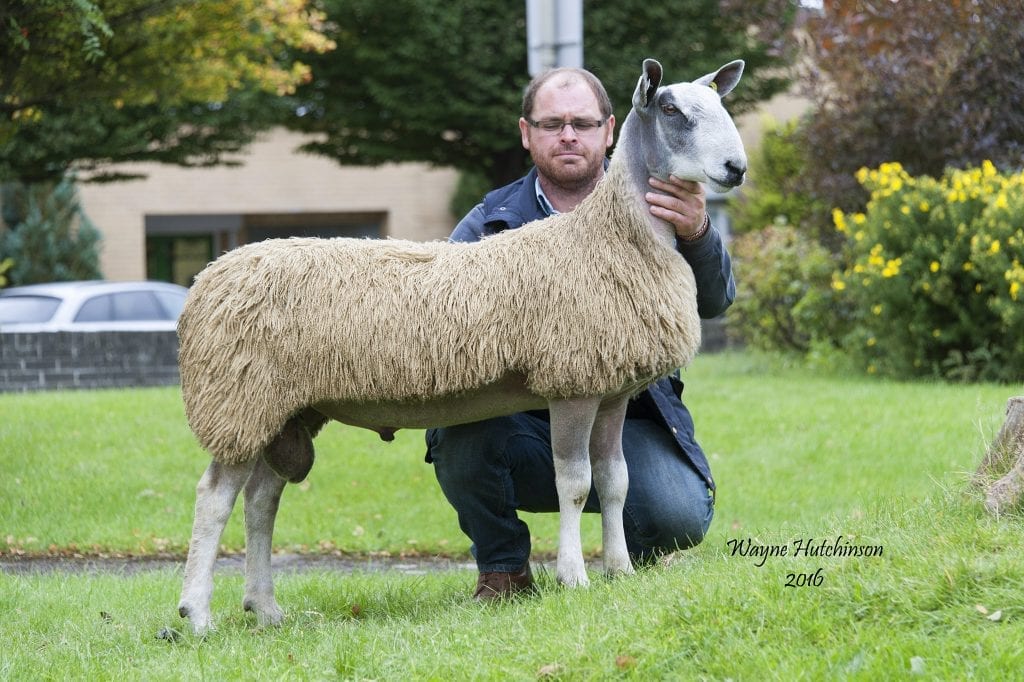 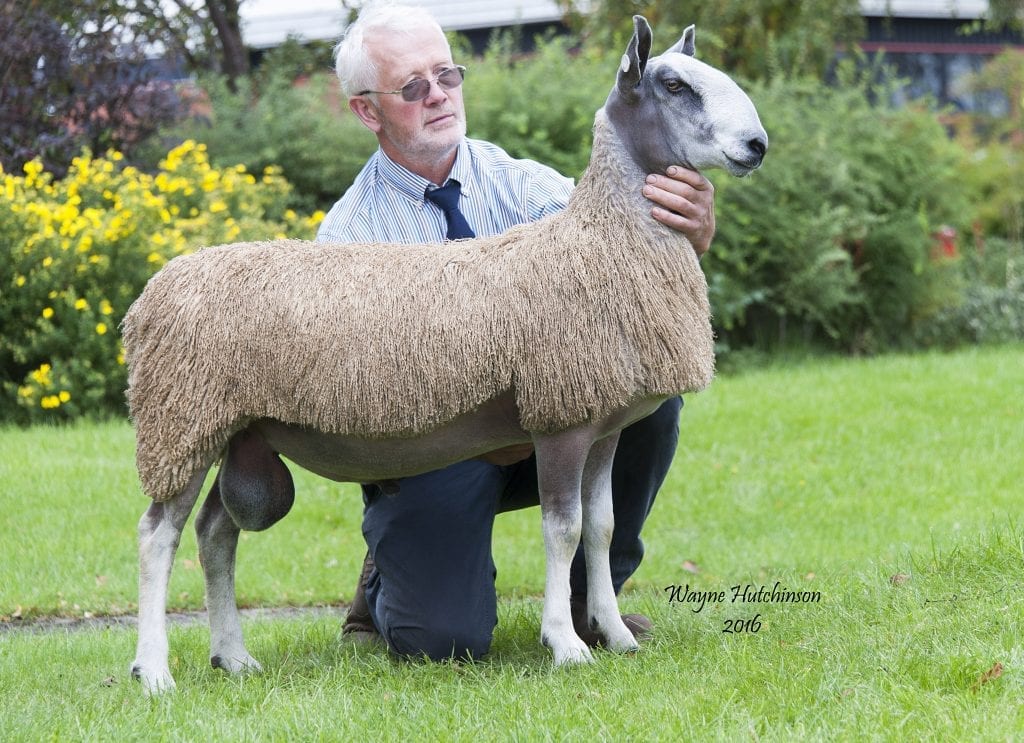 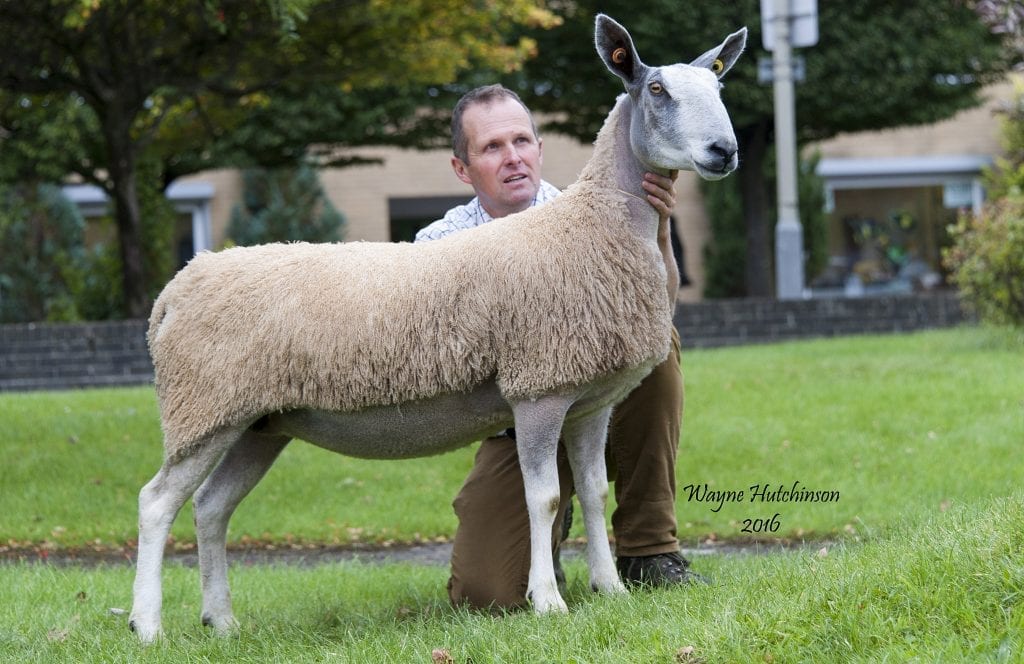