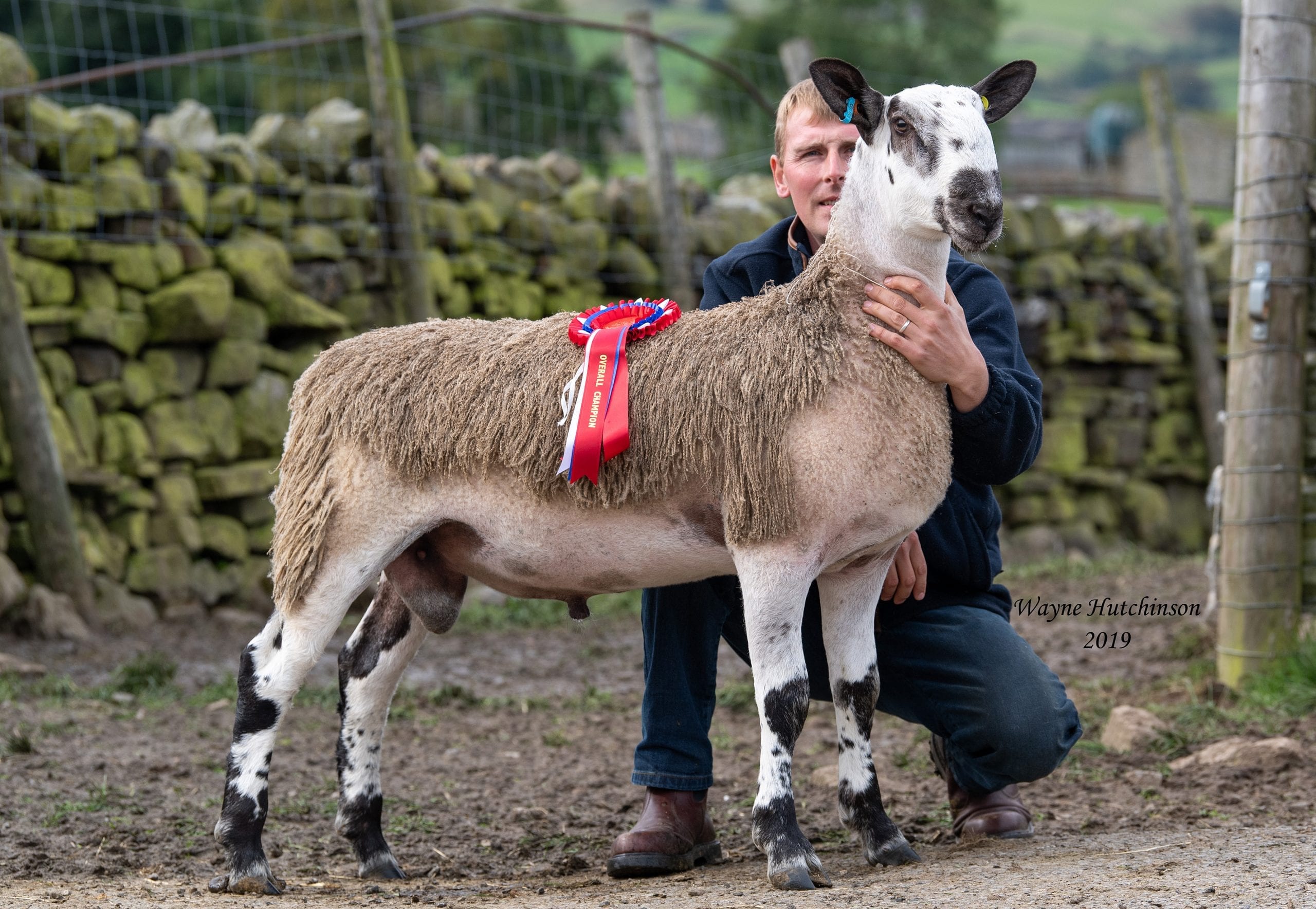 Once again, the Hawes Bluefaced Leicester sale didn’t disappoint. A lot of sales fail to live up to the hype surrounding them, but Hawes never seems to disappoint and few sales anywhere in the country generate the atmosphere of the Hawes tup sales. A legendry marathon in sheep sales terms, from the show kicking off at 7.15 am to the hammer falling on the last lot, generally just past midnight, and tups brought together from all corners off to the UK back to their new homes, again, all over the country. It is the sale that Mule masters live for, and long may it be so.

There was a smaller entry in the sale this year, with nearly a 100 less lambs forward, which helped the trade considerably, with the average rising just less than a £100 to £1440 for the 532 lambs up for sale. Buyers were looking for strong, correct lambs with proper crossing lines in them.

Topping the day’s trade and having one of the best trades ever seen at this sale, was the noted Hewgill flock from the Lord family, Stainmore near Kirkby Stephen. Their sale came late in the day, well after the sun had settled, and there certainly were fireworks to be seen! The first three lambs, unshown at the pre-sale show, were embryo brothers by Hewgill F52 and certainly drew the punters in. Combining stunning looks as well as full of the best bloodlines for the Mule breeders they were always going to attract the big guns. The first strode into the ring and a silence settled on the packed ring as though everyone sensed something special was about to happen. The bidding started at £5000 and John Walton, the returning guest auctioneer, raced through the gears as the bids came thick and fast, finally settling at £30,000, selling in a 4-way split to Riddings, Dawyk, Allanfauld, Drimsynie. The hammer had hardly fallen when the next tup marched in, again setting off high and the hammer falling a few minutes later after racing up the scale for £22,000 to Jamie Pirie and Amy Campbell. The third embryo brother in, M3 Hewgill, then sold for a slightly more modest £10,000 selling to Richard Hutchinson, Kirkby Redgate. Most of the Hewgill Mule gimmer lambs in the top pens that won at both Hawes and Penrith were got by sons of the F52 Hewgill, who has always been a good, consistent Mule breeder, but they haven’t been able to use him on the pures until recently as he was to closely bred to their females, via the Z14 Hewgill, which has been the backbone of the flock for such a long time now. Their dam, Hewgill K101, was the best gimmer shearling out of that year’s batch of females and is proving to be an exceptional breeder to boot. Another F52 son sold for £8000 to help level the Hewgill pen at £7990 for 10 lambs. Some achievement for one of the most noted flocks within the breed.

Following the Hewgill consignment can be a daunting prospect at the best of times, but after such a trade for most people it could be impossible, but as luck would have it as Hewgill left the ring, it was the turn of the day’s champion to make his appearance. He came from the Yore House flock, run by Jim Pedley and sons Martin and Stephen, who have been enjoying a great spell at the shows and sales over the last few years with both their Mules and pure Leicesters. This smart boy hasn’t been out before today and whilst they knew they had a good tup on their hands, you never know how they will come into company. However, he caught the eye of the judge, Alan Wight, Midlock, who had no hesitation in placing him at the top of the tree. This powerful lamb is by the L1 Carry House, a purchase from Hawes last year for £11,000 and out of a homebred ewe by Drimsynie H2, a son of Midlock Knight Rider, going back to Mustang. She has been shown, winning interbreed at Moorcock and a proven bloodline, with her full sister selling into Northern Ireland. Bidding was strong and the hammer fell at £20,000 a cracking trade for a good tup and a personal best for the family, selling into Northern Ireland in a 5-way split to Ian Montgomery, S Laverty, G & J Loughery, E Harkin and A M A McKillop.

Another personal best was from Sandy Ainslie from the Linkshead flock, Berwickshire, when their tup, M1 Linkshead, took 5th prize at the show and then sold for £15,000 attracting much attention for his sheer size and power as well as his looks. His bloodlines were very impressive too, sired by the £5000 Penhill they bought last year, going back to the impressive K1 Steel, which was £20,000 at Hawes a couple of years back and out of a homebred ewe by the J20 Kirkby Redgate. The flock has been running for 15 years or so and runs around 40 ewes and this is their best to date and comes after he took the 1st prize at a hotly contested Peebles Show. He was bought by Peter and Mary Heard, Yelland, Devon, who were penned directly opposite the Linkshead pen and Peter fell more and more in love with it all day as he watched it!

Trade was set early in the day with the noted Riddings flock one of the first flocks through the ring. They saw their consignment of 16 lambs average at £2650, with the top a bid of £13,000 for a son of the Carry House Jackpot out of a homebred ewe by E22 Riddings “Domino”. This smart lamb sold to Midlock and their number two lamb, the same way bred, sold to the Hewgill flock for £10,500. Jackpot has really been a Jackpot for Riddings, getting so well, with five of their top pen at Hawes by him and his progeny winning numerous tickets at shows over the last couple of years, and with that breeding behind them should certainly see them do well at their new homes.

As always, the Midlock flock saw a great trade for their pen of big strong tup lambs. This year’s pen leader was by a homebred tup, L27 Midlock, by the £10,000 K1 Highberries, which was the overall crossing champion at the Highland this year as well as being male champion last year as a lamb. Out of a ewe by another homebred tup, J6, a son of Mustang, he went and sold for £12,000 to the Carry House, Steel and West Biggins flocks. The Midlock pen enjoyed a great trade across the board, averaging £3027 for their 13 lambs forward.

Another of the big hitters in the Mule trade enjoyed a good trade, with Robin Booth and the Smearsett flock bringing out one of the best sheep at the sale with their 4th prized tup lamb. Full of power with great colour and a crisp white, he turned heads at the sale and with the bloodlines flowing through him he was always going to be a top target. By the G11 Smearsett, better known as Ted, which is a pheromonal getter of Mules, he is out of a Highberries ewe back to Harland W2. The Smearsett Mule gimmers are well known for their quality and it was no surprise that the top breeders in the North of England were desperate to capture him, and indeed it took a heavyweight group of five to land him, with Riddings, Hundith, Asby Hall, Greenhow and Buckles, clubbing together and putting £11,000 into the kitty to land him. Another son of Ted, out of a Highberries ewe by the old Z4 Hundith was bid to £8000, selling into Scotland to the Hamildean and Dawyk flocks.

The last of the five figure prices came from the Farden flock from M/s Shennan, making their second appearance at the sale, when they sold Farden M1 in a £10,000 deal to The Steel and Macqueston. This strong lamb is full of top crossing lines, with more than a little bit of Highberries blood flowing through him, and the full brother to L1 Farden Popeye which they sold for £10,000 last year. By a £7500 Blarnavaid tup, by H1 Highberries, bought at Stirling and out of Highberries D47, the full sister to Highberries C18 “Brown Tag” that they bought at Carlisle for £4500 a few years back. 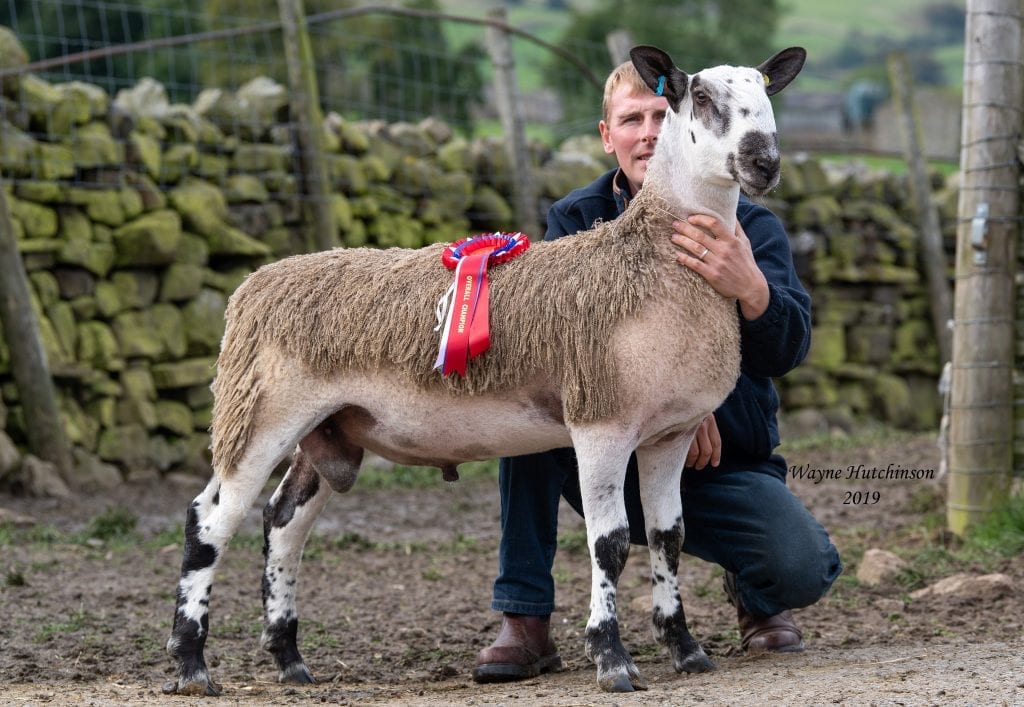 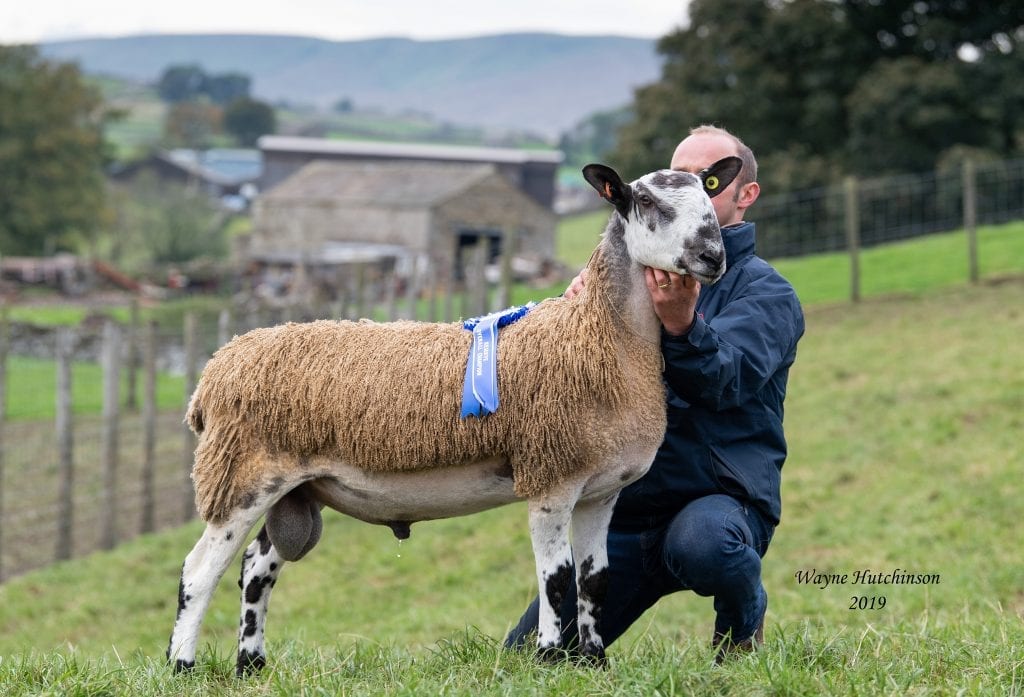 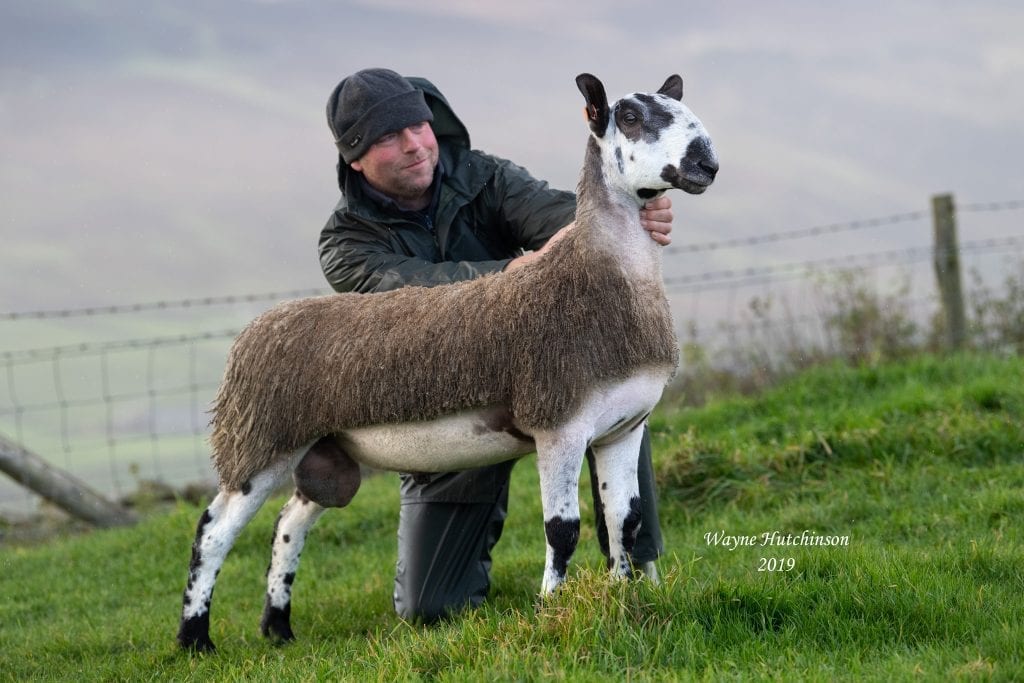 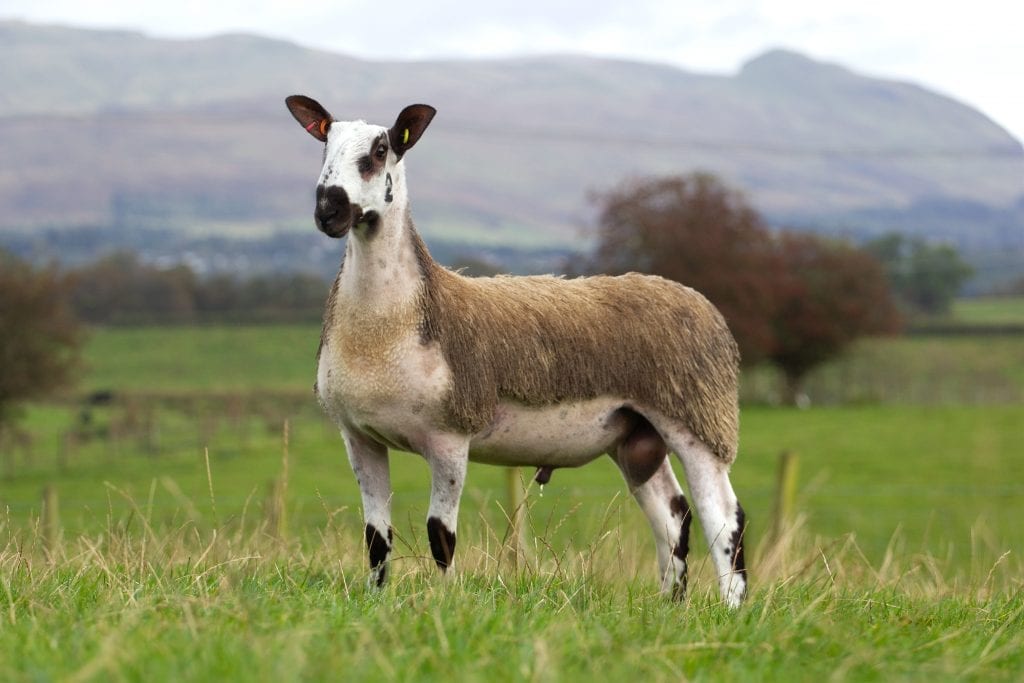 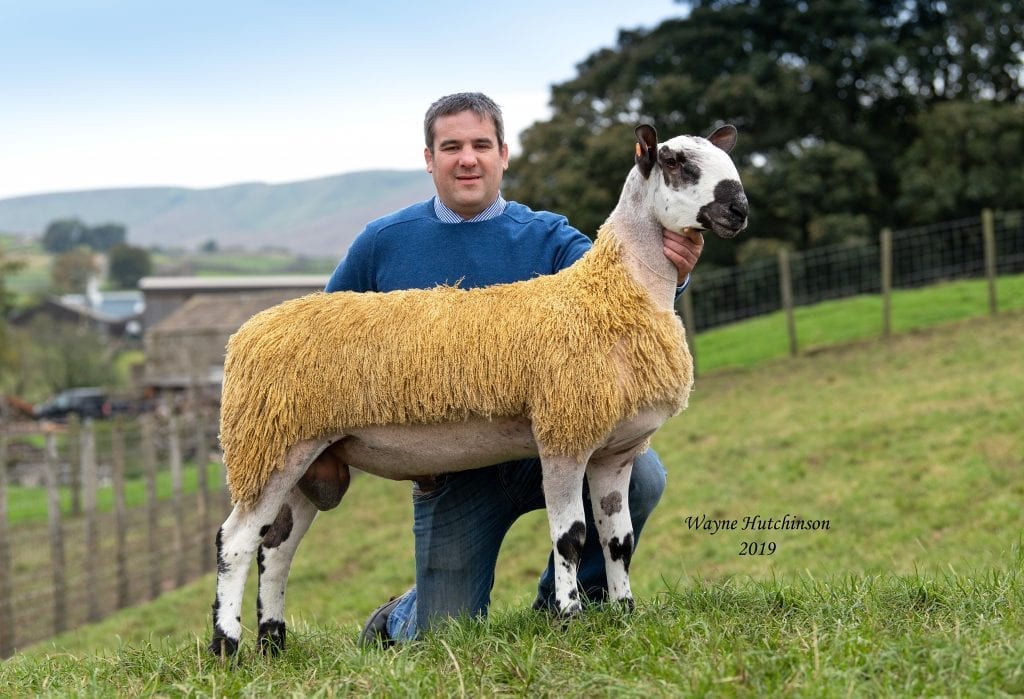 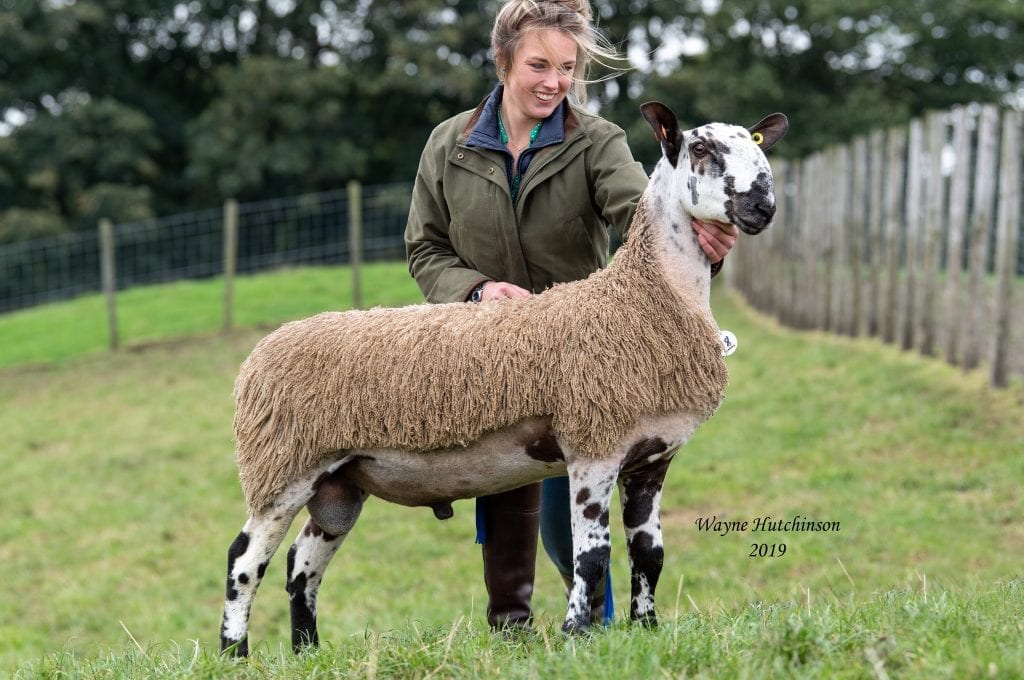 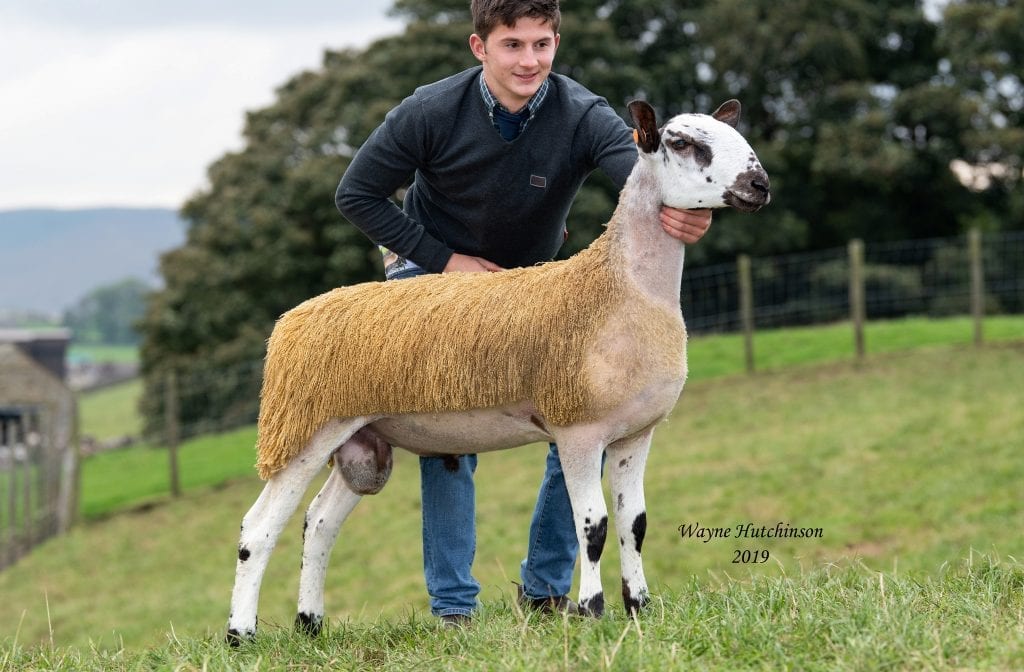 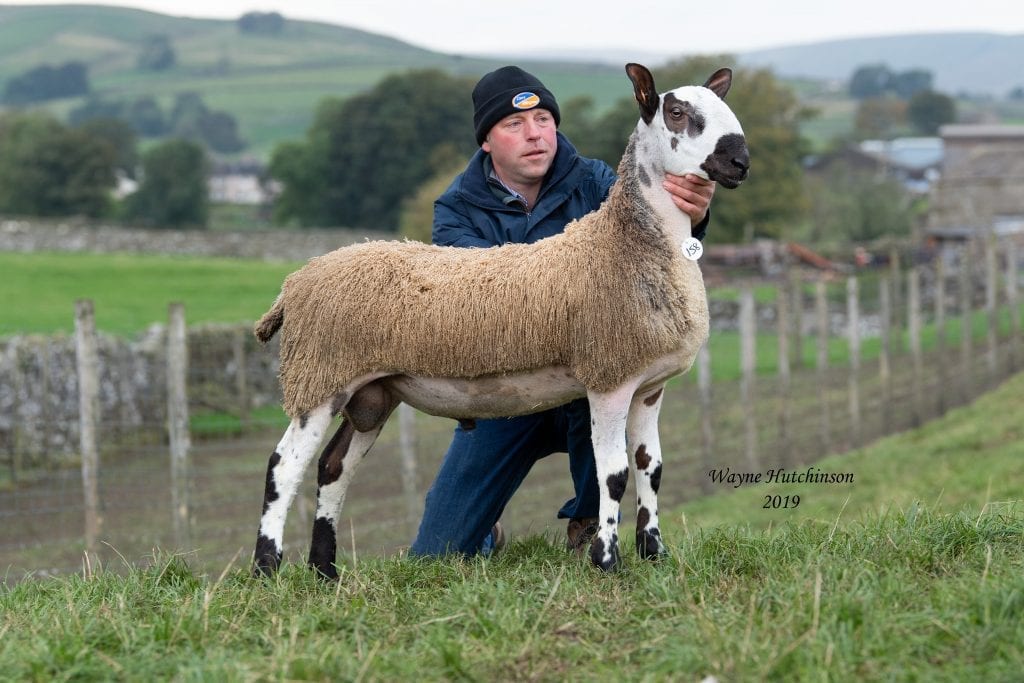 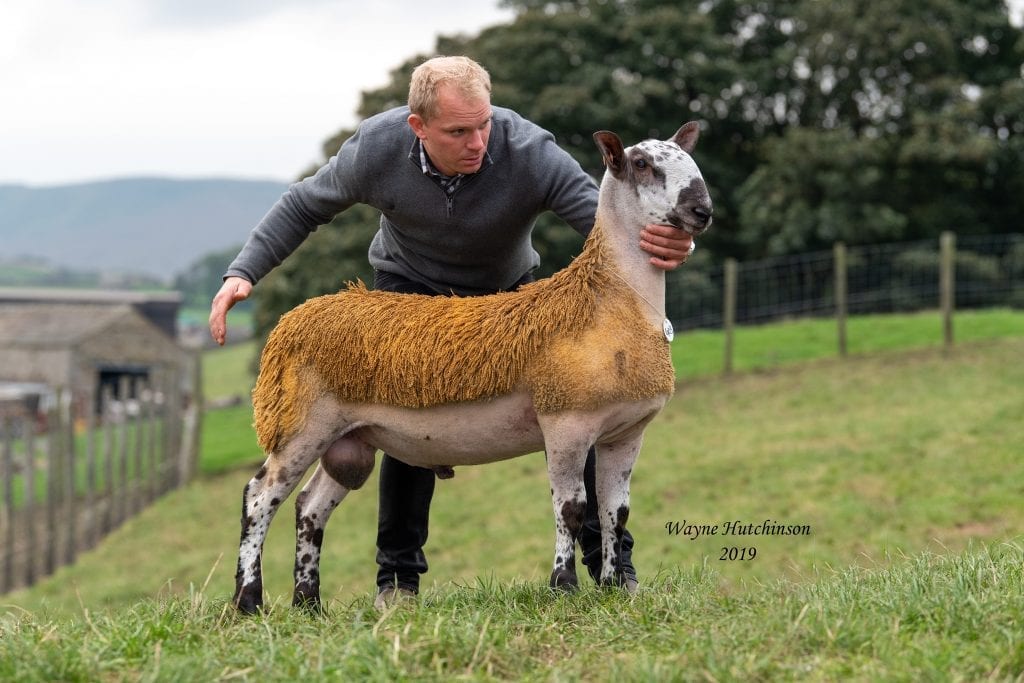 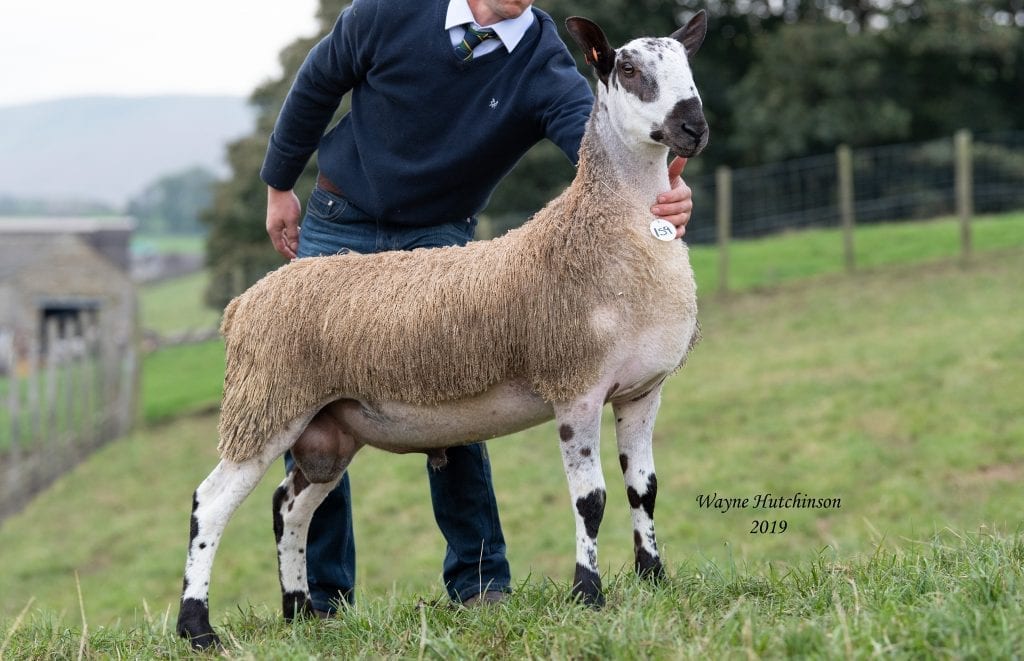 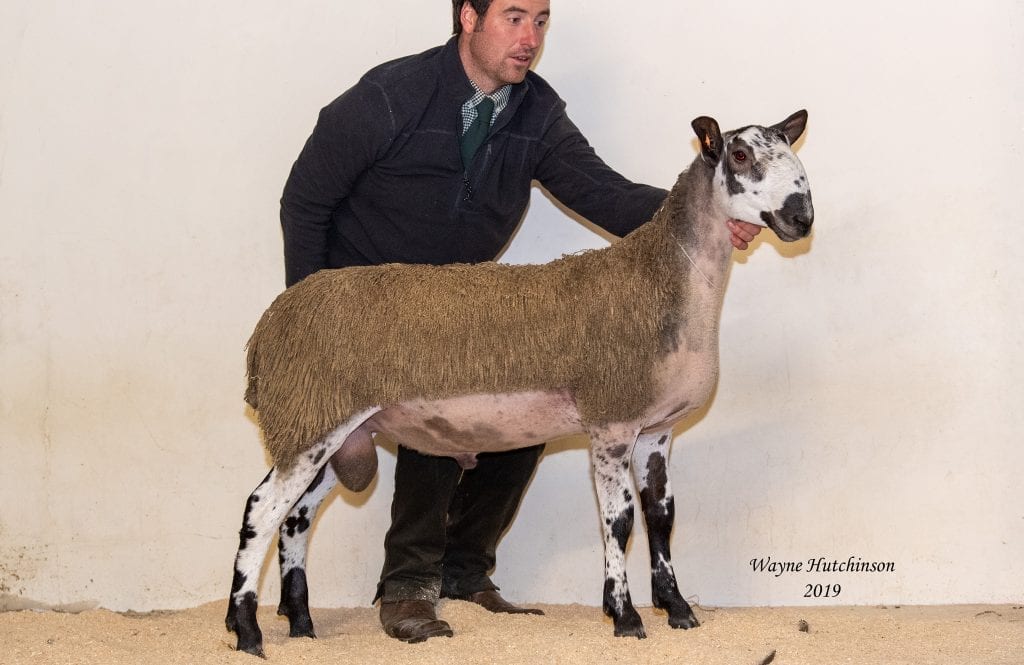 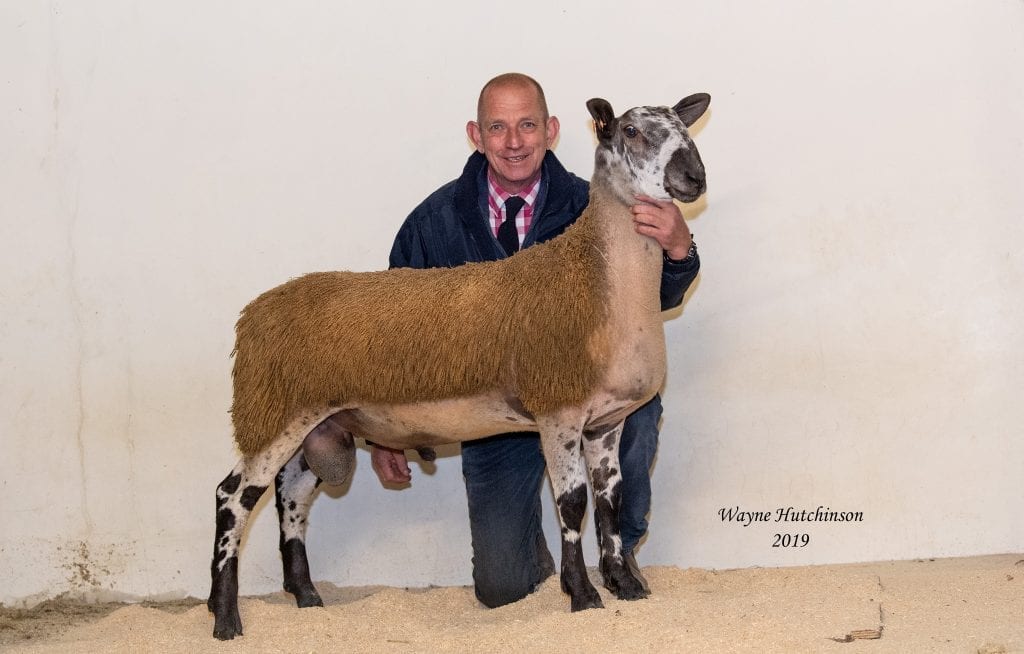 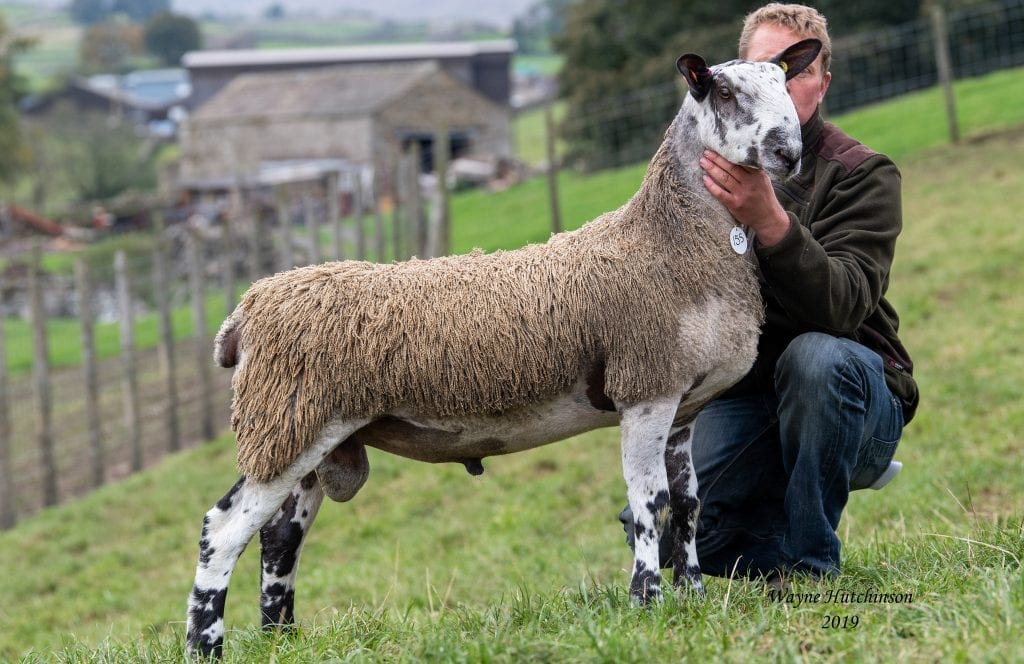 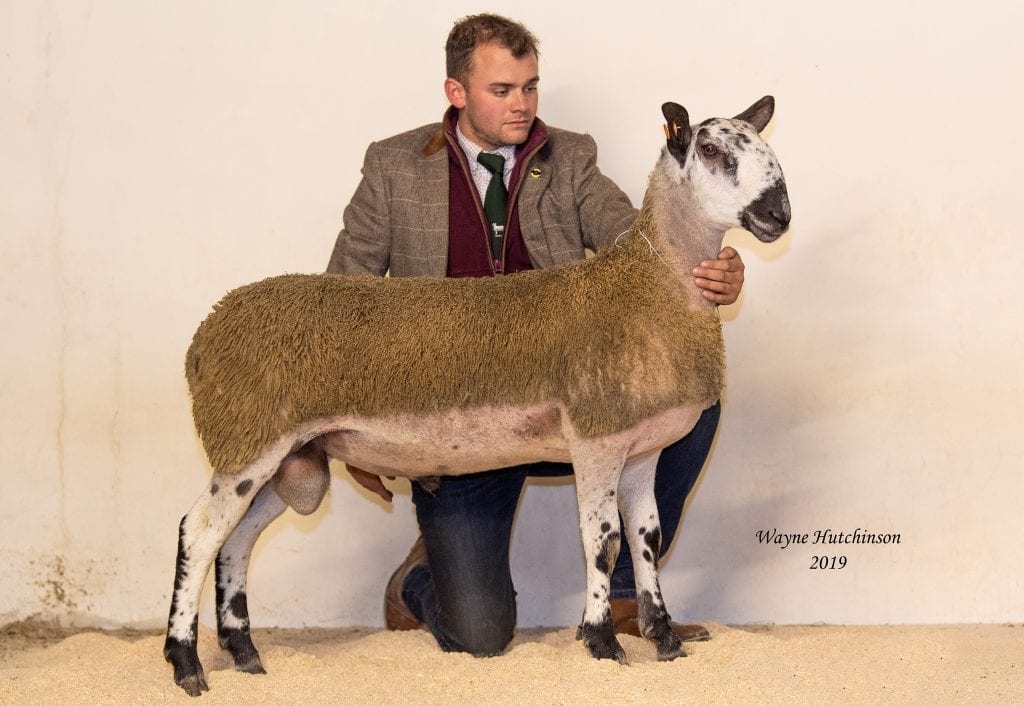 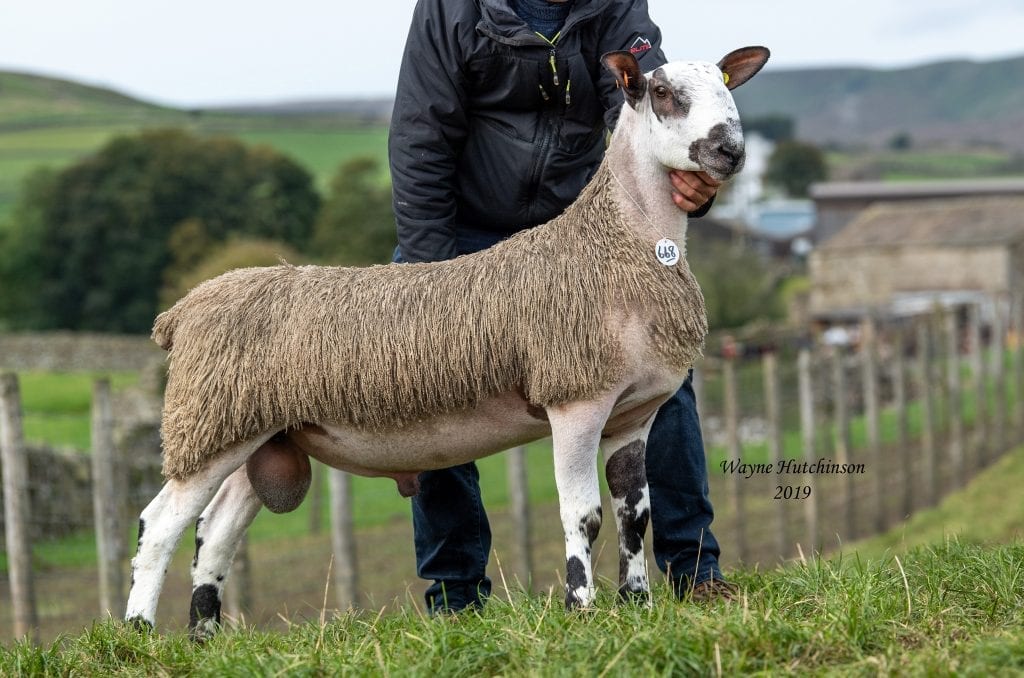 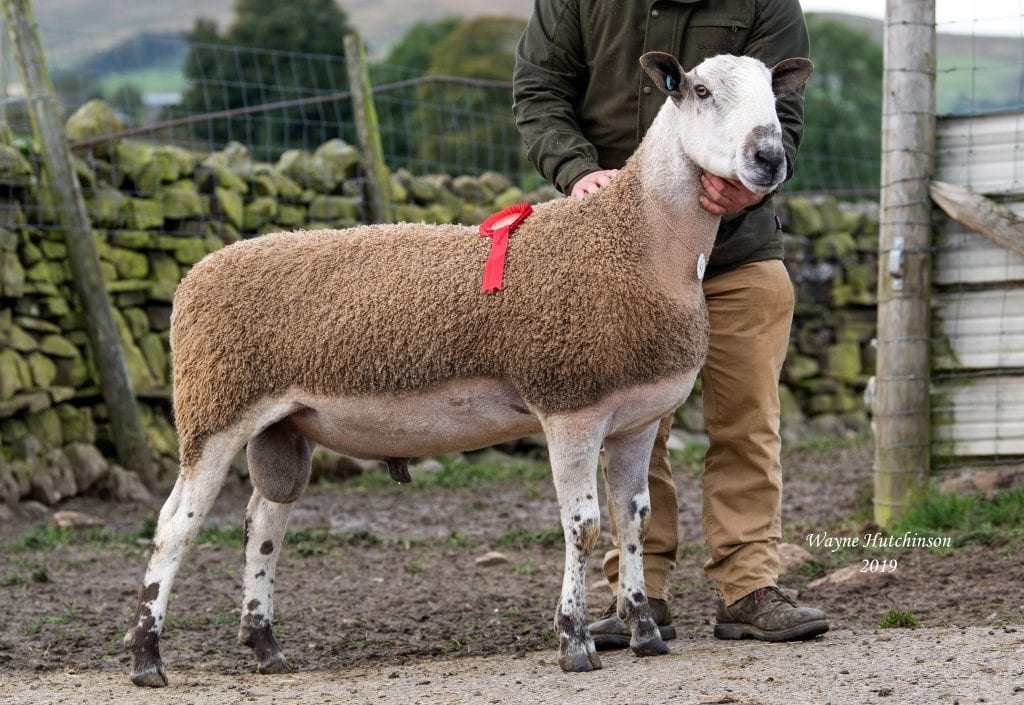 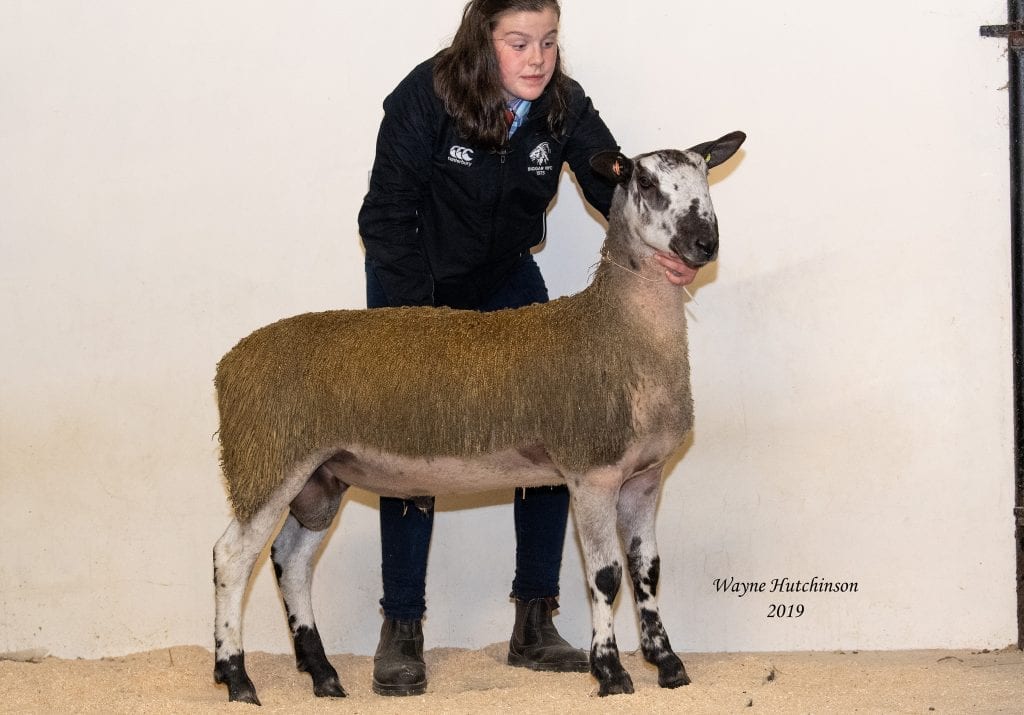 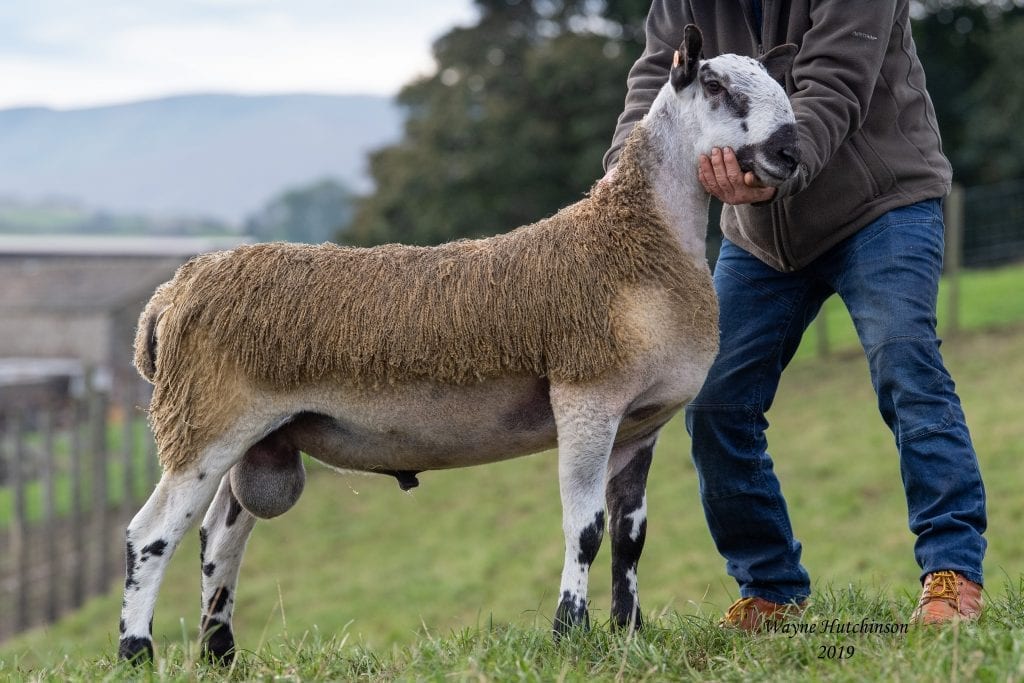 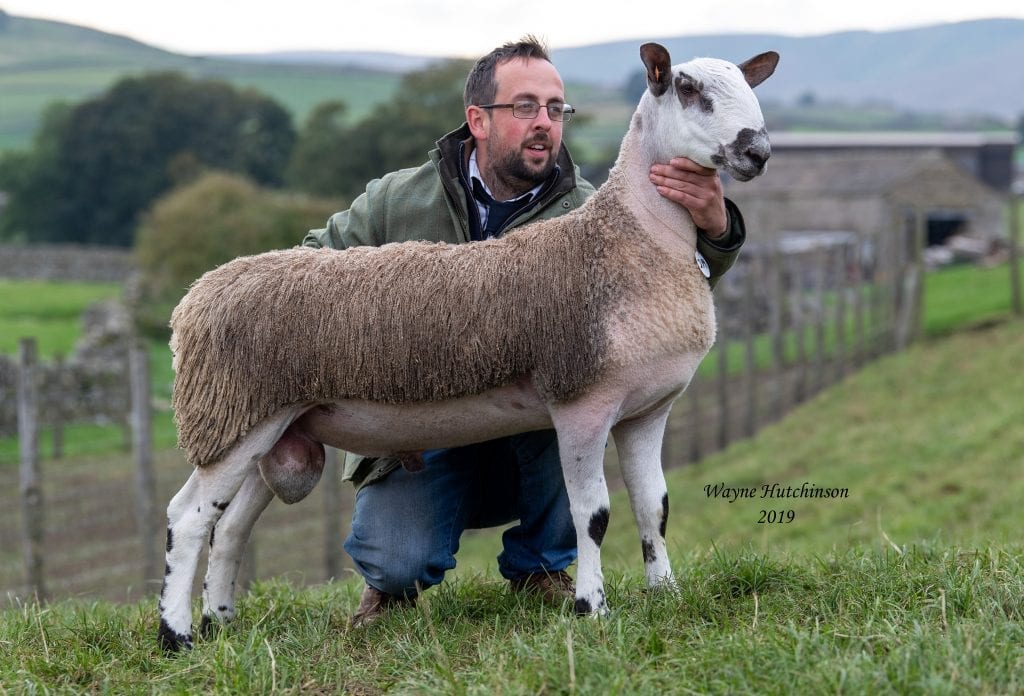 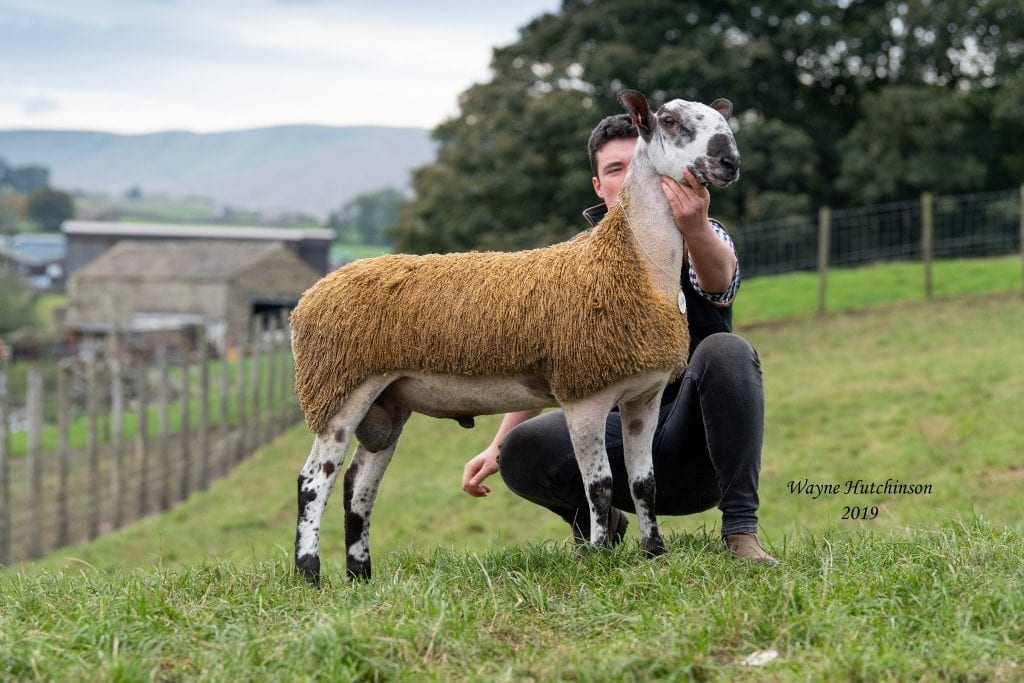 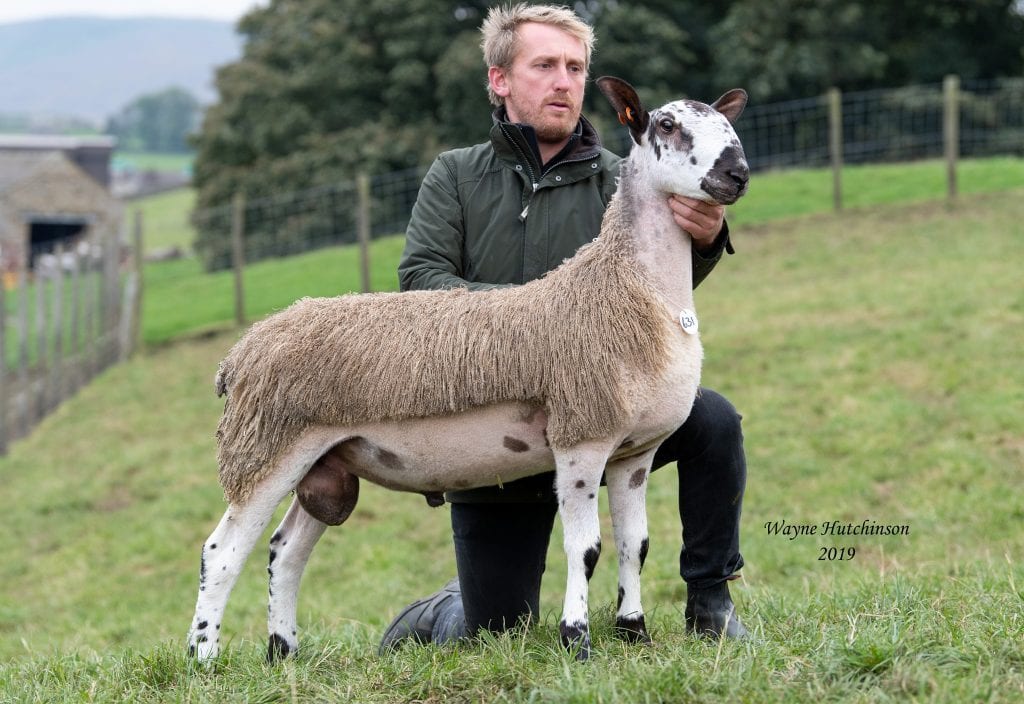 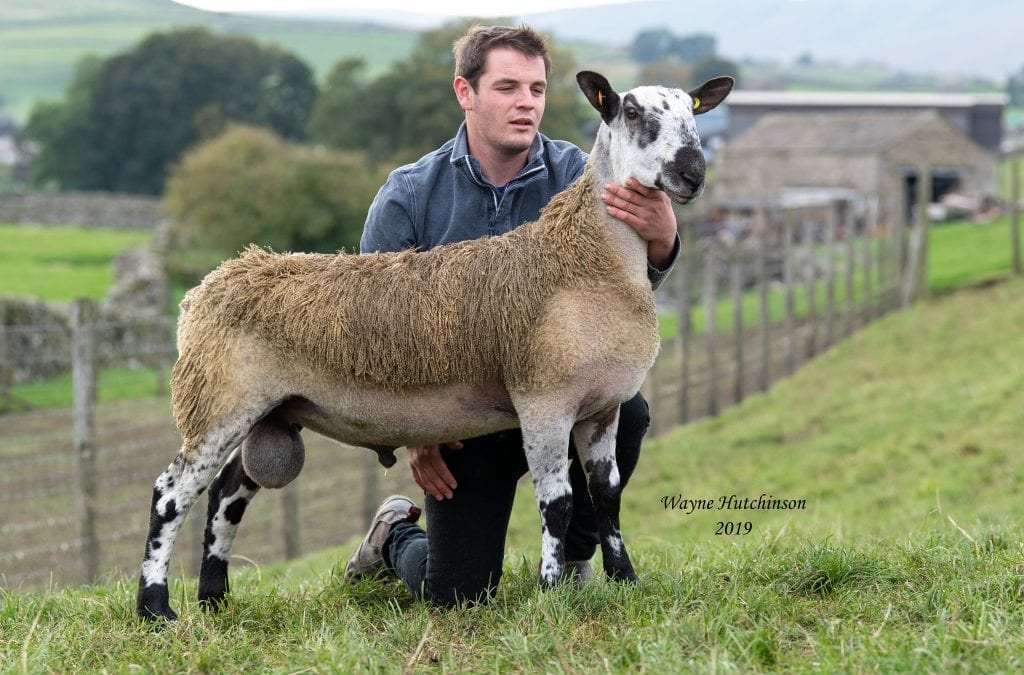 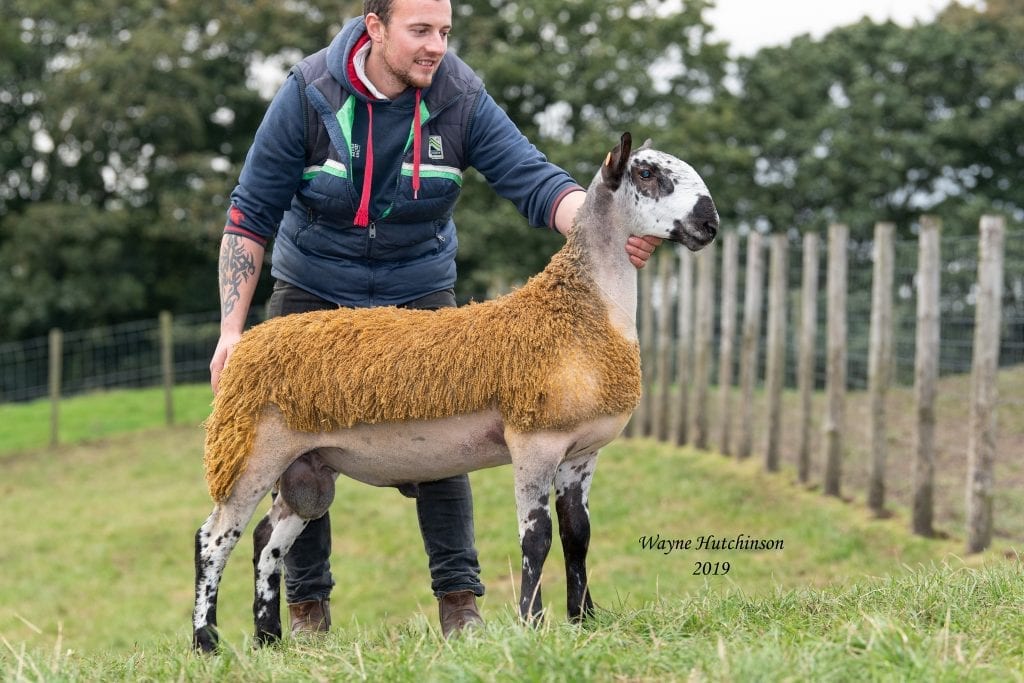 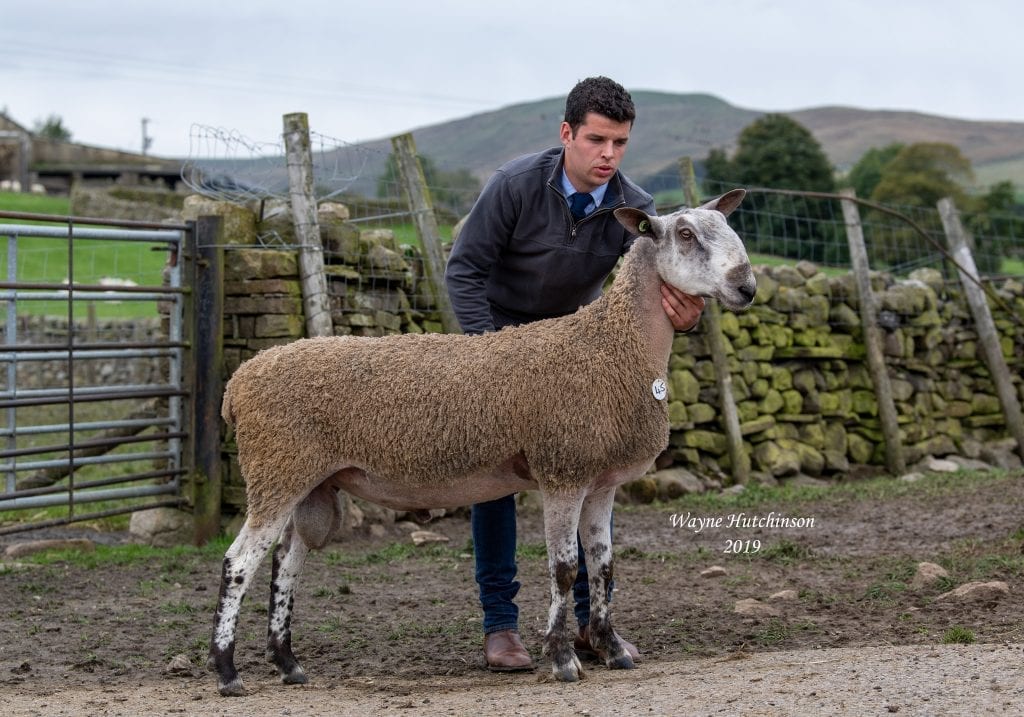