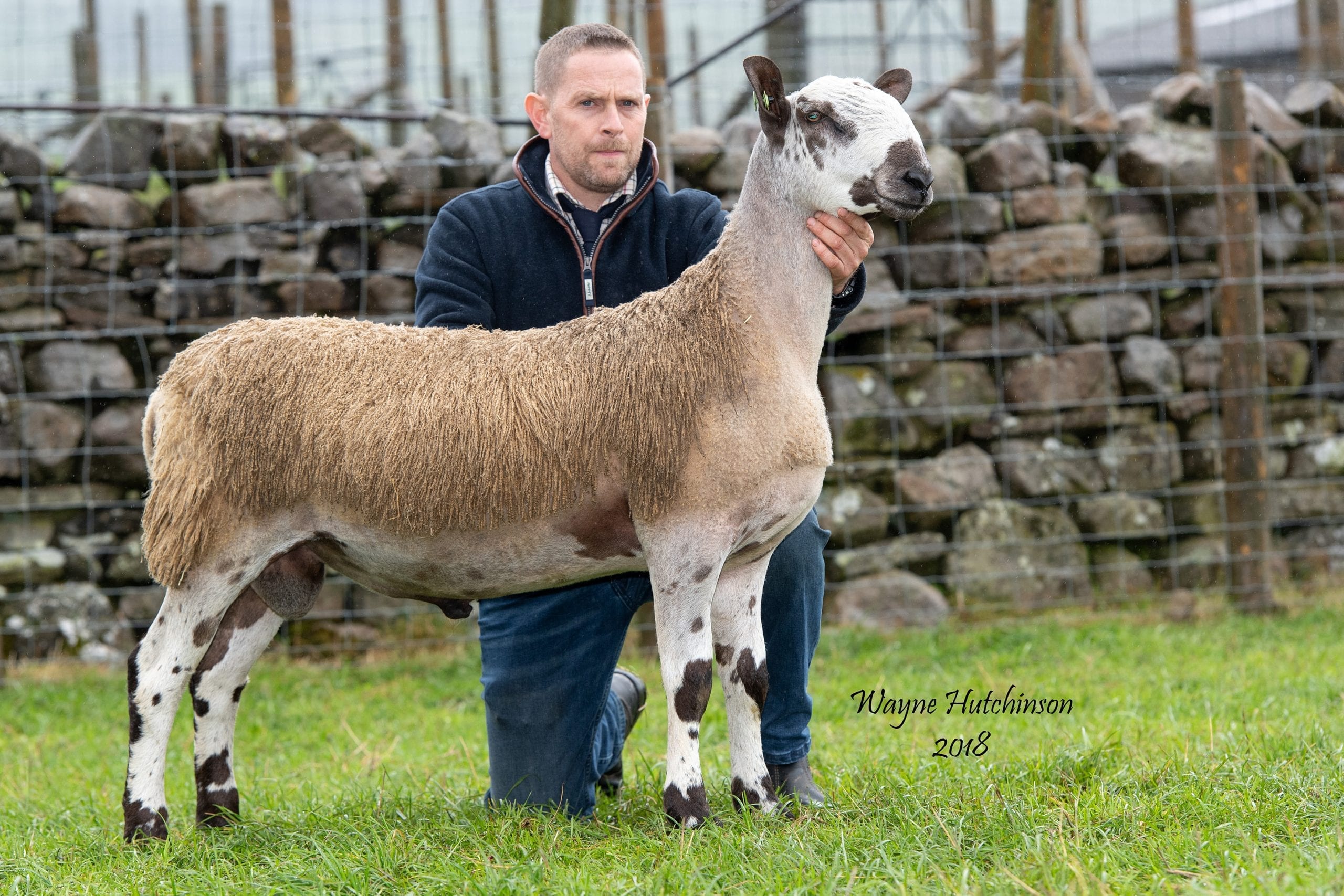 All roads in the crossing world of the Bluefaced Leicester lead to Hawes every year, and this year was the same, despite trade being down in the Mule circles, mainly due to the weather and lack of grass down south. Once again, the sale was a marathon event, the show starting at 7am and the sale at 9am. The last lamb went through the ring just after midnight, with Raymond Lund’s voice just lasting out the duration. Buyers from all corners of the UK converged on the small market town and the trade on the whole didn’t disappoint. The average fell a touch to £1354 in the lamb ring, with 627 lambs forward, but better than many people expected, with only one less tup than last year’s cracking trade hitting the magical five figure mark.

Topping the trade were Andrew and Caroline Hunter from The Steel, Northumberland, who on only their third trip as sellers to Hawes repeated last year’s feat of hitting £20,000 with a lamb. This powerful, clean lamb is by G1 Midlock and out of a ewe by the Mustang son, G34 Midlock which has really done well within the flock, with the Steel Mule lambs taking 3rd at the Hexham sale and averaging £119.50 right through at the first sale, a reflection on the quality of the lambs. The combination of top Midlock bloodlines caught the eye, but none more so than the originator of these lines, and indeed, when the hammer fell he was heading back to the home of his forbearers, with Allan Wight out muscling other bidders.

The Midlock flock recouped some of this when they went through the ring, around 11pm. Their trade set off slowly for the pen, but four lots in they had lift off when a son of K4 Marriforth, a £6000 purchase, strode into the ring and raced to £9000, selling to Gavin White and Heather Bowker. If that was lift off, the next one into the ring was lighting the afterburners, again by the Marriforth and again out of a ewe by Mustang. The pair of them were clean lambs with long reachy necks with a proper presence about them. This second lamb again had strong bidding and the final bidder, Obie Sharp and C J Campbell had to fork out £16,000 for his services. The Midlock pen finished with a great average of £4556 for nine lambs.

The leading flock average, of £5025 came from the Firth flock from Derek Hall who followed Midlock into the ring. His first lamb made £16,000, the flock’s top to date. This smart lad is by the £6000 Midlock G37, a son of the illustress Mustang, and out of a ewe by Nunscleugh G1, which was shown as a gimmer lamb successfully at Peebles. It was bought by Northern Ireland duo Alistair Christie and William Adam, who had pushed the Midlock tup to the limit earlier.

A brace of lambs made £11,000, the first was from the noted Carry House flock who are in a great seam at the moment. This year was no exception, with the number one lamb from Martyn taking 4th prize in the pre-sale show. This lamb is by the Highberries bred “Highlander” which is doing the business in the flock and out of a strong ewe by G34 Midlock, another stalwart of the flock. It was bought in a two-way split between M/s Pedley, Yore House and Shaun Procter, Musgrave. Martyn’s pen of 14 lambs averaged in at a very healthy £2421, a reflection of the strength of stock on offer from the flock.

The next at £11,000 was again from a flock with a great reputation, Smearsett. Their Mule gimmers have once again been catching the eye at the shows and sales this autumn, and as buyers looked for the best crossing lines their eyes were inevitably drawn to this cracking pen of lambs. Their first lamb was a bit special, both in looks and breeding. He is by the homebred G11 Smearsett, affectionately known as “Ted” and is out of a ewe by Z4 Hundith that Robin got from the Highberries flock and has proved to be a great breeder for them. Forking out the readies for this one was the Northumberland duo of D & M Teasdale, Haydon Bridge and W & P F Walton, Bardon Bridge. Other Ted sons sold for £8000 to Michael James and David Abberley and Sealhouses took another home in a £6000 deal, leaving the flock with a great average of £3520 for their 15 lambs.

A further brace of lambs hit five figures. The first was very early in the sale for the Farden flock from Alan Shennan, selling his first lamb ever and his first appearance at Hawes as a vendor. He certainly had a day to remember with his L1 Farden lamb. He is a son of a Blarnavaid shearling they bought last year at Stirling for £7500 in partnership with Andrew McQuiston, and he has done exceptionally well for the pair of them, with his progeny taking championship tickets at the Scottish progeny show with the Mules and pures, and the Farden run of Mules averaged £108 for 660 gimmers sold, with 24 of the top 40 at Castle Douglas by him. This smart tup is out of a Highberries ewe, full sister to C18 Highberries, by Y22 Ilkley Moor which Alan bought off Neil at Carlisle for £4500. It took a team of four from Northern Ireland to land this heavyweight, with A McKillop, Cushendall & I Montgomery, Ballymena & S Duncan, Crumlow & J Stuart, Garvagh all chipping in for a leg apiece.
The last sheep to hit five figures came a lot later in the day from the noted Hewgill flock. Once again bloodlines from the very top crossing flocks were in big demand and there aren’t many more noted flocks than Hewgill. It was their forth lamb into the ring which hit the headlines. L4 Hewgill is by the homebred H45 Hewgill which is the next generation of homebred tups doing well for them, having sired five of the lambs in the Hawes Champion pen and eight out of ten in the Penrith champion pen, and out of a ewe by E47 Hewgill. He was snapped up at £10,000 by Stewart Park, SP Dalpeddar. Hewgill also had bids of £9000, selling to Riddings and Ed Bulman and £7000 for sons of H45, and helped leave the flock average £4989 for their nine sold.

Stewart Park and Eunice Mills recouped some of the cash laid out for the Hewgill lamb with a cracking trade for themselves when they took a bid of £9000 for L9 SP Dalpeddar. This boy was full of homebred bloodlines and sold to A Minto & Son, Peebles & K Malone, Lochgelly & A McArthur, Glasgow & N Laing, Biggar in a Scottish four-way split.

Following SP Dalpeddar into the ring, Jamie Pirie had another cracking trade, following on from last year’s successful debut at the sale. This year he had sons of last year’s record breaking K20 Midlock on offer, and they didn’t disappoint, with his second lamb into the ring making £9000, selling to the Harkerside, Shafthill and Far Town flocks. Jamie’s first lamb got away well too, again by the Midlock, this one was out of a Cottage bred ewe by Highberries C8 and sold for £7500 to Paul Fairburn, Marriforth.

The Champion of the day came from Michael and Ella James, with a fantastic tup, one that Michael says was the best he has bred to date, this immense tup is by the G1 Midlock, the same as the Steel lamb, and out of the same ewe as his best Mule breeder, by the D17 Hewgill “Stork”. He was knocked down for £6000.

On the year trade wasn’t too bad, all things considered, but buyers were looking for strong powerful tups, with clean lines and plenty of neck. Next up, Carlisle. Only 1200 head of sheep to sell there!! 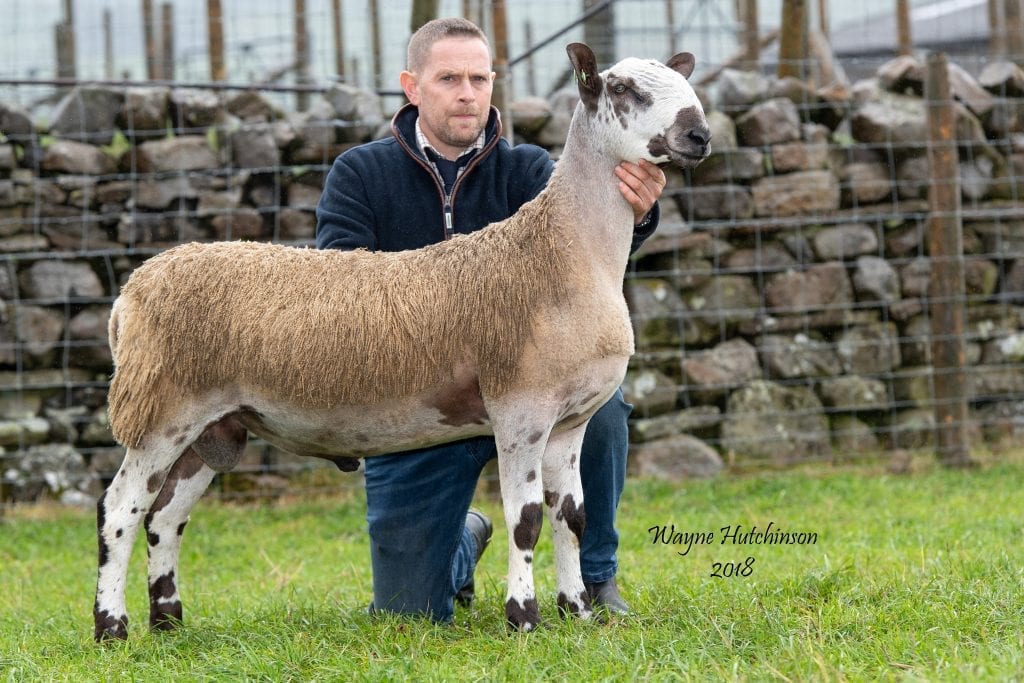 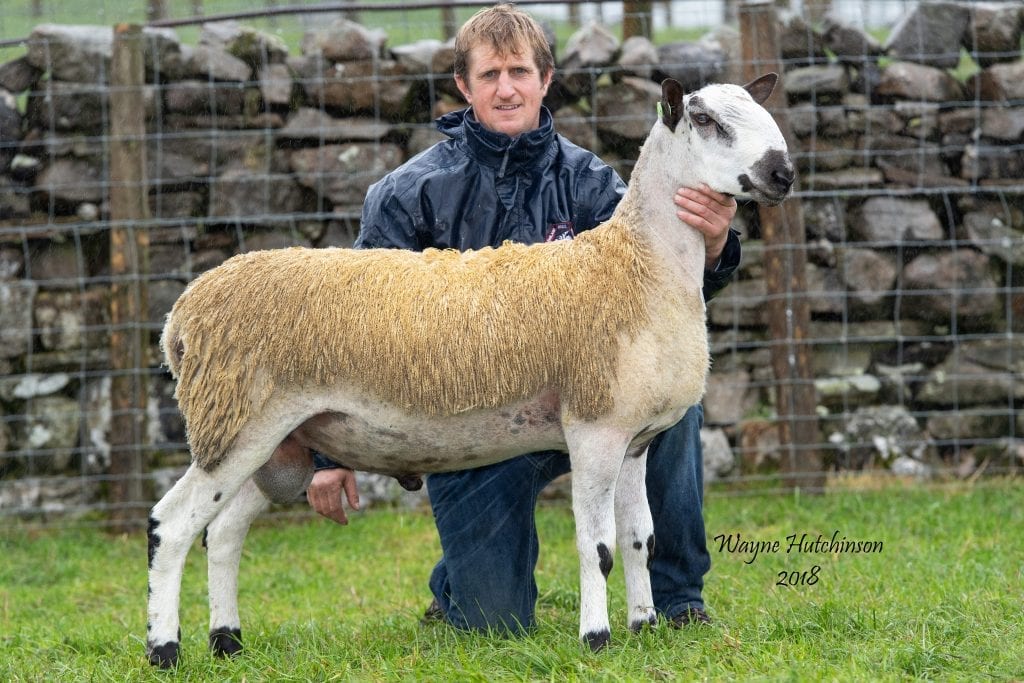 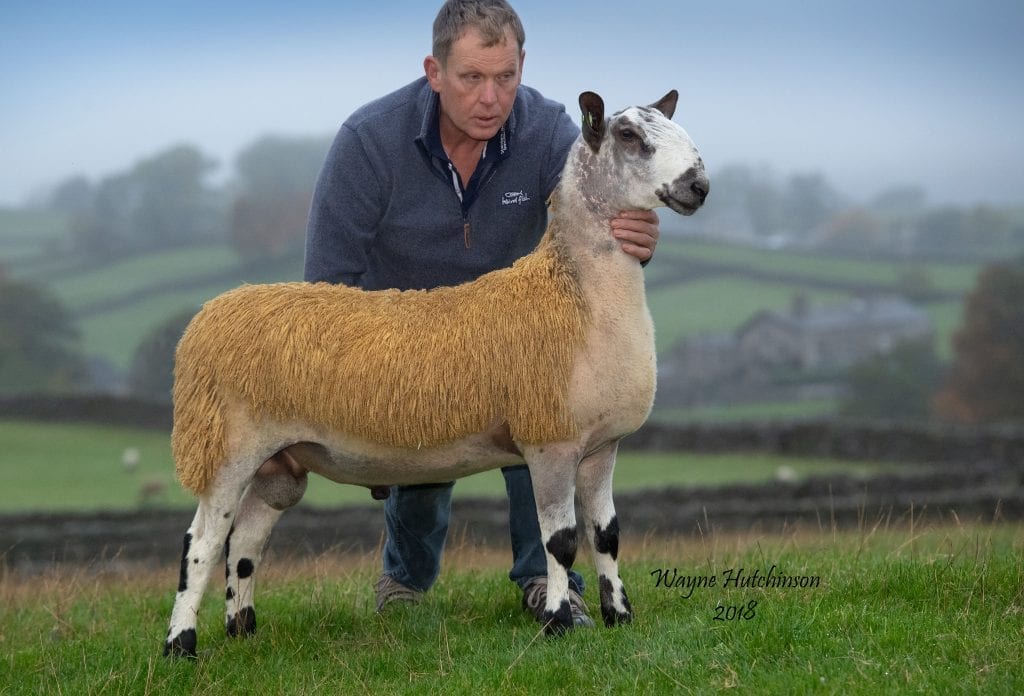 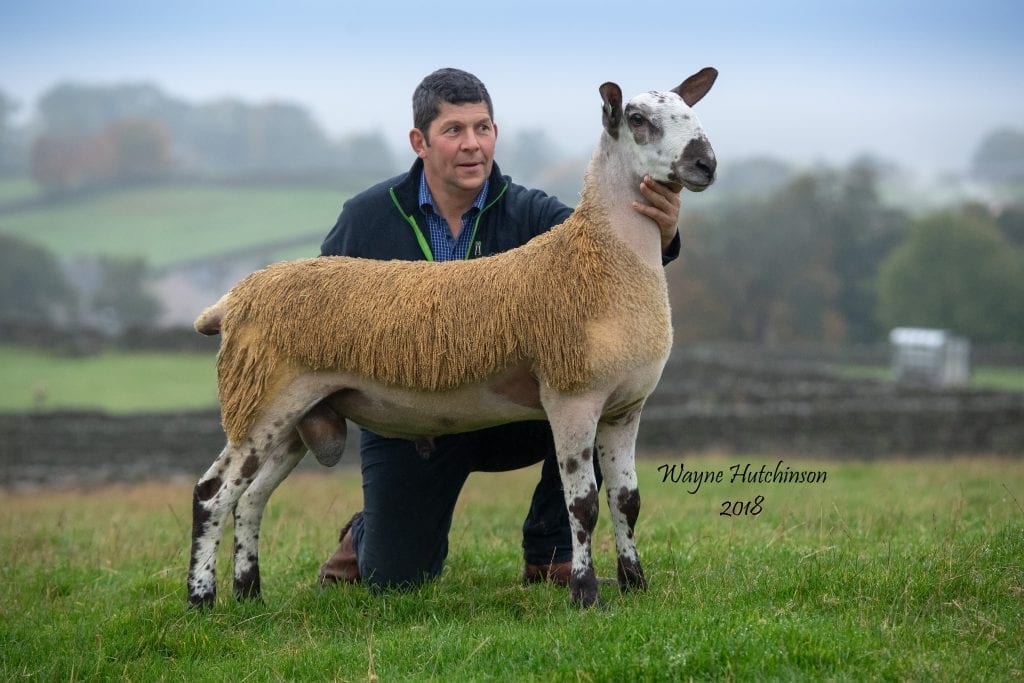 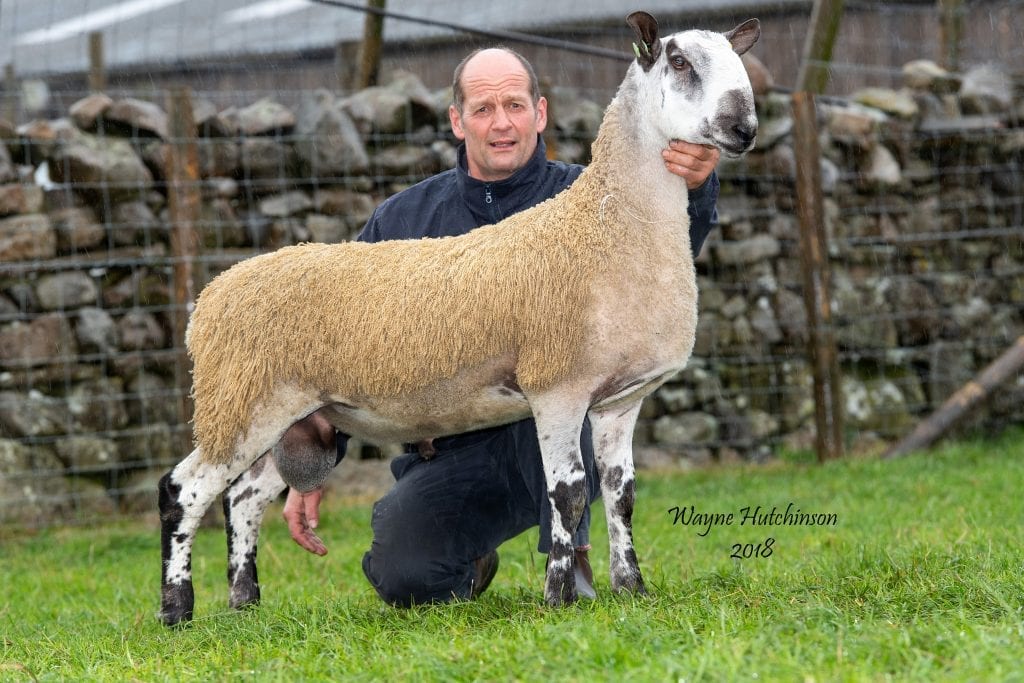 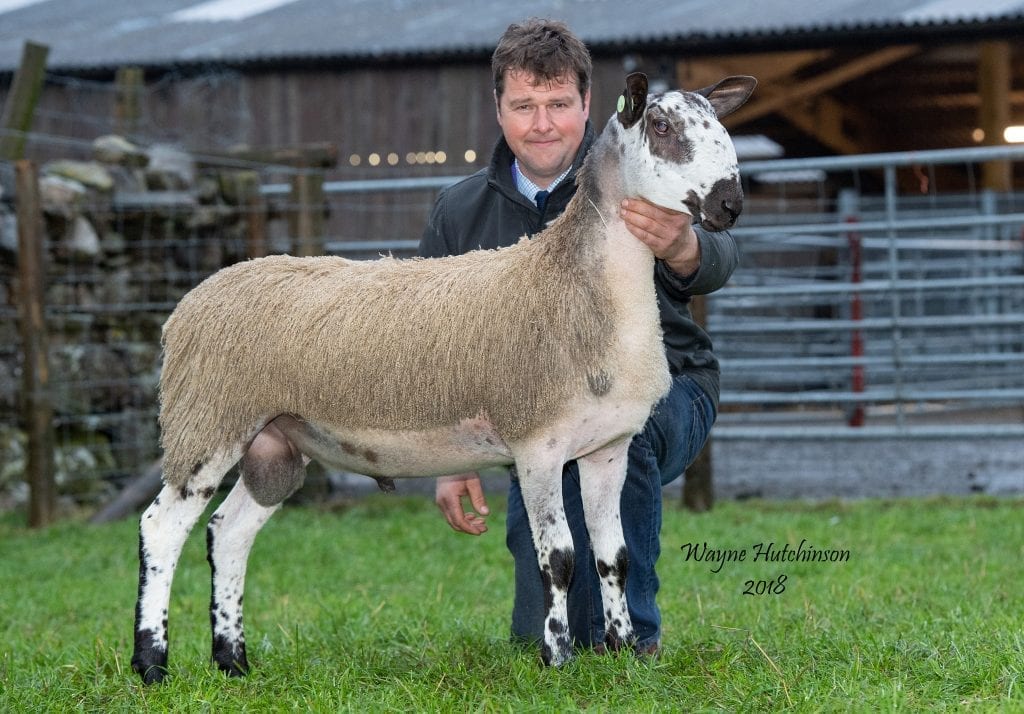 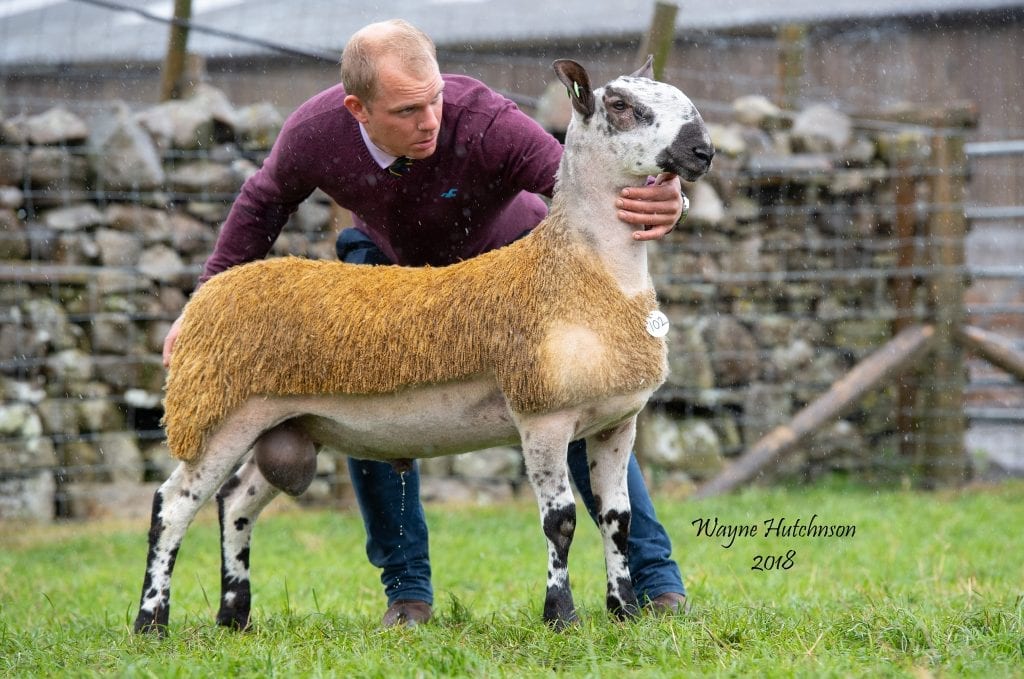 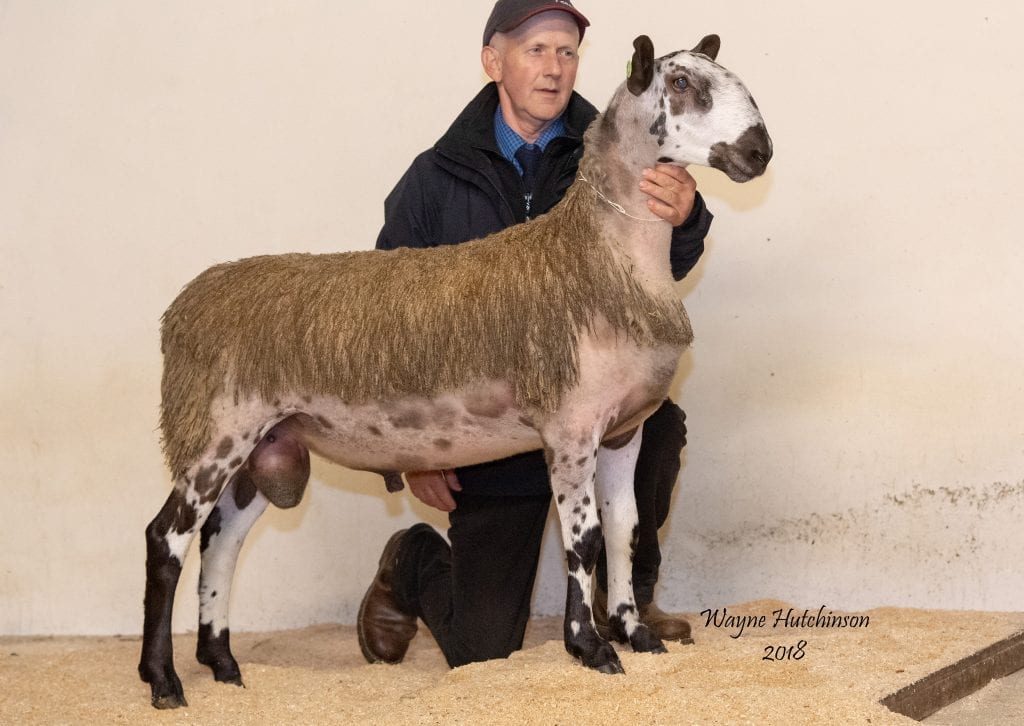 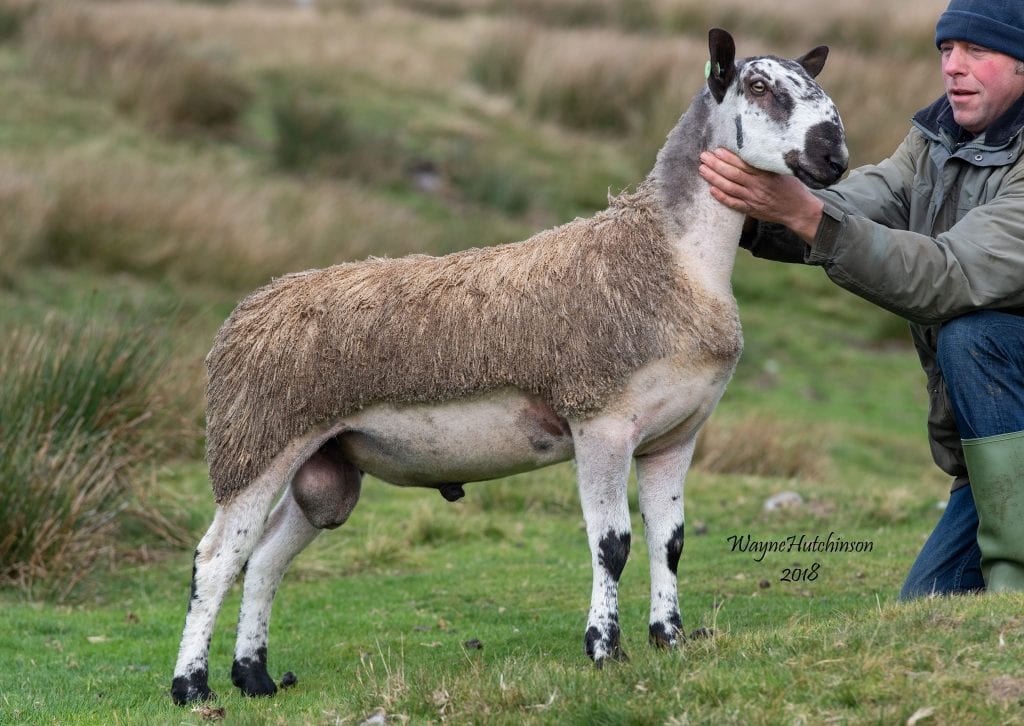 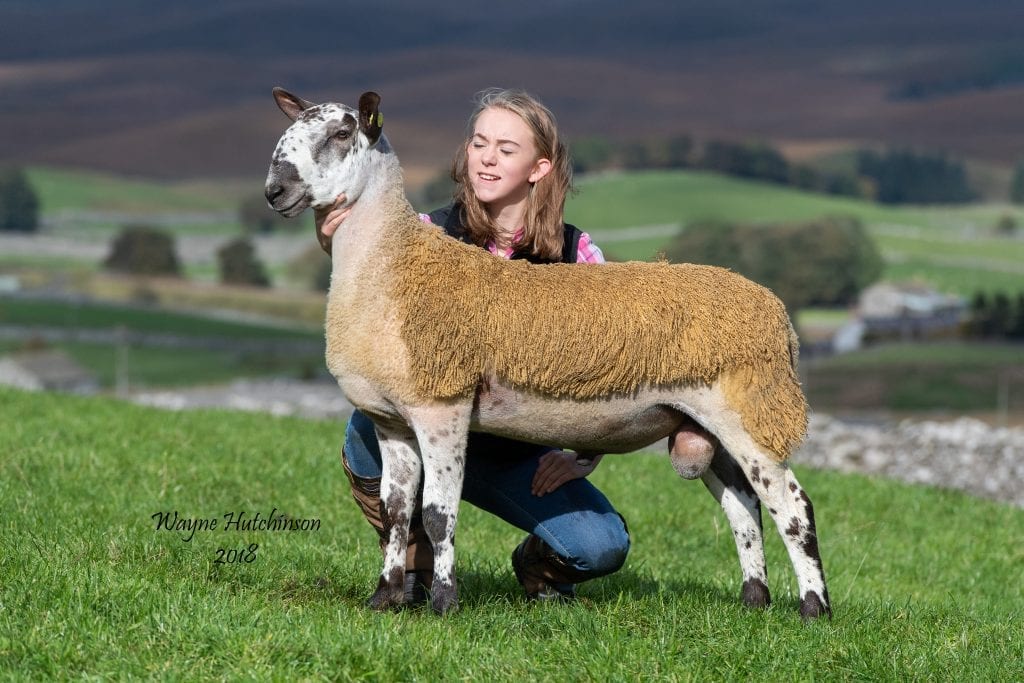 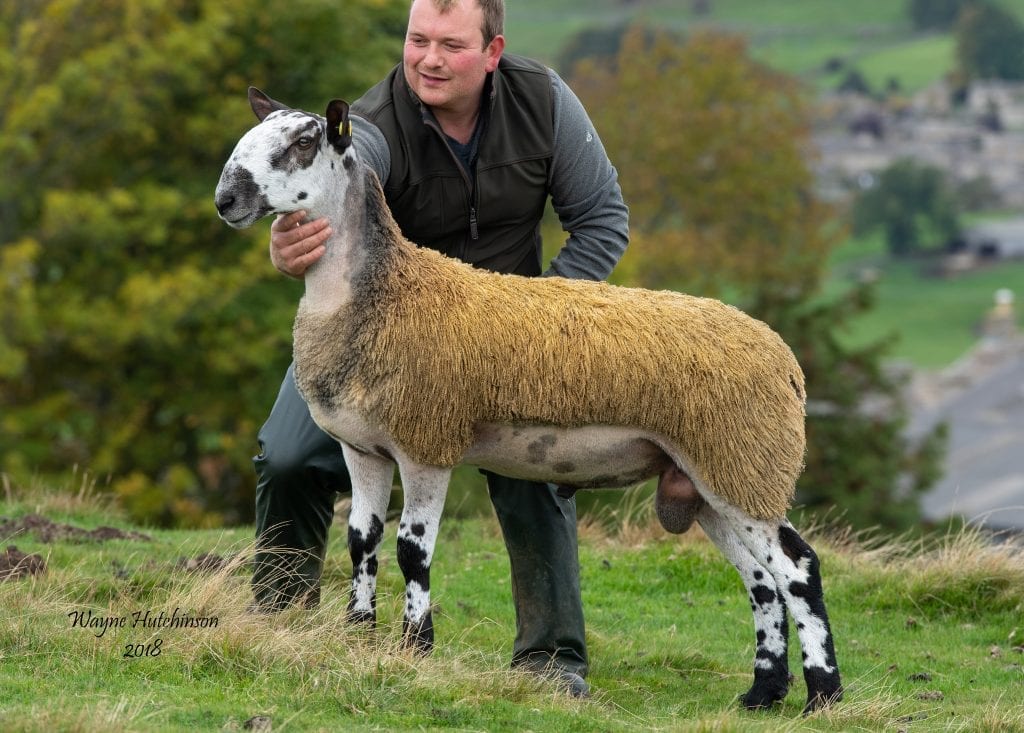 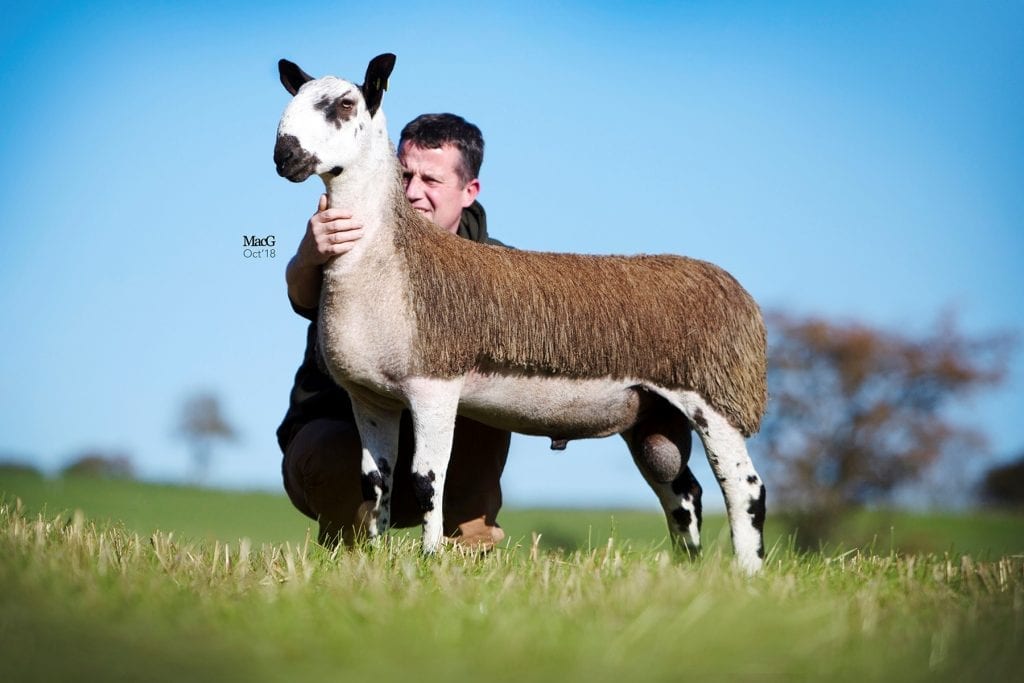 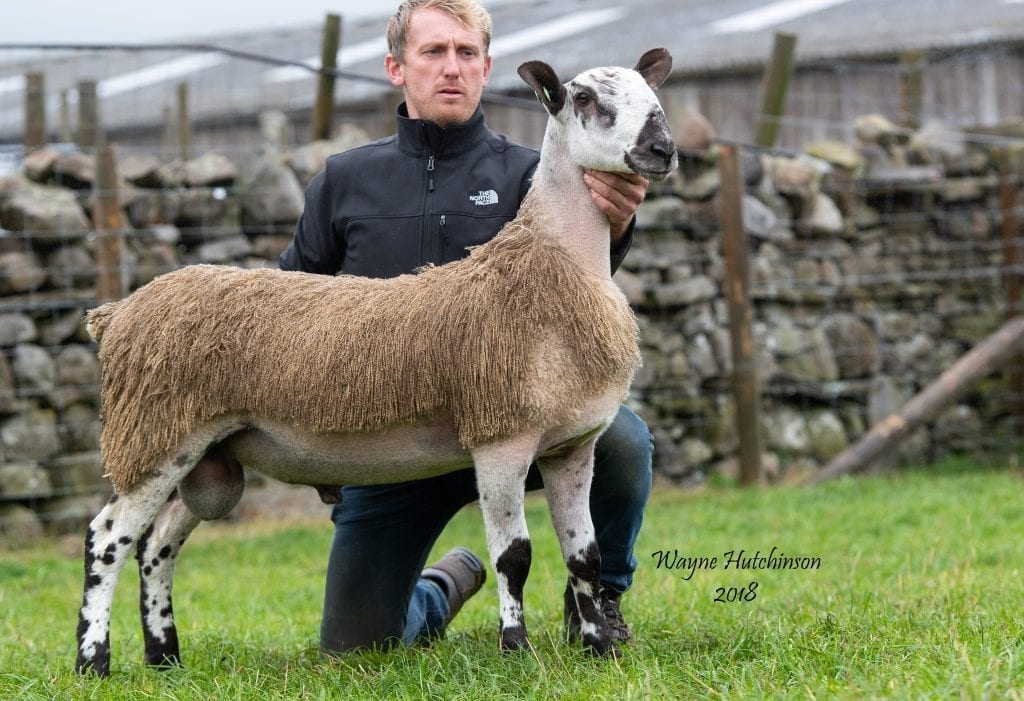 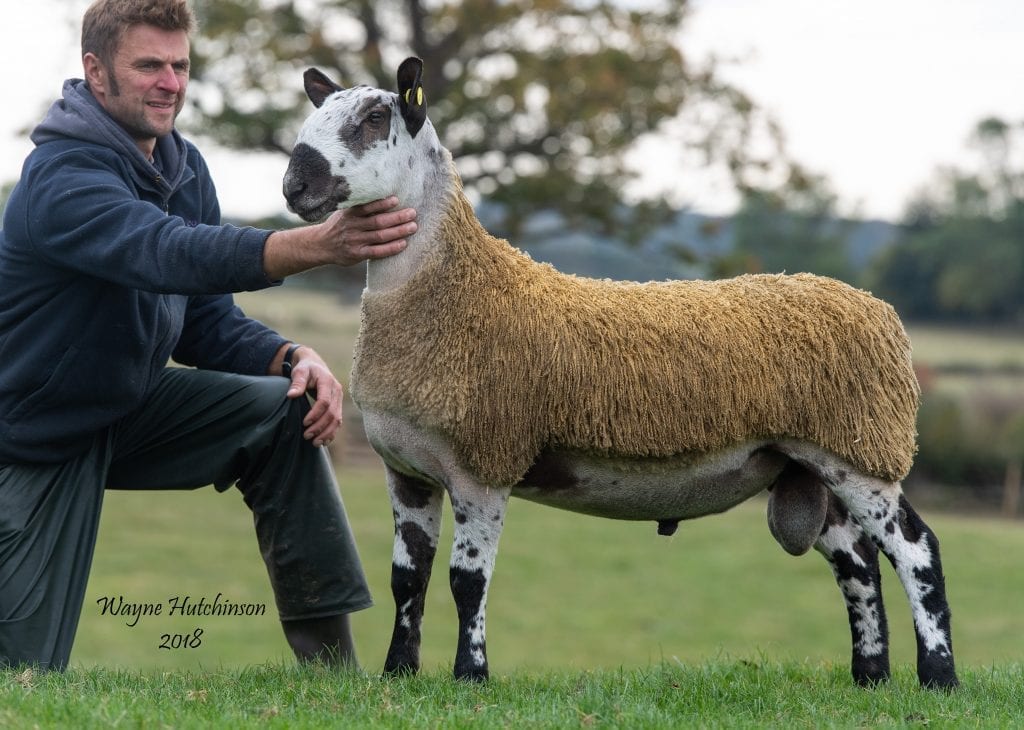 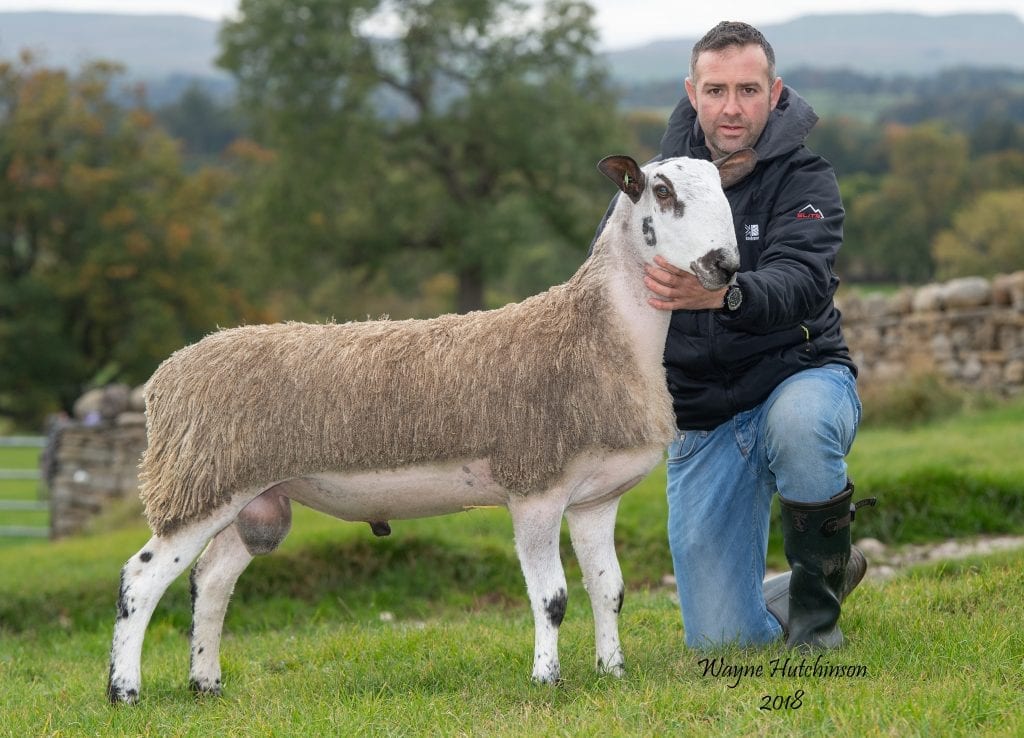 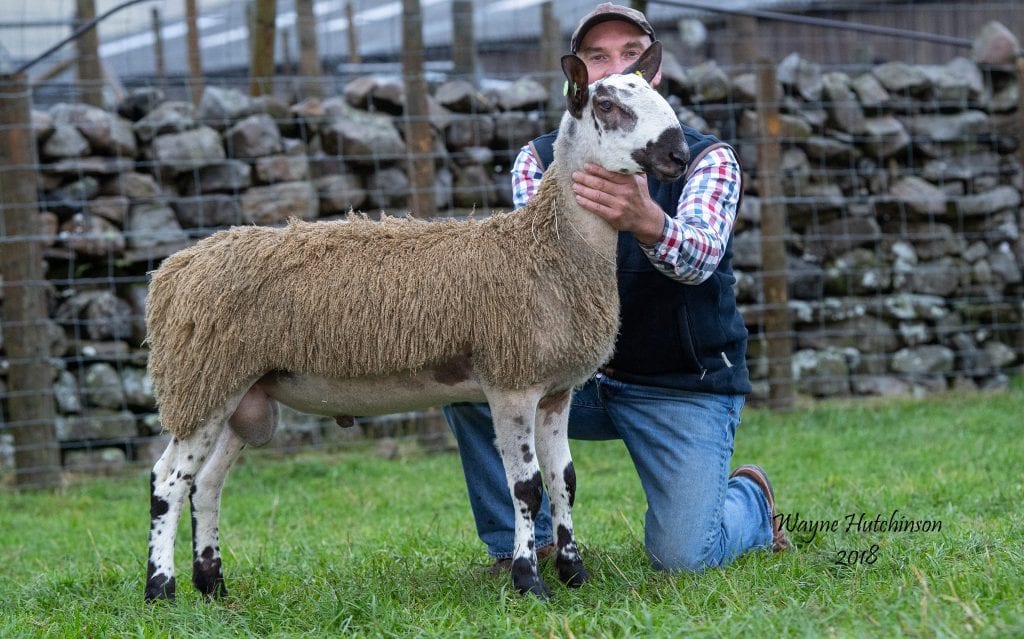 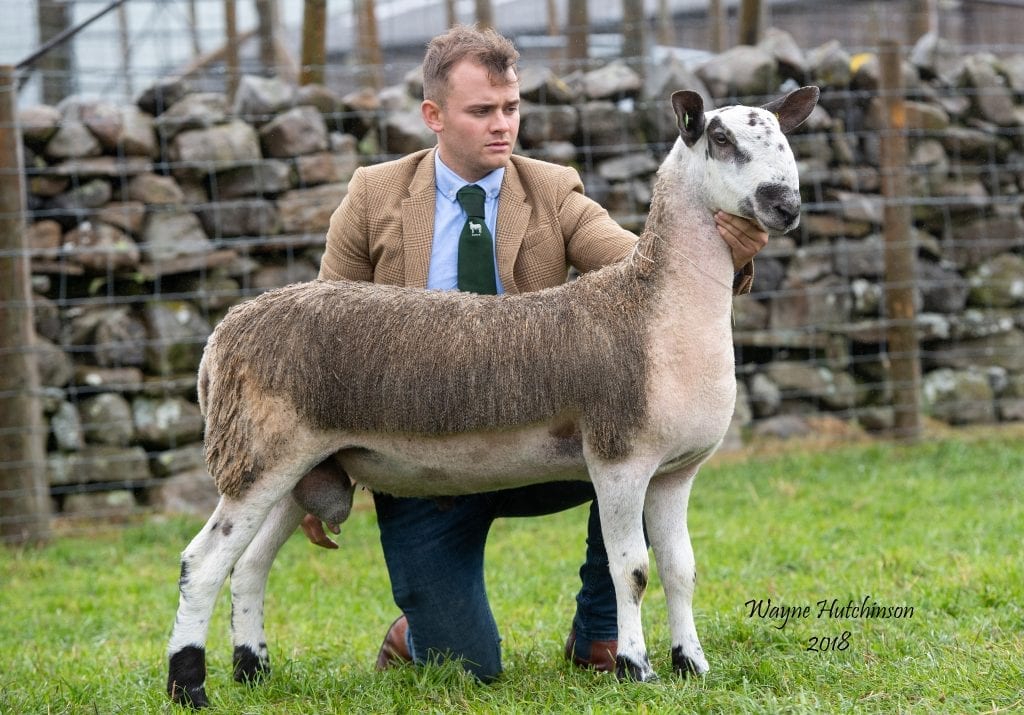 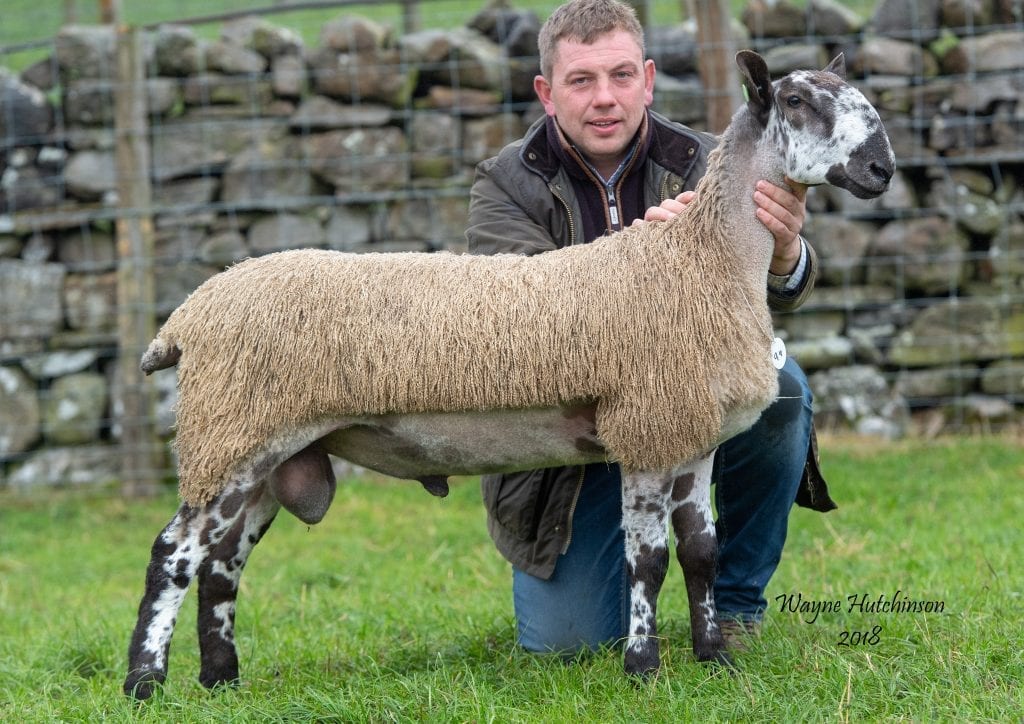 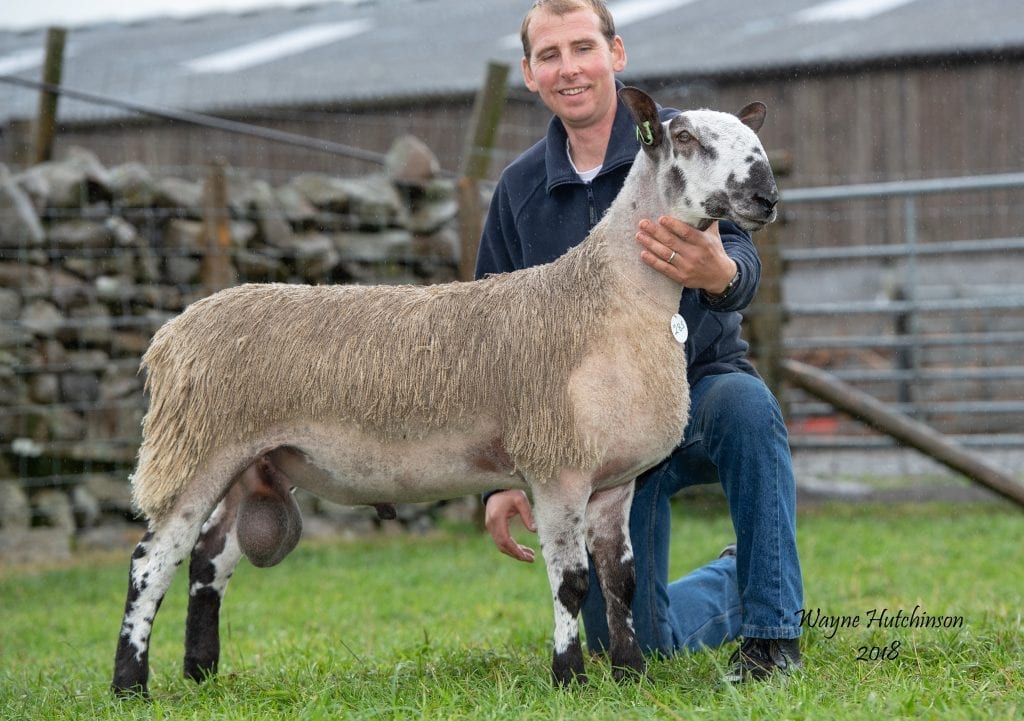 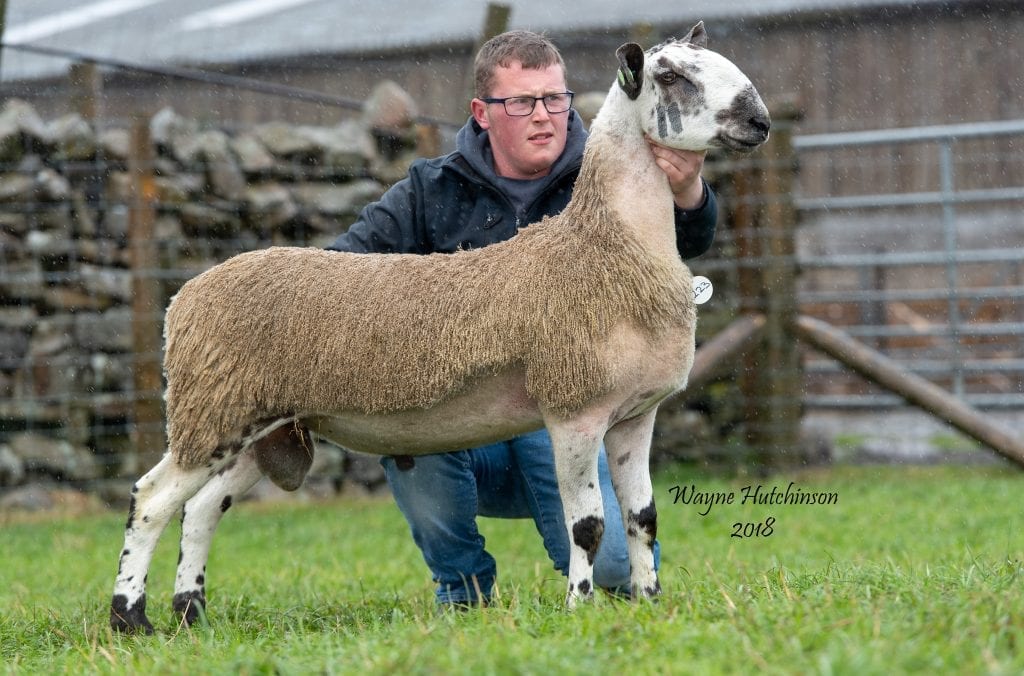 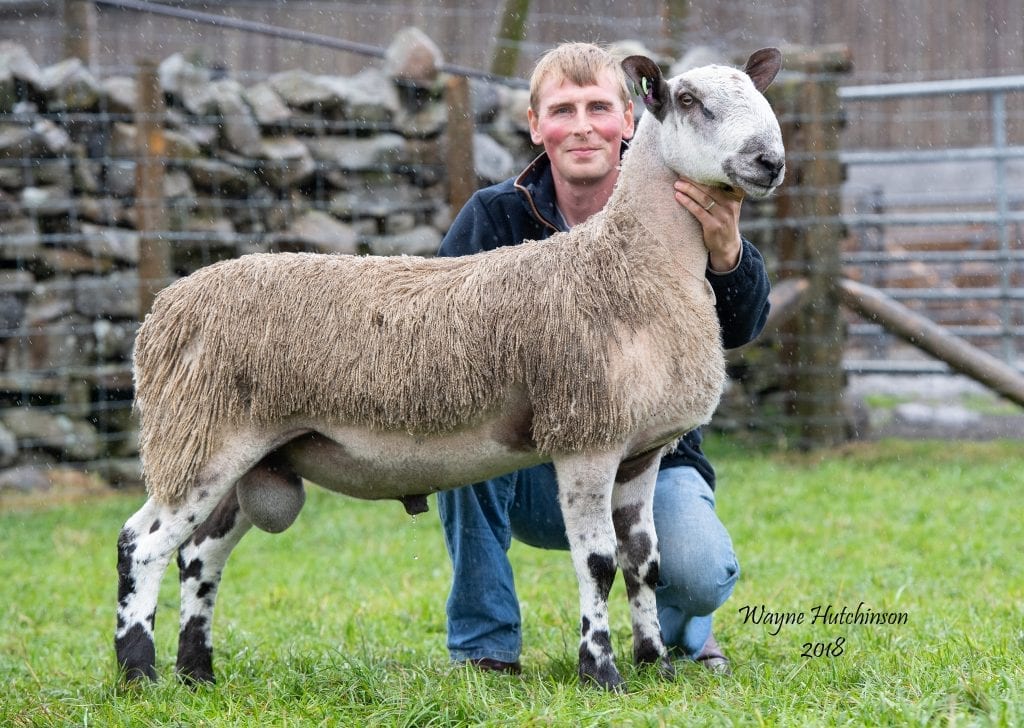 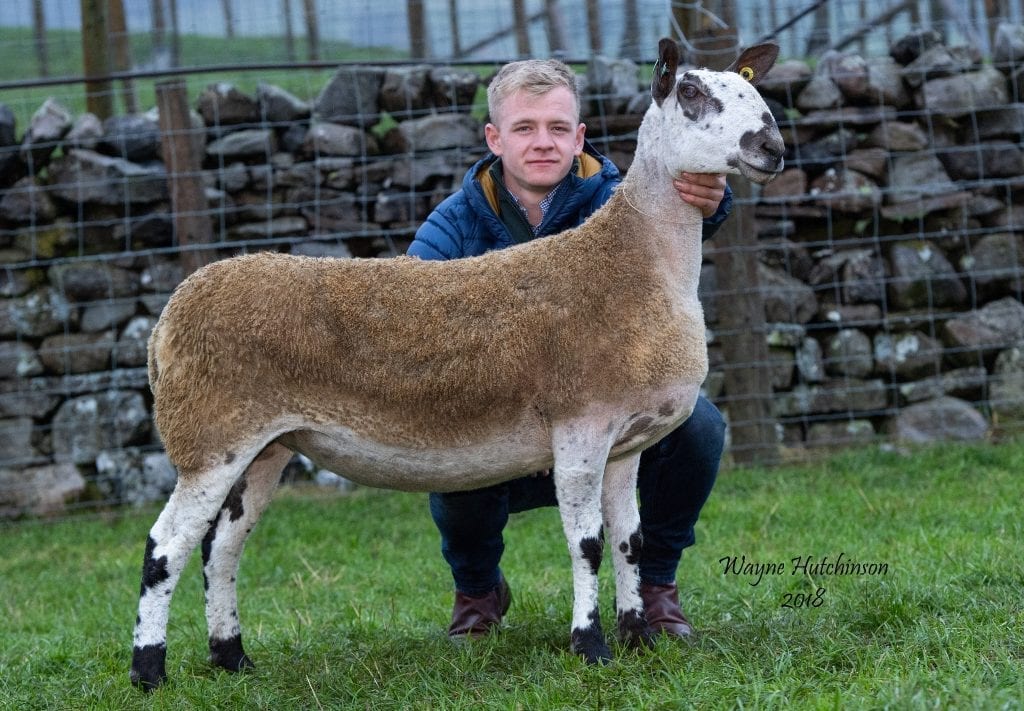 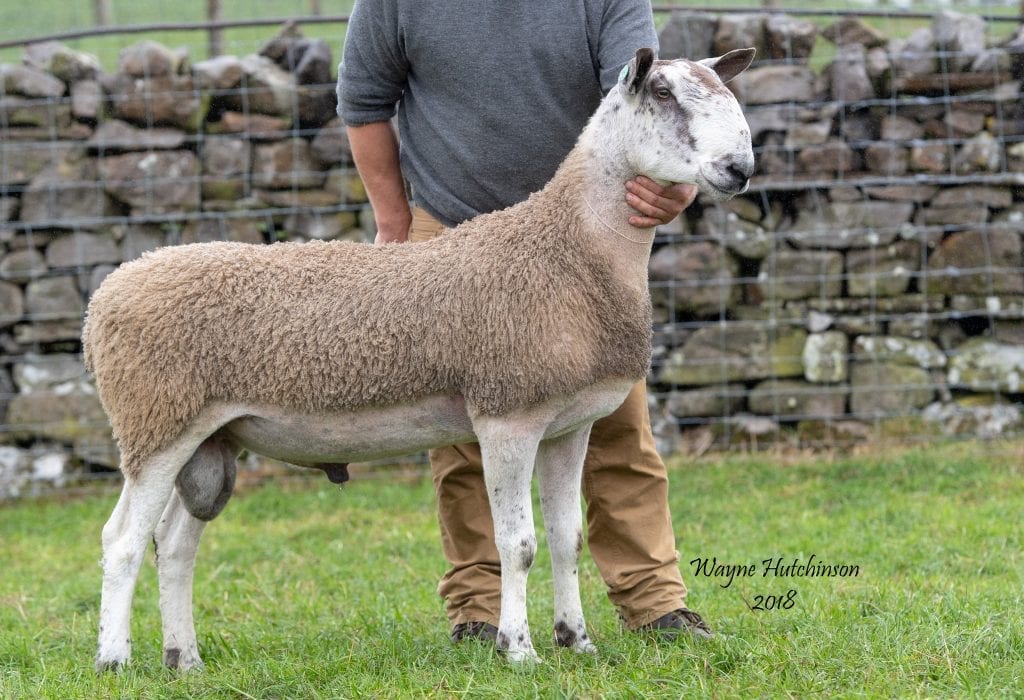 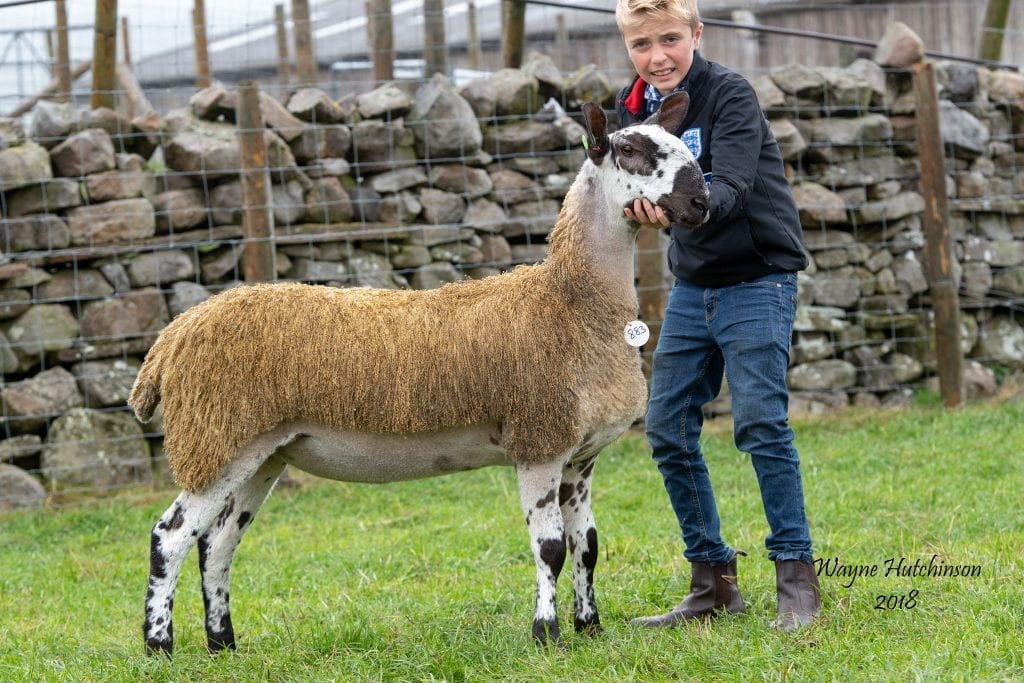 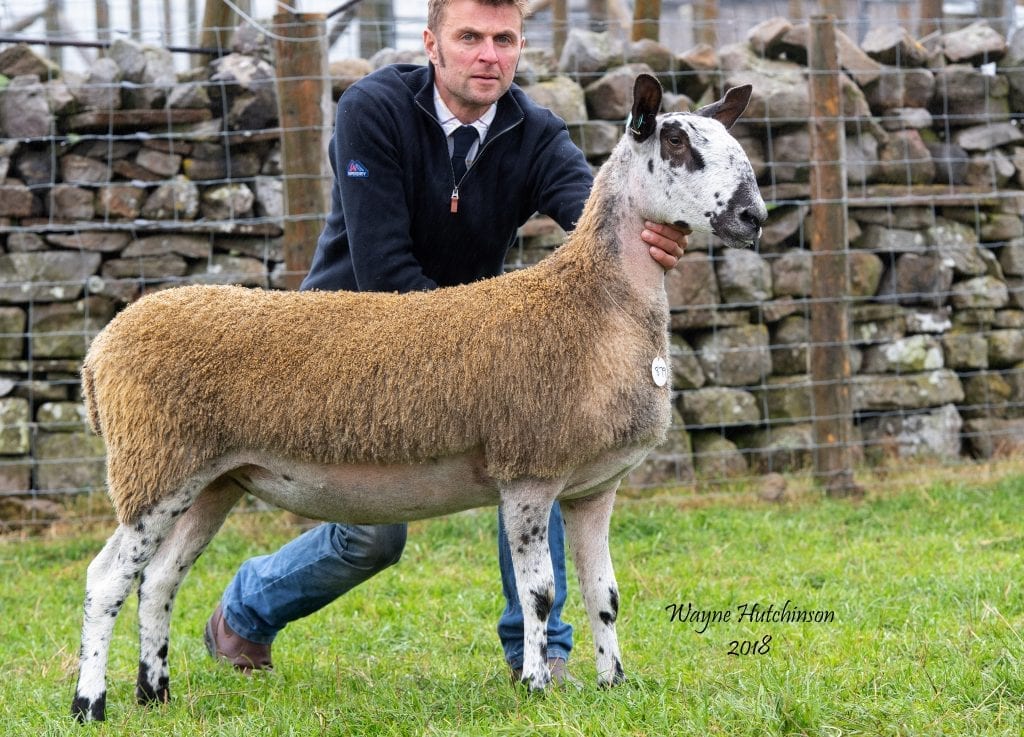