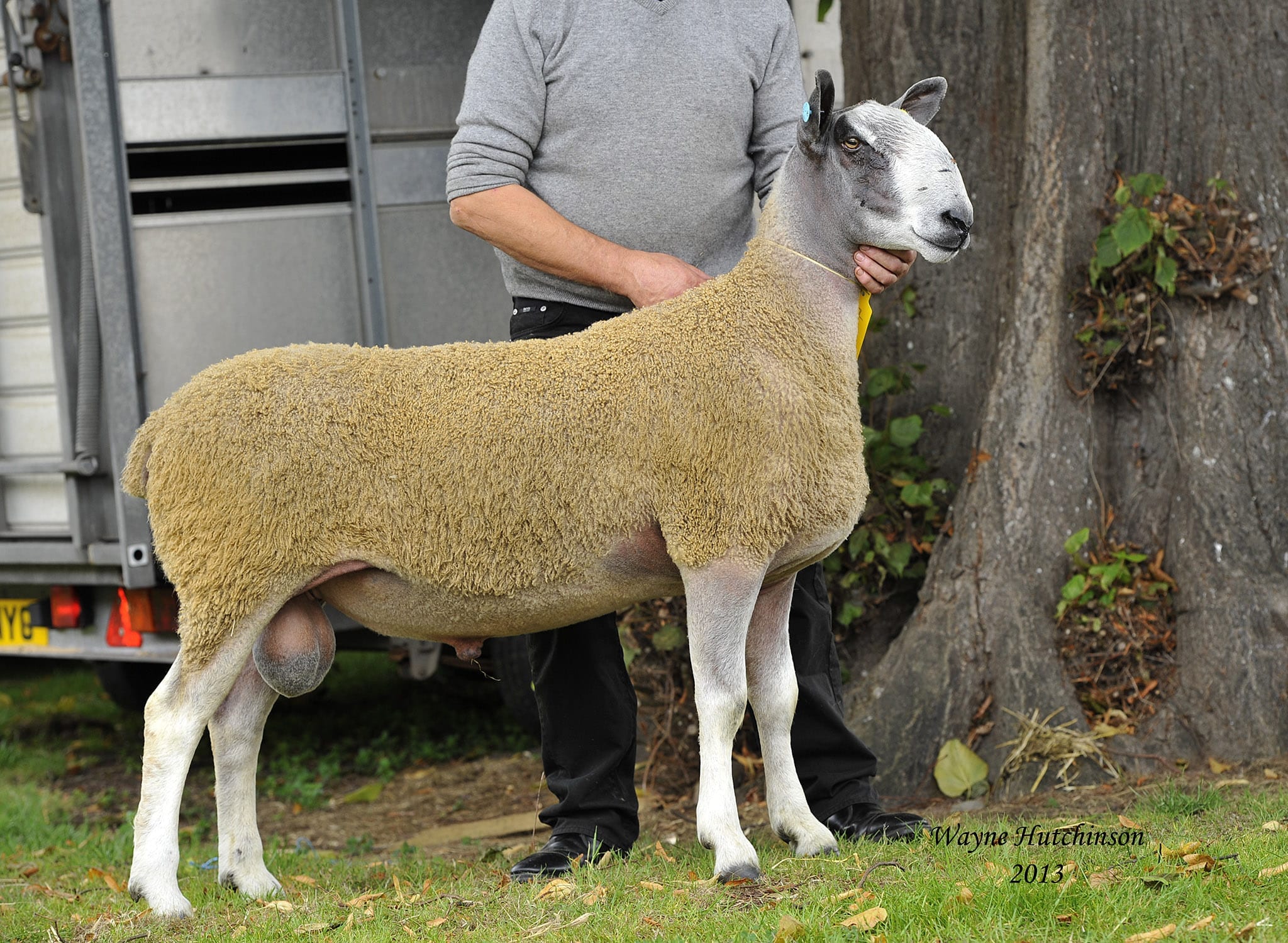 It is always a marker for the start of autumn, and the real action of the ram sales kicking off proper, when the Kelso tup sale arrives. More than 5000 tups were entered; nearly 20 rings in full swing and shepherds met up from all over the country to try and buy some of the strongest commercial rams you will ever come across.

The draw to the Bluefaced Leicester rings were as strong as ever and with around 600 tups entered through the two rings there was plenty of choice for those wanting to buy some powerful shearlings, for which Kelso is noted. Topping the trade on the field, not just in the Bluefaced Leicester section, was a shearling from the Midlock flock. This powerful tup was by Kilnstown C15, a tup bought in Carlisle for 1800 gns a couple of years back and out of a V3 Bull & Cave ewe which is one of the flock’s best breeders. He had sired ten lambs in the Midlock top pen at St. Boswells, which was an added incentive to follow him into the ring. The final bidders were Messrs MacAskill & Hamilton, who forked out £8000 to land their number one target. Another C15 Kilnstown son sold for £4000 from the Midlock pen too.

It was third time lucky for the Auld Tinnis flock, selling for only the third time at Kelso. They took their top price, selling a long, modern shearling to Messrs Shennan & Rorison for £6200. He is by W25 Midlock Controversy and out of a ewe by X1 Craigskean, which was bought at John Kerr’s dispersal sale for £2000. He has bred well for the Auld Tinnis flock, with ten lambs in the top 50 at St Boswells, which sold for £142, and they have retained five pure lambs by him as well.

Also selling at £6200 a little later in the sale was E2 Townhead Farm from I Minto. Again, there were Midlock genetics behind this very correct tup, a son of D2 Midlock Super Ali, bought in Hawes for £2200, and out of the flock’s show ewe, by B11 Duhonw which has won at Dumfries, Peebles and Biggar. Tom Hamilton was the final bidder on this one.

Derek Hall’s Firth flock is often one of the highlights of the Kelso sale and once again it didn’t disappoint, with a cracking trade for his pen of tups, he saw a top bid of £6000. The tup’s twin brother was sold at Hawes last year as a lamb, and is by the B4 Tanhouse Farm, which is also doing well at Midlock. On the mother’s side it goes back to more Midlock breeding, by the W25 Midlock Controversy. He headed back to Crow Hall, Northumberland.

One of the early lots in the ring was the reserve champion at the Highland show earlier in the year from Jimmy Bell, with D13 Cottage, a massive son of B41 Hewgill. This monster of a tup was one of the star attractions of the sale, and sold in a joint sale to the Crowhall and Shitlington flocks in Northumberland for £5000.

A brace of lambs made £2200, the first in the Hexham ring, a long powerful lamb from the Auchry flock, selling for the first time at an Association sale, after building up a flock of around 35 over the last few years sold a lamb by the £3,500 D1 Cassington Elite +, which was the champion at Carlisle when bought a couple of years back. The lamb has the highest index in the breed this year, with a score of 229 and a muscle depth of 33.5mm, and is out of a ewe bought privately off Grugoer, selling to Messrs Smith, West Bolton.

The other lamb at £2200 was the reserve champion at the pre sale show, judged by Drew Brown. This modern lamb was shown by M & C Milne from the newly established Speymouth flock. He was out of a ewe by Y1 Cottage, bought privately from Iain Minto, and by D6 Riddings, and sold to Messrs Cowie.

It was a familiar face at the top of the tree, as Nicky Robinson took the days champion with Cocklaw E2, a son of G1 Linkins and out of a ewe by the very successful T1 Cocklaw. He later sold for £1100.

The general consensus was that trade was strong and bodes well for the rest of the sales, with strong, powerful tups being very much in demand. 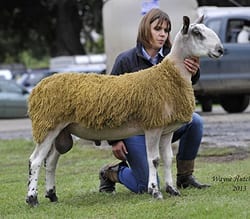