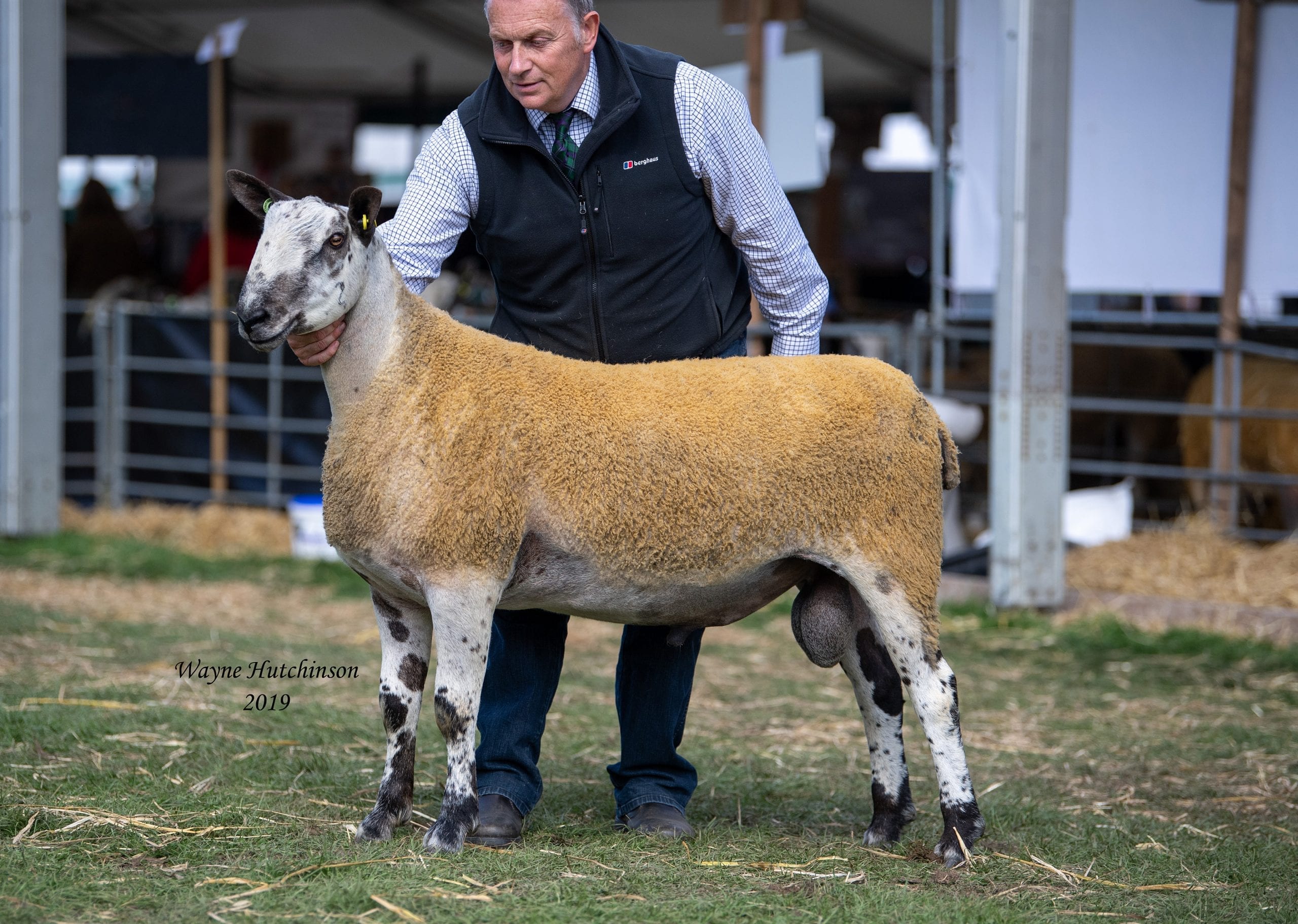 A reduced number of sheep forward saw averages rise in the Bluefaced Leicester section, with 450 tup shearlings averaging out at £968.28, up over £28 on the year, with a total breed turnover of nearly £460,000. As always at Kelso the demand for big, strong, powerful tups with good conformation was the key to a good trade. Hexham and Northern Auctioneer, Trevor Simpson, said that tups were a lot easier to sell this year and that the buyers were around the ring all day which helps trade.

Topping the day’s trade was, once again, Obie Sharp, Newbigging Walls, Lauder, with a stonking shearling by the Duhonw K1, which they bought in partnership with a couple of other breeders. When they bought him, he was the last tup into the ring at the Hawes sale, a midnight purchase costing a cool £20,000. He certainly paid back his investment, with many admirers, he was going to be a big target, and the final bid was for £15,000, selling in a 5-way spilt to the Firth, Edlingham, Kingledores, Drimsynie and the Hamildean flocks. The sale topper was out of a homebred ewe sired by another Duhonw tup and his twin brother, again full of power, followed him into the ring and went on to make £6000. Obie ended the day with 10 tups just edging over £3700 average.

Not far behind the topper came the Midlock consignment. Again, a much-admired pen, full of power and a depth of breeding few can match caught the eye of many breeders keen to invest into the best genetics within the breed. The pen leader was the full brother to Midlock G34, Knight Rider and a host of other tups which have bred well. He is by the Midlock Mustang which is doing so well for the flock and his breeding is influential all around the breed and out of the noted show ewe which was the Champion at the Highland in 2018. He sold for £12,000 in a two-way spit to Hartside and the Beeches flocks. The 16 shearlings from Midlock levelled at £2143.75.

James Herdman from the Edlingham flock comfortably drew back his share of the top priced tup with his sale from a cracking pen of tups. He had taken the pre-sale show Champion, Judged by Martin Pedley of the Yore House flock, but it was his number 1 shearling which stood third which drew the bigger bid. Edlingham L4 is by the 3600gns Hott Bank tup bought out of Carlisle and out of a ewe by the £15,000 Carry House which has been doing well for the flock. He was knocked down for £8000, the top price through the Hexham ring, selling to Messrs Mclymie, the 35 strong flocks’ best sale at Kelso yet. The crossing champion, by the H2 Carry House and out of a ewe by the £9500 Duhonw H1, sold for £5500 to Messrs Kirkpatrick, Barr.

Alec Brown, Macqueston, saw his number 1 shearling sell well, off the back of a cracking run of Mule gimmers at this year’s sales. This necky son of the £12,000 K1 Carry House, a son of the G34 Midlock and out of a ewe by the G19 Highberries, which has done well for the flock. He sold for £5200 to Messrs McArthur, Arnicle. 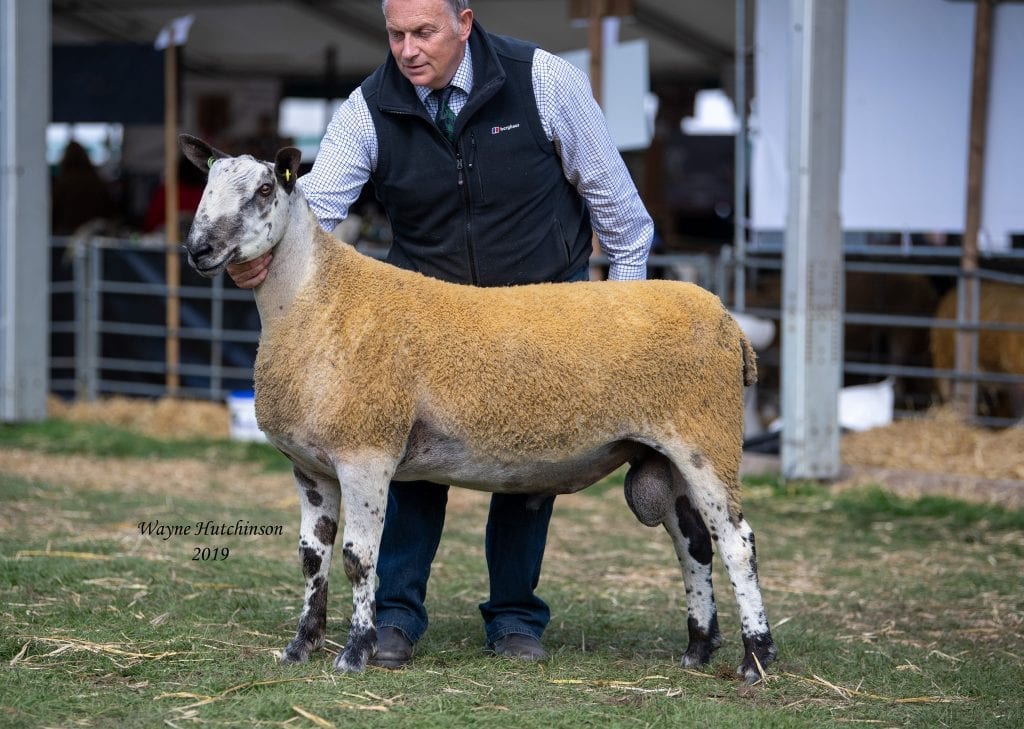 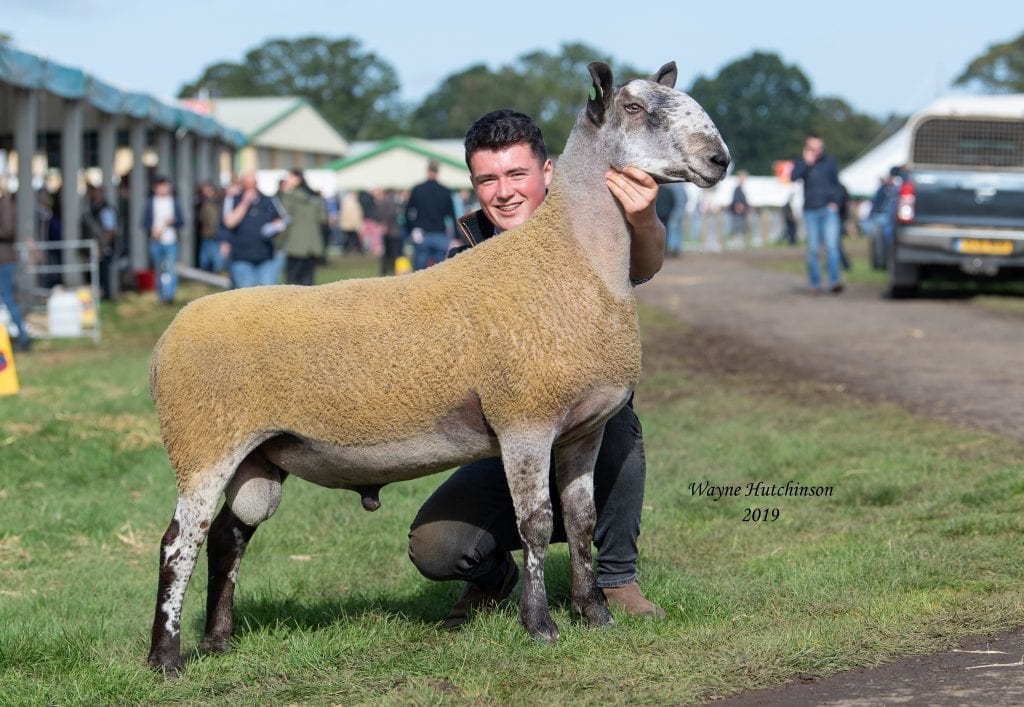 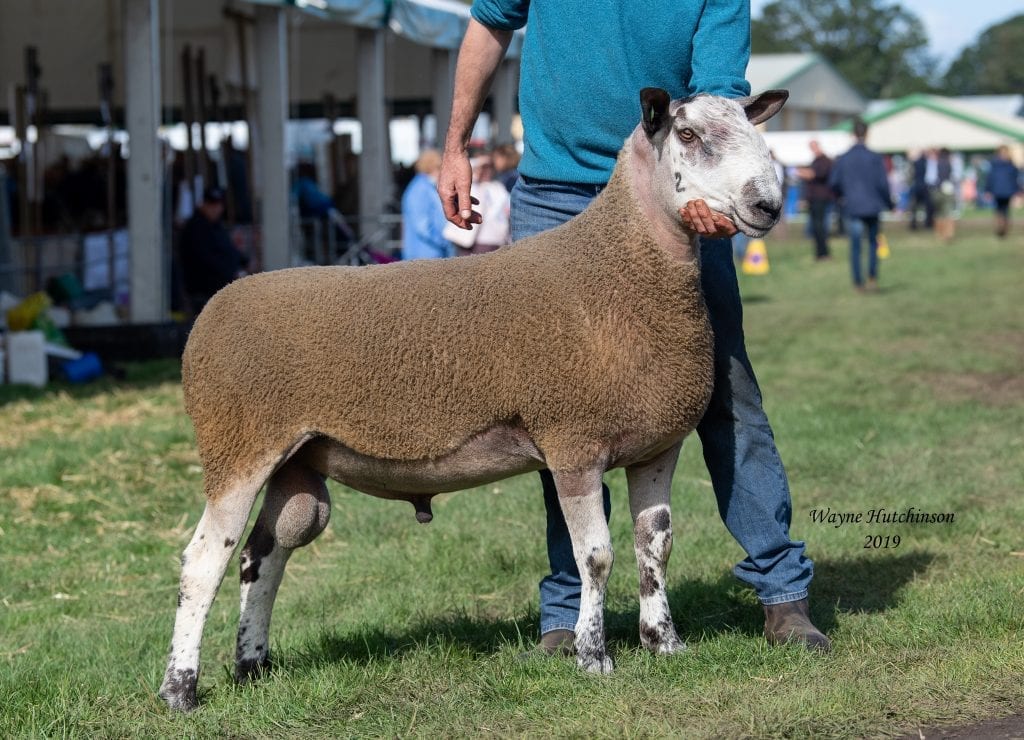 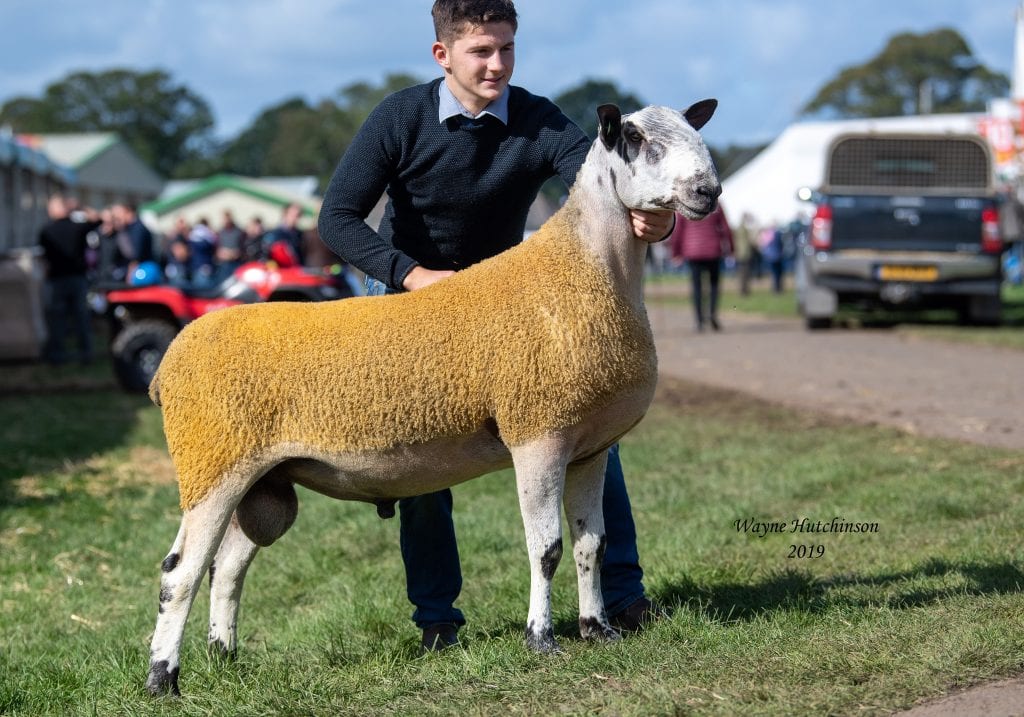 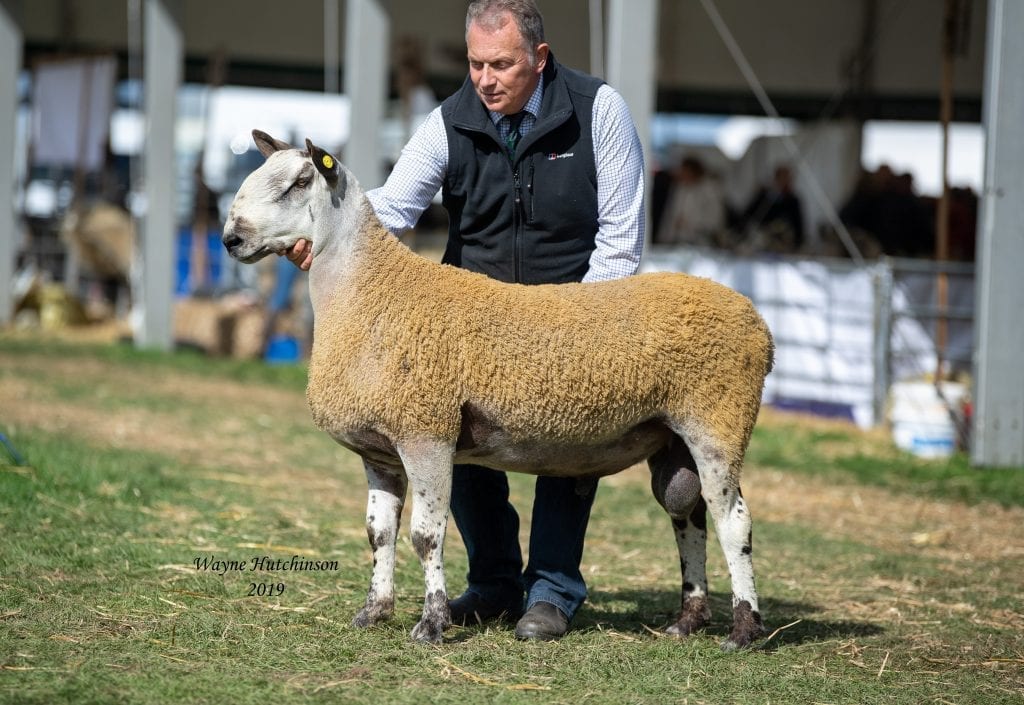 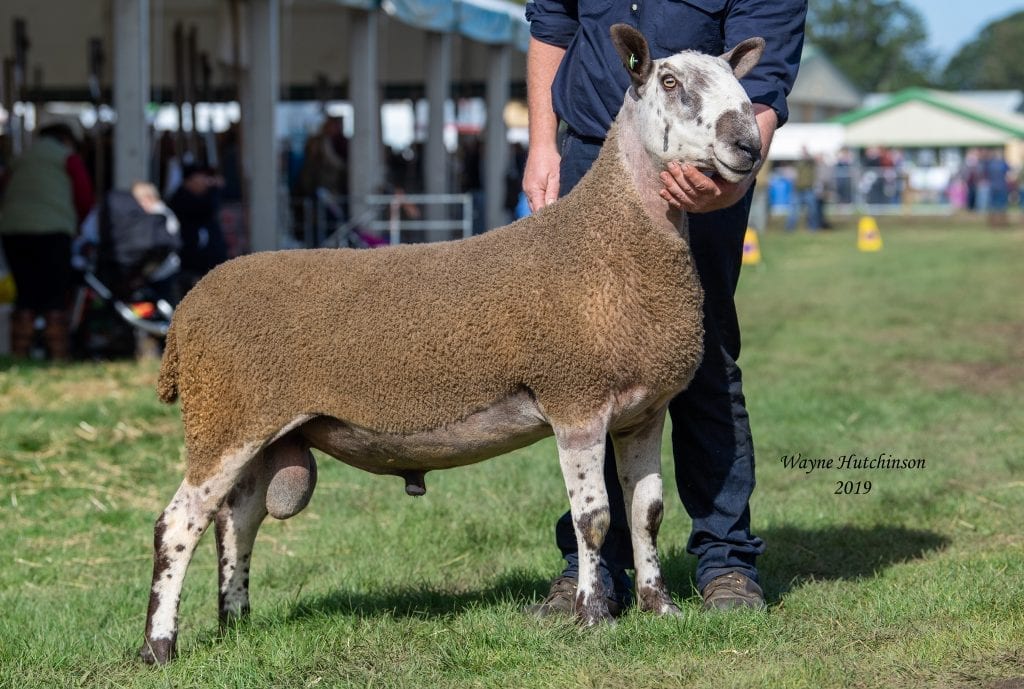