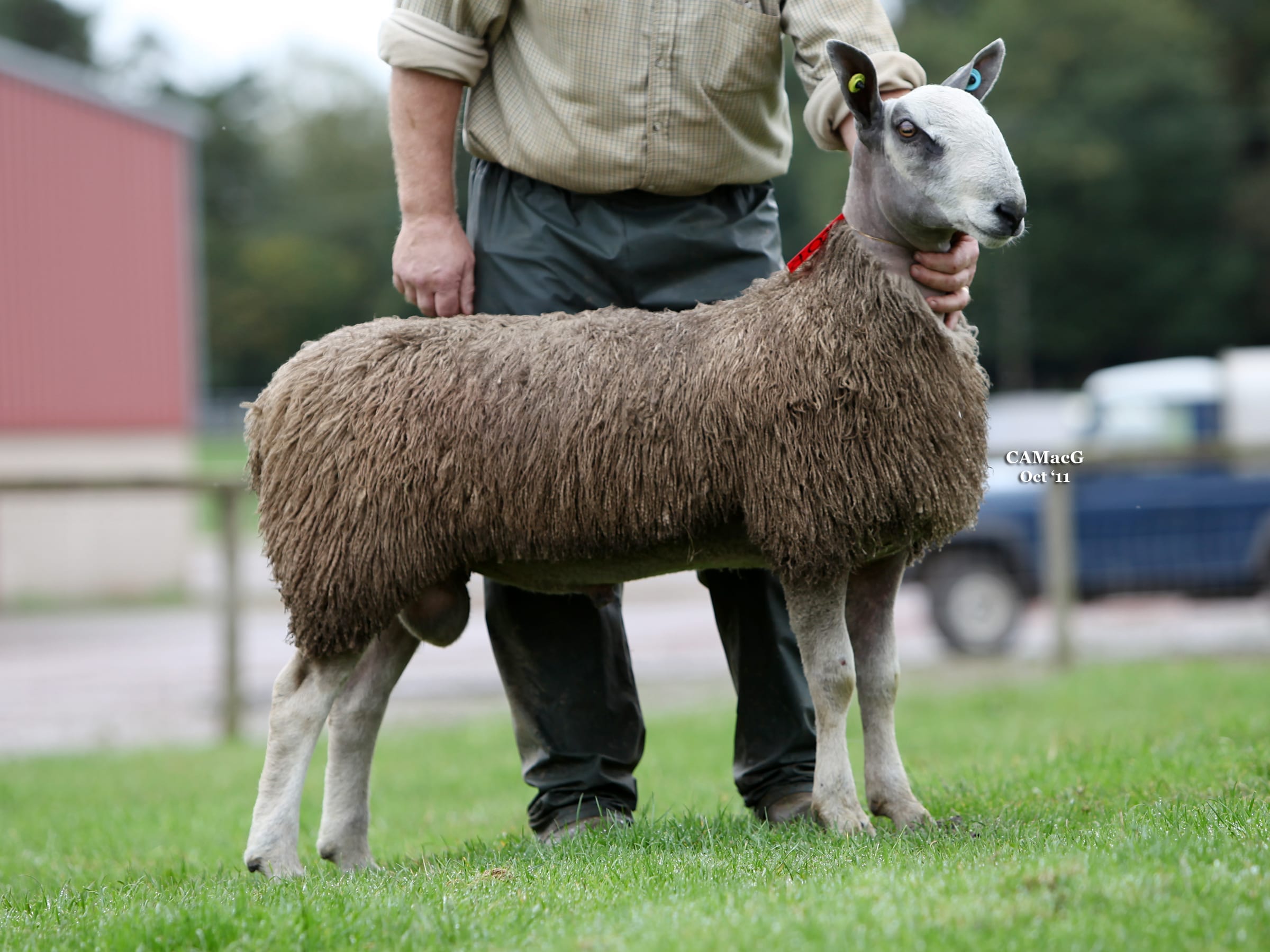 The 2011 sale of Bluefaced Leicester held at the impressive facilities at Lanark saw entries rise by forty two head to an entry of one hundred and thirty seven. There was a good standard of stock for sale and Glen Shapiro from Hazelwood, Lancashire had the honour of judging some very even and competitive classes.

In the yearling ram class Hazel Brown of the Leadburnlea flock came away with first place with 3199/C13 a homebred son of Leadburnlea B4. This yearling went on to take reserve male champion.

The ram lamb class was well contested and the winner and eventual champion of the day went to C Reid of the Kyra flock with 4308/D4 a son of Thornton le Dale B1 out of a daughter of Cocklaw R3. This powerful well grown lamb showed character and presence in the sale ring as well as the show and went on to make the days top price of £1650. Hazel Brown was not far behind in the show ring taking second and third with sons of Rowendale C1, and the homebred B4 tup respectively.

The female Champion and reserve for the day was taken by J & S Gardiner, Libberton with a Shrewbridge ewe 3114/ Y55 sired by Plas y Ward E+. The reserve female was taken by a strong correct ewe shown and bred by C K & A Bryson, Kilfaddoch.

The ewe lamb section was won by B & E Welsh & Son, Roundshaw, Coultermuir with a homebred 2823/D14 daughter of Rossiebank C5.

There was a good clearance of stock and buyers had the opportunity to buy fit tups ready for work at a fair price. 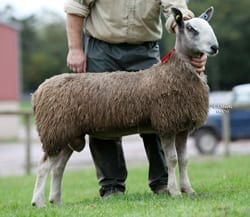 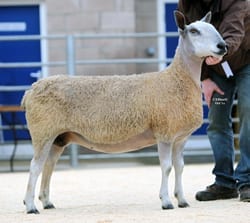 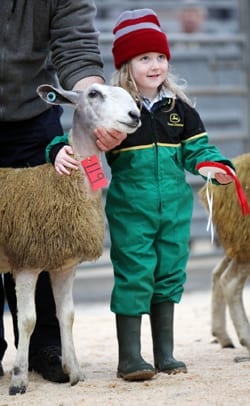