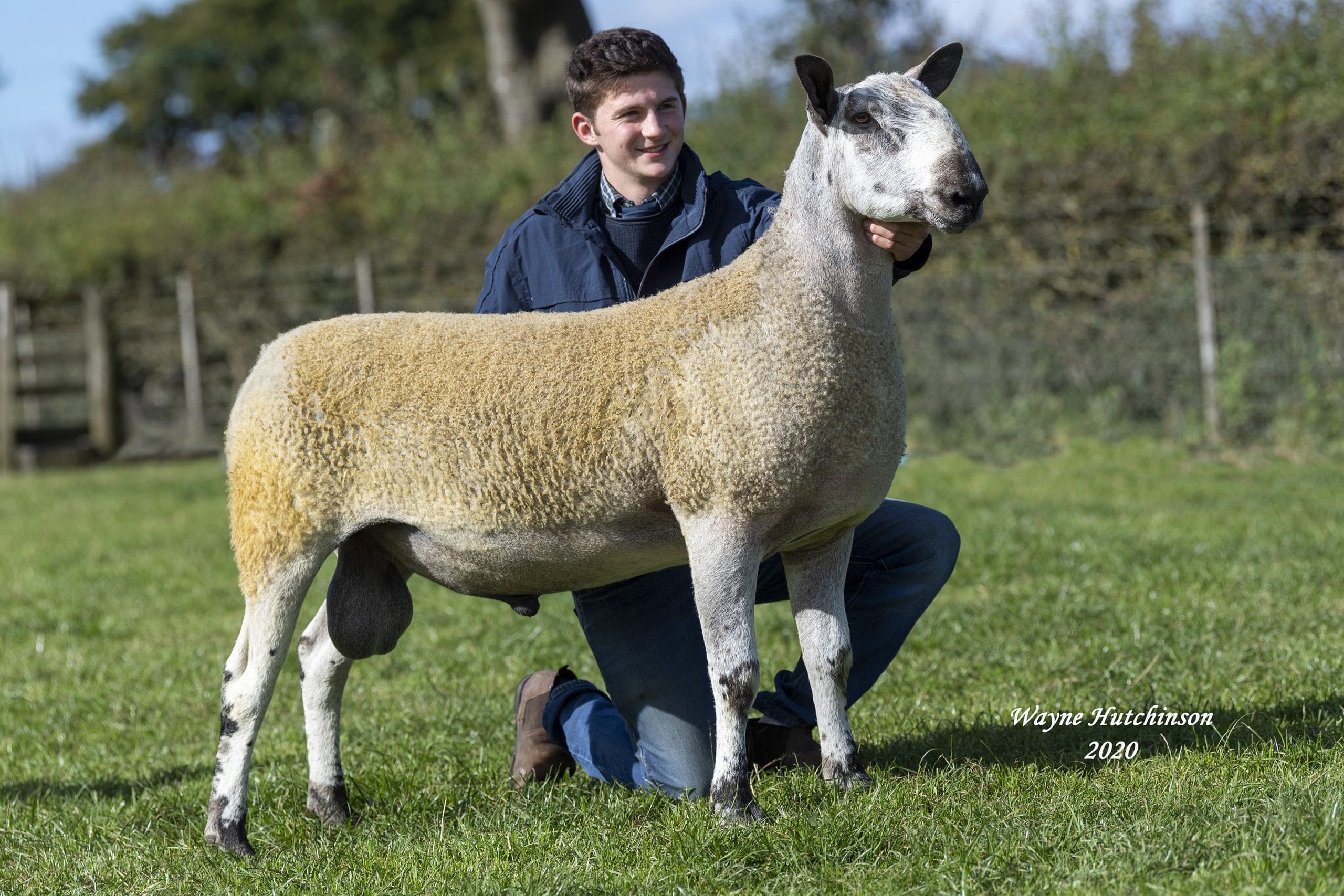 The Lanark ring from the cancelled Kelso sale was held at the Lawrie & Symington centre on Saturday and saw a strong entry of very commercially minded sheep, with plenty of power and confirmation on show, and with more lambs on offer than usual.

Trade throughout was a bit picky on the whole, with the best tups selling well, Saying that the averages were up, with the shearlings levelling at £1092.14 for 182 sold up £51 on the year and the lambs up a massive £760 on the year, levelling at £1394.57 for 42, reflecting the quality on offer.

Topping the days trade was a much-admired shearling from the Midlock stable. The Midlock consignment was full of power and class from the first to the last but it was the first into the ring which got the bidders hearts fluttering. He was by the £20,000 Steel bought out of Hawes two years ago and out ewe by the homebred J30. He had been used successfully as a lamb, siring 15 gimmer lambs in the Midlock top pen sold at Stirling earlier this autumn, backing his credentials. The hammer fell at £9200 with Andy Hunter, The Steel, buying back some of his own bloodlines, sharing it with Martyn Archer from the Carry House flock. Another Steel son, out a Mustang daughter, took the days second top in the shearling section. This correct shearling is out of one of the flock’s best ewes and sold for £5200 to Jack Kay, Hartside.

Much attention was focused on the Macqueston pen of lambs and the admiring crowd of masked viewers were keen to dig deep into their pockets when they came into the ring. It was the second lamb, Macqueston N3, into the ring which drew in the big bidders. This cocky lamb was by the £10,000 Farden and out of a ewe by J2 Lunesdale which is the full sister to the £5500 & £4500 lambs they sold at Hawes in 2017, with its grandmother one of the flocks best breeding ewes, with the flock selling plenty of good tups out of her in the past. Ron and Fran Wilson from the Low Tipalt flock were the final bidders having spent a lot of the day admiring him and persuading them to fork out £8000 for his services. The first tup into the ring for Alec and Anders was the N1 lamb, again by the Farden. This coloury lamb was full of crossing bloodlines with its mother by the £12,000 K1 Carry House which is full to Jackpot and out of a Highberries ewe they bought, which was full sister to Highberries J64 which has been crossing well over the past few years. This sold for £5000 to S McClymont, Auld Tinnis. The Macqueston flock have enjoyed a great trade this week, with a sale topping at Castle Douglas and also their shearlings at Lanark enjoyed a cracking trade, topping at £4200 with a son of Hewgill M9 out of the full sister to the mother of the top lamb from Castle Douglas. Buying this corking shearling were Fred and Robert Loughridge from Orravale. They also say a bid of £3200 for shearling by K1 Carry House, selling to Hartside Farms, capping a great week for Macqueston.

Obie Sharp has enjoyed a good trade at Kelso over the past few years, showing some massive sheep with great presence and confirmation, and her pen from Newbigging Walls this time was no difference. The pen leader was a son of the £15,000 sale topper they sold last year, after using him as a lamb and out of daughter of the £9000 Duhonw G1. He is a massive strong sheep, as long as a ship. They used him as a lamb and had 5 lambs in the flock’s top pen at St Boswells which made £160. He sold for £4800, selling to Professor Penny, Harehead.

The Burnbank flock brought a canny pen of sheep which had been much admired online before the sale and the exposure certainly translated to bids, with the pen leader was Burnbank M20, a son of the £3200 L11 Riddings, a son of Carry House Jackpot and  out of the best ewe at Burnbank, shown as a gimmer lamb at Highland and Yorkshire shows. This tall shearling sold for £4000 selling in a 2-way split to Messrs Morsehead and Walton, Penpugh.

Other top prices saw bids of £3600 for a shearling from Messrs McKie by the Farden L4 out of a SP Dalpeddar ewe they bought privately as a lamb. This sold to Dunlops, Pinvalley. James Herdman enjoyed a good trade too, selling both a shearling and a lamb to £3500. Both were by the J1 Hott Bank, with the shearling selling to Percy Farming and the lamb to Woods at Alwinton. 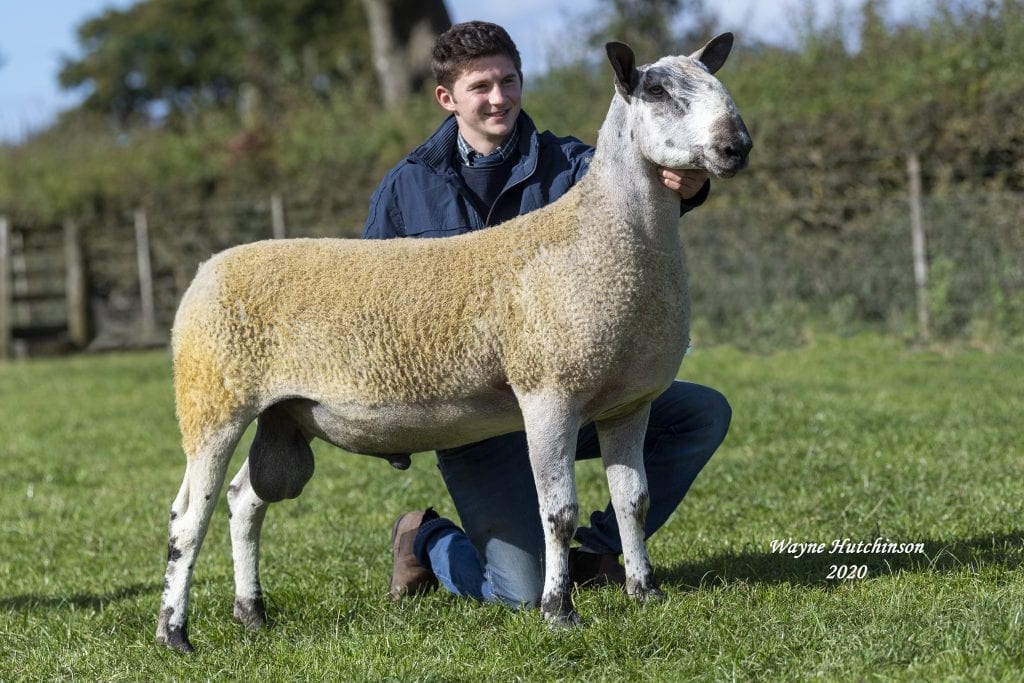 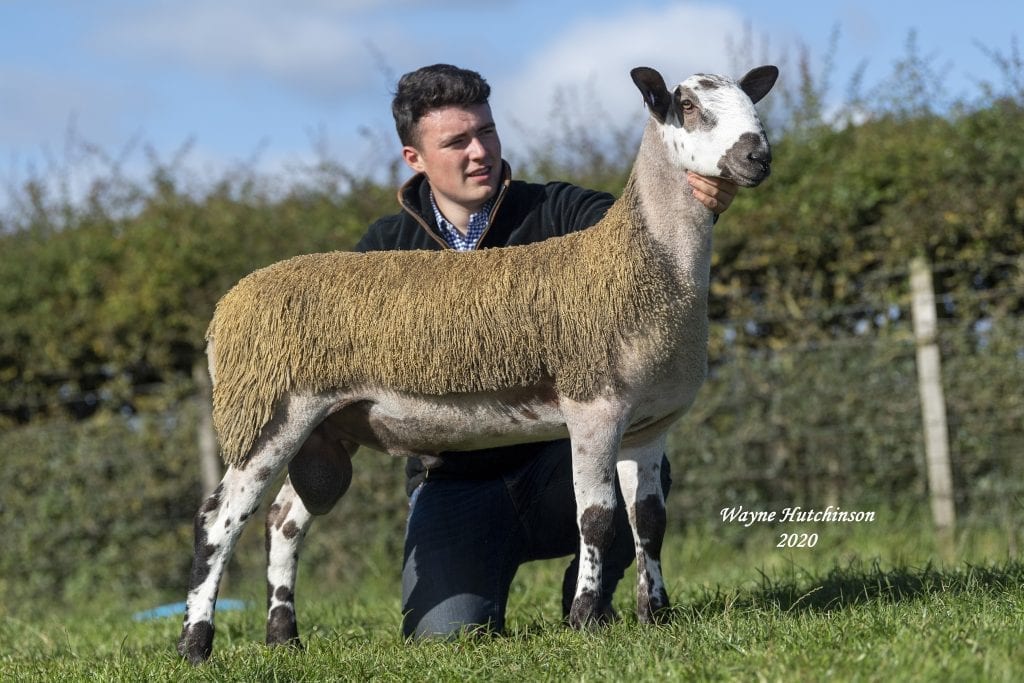 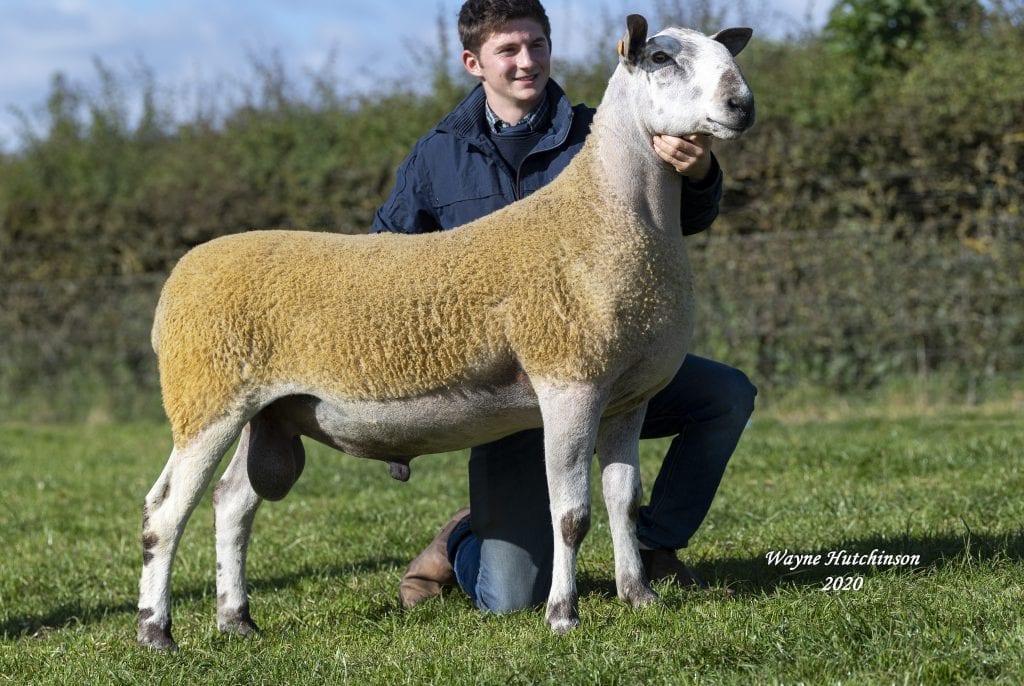 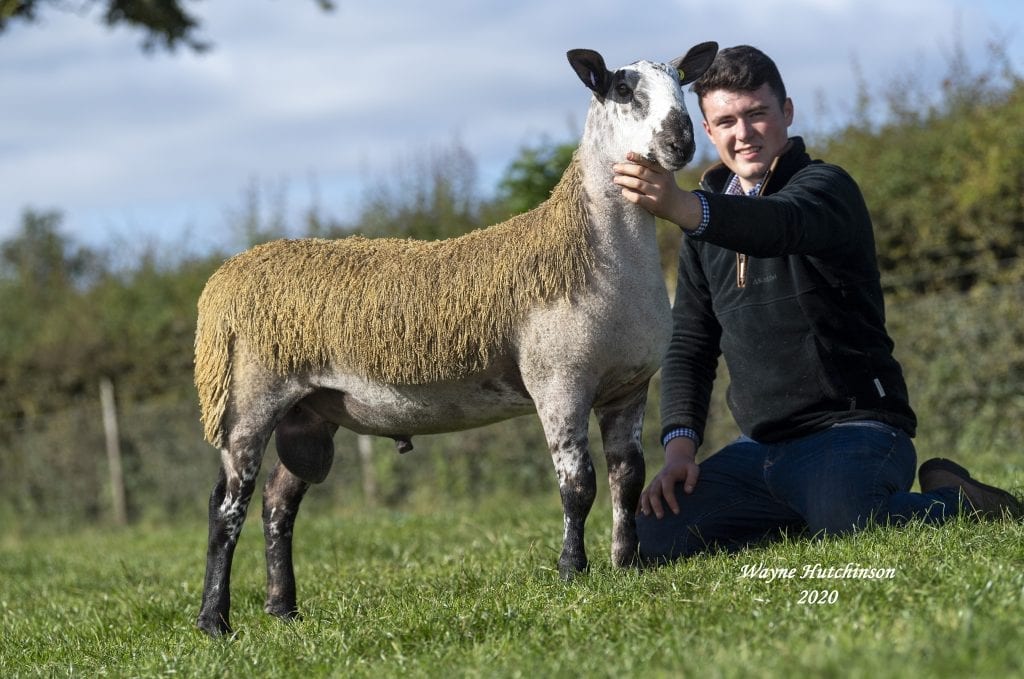 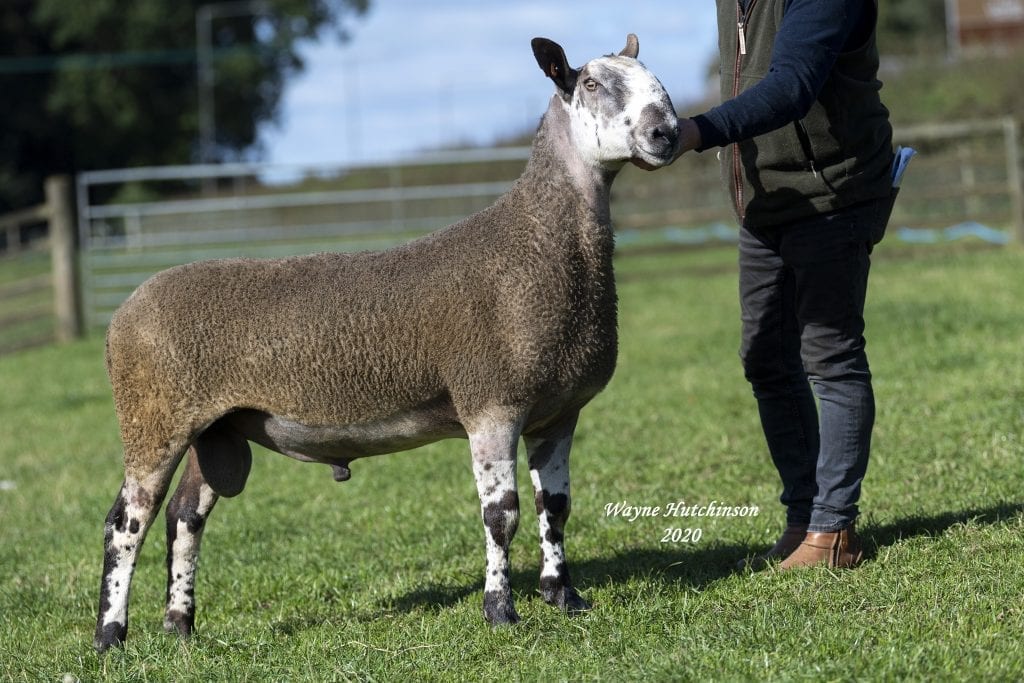 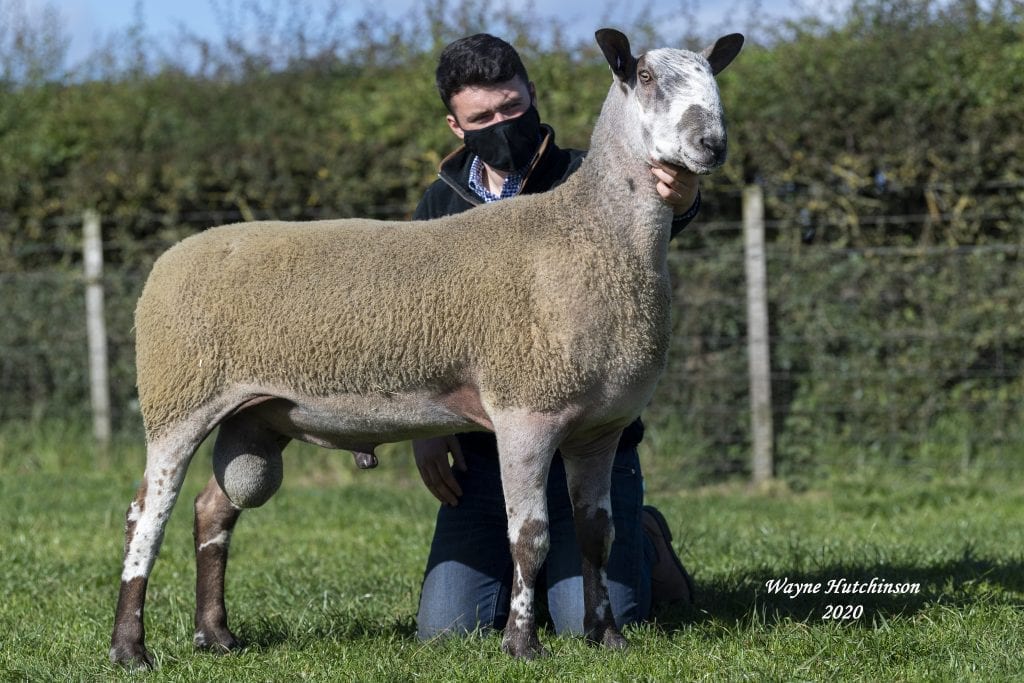 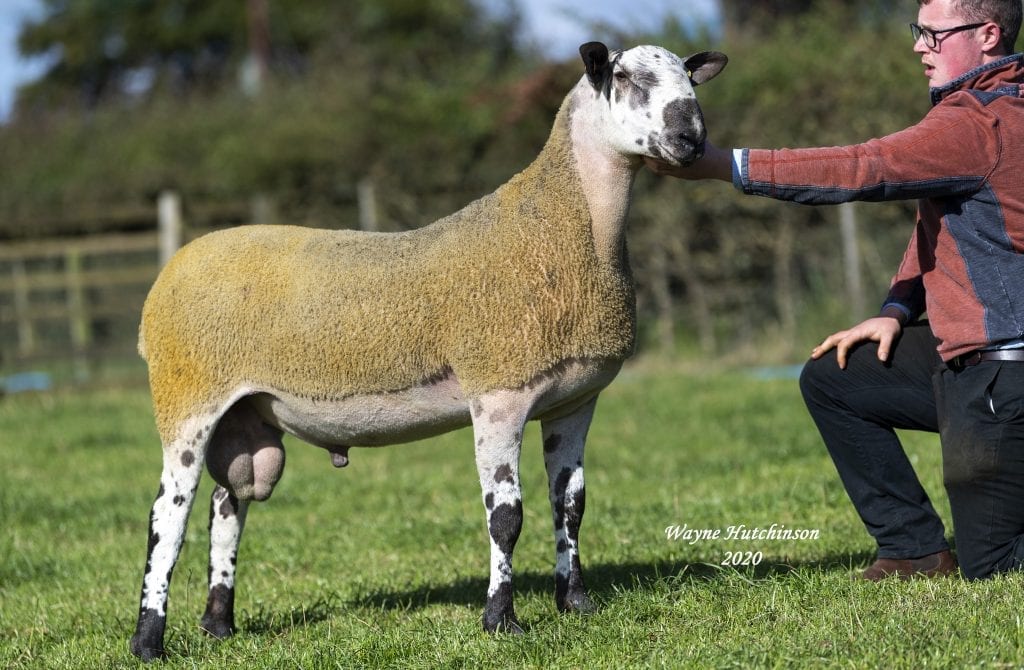 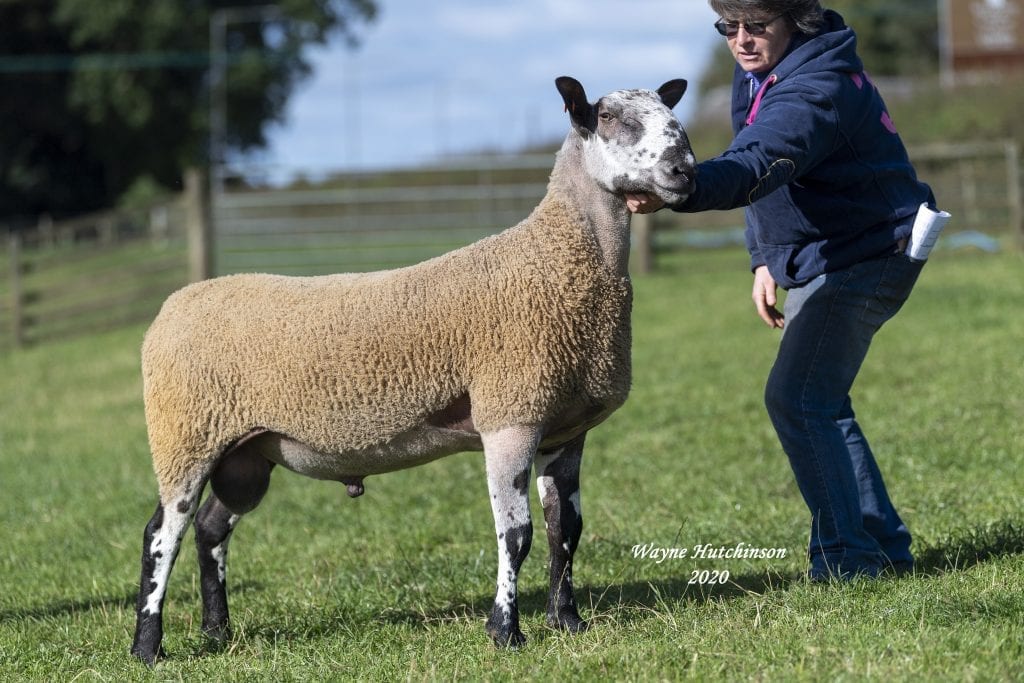 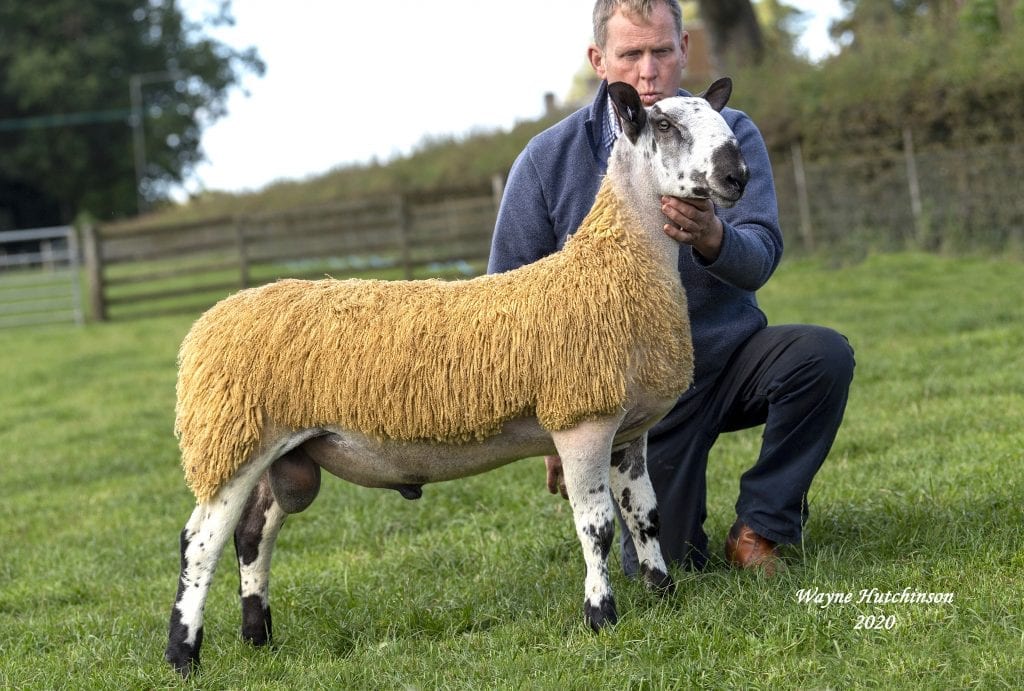 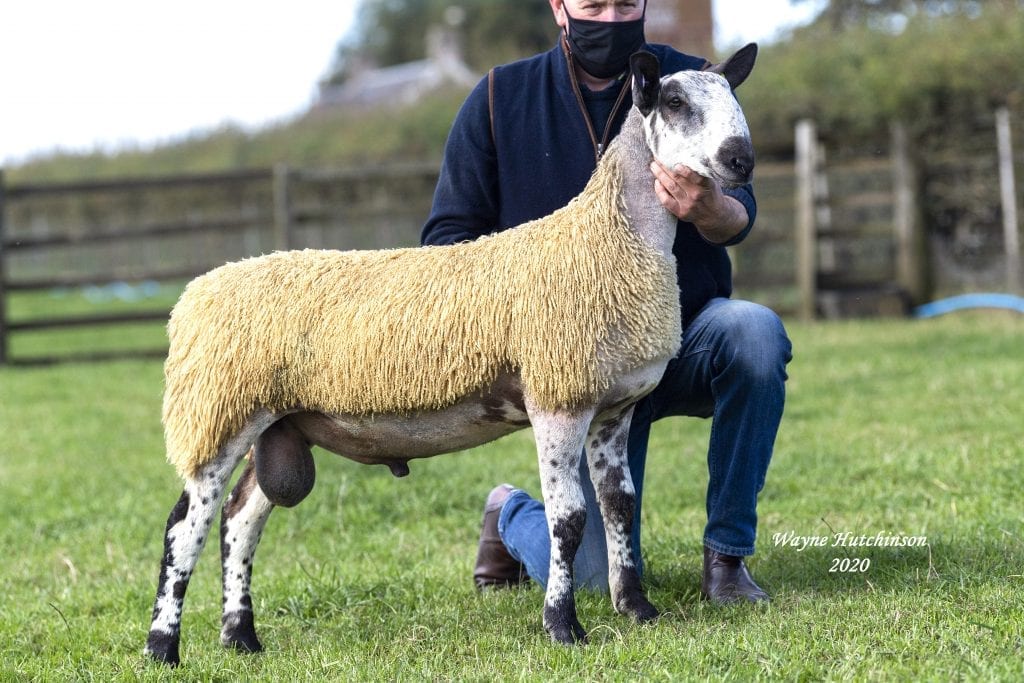 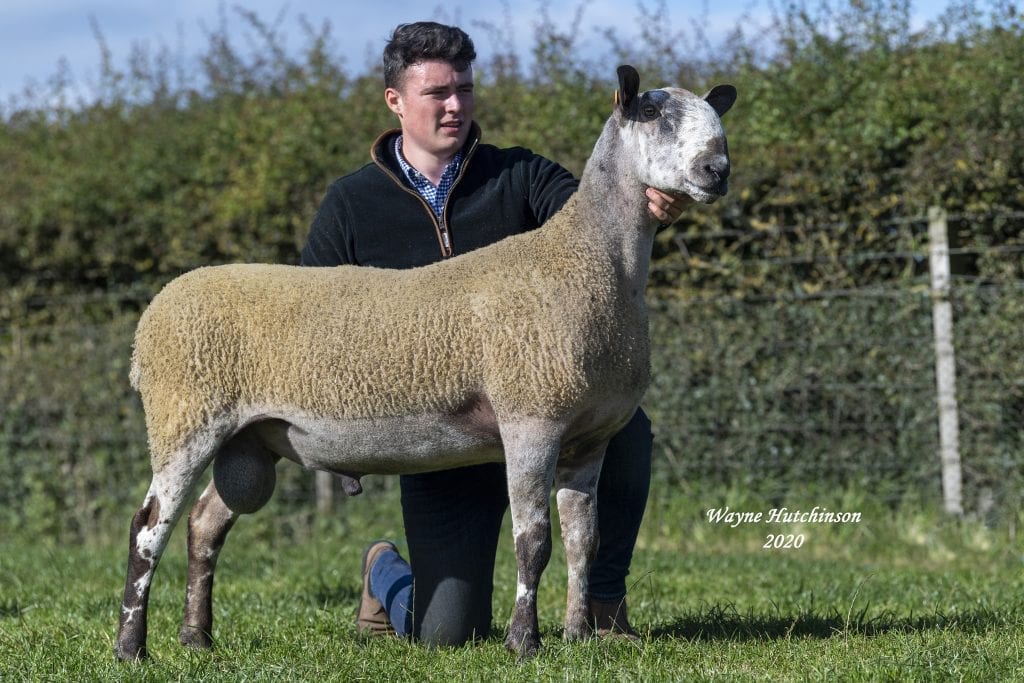 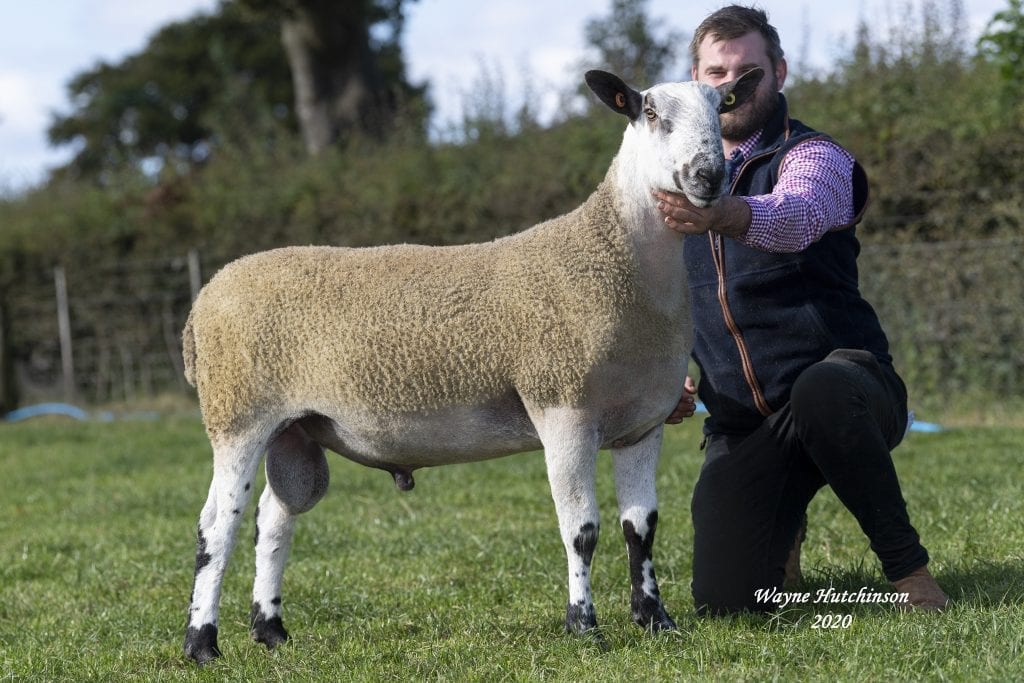