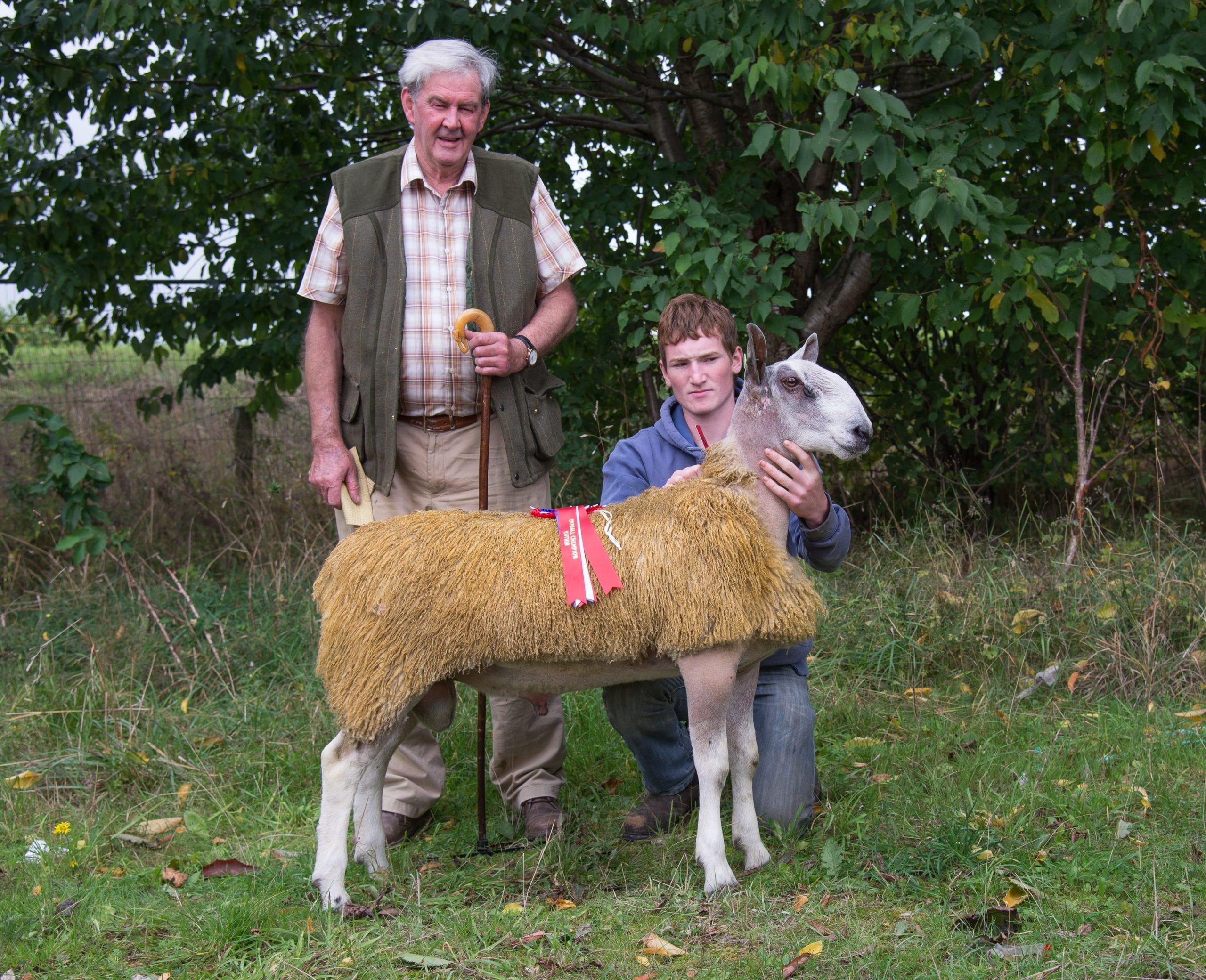 A pleasant late summers day saw the 2013 Annual sale of Bluefaced Leicesters at Ruthin livestock market. An overflowing store market sale day was chosen as the new sale date in order to coincide with the Pedigree Beulah ewe and ram sale and there was certainly a real interest in the stock offered for sale.

Raymond Harding travelled to North Wales to judge the pre sale show and completed a thorough job, giving each sheep it’s fair consideration. Pulled up first in the ram class was Dewi Roberts of the Trofarth flock. This yearling was sired by Craig yr Orsedd B27 and out of a ewe sired by Westow B3, he showed style and character in the lineout and went on to achieve reserve male champion.

The ram lamb class is always fiercely contested and Raymond’s first choice was a strong lamb from Mr Francis of the Ruthin flock sired by Burndale C4. This lamb stood well on its legs and had an even width through its shoulders to its hind quarters and went on to achieve the overall Champion.

In the female class a homebred two shear ewe sired by Elian Y8 won its class and female champion and the days overall reserve champion. The breeder Dewi Roberts of the Trofarth flock topping a successful day with this sharp blue ewe. Maldwyn Davies of the Grugor flock was second in the female class and reserve female champion. This yearling ewe was sired by Cernyw C15 who had earlier in the week sired the overall champion at the Builth ram sale for local breeder Elfyn Owen.

The sale was considered pleasing by vendors and purchasers with a good clearance of stock. The days top price 520gns was achieved by Mr Huw Gruffydd of the Caereini flock for lot number two, a yearling ram sired by Meudwy D3.  Many thanks to Ruthin Farmers Market for their support and perseverance in establishing this respectable sale in North Wales and to breeders and buyers for supporting the Bluefaced Leicester Association official sale. 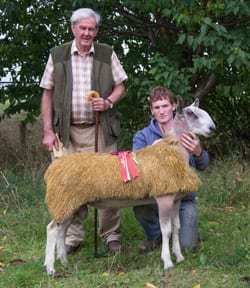 The overall champion, a ram lamb from R. H. Francis sold for 430 gns. 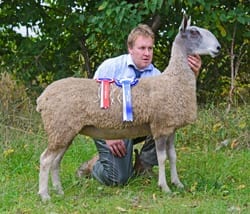 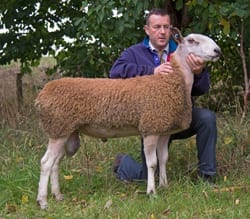