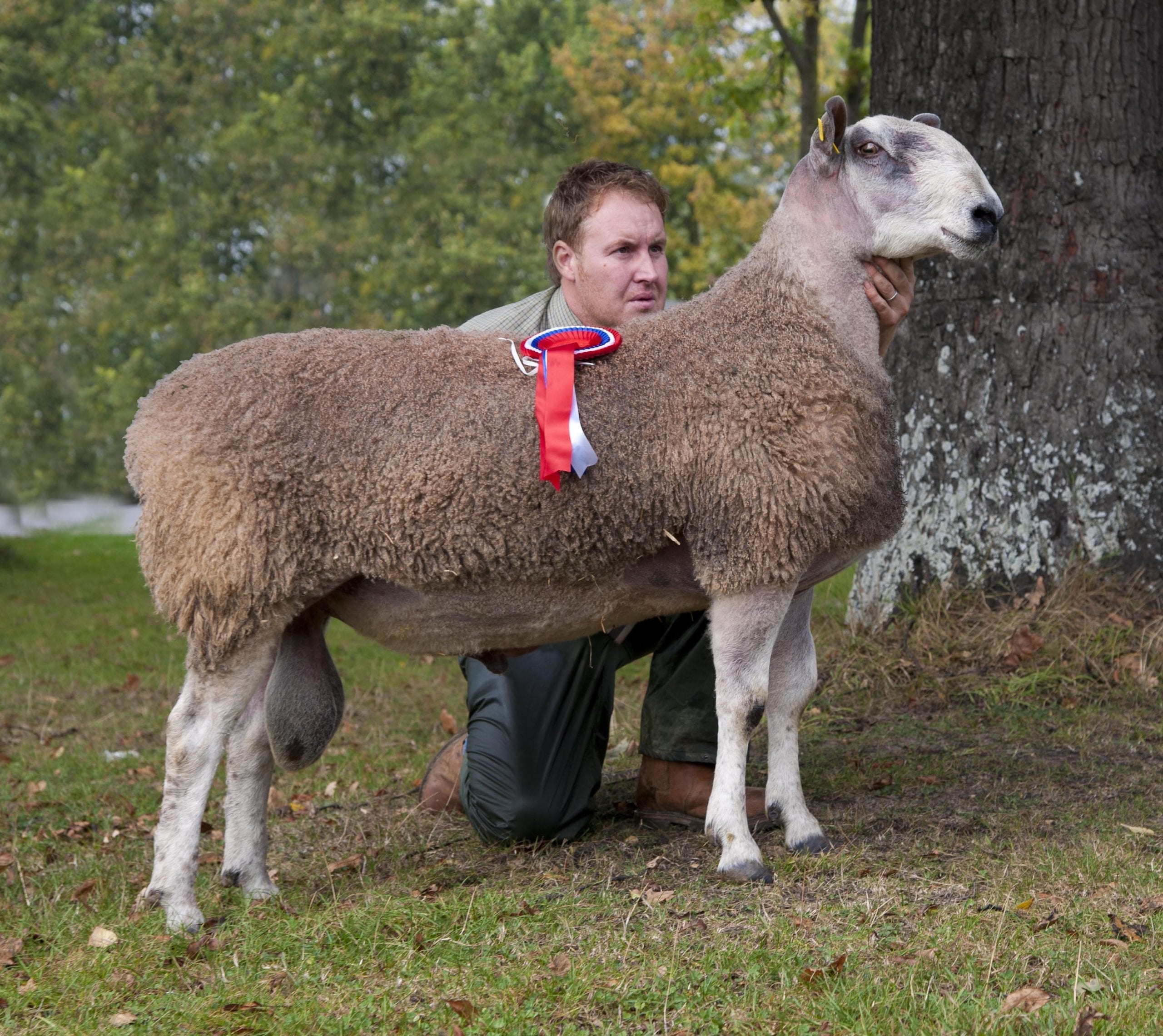 Ruthin Farmers Market hosted the annual sale of registered Bluefaced Leicesters on Thursday the 13th October. The pre sale show was judged by Mr Phil May of the Derwenlas flock near Welshpool and stewarded by the tireless Mr Arthur Yates who made his fourth trip to Wales this year.

Top honours in the aged and yearling ram class went to D Roberts, Trofarth with a powerful two year old tup bred by Craig yr Orsedd and sired by Cocklaw Z2 out of a Scrainwood T29 E+ ewe. This ram went on to achieve overall champion of the day and secured the days second highest bid at £672. Second and third place in the ram class went to Emrys Williams, Gladyr with two correct deep bodied rams each securing bids of £588. These were both purchased by Welsh T V farming presenter Dai Jones, Llanilar who had attended the Hawes sale earlier in the season to film one of the Cefn gwlad (country side) programmes. Dai breeds white faced Welsh Mules on his home farm and is a good advocate for the Bluefaced Leicester

The ram lamb class section was won again this year by local breeder Elfyn Owen Cernyw who presented an excellent run of sheep. His first lamb through the ring 1070/ D29 secured Mr Phil Mays reserve champion of the day and the top price in this year’s sale. He was a full brother to last year’s first prize Royal Welsh show winner who went on to make £1450 at the NSA sale in 2010. The bidding reached a very respectable £924 for this signet recorded son of Cernyw Y1 E+ by a homebred ewe sired by Scrainwood T29 E+. This ram lamb again emphasising the buyers willingness to invest in impressive sheep with the science behind their breeding.

Female champion went to Mr Myrfyn Roberts, Myfyrian with a daughter of Cassington B12 who won the champion at the Builth Wells NSA pre sale show in September. This sharp correct female went home to the judge at the Derwenlas flock for £315 and ended a very satisfying sale.

The supreme champion, a ram from D. Roberts, Trofarth sold for 640 gns.