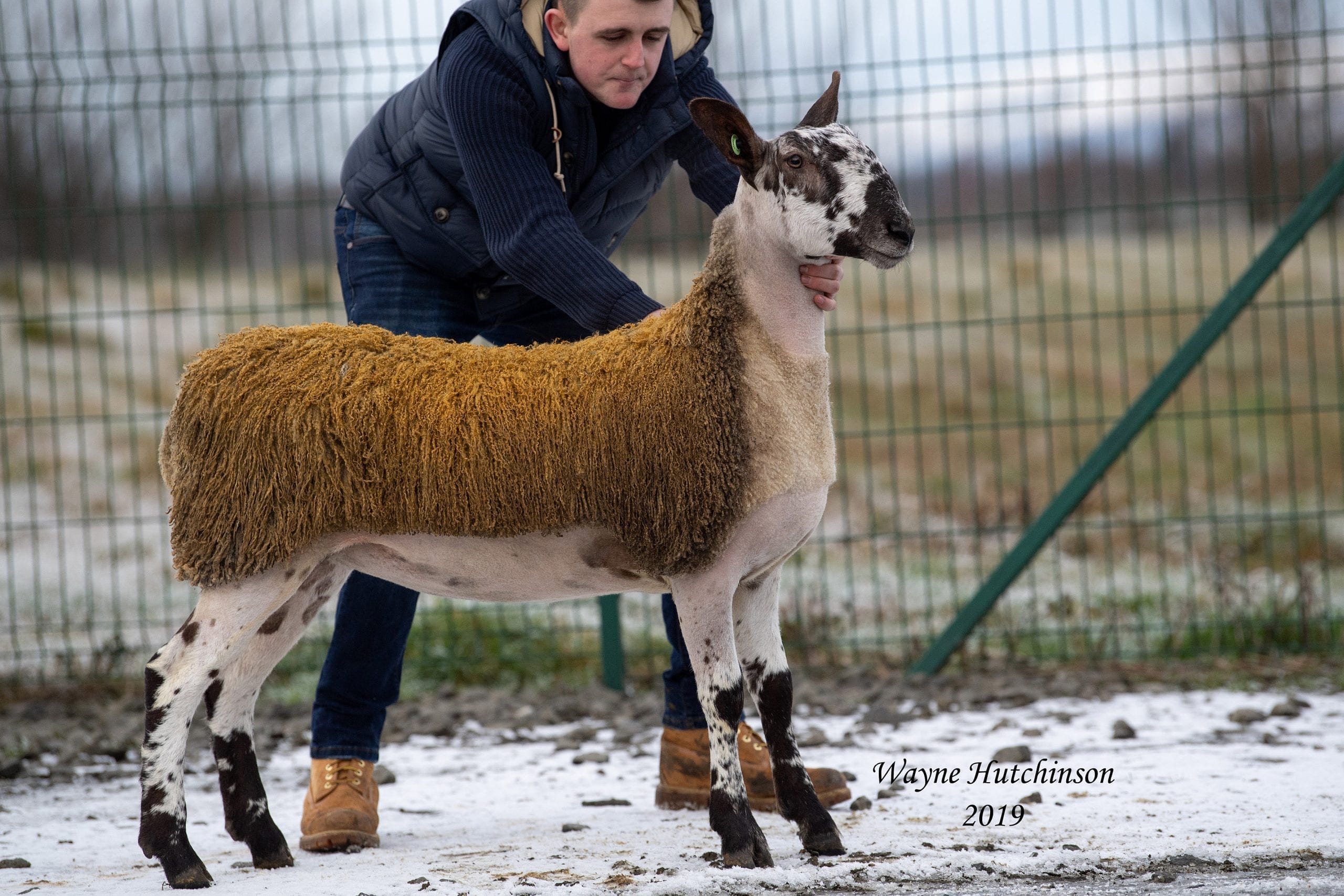 The inaugural Association sale at Stirling enjoyed a good crowd watching some nice sheep through the ring on a cold, crisp day. The classes at the pre-sale show, although small, were full of good sheep which would grace any show ring.

Topping the day’s trade, late in the ballot, was a gimmer shearling from Midlock. She attracted a lot of interest, not just for her cracking outlook, but the depth of breeding in her is just phenomenal. She is by the homebred J21 Midlock and out of one of the best breeding females, D70 Midlock, ever to grace the breed. She was the breed champion at the Highland last year and has bred three tups over five figures, including Knight Rider. This was the first female to be sold from this line and there was certainly some demand to land her, carrying twins to the £7200 K1 Shafthill. Alex Steedman was the lucky man taking her home, following the bidding from the off and never wavering as the bids mounted up. He got her when the hammer fell at 3000gns.

Cameron Jackson bought a canny hogg from the same stable. This sweet, clean hogg was by the K7 Smearsett, and goes back to a Marriforth ewe bought way back. The hammer landed on her for 900 gns.

The sale started off on a good footing too, when the first lot went through the ring for 1600 gns. This sharp lamb from Jamie Pirie, Blarnavaid, was by the £37,000 Midlock K20 and out of a ewe by the £9000 Firth. Full of good bloodlines, she certainly caught the eye and it was James Nisbet who was the successful bidder. Jamie also took the day’s championship with his other lamb. This was by the £15,000 Highberries Hotshot out of a ewe by the F1 Firth. Again, this sharp lamb with a great outlook certainly caught the eye, with Cameron Jackson forking out the readies for her.

Alan McClymont offered a really nice gimmer hogg which was no stranger to the show ring. She picked up third prize on the day, after her previous showings at Dumfries and Peebles had seen her pick up two red tickets. She was by the H16 Mendick and sold for 900 gns. 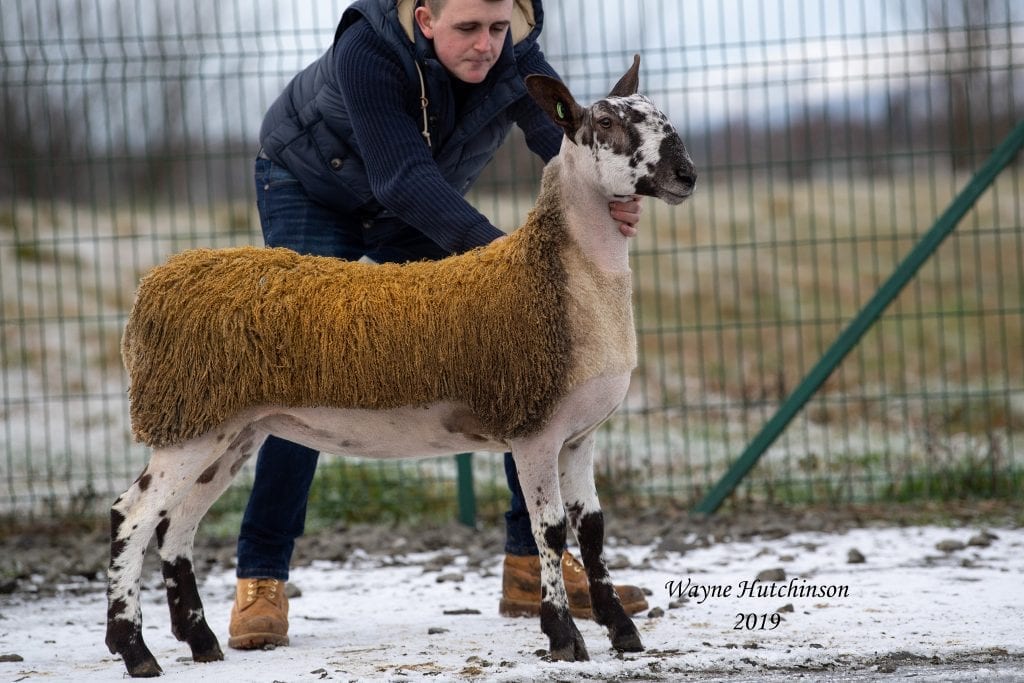 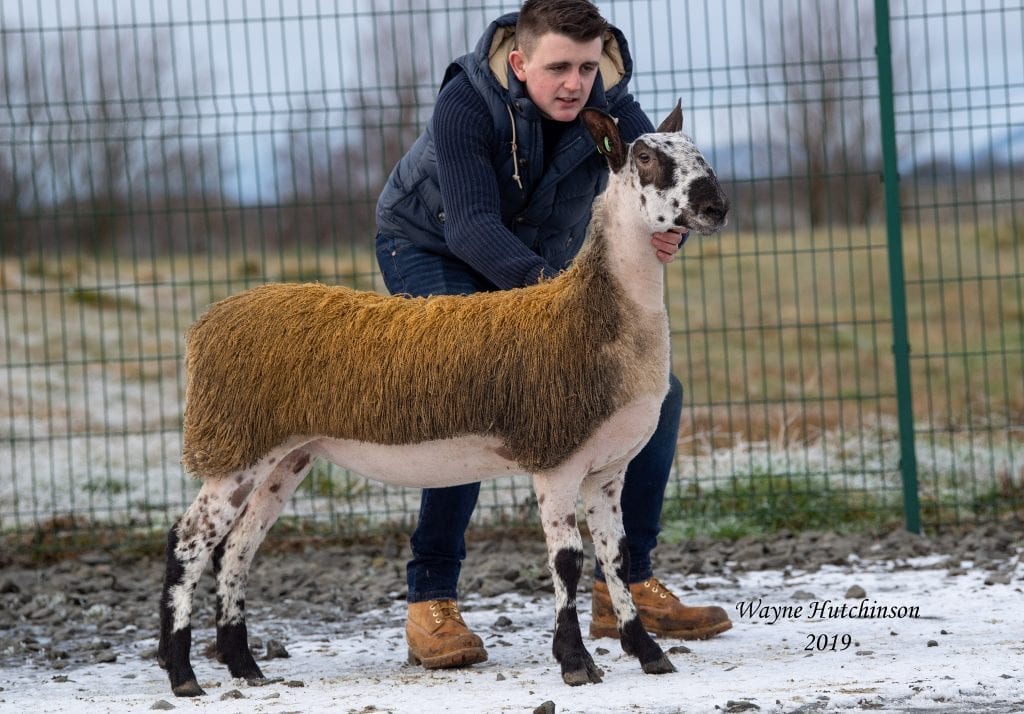 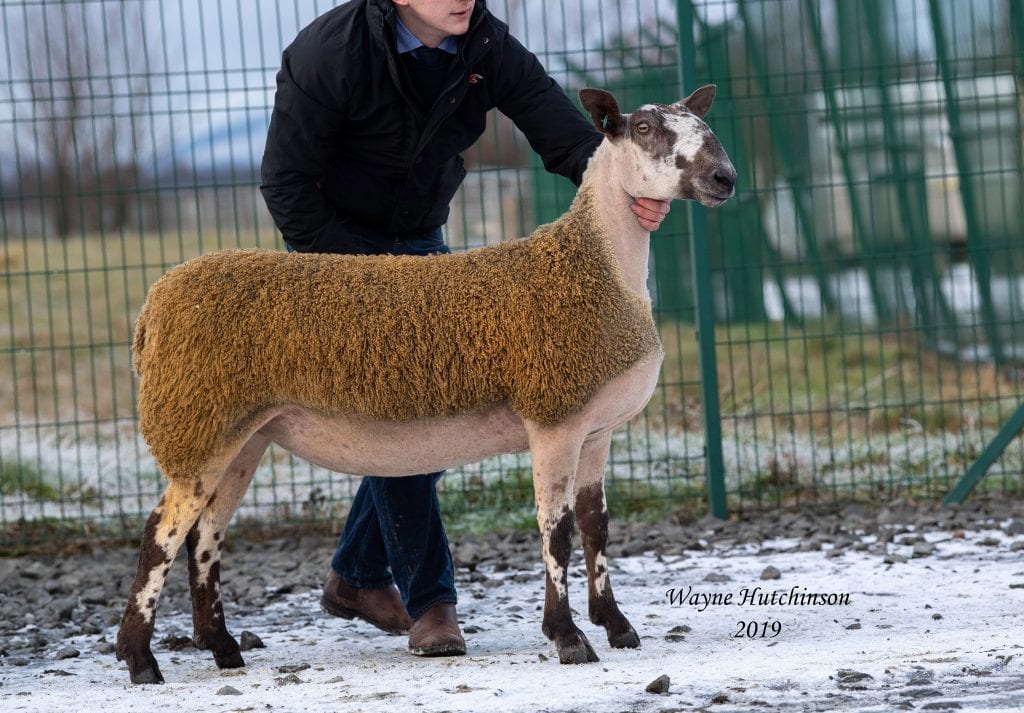 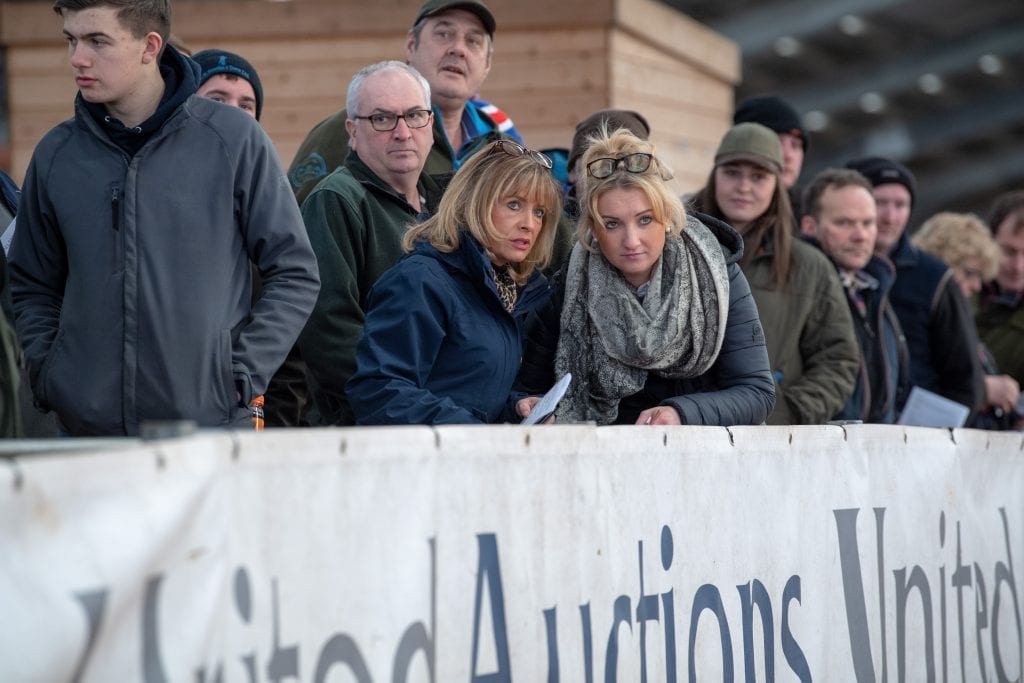 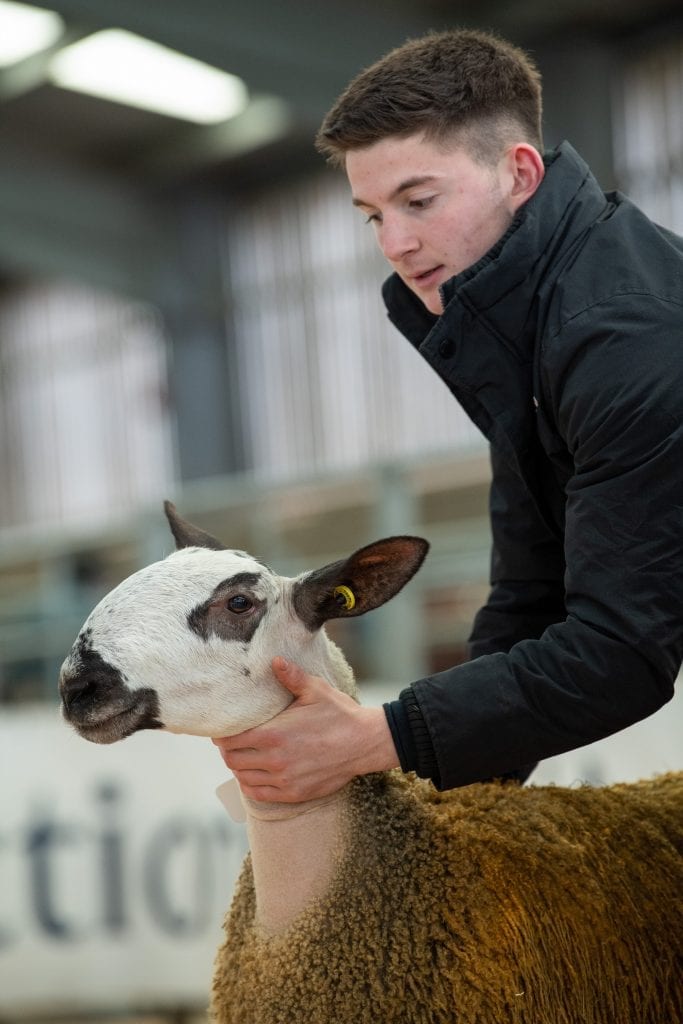 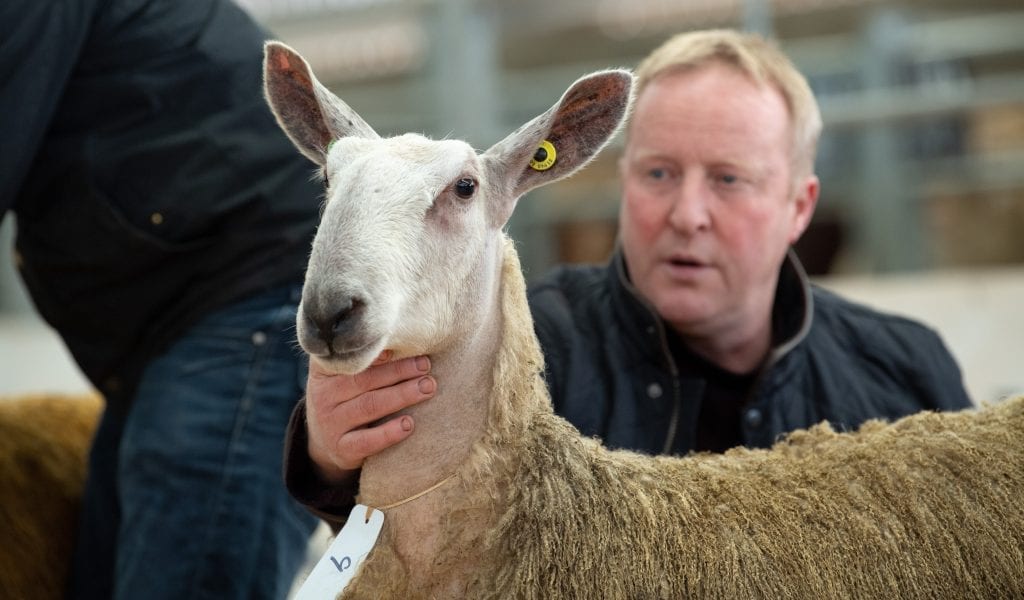 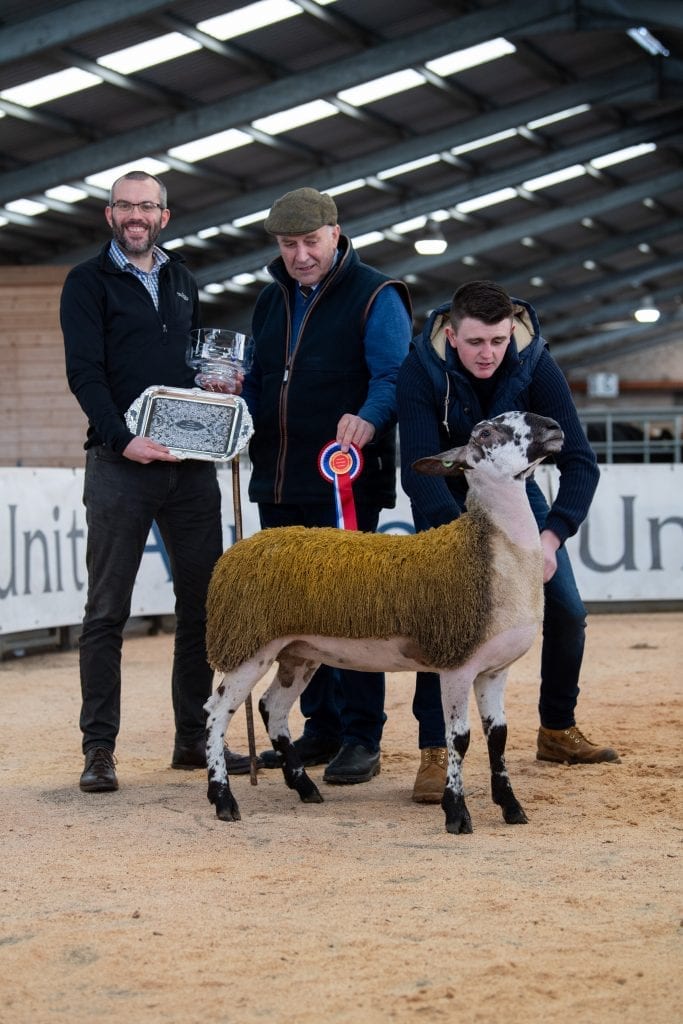