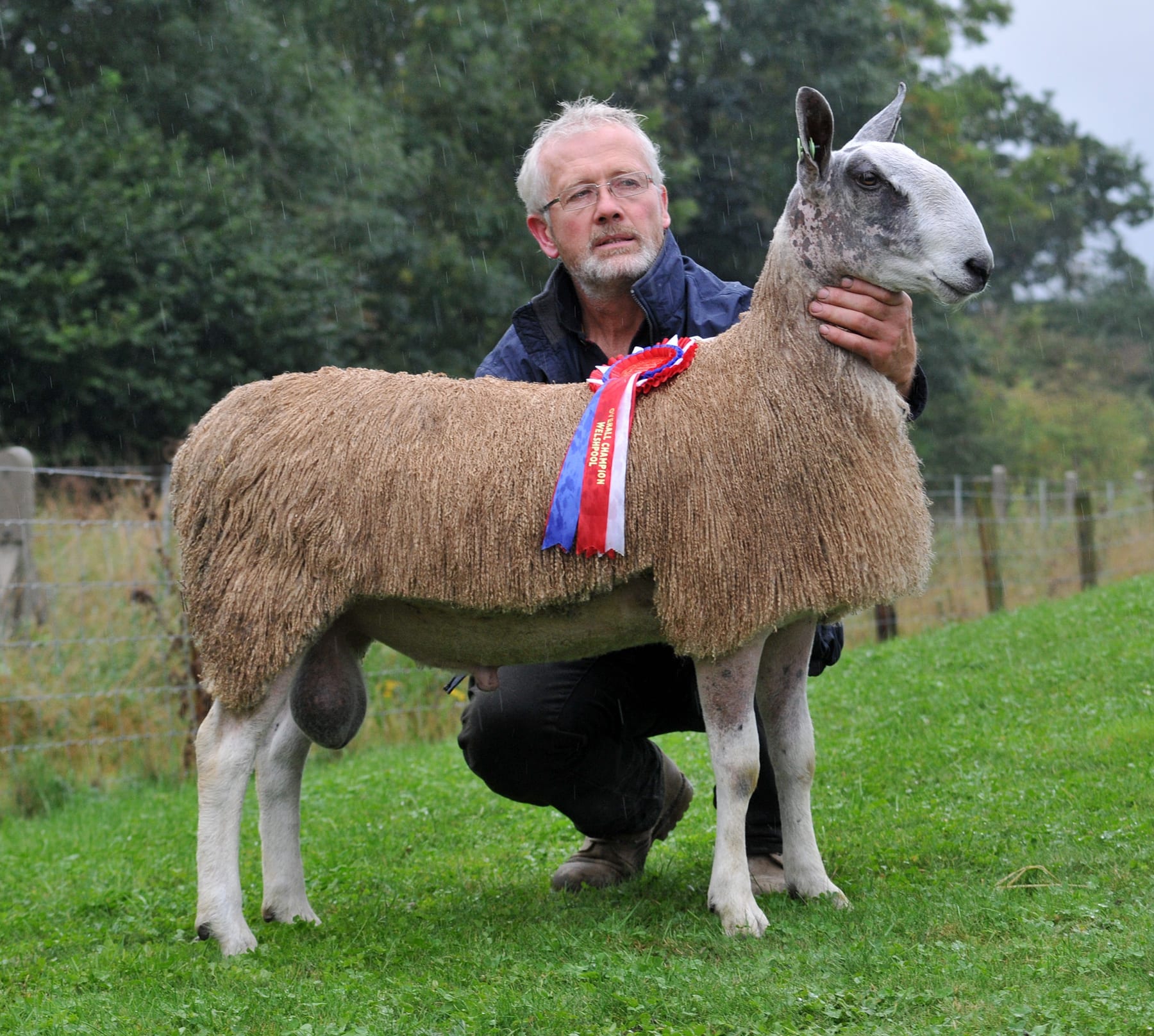 A bright and pleasant day greeted the 26th Annual Bluefaced Leicester sale at Welshpool Livestock Market where Alex Bisset from Northumberland had the honour of judging strong classes.

The pre sale show is a highlight for every breeder, with the chance to study the top breeding lines and follow the progeny of the previous years sales. For some it bestows glory for the hours, days and often years of unseen work on the home farm, mating, lambing and rearing sheep for this very moment. To win one such pre sale class is a great achievement and to gain a supreme champion is, amongst such fierce competition, the greatest accolade a breeder can obtain.

This year, 2013 , Elfyn Owen of the Cernyw flock has achieved three pre sale Supreme Champions winning at Builth Wells, Welshpool and Carlisle. Congratulations to him and his family for winning every sale they entered and in true Welsh style this constitutes a famous Grand Slam for their flock and a year to remember.

The champion ram was the winner of the recorded ram lamb class a son of the renowned home bred sire Y1 out of a ewe sired by Old Parks W1. This is the third year out of the last four that the Cernyw flock has achieved overall Champion at the Welshpool sale.

Elfyn also won the reserve champion with the winner of the open ram lamb class with a son of Howlea D3 who we now know himself achieved supreme champion at Carlisle sale a few weeks later. The mother of the reserve ram lamb was sired by Cernyw Y1 showing the tremendous consistency in this blood line.

To confirm Elfyn’s dominance of proceedings it was in fact an unshown ram lamb that achieved the days top price of £1155. This lamb Cernyw F4, was sired by homebred C15 and out of a ewe sired by Cassington W2 and he quickly drew the bidders interest as he strode into the ring with style and character.

Cassington D3 went on to win the aged ram class. This massive, correct ram stood well on his legs was a worthy winner of the category for Dewi Williams. Sired by Myfyrian B10 or Blue Dragon as he is known who himself was champion at the Builth Wells sale in 2009.

Craig yr Orsedd E27 won a large shearling ram class with a stylish correct tup sired by the five year old Shrewbridge tup A26 Elite plus. This sire produced the champion in Welshpool in 2011 when Aled’s C12 won the yearling class, again showing the consistency of this bloodline.

The female champion went to Dewi Roberts of the Trofarth flock for an upstanding, stylish homebred ewe C17 sired by Penn Garr Z5 and out of a Craig yr Orsedd foundation ewe sired by Clennell Y19.

Regular winner and local breeder Phil May won the ewe lamb class with F45 sired by the successful homebred D3 elite plus, out of a ewe sired by Rosehill W2.

Phil Davies of the Gornal flock had an excellent trade for his yearling rams with the days second highest price of £1100 for a Cernyw D26 out of a ewe by Myfyrian B13. Most of this pen of rams were qualifying sires for the production of Performance Mules with signet indexes above average. It is expected that Mules sired by these and other high index Leicesters will be identified and available for sale in the Welsh Mule sales in 2014.

The Myfyrian flock themselves had a very good day with the second prize ram lamb making the second highest lamb price of the day at £861. This sharp lamb showed strength and character and was a shrewd buy for Ted and Francis Williams of the Lower Down flock. A full brother to this lamb was sold later at Carlisle for £2500 to Piel View. This lamb, sired by the £7000 Craig yr Orsedd D1 tup who topped the trade at the 2011 Builth sale. His mother was by the homebred C1 who won the Builth Ram sale in 2010.

As competition heats up and Mule breeders become more selective the standard of sheep continues to rise at Welshpool to meet the demand for quality and correctness. This helps ensure the sale’s future is more secure than ever as breeders adapt to meet the market requirements for carcase, good teeth and conformation. 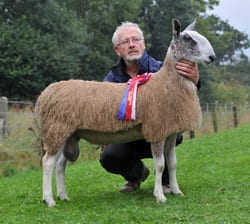 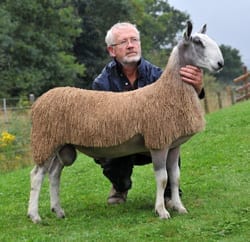