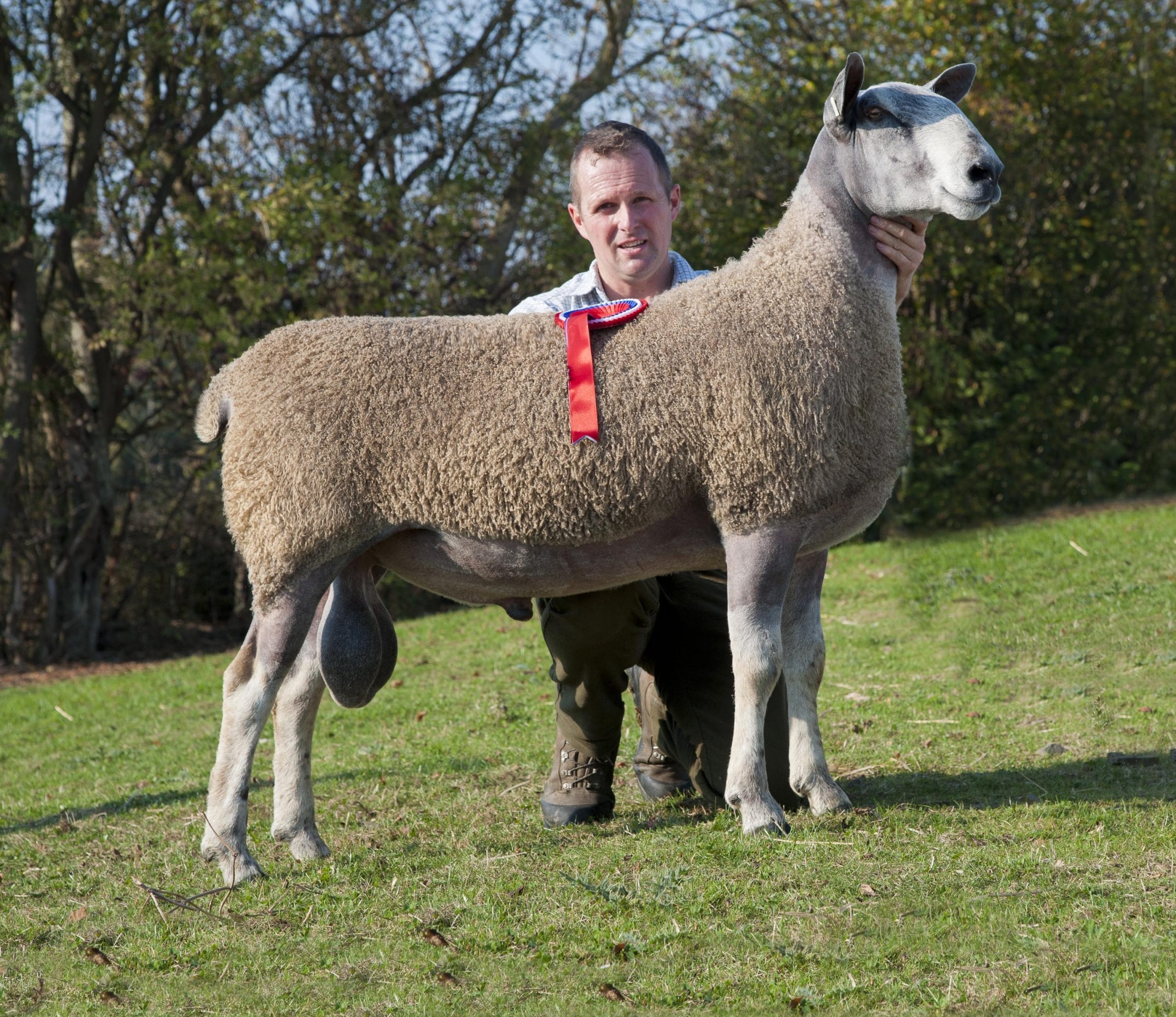 The 24th annual show and sale of Bluefaced Leicesters at Welshpool Livestock sale will be remembered for the unseasonably hot weather. Sheep, vendors and buyers alike were struck by weather usually seen in June and perfect for making some late season hay. Entries were up by 102 head to 435 but the sale was well supported by buyers predominantly from Powys and the Welsh borders with sheep to suit every pocket.

The pre sale show was judged by Mr John Townson where he chose a sharp, correct yearling ram from Aled jones Craig yr Orsedd as his supreme champion. The yearling, 3363/C12 was sired by the Shrewbridge Elite plus A26 and yet again out of a homebred ewe sired by Scrainwood T29 E+. This dam line having done so well in the Builth ram sale earlier in the season. The tup gained the joint second highest price of the day, making £1050 and going to T M Reaich of the Wrens Park flock.

The highest price of £1071 was gained by the Shrewbridge flock which has produced so many champions and highest price sheep at Welshpool over the last few years. The yearling ram was Burndale C10 purchased last year as a lamb from the Henderson family which had grown on well and was sired by Woodcroft B1.

Another high price went to the second prize yearling ram from Davies family of the Monarch flock for a Crossdykes C5 sired by Tundergarth Z1. The judges decisions being vindicated in the prices gained for stock offered for sale.

In the aged tup class new breeder Dewi Roberts of Trofarth gained the first place with Craig yr Orsedd B27 which went on to make £614.

When prizes are on offer Elfyn Owen of the Cernyw flock consistently puts forward excellent stock and gained the first and third prize ram lambs and reserve male champion. Both ram lambs were sired by the homebred Y1 elite plus tup. The second of which went on to make £861 and went to local breeder and former Association chairman Phil Davies of the Gornal flock where he will be used on pure Leicesters.

In the female section of the sale a number of breeders consistently produce winners. Gareth Howatson of the Tudno flock gained female champion and reserve supreme on the day with a homebred ewe sired by Carry House Z9. Tudno also gained second place in the ewe section with another ewe the same way bred. In the ewe lamb section Myfyrian again showed the style of his flock by gaining first prize and reserve female champion with a Cassington B12 daughter. Top price female was sold by local breeder Phil May of the Derwenlas flock who achieved £420 for his fourth prized ewe lamb sire by westow B6 E+ . 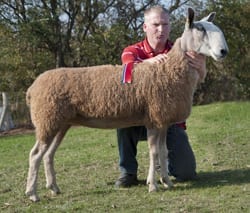 The reserve supreme champion and champion female from G. Howatson. 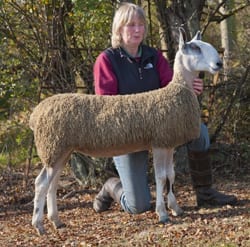 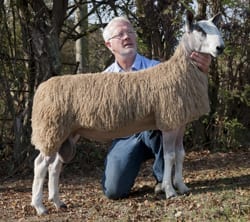