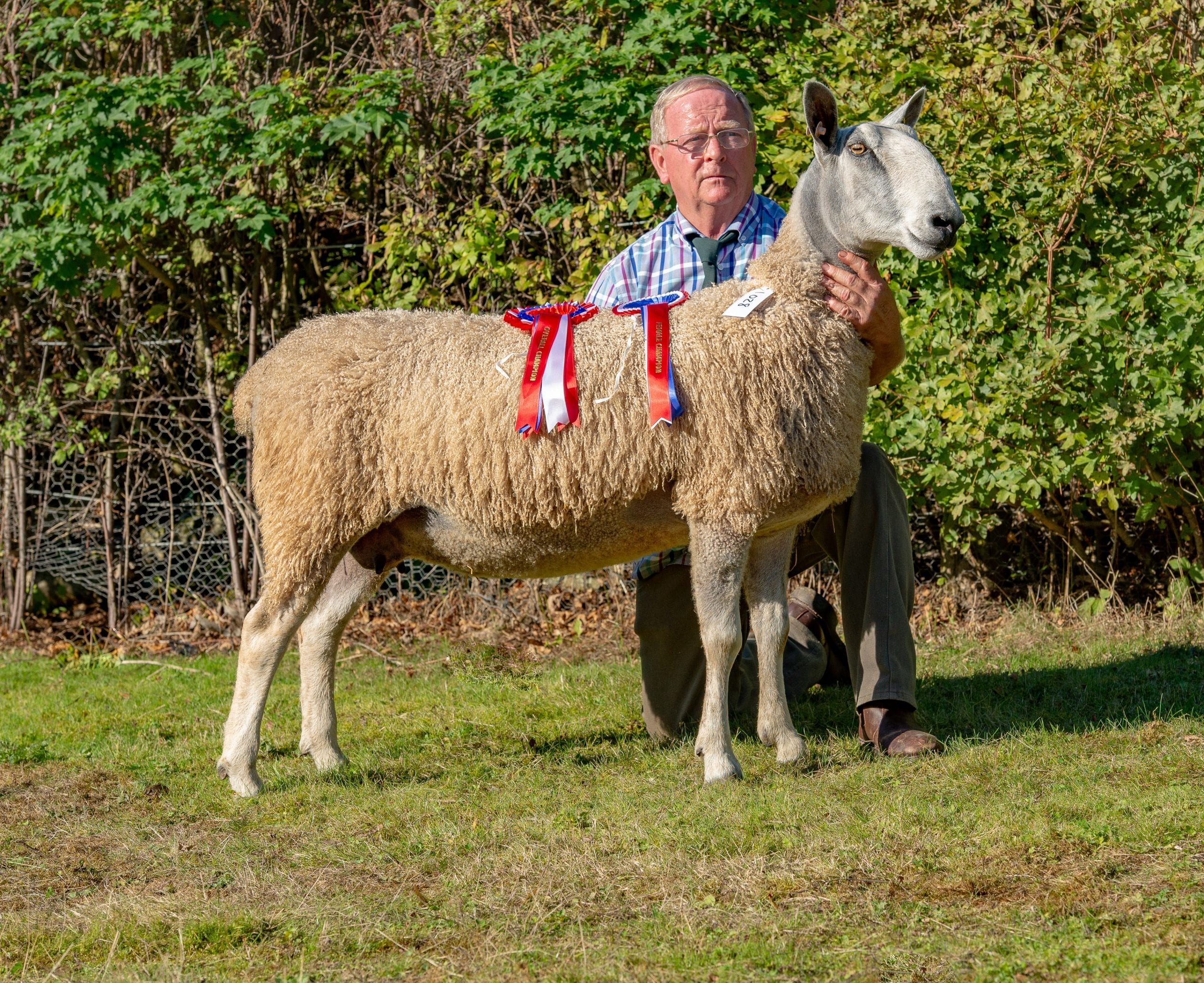 The 31st annual show and sale of registered Bluefaced Leicesters was held at Welshpool Livestock Market on Thursday 27th September 2018 with a busy ring of buyers present.

Mrs E Helme, Ormathwaite flock travelled down from her home in Cumbria to take on the judging duties at the pre sale show with large numbers of sheep forward in all classes.

Mrs Helme found her Overall Champion in the female pen of local breeder and regular consignor at the Welshpool sale Phil May, Derwenlas flock. She was an eye catching homebred ewe – Derwenlas 3822/H038 sired by Braegarrie 2280/F001, and out of a homebred ewe 3822/D044 by a homebred sire Derwenlas 3822/C040. She was later cashed for 440 guineas to fellow breeders Myrfyn, Jayne and Gareth Roberts, Myfyrian flock.

Top price of the day was 950 guineas for a shearling ram which was not out for show in the morning. He was a homebred ram from the performance recorded flock of Phil Davies, Gornal 3543/K050 and sold with a recorded index of 336. He is by a homebred sire Gornal 3543/J018, and out of a homebred ewe sired by homebred sire 3543/H020 Gornal.

Thanks to our sponsors KLF Insurance, and to the Judge Mrs E Helme, Ormathwaite 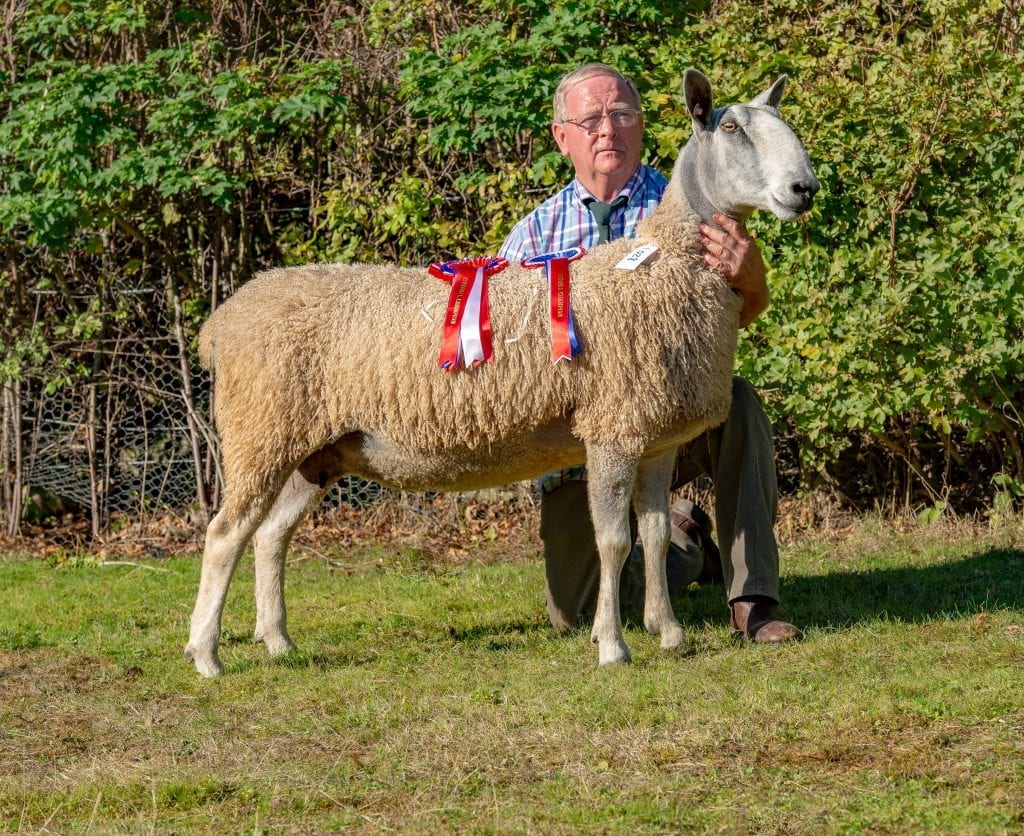 The champion Bluefaced Leicester female and overall champion from D. P. May. 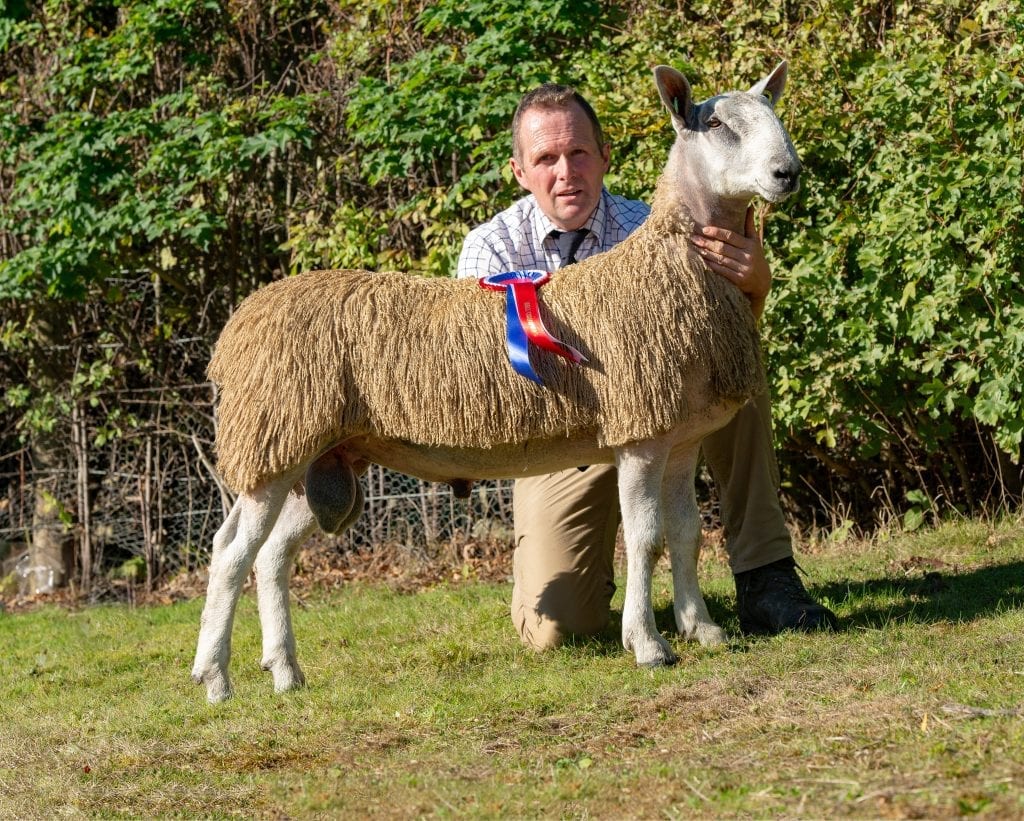 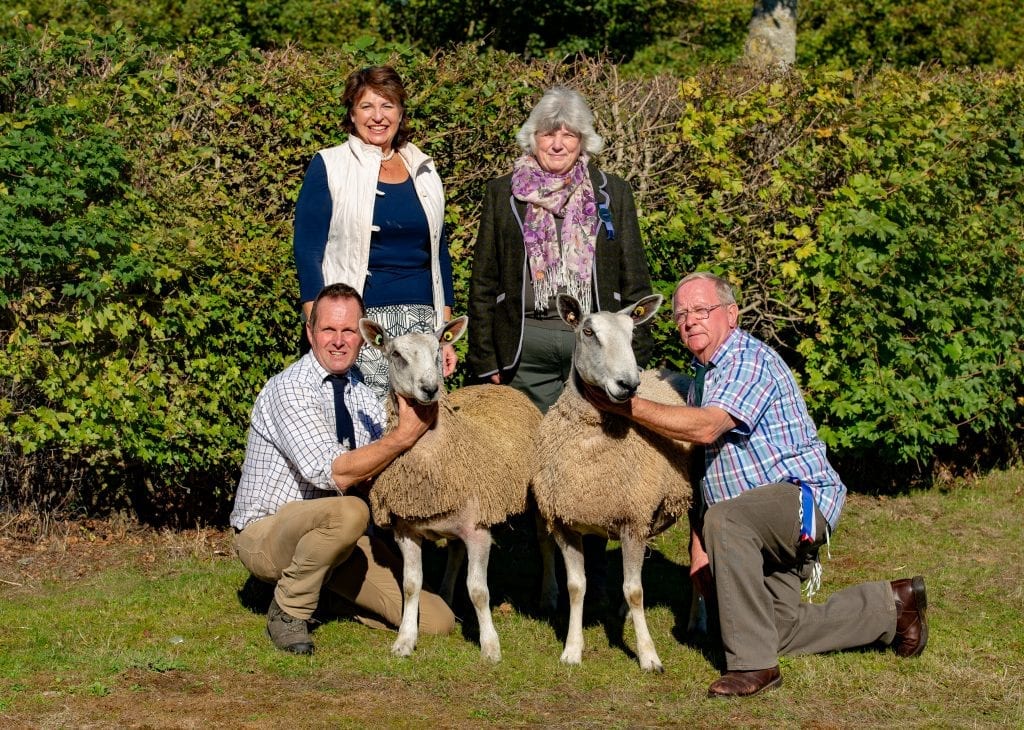 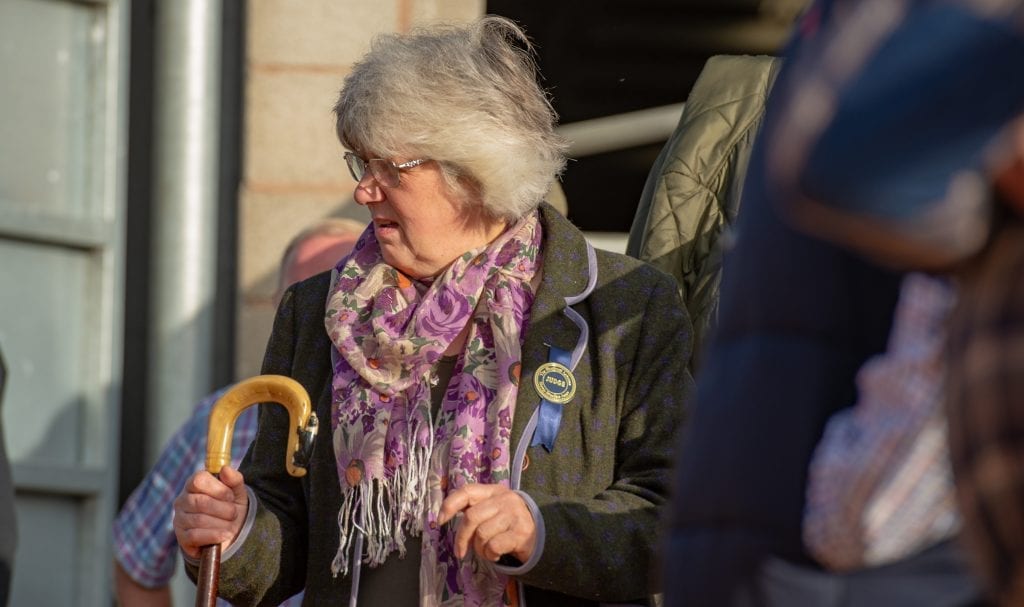 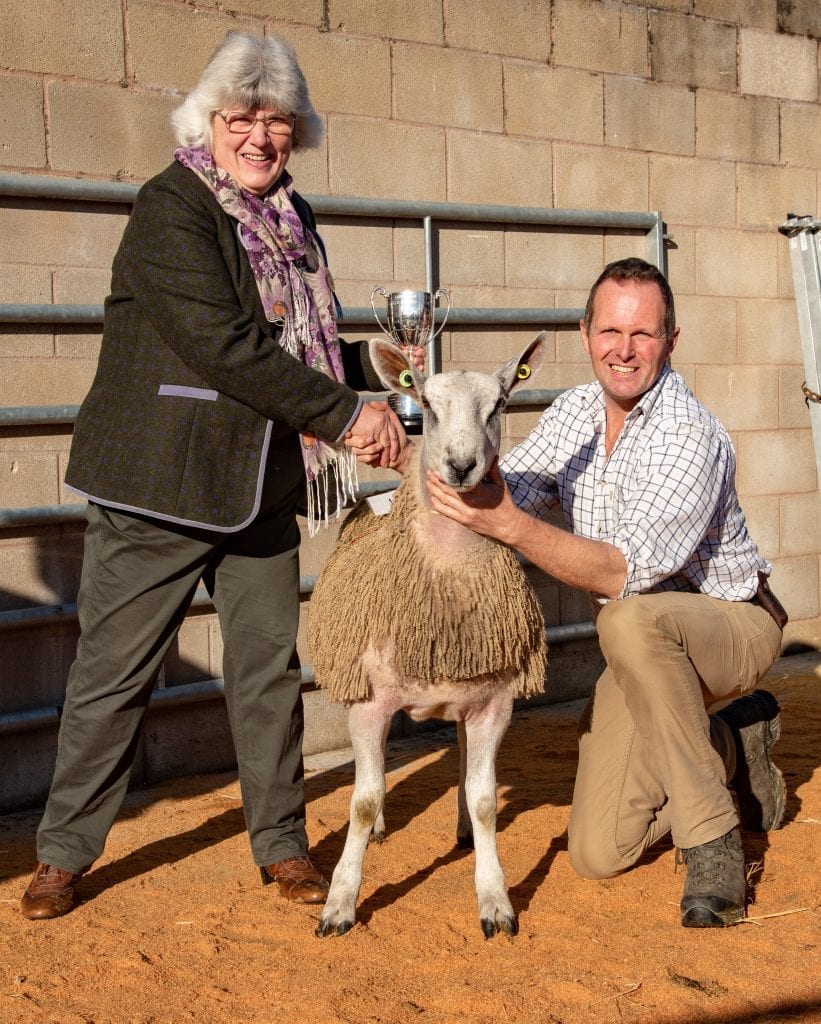