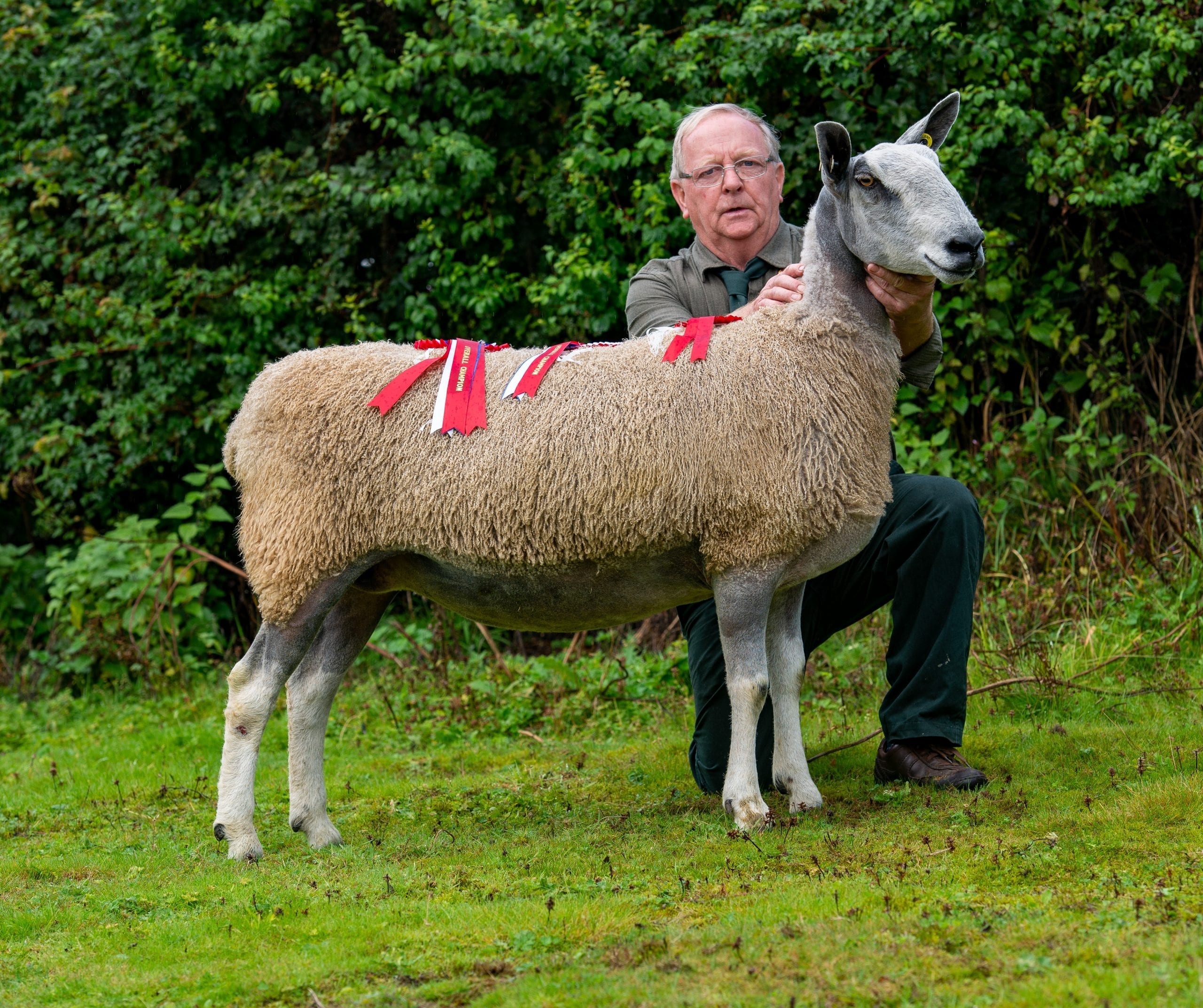 The 32nd annual show and sale of 325 registered Bluefaced Leicesters was held at Welshpool Livestock Market on Thursday 26th September, 2019 with a busy ring of buyers present

Mr Alan Clark from Mosser Mains flock travelled down from Cumbria to take on the judging duties at the Pre Sale Show with large numbers of sheep forward in all classes.

The judge found his Overall Champion in the female pen of local breeder and regular consignor at the Welshpool sale Phil May, Derwenlas flock. This is the second year in a row that Phil has taken the spoils at this sale and was delighted to take home the champion rosette again this year. Phil’s ewe was an eye catching homebred aged ewe 3822/J045 sired by Woodcroft 110/H008. She has been out on the show circuit this year standing fourth in a large class of aged ewes at this year’s Royal Welsh Show then taking the overall reserve championship at the Welsh Region Progeny Show. She was later cashed for 600 guineas to Denbigh breeder Richard Howatson, Clwyd flock.

Reserve Overall Champion and Male Champion was an outstanding ram lamb shown in the open class out of the Westow pen of David Hanson 3916/M001 sired by Myfyrian 1183/L001 out of a homebred ewe with bloodlines going back to Teviot 1521/D001 on the dam line and Street 2814/G002 on the sire side. He was sold for 700 guineas to South West breeder Barry Nicholls, Heddon Valley.

Reserve Male Champion was awarded to the first prize aged ram shown by Miss Caroline Hall, FFos-Y-Bar 1070/K036. He was bred by E Owen, Cernyw and was sired by the Woodcroft 110/H003 out of a Cernyw ewe. He was the first sheep through the sale ring and was cashed for 680 guineas to H & S Watkins, Cammen Uchaf. 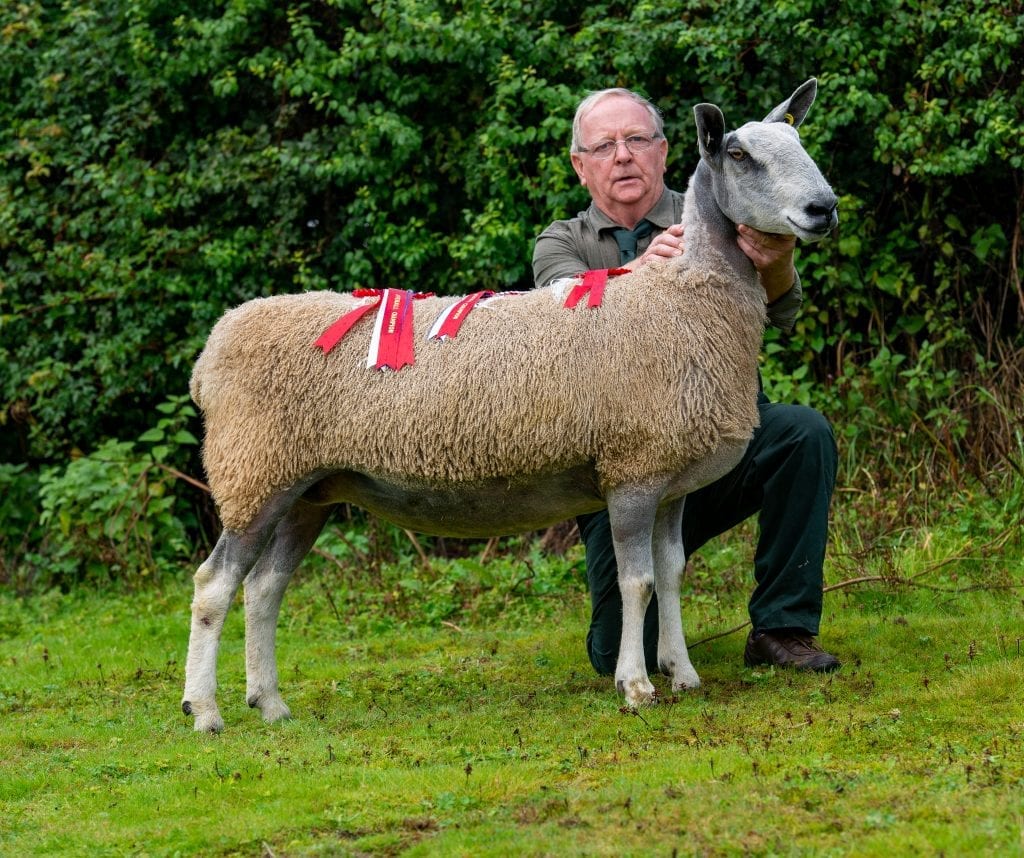 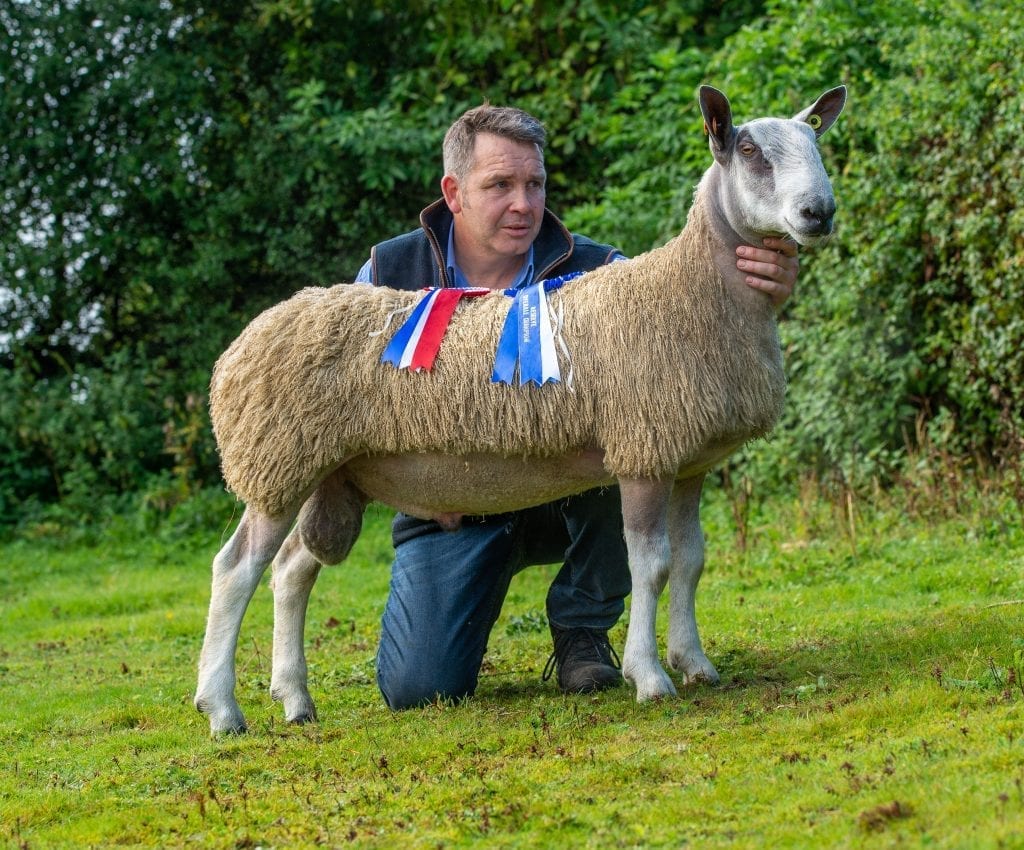 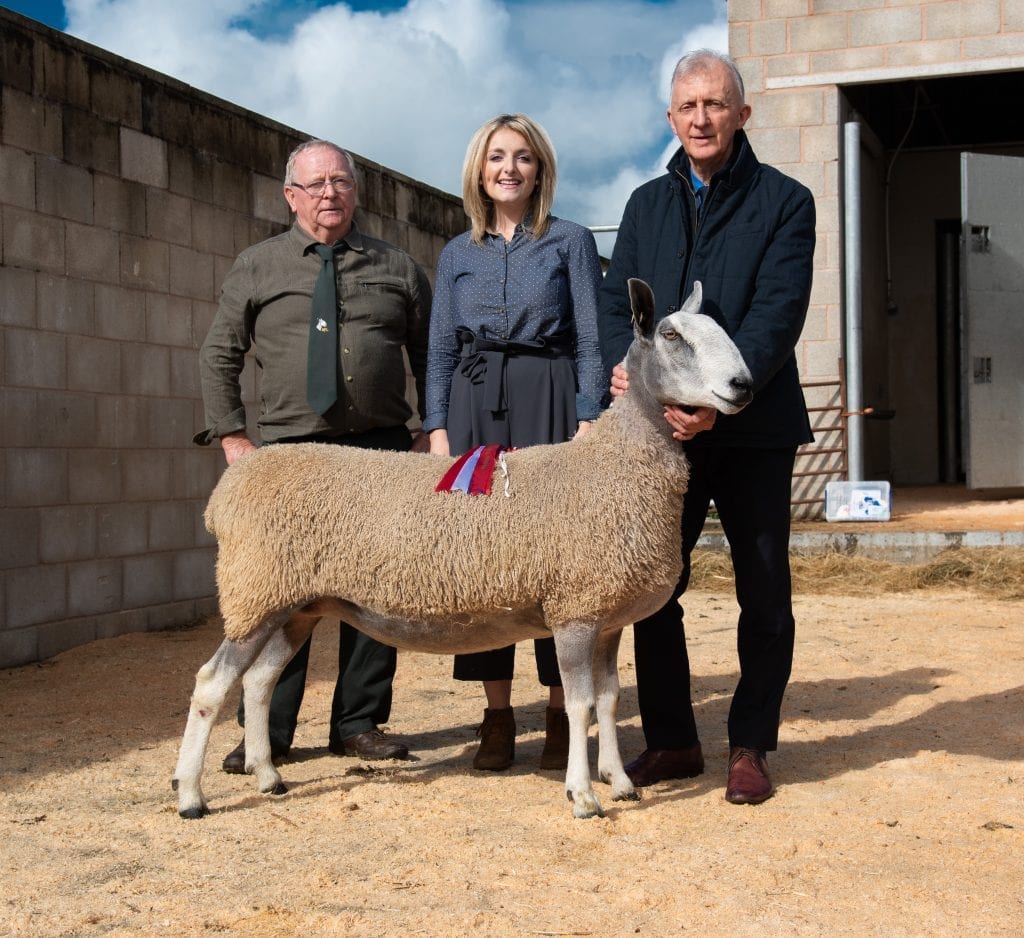 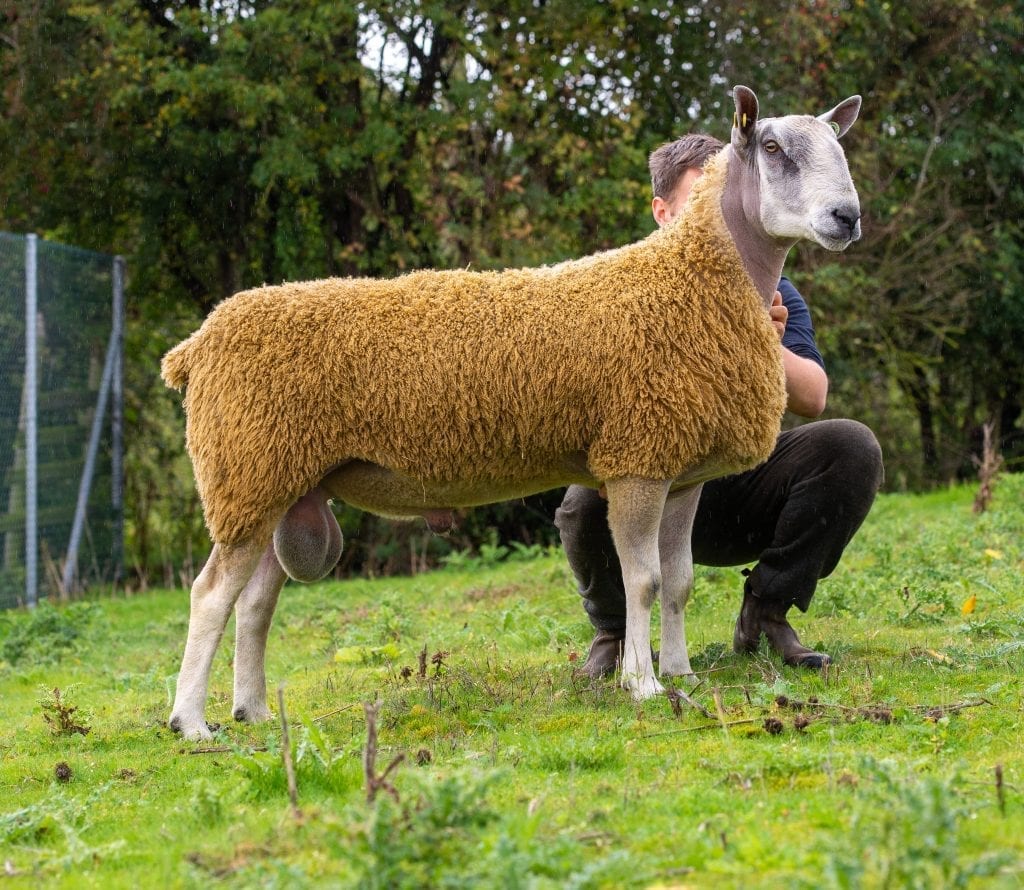