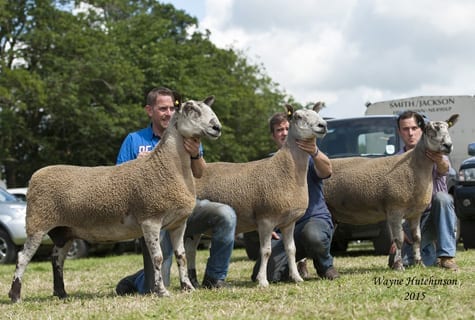 The Penrith Progeny Show is becoming something of a hit, with numbers ever on the up in the Mule section especially. The great sunny conditions kept a few breeders away, choosing to get some crop in rather than get showing, entirely understandable considering the weather so far this summer.

In the Bluefaced Leicester section, a 2.45 am start proved worthwhile for Michael and Ella James, Duhonw. Fresh from their winning streak at the Royal Welsh, their journey up the M6 proved as equally successful, again taking home the championship tickets. Whereas his G4 Midlock shared with Crow Hall, Shitlington and Clennell took the Male Championship at the Welsh, judge Harry Vickers put him a step up and he took the Overall Championship and Mike’s aged ewe, reserve at the Welsh went to take Female and Reserve Overall back again at Penrith after winning the female championship in 2010. She also formed part of the group which went on to take the Progeny Championship, with a trio of ewes by A5 Old Hemley and co-incidentally out of ewes by P22 Castle Bolton. These ewes are also great breeders between them having bred F1 Duhonw Goldenballs, retained for own use by Mike and G2 Duhonw, Reserve Champion at Hawes last year, selling for £4000.

Mike’s success didn’t end there either, he took both the Reserves in the Championship sections too. The Reserve Male Champion was a tup shared with Tom Jones (No, not that one….the Llanilltyd flock) – F4 Low Tipalt, a C8 Swarthburn out of a Z4 Hundith ewe bought out of Hawes a couple of years back off Ron & Fran Wilson. He was also the runner up in the progeny show, siring the three gimmer lambs. The Reserve Female was another A5 Old Hemley ewe from Duhonw, coming second in the class and then following that up with second place in the championship. It was a long drive up from Wales, but a bucket load of rosettes certainly made it worth the while for Mike and Ella, completing a fantastic week for them.

In the Mule section it was a familiar face at the top of the line as John Smith Jackson took top honours in both the singles and the pairs. They were both strong classes with a very big entry of high quality sheep, testament to the strength and depth of the Mule at the moment. His winner in the singles class was by the G6 Midlock, bought last year out of a ewe bought off John White, Rigg at Middleton. She went on to take the Mule Championship. Her partner in the pair, by the homebred C2 Shafthill was second in the singles too. Reserve Champion in the Mule section went to Ron and Fran Wilson with a gimmer bred at Kentmere Hall which had previously taken Reserve Champion at the Highland and overall at Skelton. In the Northumberland type class Martyn Archer had a field day, taking the first five placings in a strong class. Not totally unexpected after an eye catching display of lambs at North Sheep, but how the lambs have kept moving forward has to be a testament to the shepherding skills at Carry House, and they were by the G1 Highberries “Highlander” whom Martyn bought a half share off Neil Marston last year after it had taken male Champion at the Highland Show and an Oakhouse tup. It will be no surprise that he went and took the progeny Champion, a first for Martyn who was chuffed to bits to do so well. The reserve in the Mule progeny section went to Tom Willoughby from the Penhill with three gimmer lambs by G4 Low Tipalt bought out of Hawes last year, and has done well for them.

The show was again well run, and the turnout of sheep was of the highest quality. Many people were impressed with the strength of the classes and also the power in the modern sheep, both in the Mule and Bluefaced Leicester sections. 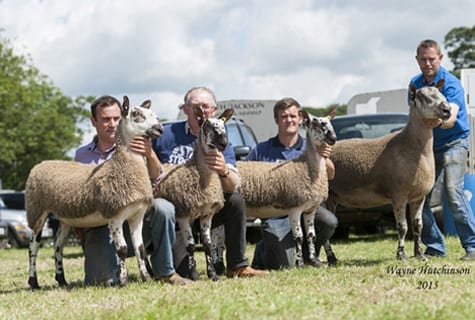 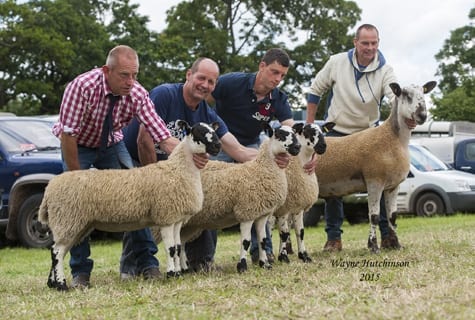 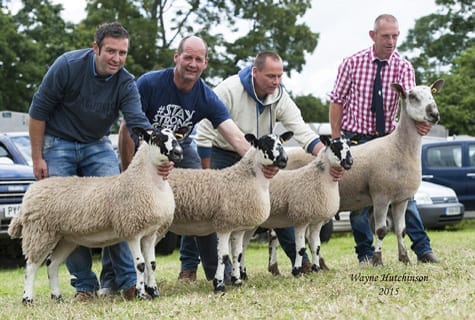 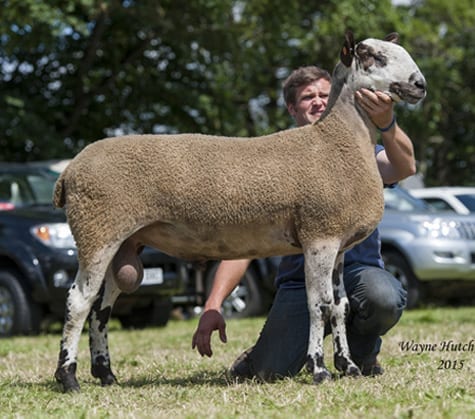 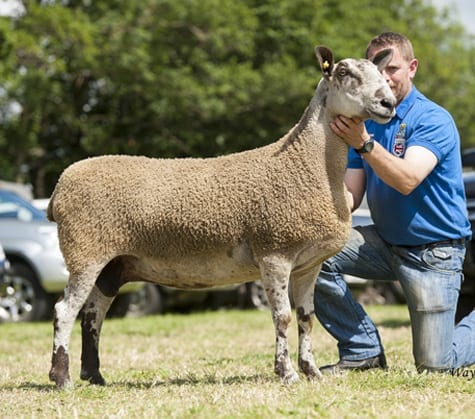 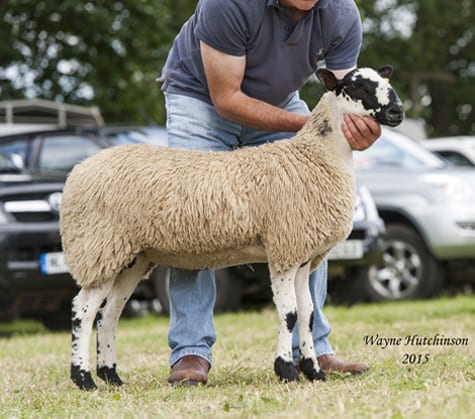 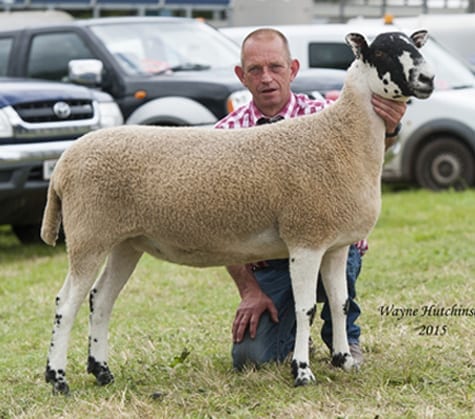