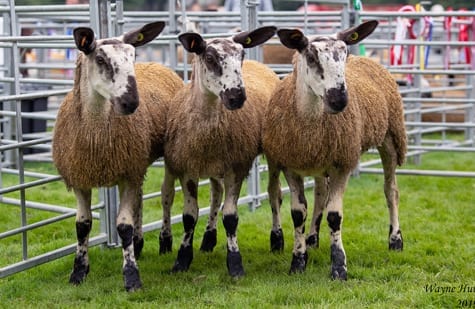 The Scottish Progeny Show continued its tour of bonnie Scotland, this time being held at the picturesque showground near the River Tay. It was an early start for some exhibitors, coming all the way from Ayrshire. The day started off dull and misty, but slowly came out as the day progressed.

Jimmy Bell was the crossing judge and he soon ran through his classes, picking his champion from the gimmer section, shown by Alan McIntyre, Glen Farm, who runs just 10 ewes under the CKC Blues banner. This sheep, by an Ian Minto bred tup bought at Stirling, was making her debut in the show ring. She is out of an Alison Bastion sired ewe. The reserve champion was another sheep making its debut, this was a lively ewe lamb from Andrew Jolly, Straloch. This sharp lamb was by a Dreva tup bought out of Carlisle and out of a ewe by a Crow Hall. The Dreva tup was also the cream of the crop in the progeny section, winning both the Bluefaced Leicester section with three gimmer lambs by him and the mule gimmer lambs which took the Mule progeny title were also by a son of the Dreva, which will be forward at Stirling later this backend. 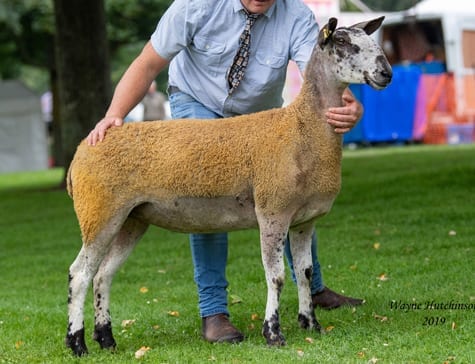 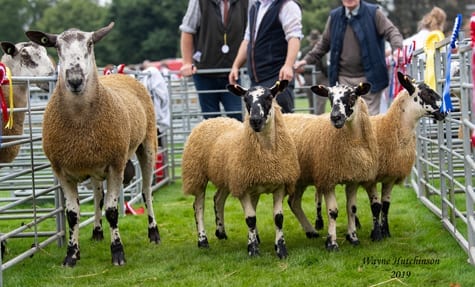 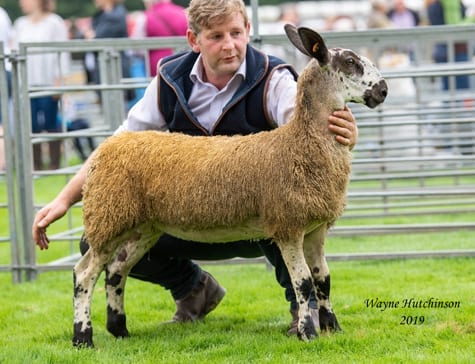