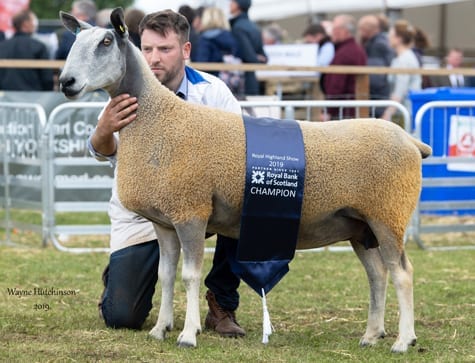 The morning conditions were perfect for showing, dry with a bit of a breeze.  Following on in the same ring as the coloured type, there was a great depth of sheep and a great following around the ring, showing the great interest in this breed, from all sides of the breed. The man in the middle was Ian Smith, Alnwick, who did a great job of sorting out some very strong classes. Taking the top honours on the day was Frank Johnson, Ashes, with a ewe he bought at the Rossiebank dispersal sale earlier in the year. She is by a Rossiebank tup and her lamb, by another Rossiebank took 1st prize in the tup lamb class too. It was a proud moment for Frank, who was making his debut at the show, and showed the old master hasn’t lost his touch! Alan Cowans, the shepherd for Sir Strang Steel, Selkirk, brought out the male and Reserve overall champion, with the Mendick tup that’s they share with Alan McClymont, who was reserve male with the vintage Burndale tup, who was making his last ever show outing, retiring as a breed legend. Michael Gray, Low Espley took the reserve female section with an aged ewe, which won her class last year. She is by the Ashes F2, and was the highest placed exhibiter bred sheep in the section.

Tup above One Shear 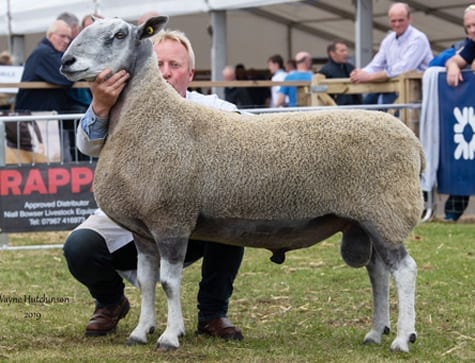 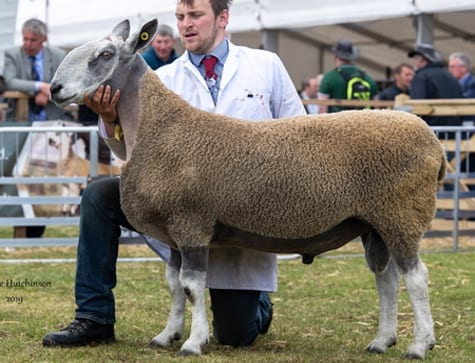