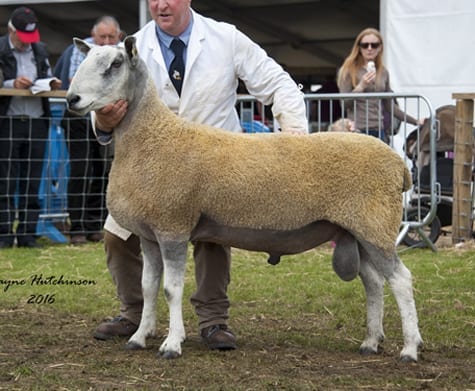 Royal Highland Show 2016
With a change in the schedule at this year’s Highland Show, the Bluefaced Leicester classes were split with the crossing type and the traditional types being shown in their own sections. The new format worked with a great show in both sections, underlining the fact that the Bluefaced Leicester is one of the dominant breeds within the UK, regardless of type, and on a day when there was a political split in the country, it was good to see great comradeship within the breed as a whole.

In the traditional section, it was a debut with a bang for Alan McClymont, Kirkstead, showing for the very first time at the Highland, mainly because of the split classes. The Leicesters are a sideline for Alan who runs 2000 Blackie ewes on the hills around Selkirk, having a flock of 30 traditional Leicesters. The Champion was an aged ram, bought for 2000 gns from the Burndale flock a couple of years back at Carlisle. Full of good breeding, he is by C1 Bonvilston, bought out of Builth Wells as an aged tup in 2013 for 4000 gns.

Taking the Reserve in the traditional section was stalwart of the show, Matt Drummond with a ewe making her show debut. This stylish sheep is full of Welsh breeding, by Myfrian Goliath and out of a ewe by the noted Myfrian Blue Dragon. There were some very strong classes and it took some sorting out for the judge of this section, Nicky Robinson from Hexham, who was very impressed with the depth of the classes and the new format. 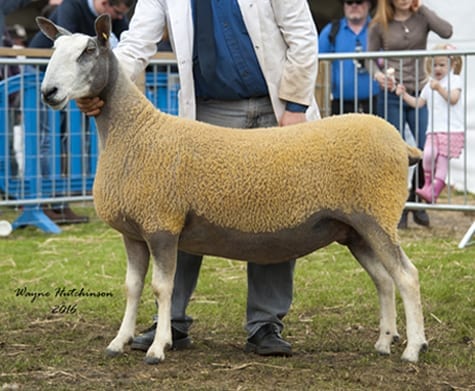 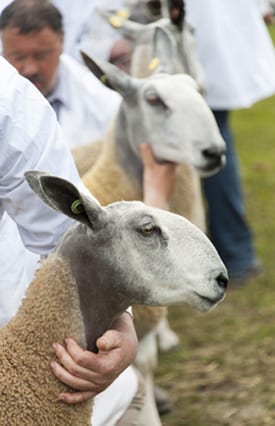 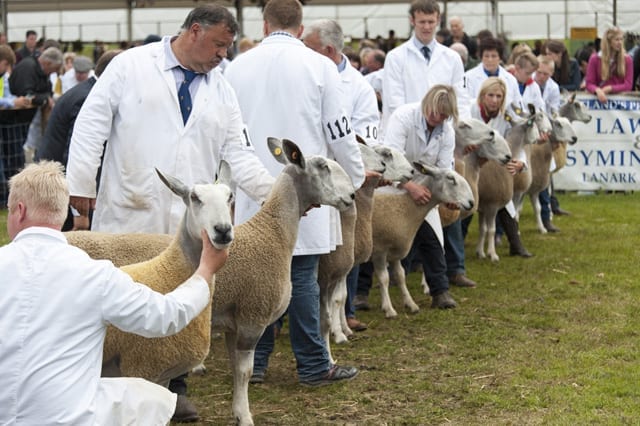