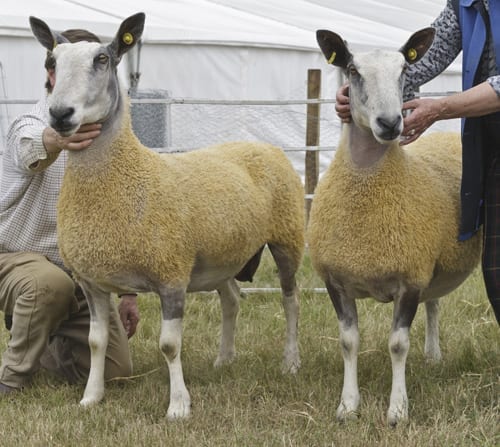 The Bluefaced Leicester Association had their second Northern Progeny Show at Turriff following on from last year’s inaugural event celebrating the Association’s 50th Anniversary. A great turn out of sheep were judged by Mr J Sharp, Newbigging Walls flock, Berwickshire.

Champion in the individual section was a very sharp ewe lamb from Matthew and Caroline Milne’s Speymouth flock. This flock was formed only eight months ago with two foundation ewes purchased privately from Ian Minto’s  Town Head Farm flock. The Champion lamb was sired by Riddings D6 and out of a ewe sired by Cottage “Cocky Boy” Y1. The first prize tup lamb was out of the other ewe bought from Ian Minto, not a bad start to their show career!

Reserve Champion came from Duncan and Mary MacNiven’s  High Craigs flock with a strong ewe sired by Ewanston  Y18, a stock ram purchased from Robin Thompson after he put his flock in lamb to him before its dispersal. Her dam was a ewe purchased at Glen Shapiro’s Hazelwood dispersal sired by Barlaes T5.

The Reserve Champion from Duncan and Mary MacNiven was teamed with a ewe of the same breeding to create a tremendous pair of ewes  that went on to win the Progeny Show Championship. Reserve in the progeny section was Ian Ogg’s Carroch flock with three ram lambs with their sire, Riddings E1 bought at Hawes for £4,000 last year by Midlock C3. All three lambs were out of home bred ewes.

Ram Above One Shear

Progeny Show - Pair of Ewes Sired By The Same Sire

Progeny Show - Pair of Gimmers Sired By The Same Sire 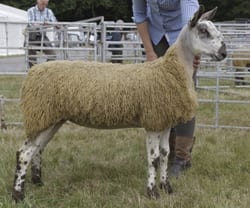 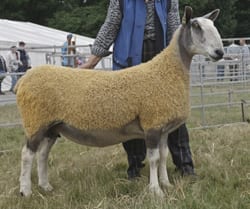 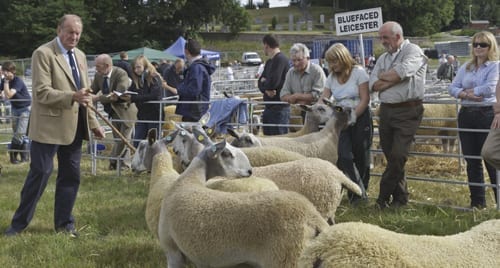