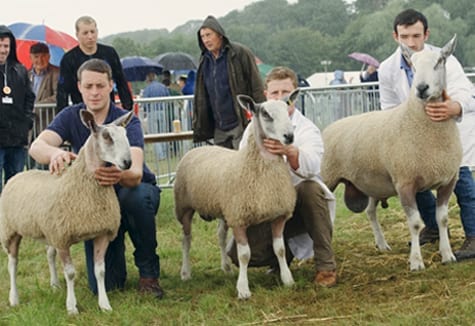 The classes were split again this year with sections for both Traditional and Crossing Type.

Judging the Traditional section this year was Mr Gordon MacKenzie, Broomhill Farm, Muir of Ord. In the show classes Mr MacKenzie found his Overall Champion in an eye catching homebred shearling tup from M & C Drummond, Cassington. The tup is sired by Auchry/H3 and out of an 11 crop ewe, and has been successfully shown this year achieving first in a good strong class at the Royal Highland Show and Interbreed Champion at Stranraer Show last week. The ram will be for sale at this year’s Kelso Ram Sale on September 8th.

Reserve Overall Champion was awarded to the female champion, a sharp gimmer from M Seed & Son, Auchry 4447/J34. She is sired by Myfyrian/H1 and she was on her first show outing this season. At the 2016 Turriff Show she was shown successfully as a lamb taking the overall breed title. Her half brother who was also the first prize ram lamb and part of the first prize group of three, and out of a homebred ewe by Craig Yr Orsedd/G2 will be forward for sale at Kelso Ram Sale.

In the Traditional Progeny section, the champion group was awarded to M Seed & Son, Auchry with their pair of lambs by the same sire (shown with sire). They were sired by Myfyrian/H1 who was bought out of Builth Wells as a lamb two years ago for £3600, and reserve group was awarded to a pair of shearing rams by the same sire from R Neill, Rossiebank.

Progeny Show - Pair Of Lambs (Any Sex) By The Same Sire 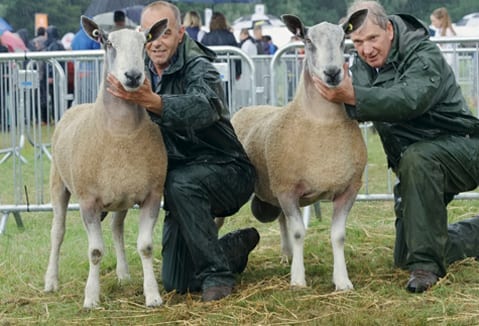 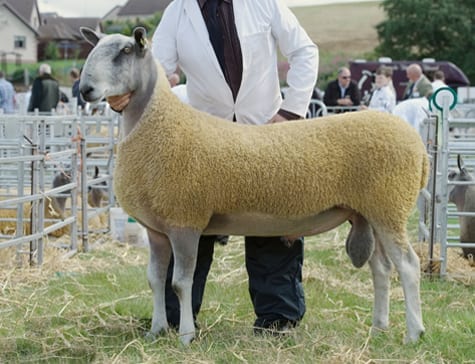 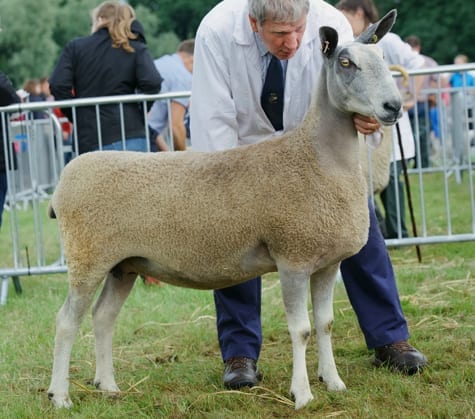 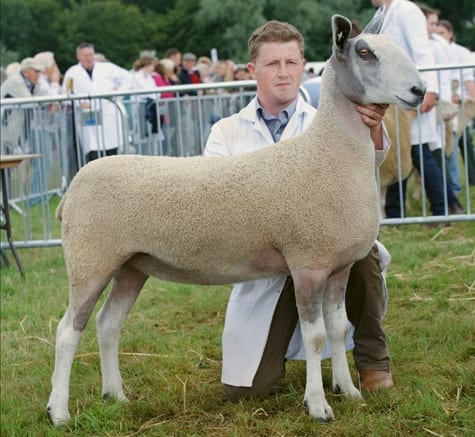